‘Immense’ and ‘magnificent’ were the phrases utilised by manager Graham Coughlan to describe his players’ battling 2-1 win away at Northampton Town this afternoon.

A spot-kick by Danny Rose put the Stags into the lead on 12 minutes, following a red card to Cobblers’ winger Sam Hoskins for the challenge that resulted in the penalty.

Midfielder Willem Tomlinson notched his first goal of the season in the second-half to put the game beyond any reasonable doubt, despite the hosts pulling a goal back late on through Harry Smith.

The Stags’ boss says it was ‘a true Mansfield Town performance’ from his charges.

“I don’t think that was football today – I think it was rugby to be quite honest with you,” he told iFollow Stags. “It wasn’t a spectacle, but our players were absolutely magnificent.

“They wore their heart on their sleeves and headed everything. I don’t think there was a Northampton player under six foot and they played for set pieces.

“Our lads were absolutely immense. That was a true Mansfield Town performance – true grit with their hearts on their sleeves.

“If anyone accuses the players of not playing for the badge, just take a look at what those lads did today. They stuck their bodies on the line for this football club today.

“The lads knew what was coming as we’ve played Northampton twice now under my reign. And we were the better team on both occasions. 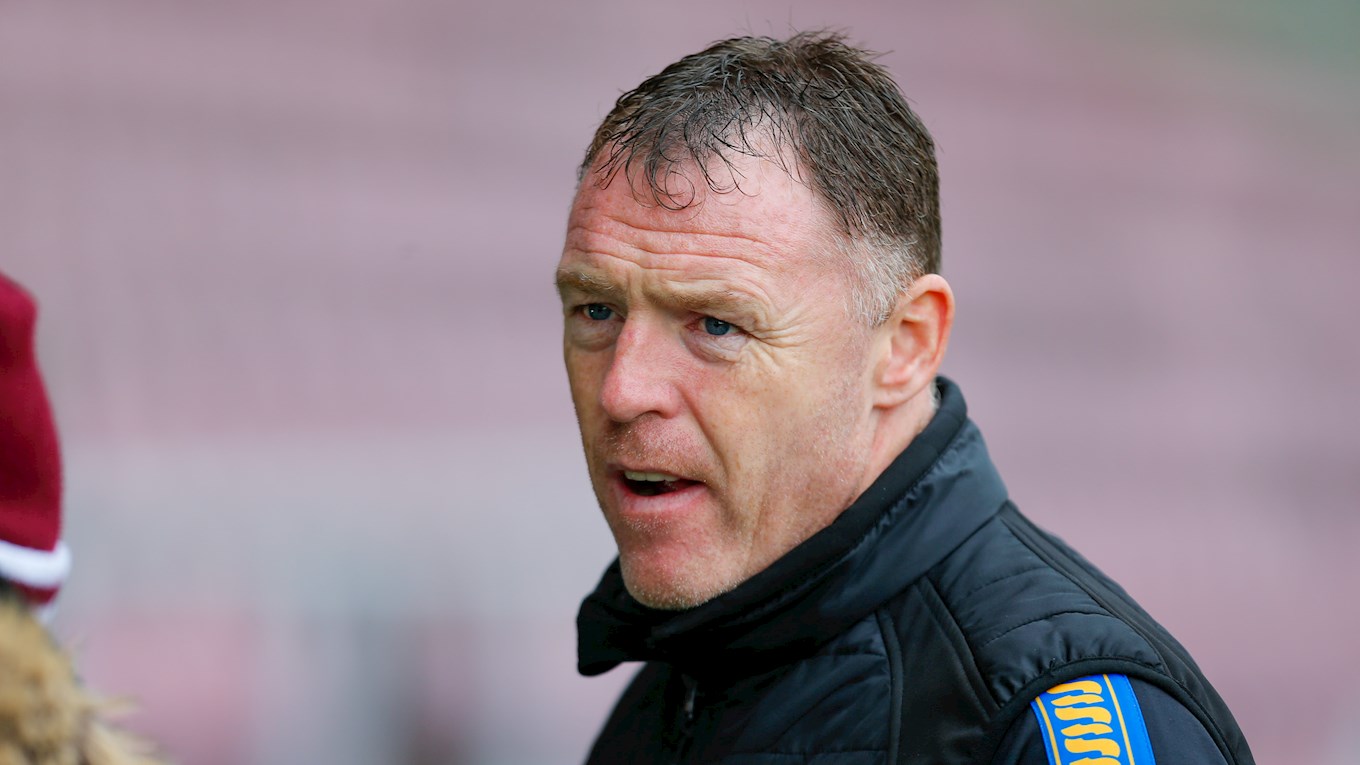 “I think that was a textbook way to play against Northampton. We had to stand up to it and we were absolutely brilliant today.”

The manager was also highly complementary of his midfield this afternoon – comprised of Tomlinson, Harry Charsley and Neal Bishop.

There were also kind words for the Stags’ defensive line, who were set the challenge of dealing with a highly physical affair.

“Will [Tomlinson] has been immense – him and Harry Charsley – and I must say Neal Bishop as well, as his game has gone to another level,” added the boss.

“The back-line as well, they stuck their head on everything. It was a really determined display.”

Speaking of the red card shown to Hoskins in the first-half - following his push on Charsley as the midfielder raced through on goal - Graham Coughlan believes that the game may have benefited if the winger were allowed to stay on the pitch. 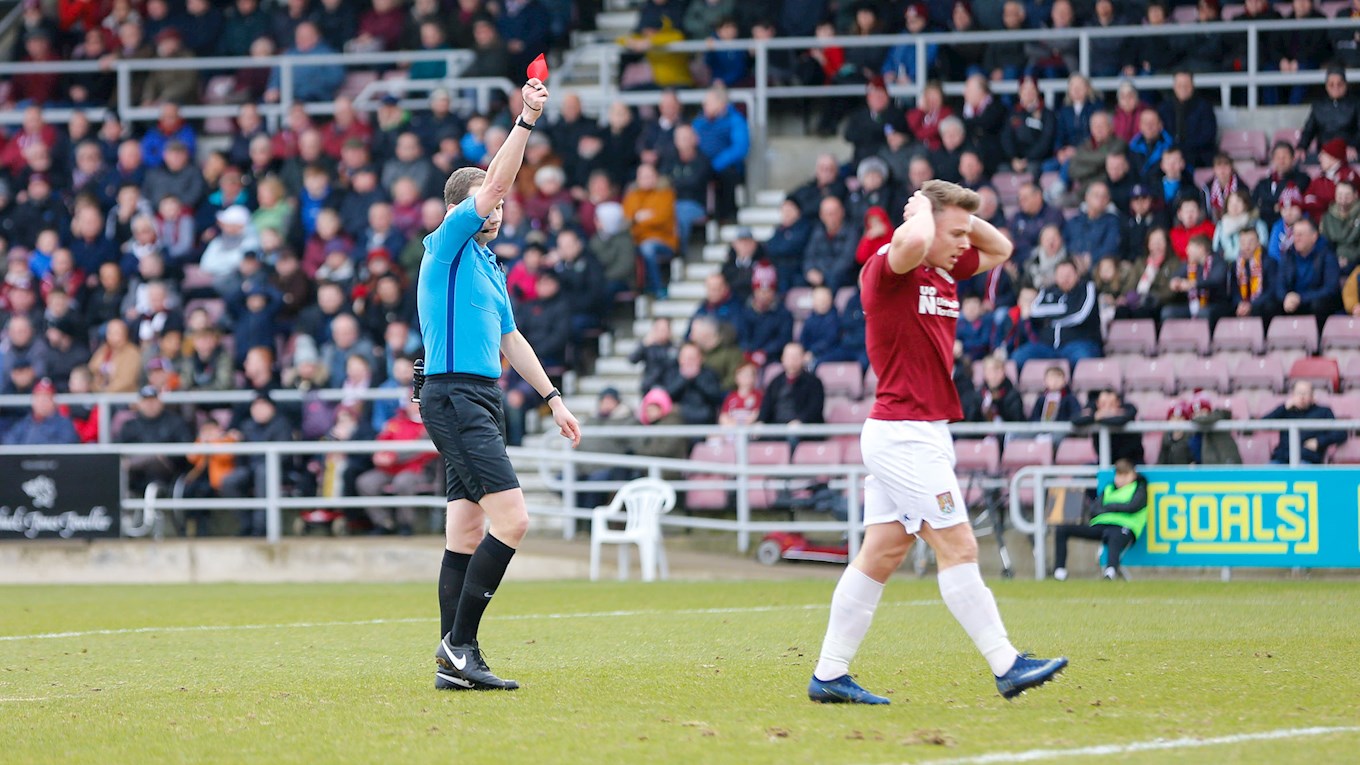 “It [Hoskins challenge] was a push in the back, therefore it was a penalty. I personally wouldn’t have sent the lad off, but hey ho, I’m a football manager.

“I don’t think the lad deserved to be sent off and I wish he hadn’t have been sent off, because after it, the game just became a farce.

“I didn’t think it was nice to watch, to be quite honest. We did have a degree of control [after the sending off] but we had numerous occasions where we should have put the ball away.

“But I said to the lads inside, if that game had been 1-0 and we conceded late on, we’d be kicking ourselves.

“We have to find a bit of a ruthless streak and a bit of conviction about our play.” 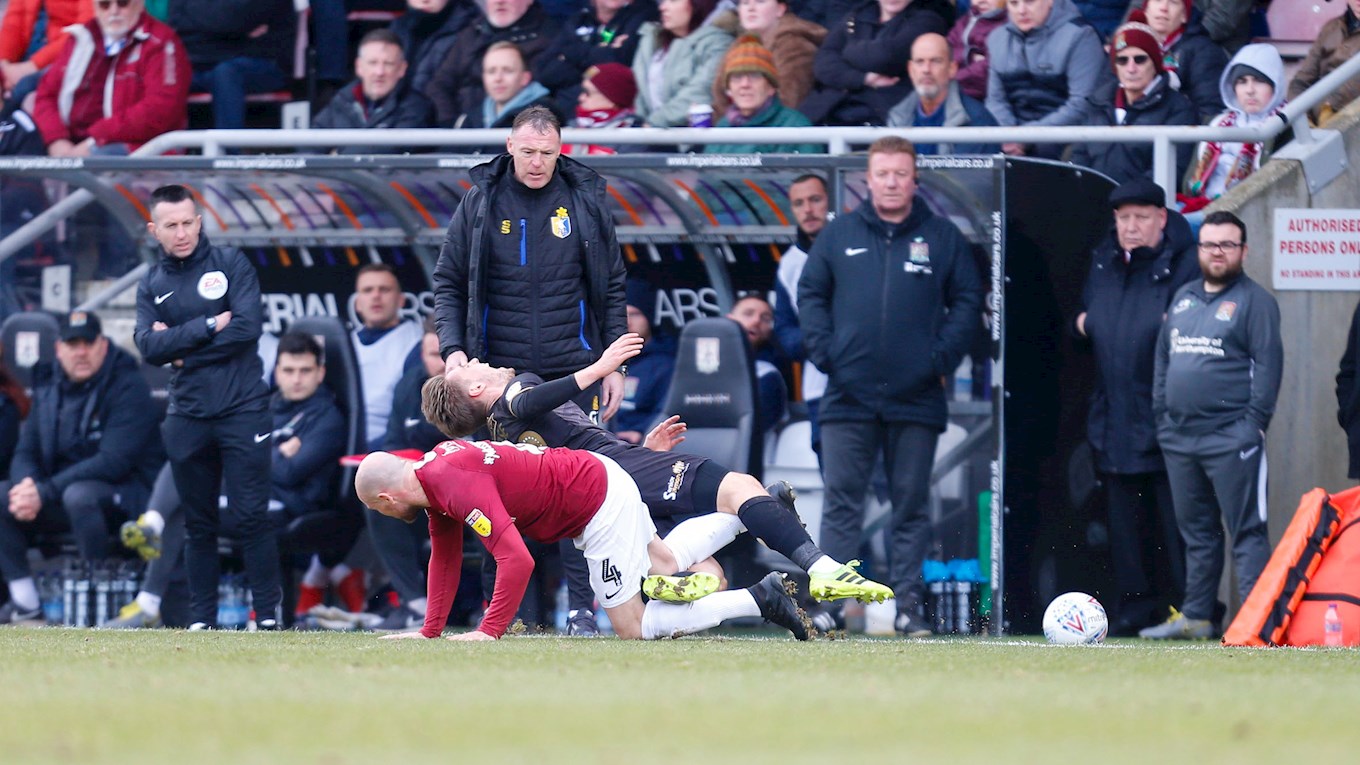 The boss also highlighted his aim to achieve back-to-back wins before the season’s close, with high-flying Crewe the visitors to One Call Stadium next weekend.