Hat-trick hero Nicky Maynard believes Mansfield Town’s come-from-behind victory against Cambridge United has given his side extra ‘belief’ heading into the New Year.

The Stags were made to work hard for their first victory under manager Graham Coughlan after two goals twice sent the visitors behind at Abbey Stadium.

Forward Harvey Knibbs and skipper Greg Taylor sandwiched Maynard’s first of the afternoon, and with midfielder Reggie Lambe dismissed shy of the hour-mark, Mansfield made their one-man advantage count.

Two further strikes via Mansfield’s No.11 sealed all three points on the road – something Maynard feels will spur the amber and blue on. 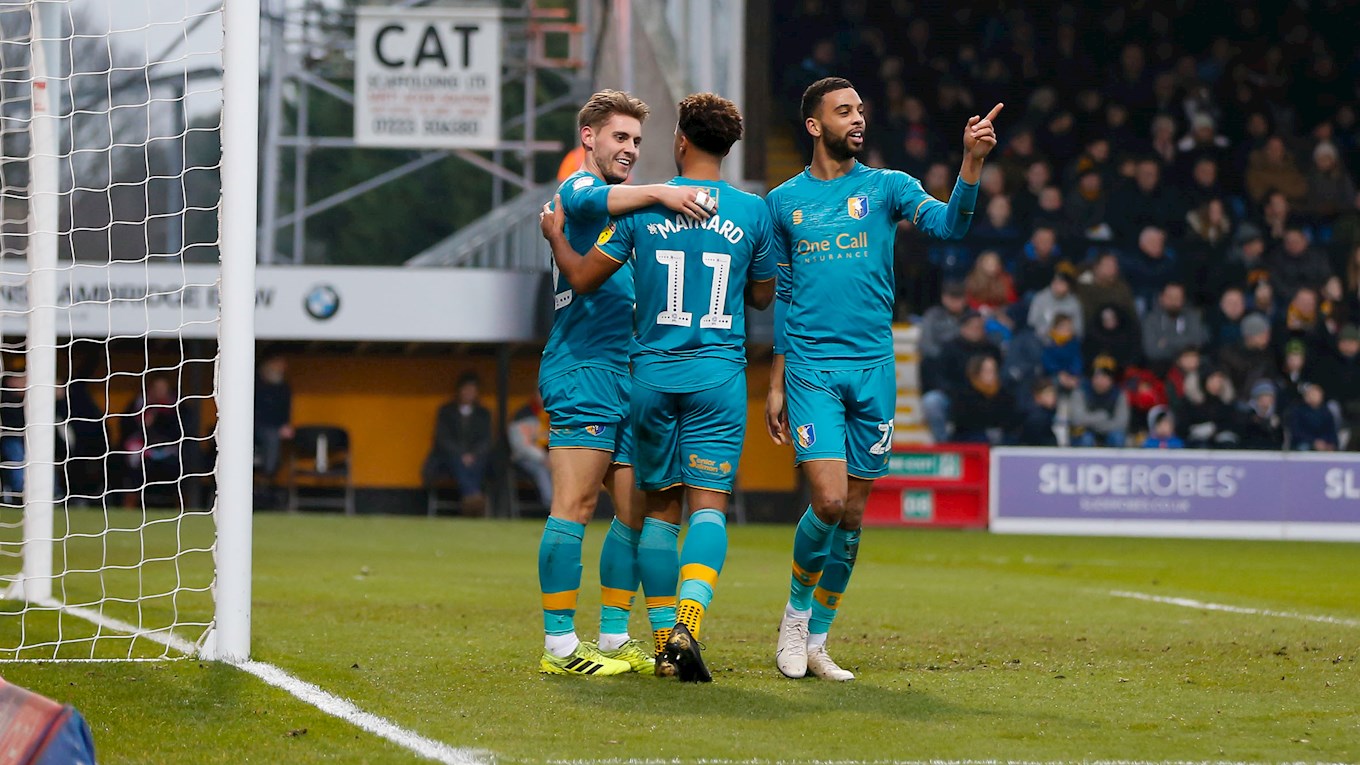 “It’s given us the belief,” the match-winner told iFollow Stags.

“I know there’s been times where we’ve been behind and we’ve not had the belief to think we can still get something out of the game.

“But we’ve shown that we can come from behind, dominate the game and come away with three points. Now we’ve just got to keep the momentum going into the next game.”

The 33-year-old assessed the overall contest against the U’s, as he stated his side had to ‘dig deep’ to secure victory in Sky Bet League Two.

“We’ve had to dig deep. I think we’ve been playing a lot better with a higher tempo, without getting results.

“The gaffer drummed it into us to say that the first win would be hard but now we have that we can gain some momentum. 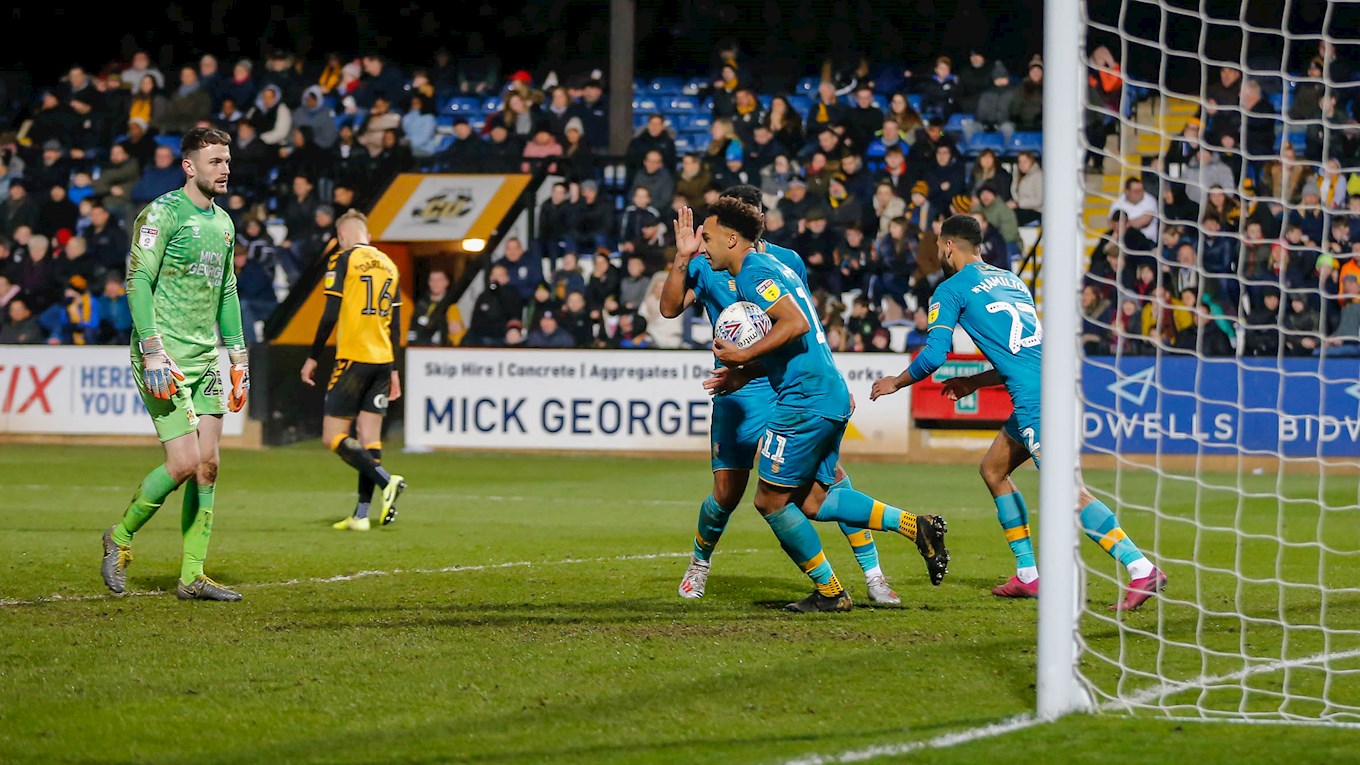 “We were a bit lackadaisical in the first half. I thought we were the better side without being ruthless in the penalty box.

“We had the talk at half time that we weren’t pressing enough, giving silly fouls away but we nipped that in the bud and we knew that we had the beating of them.

The former West Ham frontman then picked his favourite finish from Wednesday afternoon while remaining adamant his targets for goals stretch further than the current tally of 11.

“My expectation is always to get double figures,” he continued. 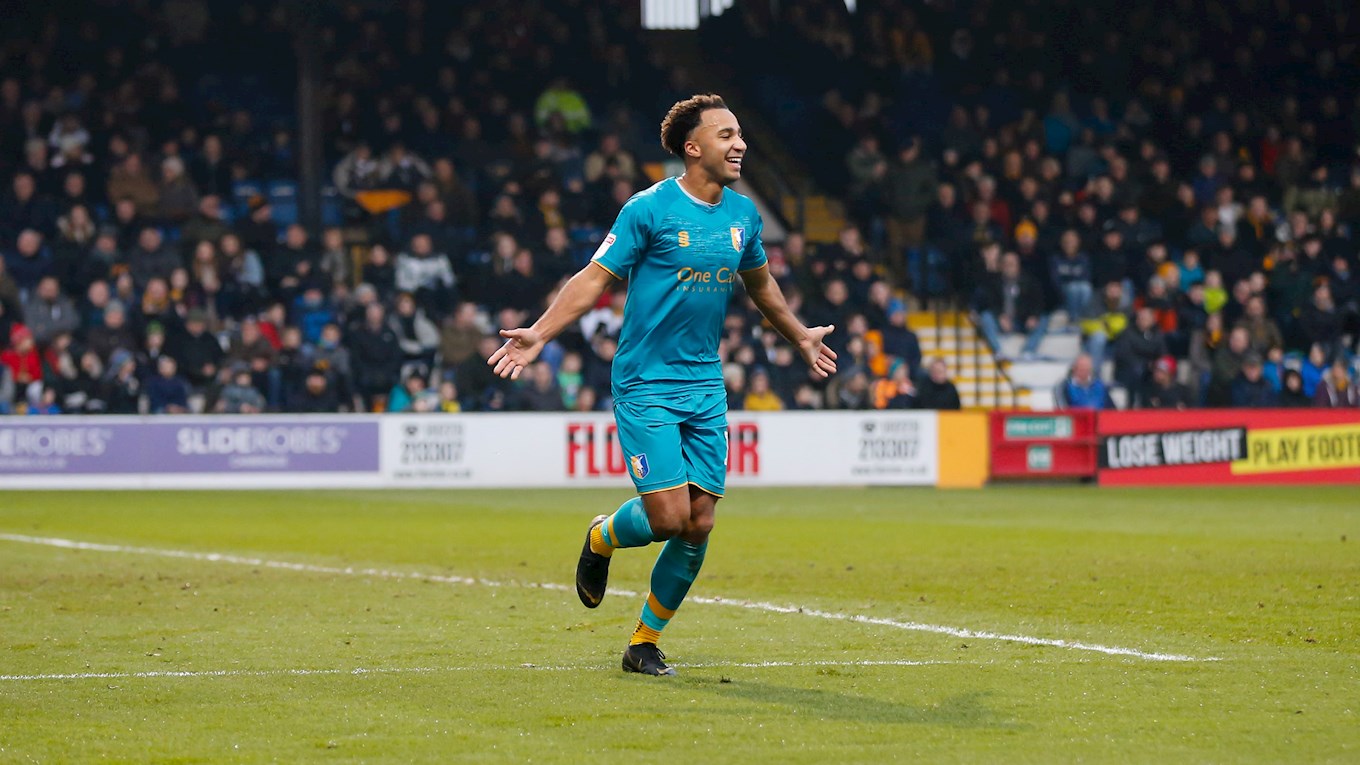 “I pride myself on getting chances and scoring goals, but as I say, I’m not going to be happy now. I’ll keep pushing and striving to score as many as possible.

“The competition for places in the dressing room is up there and you’ve got to take your chance when you get it.

“The header at the end, the winner [was my favourite]. I do score a few headers but not ones where I have to compete against other defenders that are a lot bigger than me.

“As I’ve gone to celebrate, the defender's put his arm out and I’ve ran straight into it. It was unintentional but it ruined my celebration!

“I wanted to celebrate and waste a little more time because we were ahead – it was about seeing the game out."