A scintillating performance below the One Call floodlights produced both three points and three goals during 90 minutes of Sky Bet League Two action.

Headers courtesy of strikers Danny Rose and Nicky Maynard in the opening period set Mansfield on their way to victory, before substitute Andy Cook placed the contest beyond reasonable doubt with his first touch.

Subsequently, MacDonald could only think of one adjective to sum up Saturday’s result.

“It was an unbelievable performance from the players, the stadium, the fans and it was one we needed,” the No. 7 told iFollow Stags.

“[After] everything we’ve been working on, this performance is no fluke. We’ve been so close in terms of performances but we’ve just been a little bit naïve at the back. 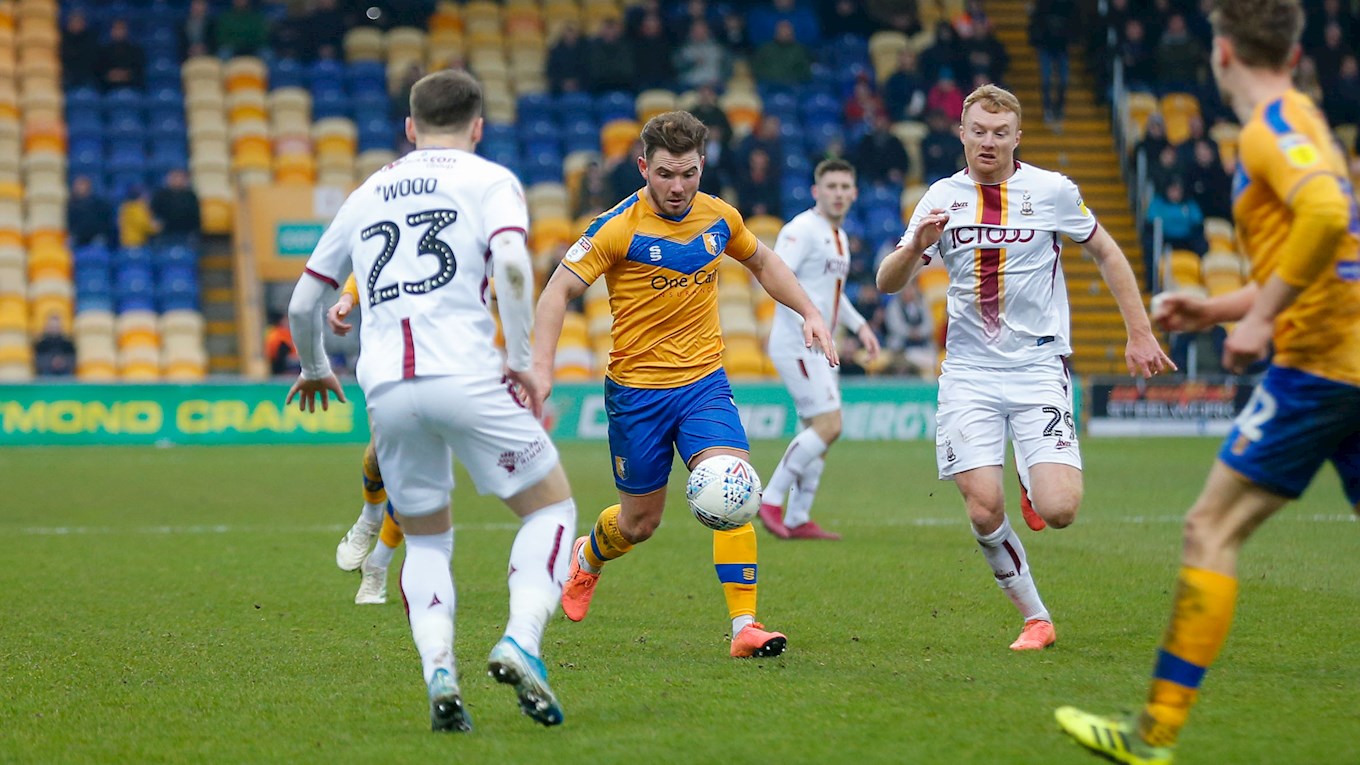 “Today, we were solid and it felt like we could have stayed out there all day without conceding.

“We had the right mentality going into the game, a fantastic week on the training pitch and you put them together with the hard work.

“When you’ve got front players who are starting you off and starting the press, as a team you’ve got to back that up and we did that all over the park today.”

The former Burton Albion man also stressed the importance of their willingness to press the Bantams as a key facet to earning their seventh league victory this season.

“We’ve been desperate to develop that [pressing] into our game. The second the manager walked in he was all about that.

“It’s an all-action performance and it started from the front. When you do that at home, as well as what we started, and when we’ve got the Stags faithful behind us in their numbers this is a difficult place to come. 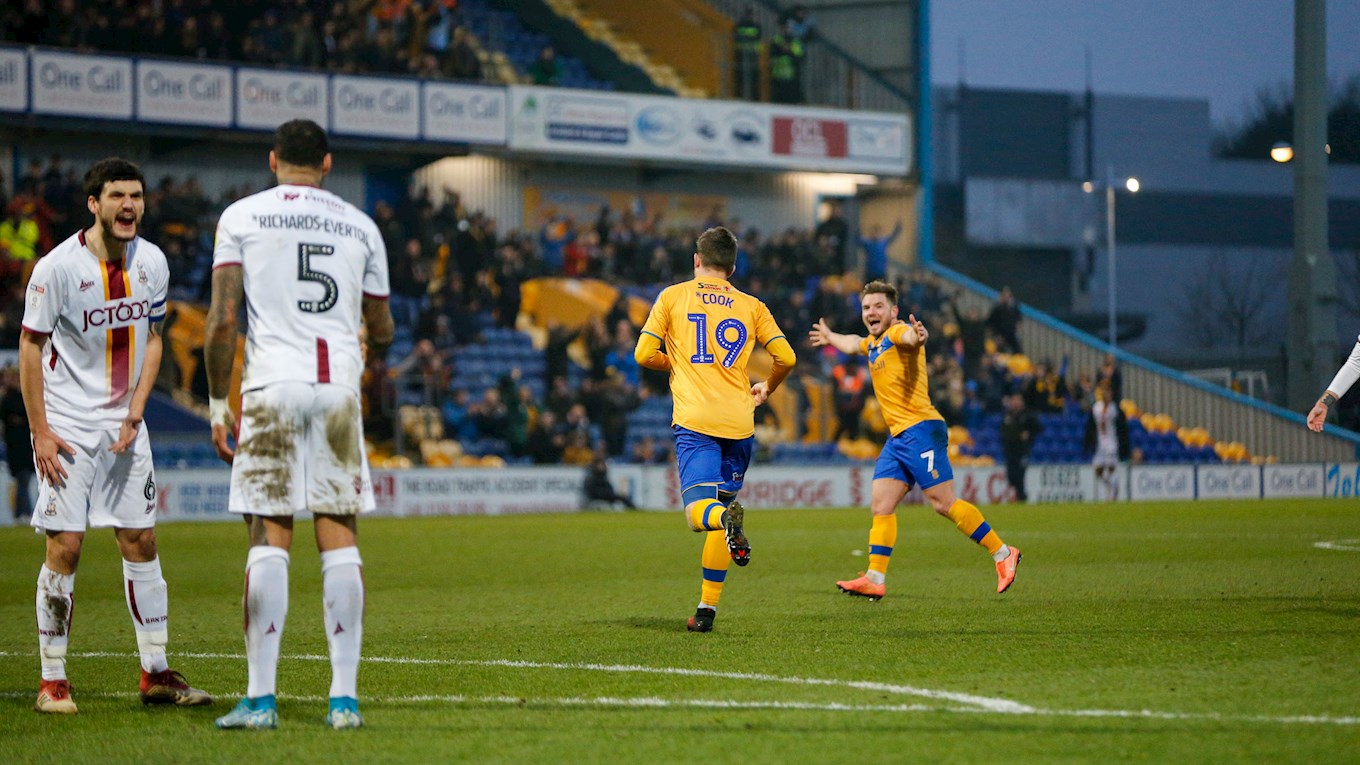 “Before I joined it was always the case. We know we haven’t had the best of seasons, we’re under no illusions, but we’ve just said in the changing room: that has to be a start now.

“That’s the benchmark of what we need to do and the way we need to do it. Hopefully, we can replicate them performances and come away with great results like today.”

And the 29-year-old spoke highly of manager Graham Coughlan’s endeavours to alter the mentality since his arrival in mid-December.

“[He’s] tried to change the mentality, to bring in a real winning mentality,” MacDonald stated.

“We’re going out there not to see games out – and I think you’ve seen that in games we’ve played. 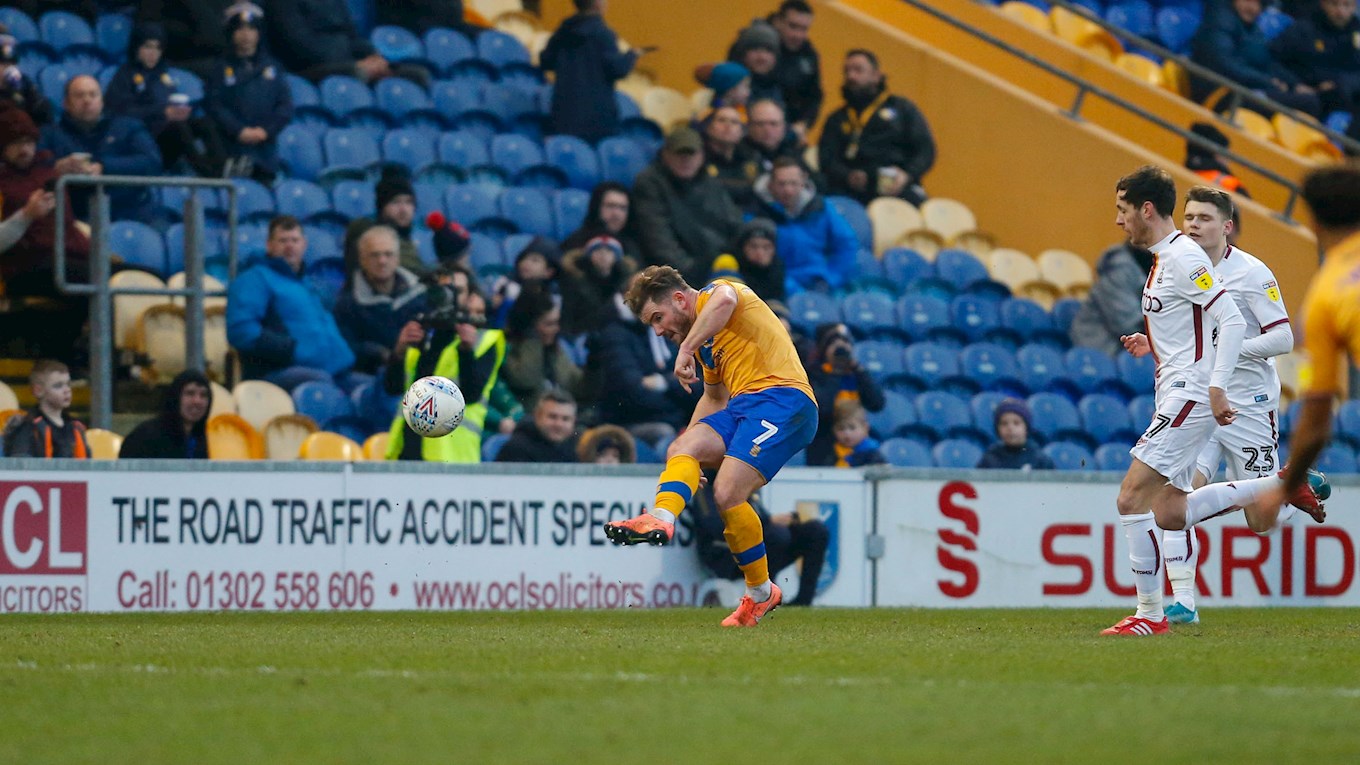 “We went down to Plymouth, who are arguably the best footballing side in the division, and for large parts of the first half we played some great stuff.

“We put them under pressure and we were on the front foot. We’re showing everything that he [Graham Coughlan] wants but we just need to keep the ball out of our net.

“It came today, but over the last couple of performances everyone has seen what we’re capable of.”