Assistant manager Joe Dunne says that he and manager Graham Coughlan will increase the intensity levels in the first ‘full’ week of training with the squad.

The former Colchester United and Cambridge manager, who was appointed as the amber and blue’s new assistant boss last month, spoke to iFollow Stags and the local media at a news conference on Tuesday morning, following a hectic festive schedule.

The 46-year-old says that the management team have a chance to ‘implement some ideas’ in their first full week of training with the Mansfield squad, ahead of Saturday’s home match against Forest Green.

“It [time so far at Mansfield] has been pretty intense,” he began. “The amount of games we’ve had in such a short space of time, it’s been all-guns-blazing.

“The games have come thick and fast and there have been a mixed bag of results. This week gives us a clear week to allow us to implement some ideas. 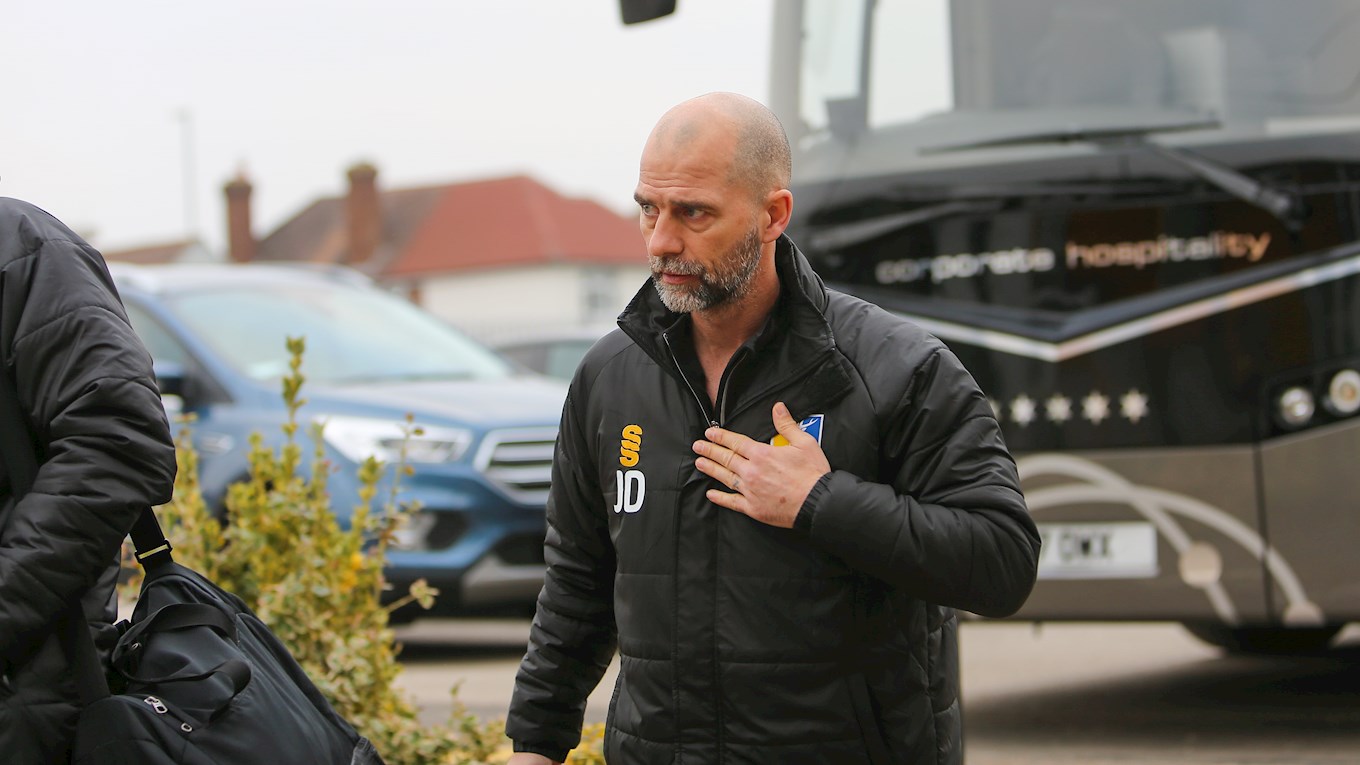 “We just feel that the intensity can improve. We do believe that in recent games we’ve done well in long periods of those matches.

“There are a lot of positives that we think we can work on. This week will give the players a chance to feel what it’s like to work under Graham [Coughlan].

“It requires a healthy lifestyle and total dedication to the way we train and the way we want to play. We want to make it a way of life for these players.

“They’ll know by the end of the week what it’s like to work full-time under Graham. We believe in improving standards and fitness.

“We feel the players can allow themselves to be pushed, because we feel that there’s growth available to the squad, so we’ll push them as much as we can. 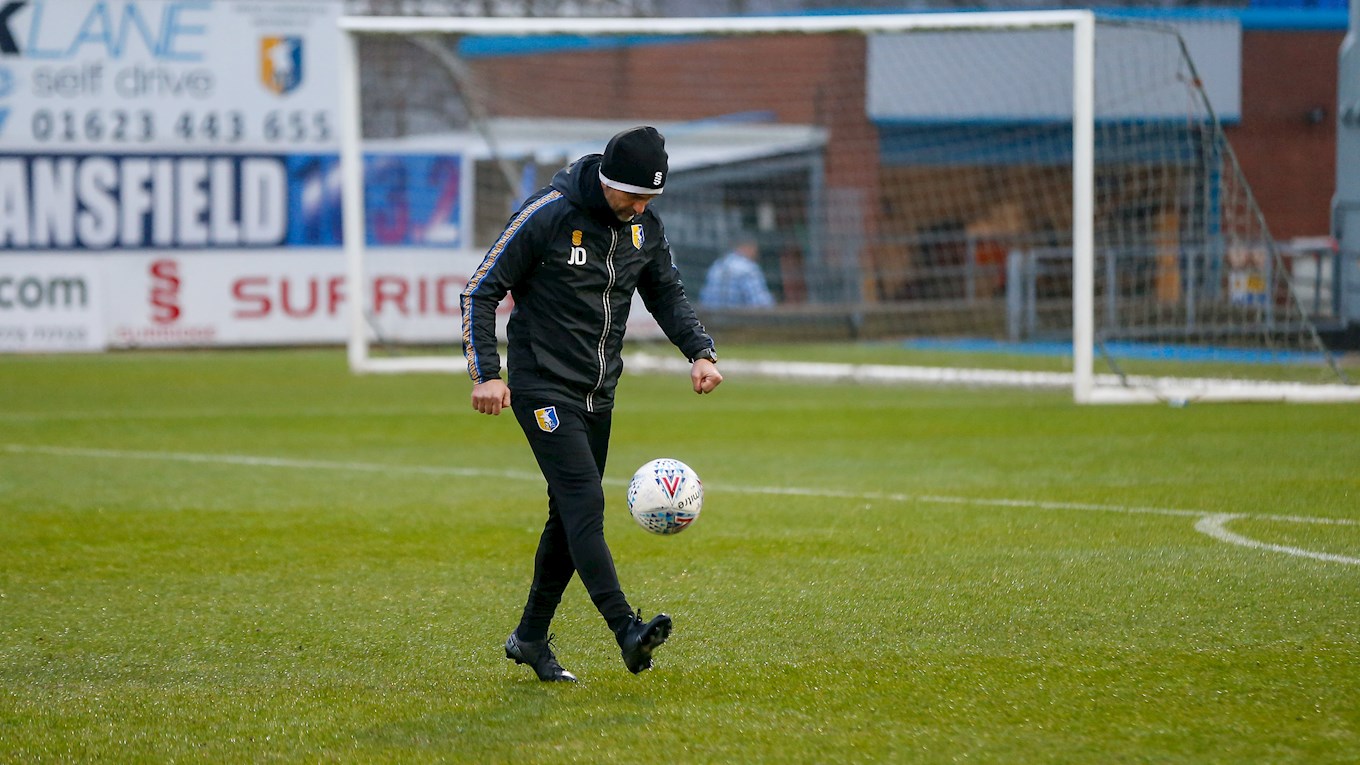 “We feel that with the intensity that Graham wants to play at, we can improve. In the games we’ve played, there have been a lot of positives to show the steps we can take moving forward – we just want to continue that.”

The Stags’ assistant boss also revealed that on-loan midfielder Conor Shaughnessy has been recalled by his parent club, Leeds United, while providing an injury update on a trio of Mansfield players.

“Conor [Shaughnessy] has unfortunately been recalled by Leeds,” he added. “It’s a shame for us, having not really had a chance to work with him.

“Ryan Sweeney has progressed well, having missed the Grimsby game. We’re hoping by the end of the week he should have more training sessions under his belt. We expect anyone that trains this week to be in contention [for Saturday].

“Willem Tomlinson is making great progress and will hopefully be another player who we can add to the squad by the end of the week. 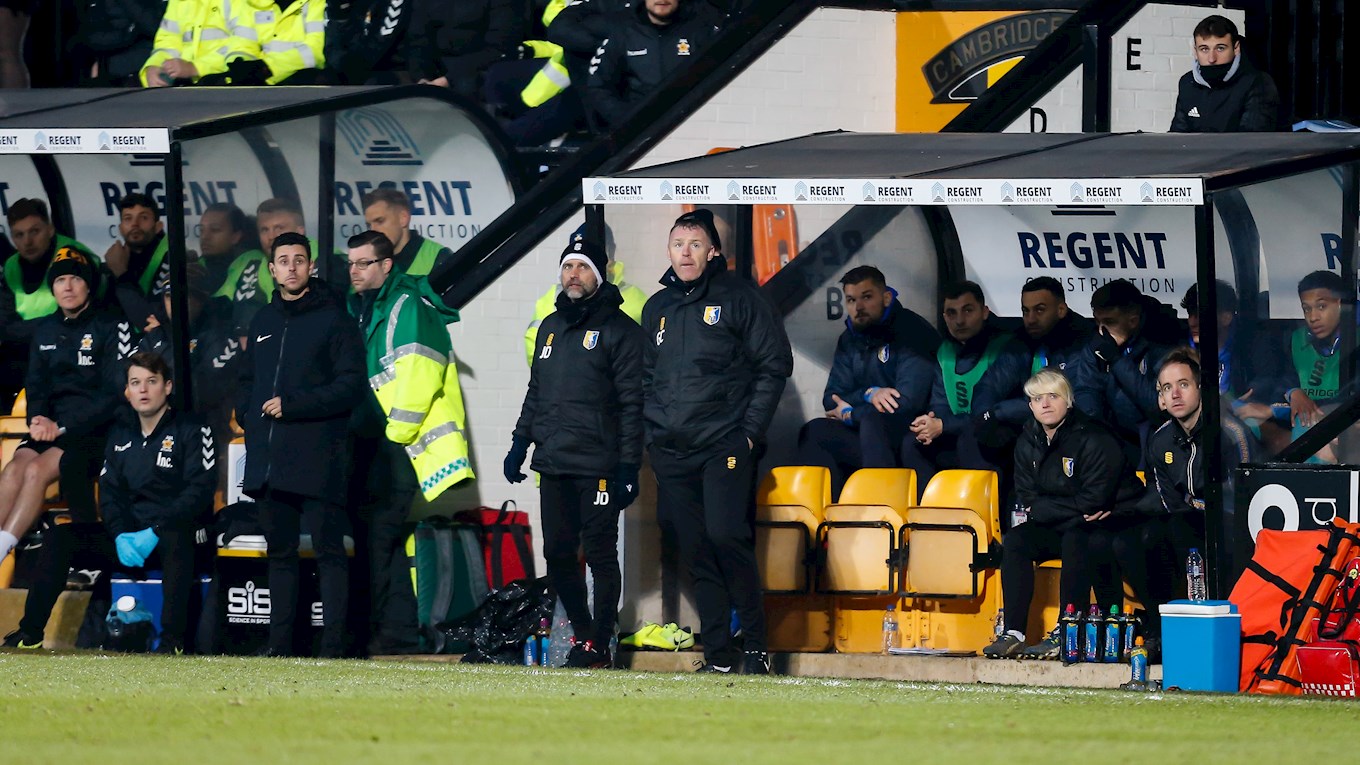 “The latest we heard on Kellan Gordon was that he’s had a little bit of a setback so unfortunately, it looks like it’ll be another few weeks before we can get his presence onto the training ground.”

In the second week of the January transfer window, the assistant manager says that ‘ins and outs’ are the ‘nature’ of any window.

“The nature of any [transfer] window is ins and outs. We’re active, we’re talking and we’re looking to do things.

“We’ll work with what we’ve got until those changes happen and we’ll keep trying to improve the players.

“But the nature of the window is ins and outs and we will probably be no different. 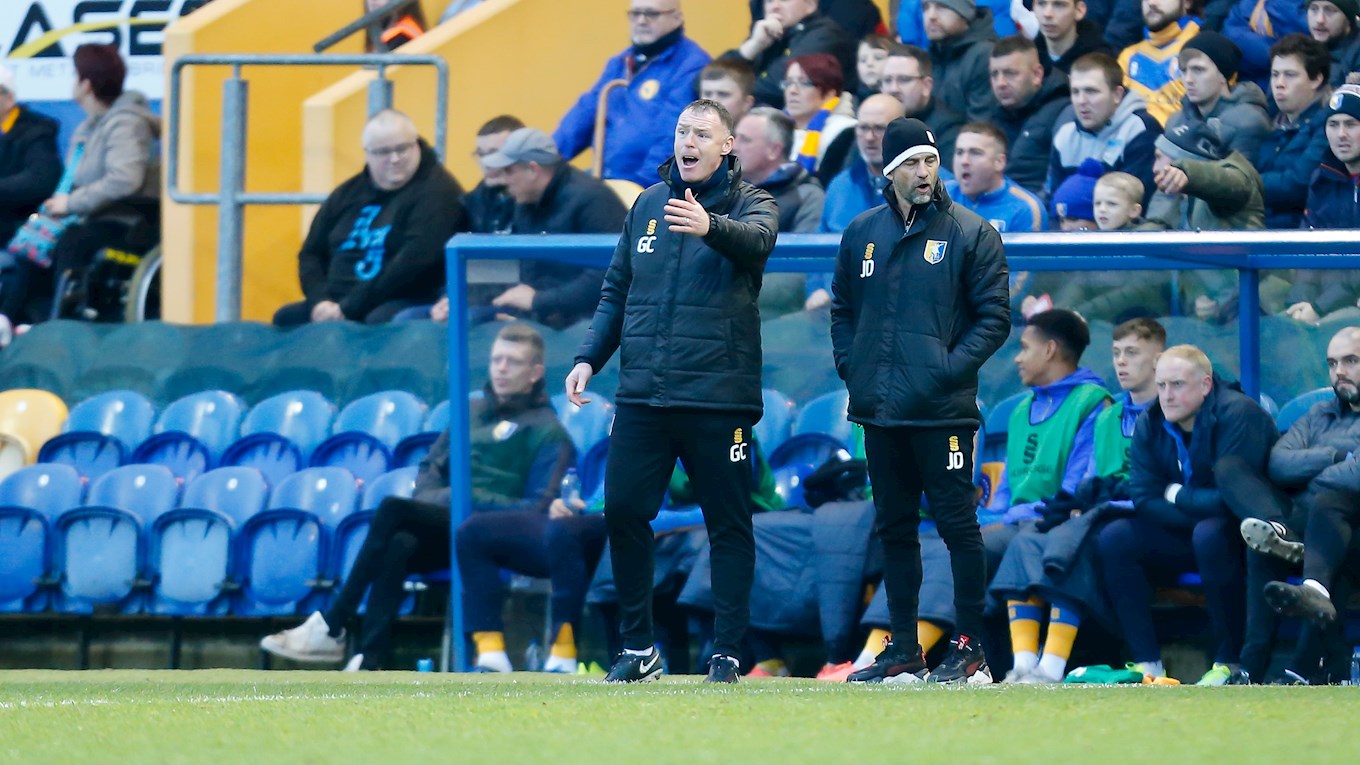 “We feel that the players have put a good shift in and we’re trying to give everyone the best opportunity to show what they’ve got.

Joe also looked ahead to Saturday’s match against Forest Green at One Call Stadium, adding: “Forest Green are a club that has been playing very well at this level for a few seasons now. They have an astute manager [Mark Cooper] with astute players.

“It’s important that, in another home game, we can put in a performance and limit the one or two areas that are costing us goals at the moment.

“Overall, we’re confident in the amount of chances we’re creating and we feel that there are more goals in our team. 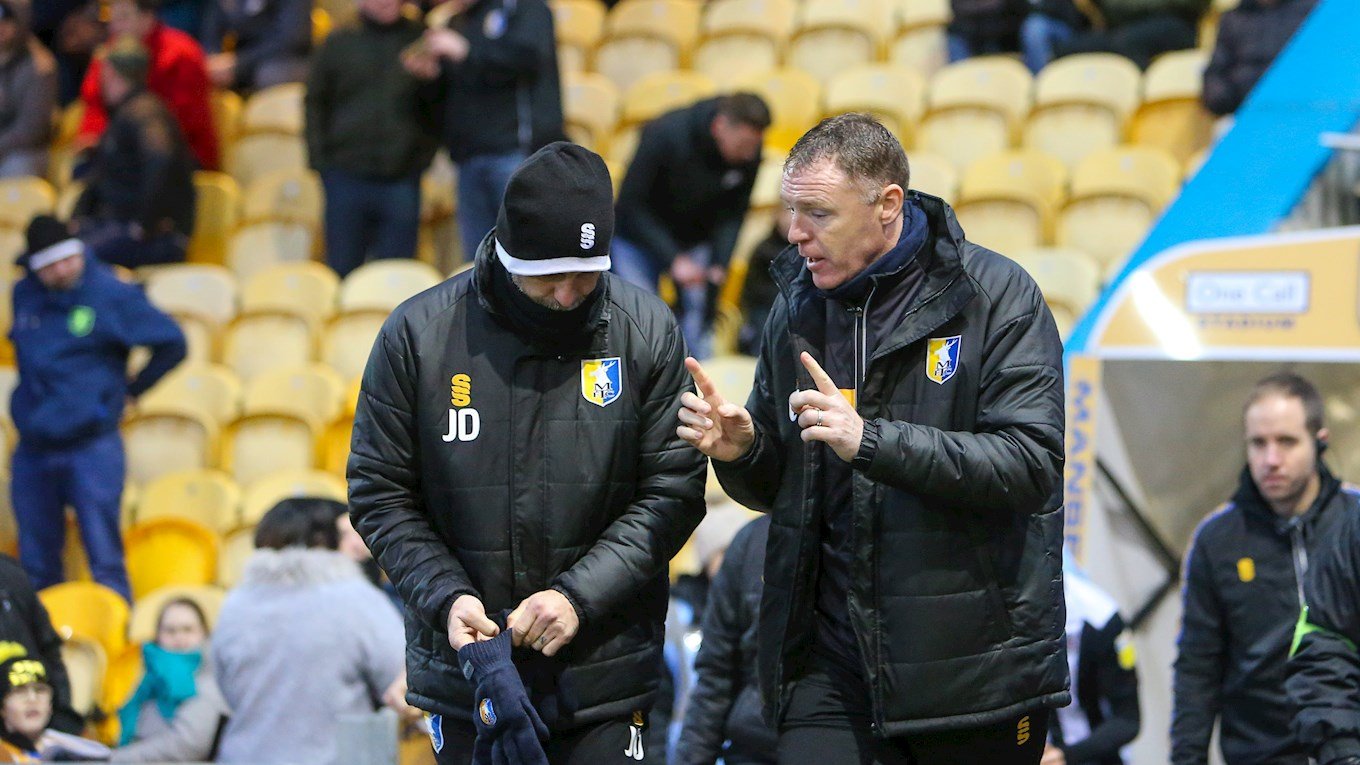 “We have to worry about ourselves. We need to take care of our house and make sure we’re ready.”