Manager Graham Coughlan says that despite his side ‘creating plenty,’ the Stags were let down by not executing the ‘basics’ in today’s 3-1 loss to Plymouth Argyle.

Mansfield crafted a number of clear-cut opportunities at Home Park, but were ultimately left to rue missed chances at the full-time whistle.

The boss, speaking to iFollow Stags, says that the amber and blue let themselves down in ‘both boxes’ this afternoon.

“If we defend like that, we’re going to lose games of football,” he began. “I thought our tactics were spot on and we were excellent in the game plan we’ve worked on all week.

“We should’ve buried them and put them away, but as long as you’re missing chances, you’re vulnerable.

“There’s a distinct lack of confidence – the lads look as if they’re beat up, but we have to stay positive. What we have to hang onto is the performances. 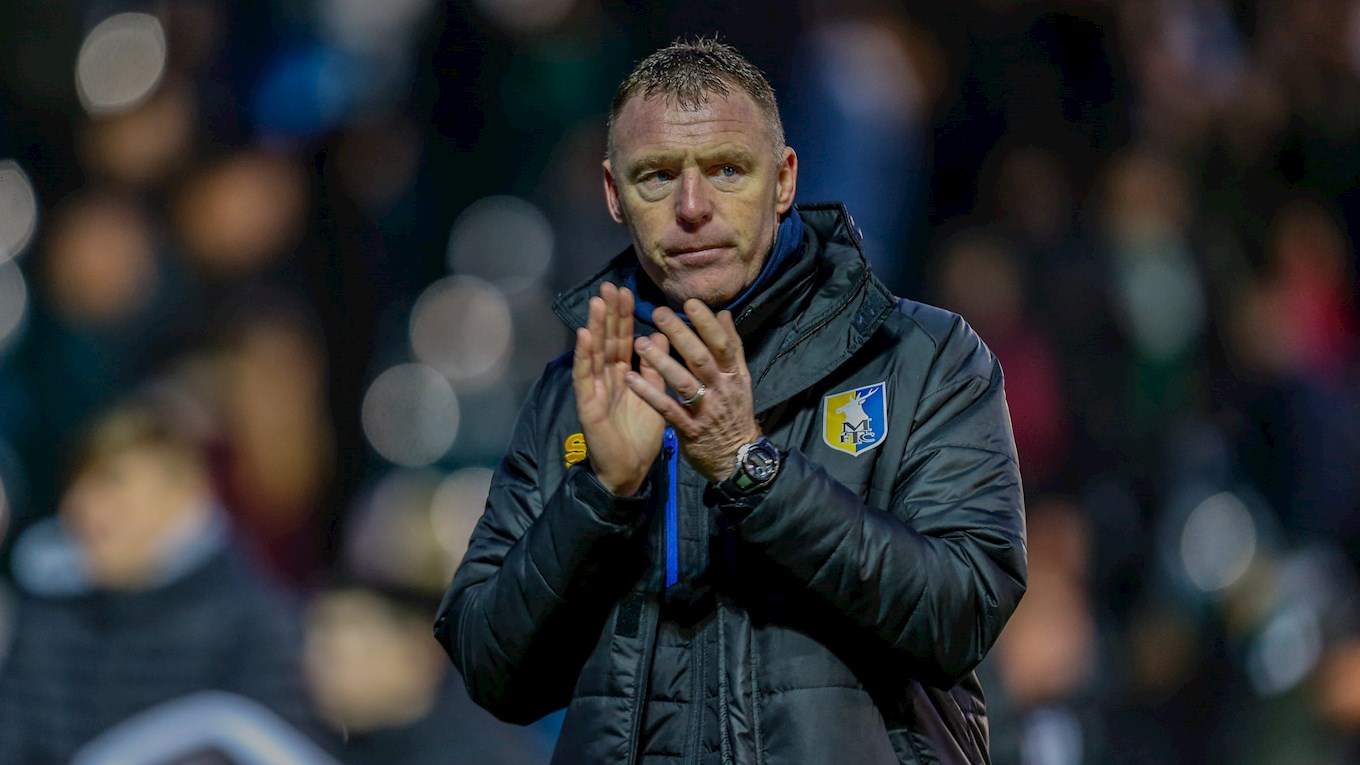 “We’re creating plenty but we need to address something defensively, because that’s seven goals we’ve conceded in two games.

“Going forward, we’re fine, but we have a lot of work to do defensively, to be quite honest. Our strikers should have had a hatful today – it was another game we should have got more out of.

“We are in games - it’s just basics in both boxes [that are letting us down].

“We pushed a promotion-chasing team but yet again we’ve come out with nothing. But at this moment in time, the basics are not good enough.”

The boss says that, although gaining no points from the last two games – against Forest Green and Plymouth – the performances were ‘good,’ and the Stags are ‘working their socks off’ to rectify their form. 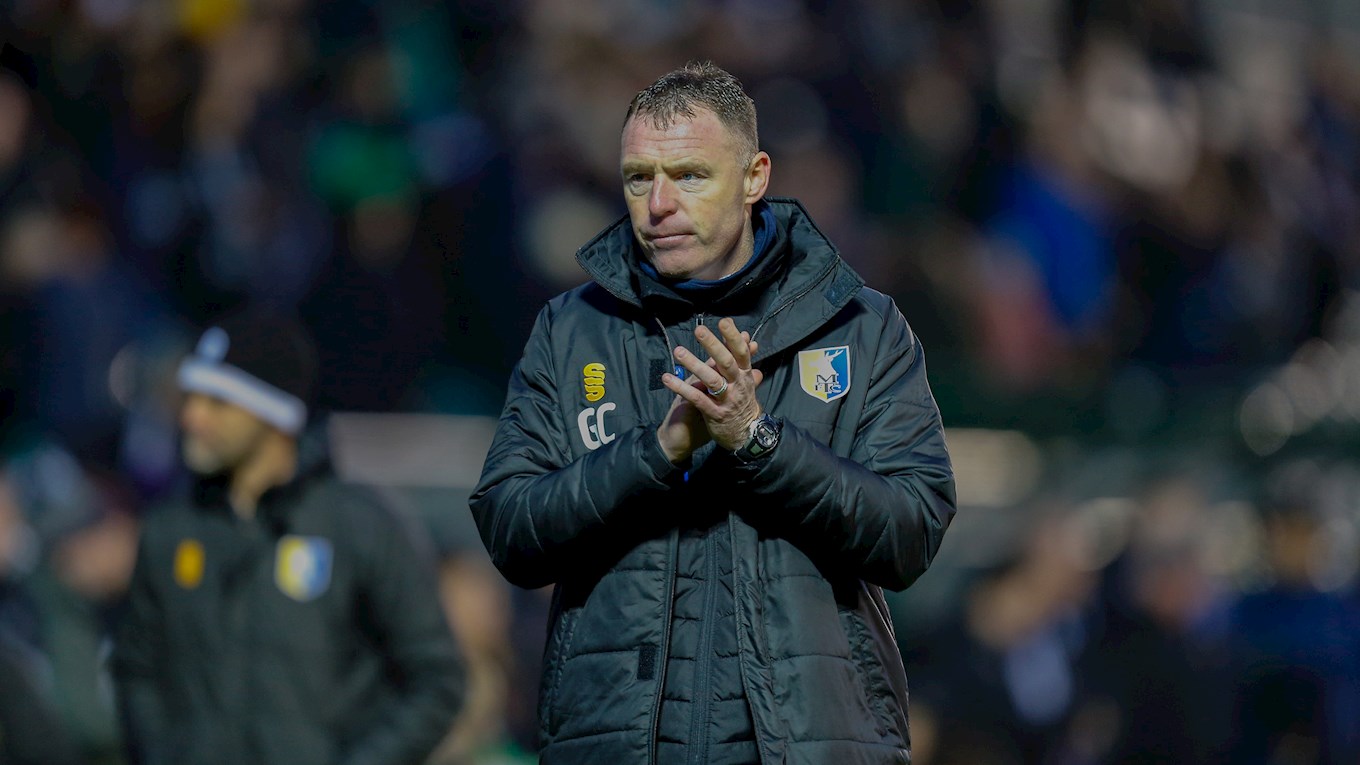 “We can’t go beating these lads up because this is what we’ve got, and the performance was good last week and was good this week, yet we come away with no points.

“The lads are trying but they aren’t going to get fit overnight – that’s something we are working on.

“You can’t mess about with your career for six months then expect to turn it back on – it doesn’t happen like that. Football is a ruthless game and we’re getting punished.

Graham Coughlan also spoke of Mansfield’s appeals for a penalty in the first-half, when Pilgrims’ goalkeeper Alex Palmer seemingly brought down winger CJ Hamilton (below) – who was booked for simulation following the challenge.

“He [Palmer] has caught him and CJ has gone down. I would have asked CJ to stay on his feet and put the ball in the back of the net so there’s no controversy after the game. 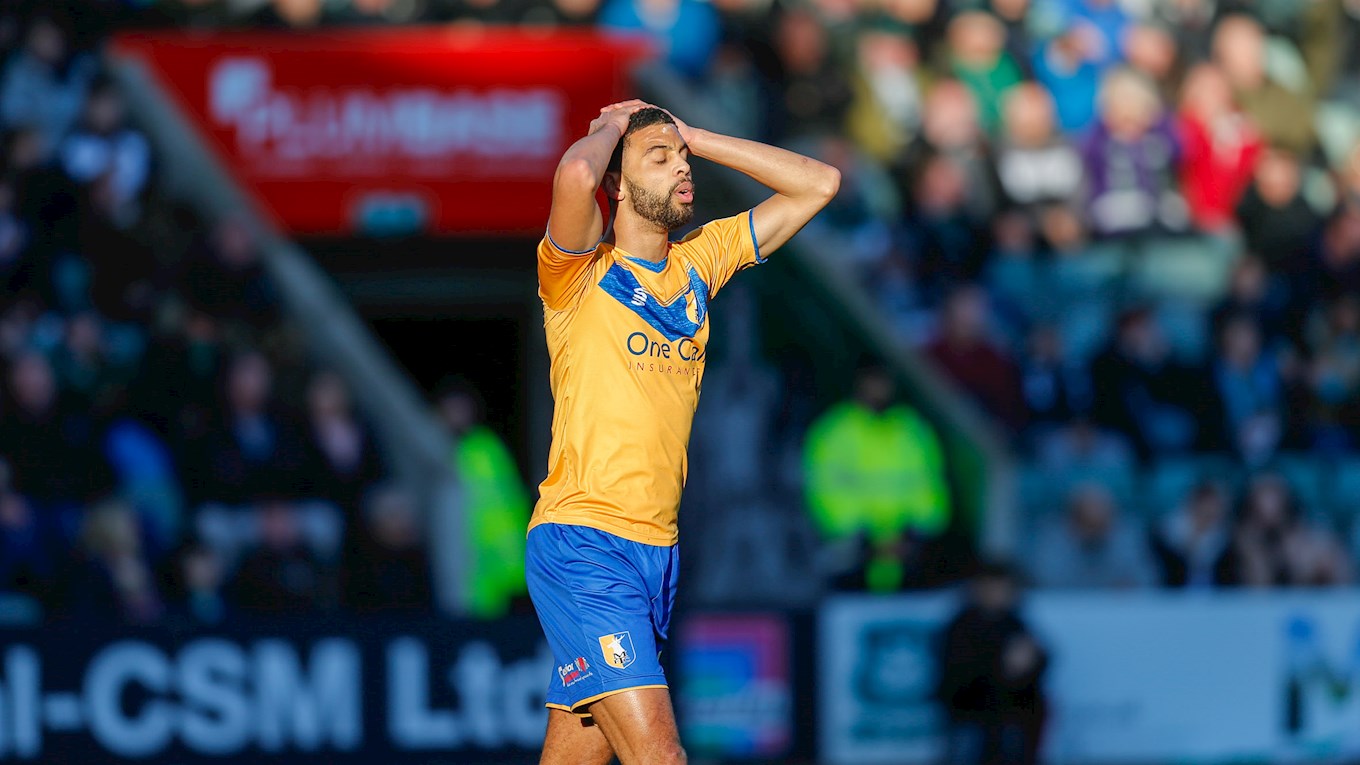 “But the goalkeeper has caught him and the goalie has got a tad fortunate – but that’s life.”

There was also an update on defender Hayden White and striker Danny Rose, who were both substituted in the second-half.

“We’ll know more [about White] in the next 24 hours. Rosey the same as they both have muscular injuries.

“We’ll assess them over the next 24 hours and see what the severity is. Fingers crossed, they’re not too bad.”