Stags’ boss Graham Coughlan says his players were ‘running on empty’ against Grimsby this afternoon, as he looks forward to his first full week of training with his squad since arriving at the club last month.

Mansfield were unable to secure a victory against ten-man Grimsby Town at One Call Stadium, losing the game through an unfortunate Mal Benning own goal.

The Stags’ manager says that his players ‘hit a brick wall’ due to the hectic festive schedule – while also looking forward to imposing a ‘tough’ week of training on his players.

“It [performance] didn’t come as a shock because I knew the players were going to empty at some stage,” he told iFollow Stags. “I knew they were going to hit a brick wall – it was maybe a bridge too far to ask them today to keep going how they’re going.

“We’ve hit them hard since we’ve come in and it looked as if they’d run out of steam today, to be honest.

“They didn’t look sharp, didn’t look fit – it looked as if it was a real slog for them today. There was no sharpness to us and I was really disappointed because we looked flat from the off.

“Overall, the display wasn’t good enough and lacked quality, if I’m being honest.

“I wanted to see a little bit of bravery and have people get on the ball and control it. It’s not rocket science – when you play against ten men, you have to push the side from one side of the pitch to the other.

“I don’t think I could’ve changed any more. We chucked everything we had at them. But the lads’ tanks were empty and that was unfortunate.

“We knew it was going to come and it was unfortunate that it was here, because we had a couple of decent performances here at home.

“But they [players] have ran a lot and chased a lot over the last four games for us, and it looks like that [Grimsby game] was a bridge too far. 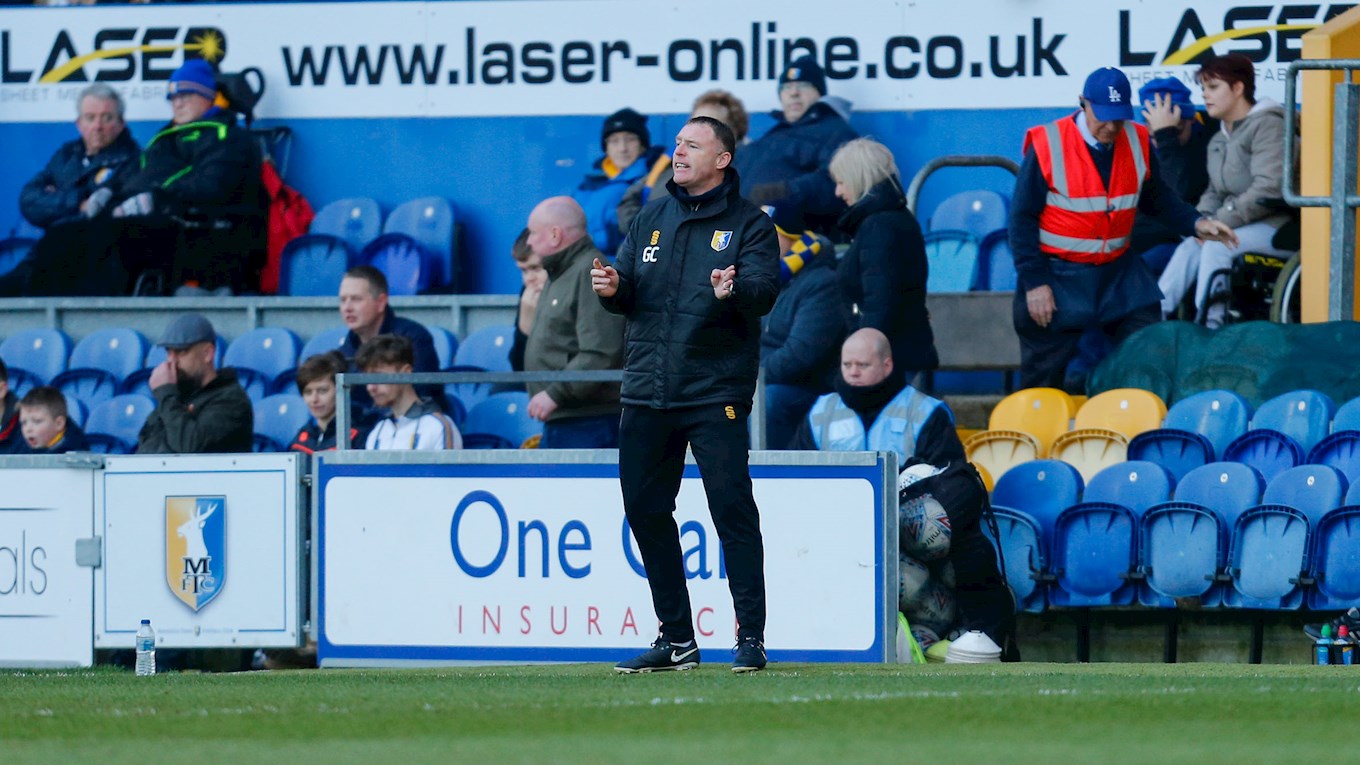 “All of those things, we’ll have to look at. We’ll have to delve into it and see where we go and how we react to it.

“They have to trust in that and buy into that. It will be tough, but I have to be careful, as I have to leave something in the tank for Saturday [against Forest Green].”

The Mariners were reduced to ten men early on after Luke Waterfall’s late sliding challenge on midfielder Jacob Mellis. The boss offered his thoughts on the dismissal, adding: “I was a centre-half and I don’t mind a challenge – I don’t mind people putting challenges in. You’re going to mistime a challenge every now and again. 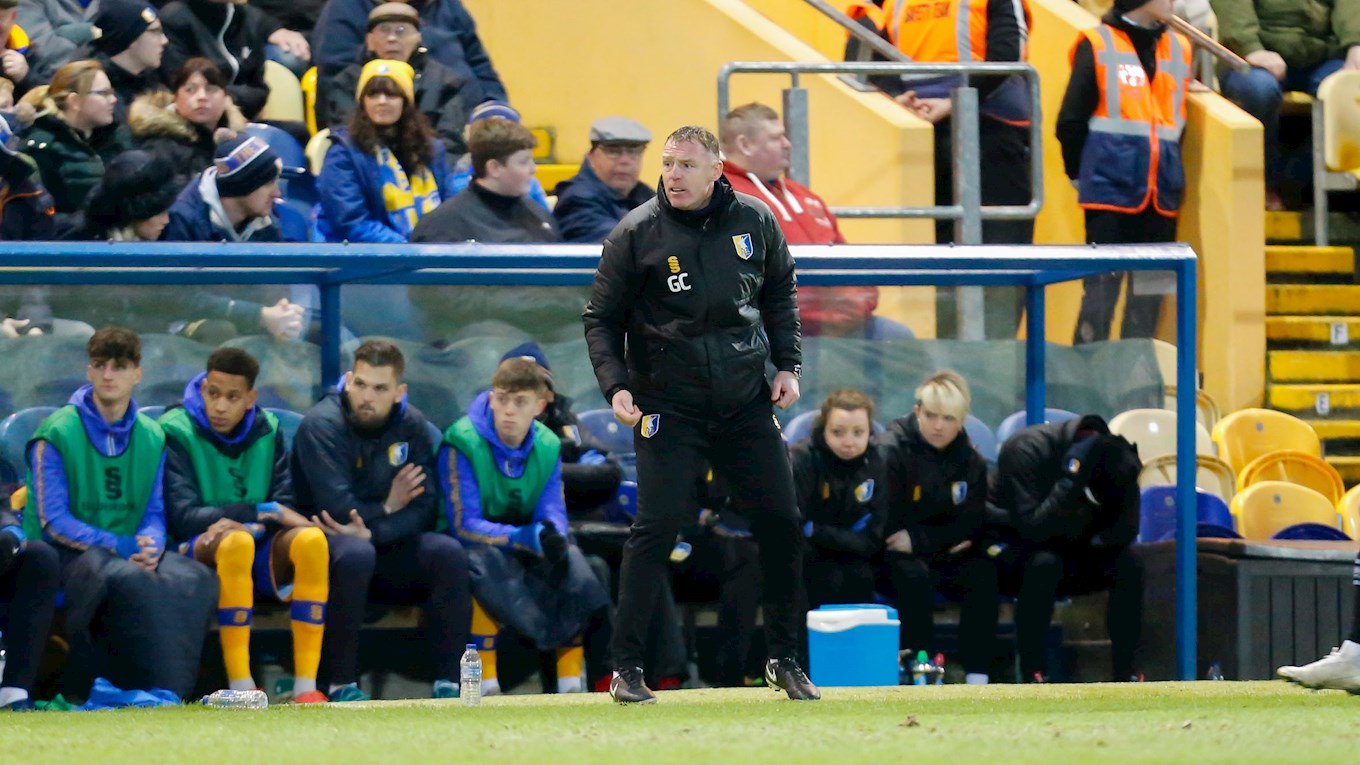 “I don’t want to get in trouble or cause any controversy, but I’d feel aggrieved if one of my players was sent off for a slightly mistimed tackle.”

There were fears inside the stadium that defender Hayden White had suffered an injury when he was replaced by James Clarke in the second-half, but the boss says the former Peterborough right-back simply ‘ran out of steam.’

“He [White] ran out of steam. That’s his second game in three months – he cramped up at Cambridge and he was just running on empty.

“We obviously had to take him out and get some fresh legs on in young James Clarke.”

Graham Coughlan also commented on potential activity in the January transfer window: “I’ve inherited a squad that needs help and needs shaking up. Let’s see what happens, let’s see where we go and how we do.

“At the end of the day, I can’t hang around. One manager has lost his job with this group of players already and I don’t want to be the second one.

“I can’t really hang around, so that might give you some indication.”