The amber and blue surrendered a two-goal lead to see Rovers lead 3-2, before striker Nicky Maynard fired home an equaliser just before stoppage time of the second-half.

However, the visitors struck the final blow of the contest as Aaron Collins sentenced the Stags to defeat in the 96th minute.

Graham Coughlan says the result leaves him ‘heartbroken,’ while also speaking of decisions that he believes should have gone in Mansfield’s favour before the final goal of the game.

“You can’t take the easy option of just getting the ball and just kicking it forward. You have to be man enough to get on the ball and make us play.

“In the first-half, they did everything we asked of them, apart from in that 51st minute [of the first-half], when that free-kick came into our box.

“The game plan worked for 51 minutes. They got the goal and we go to pot, to be honest.

“Someone needs to explain the decisions made today because some of them were really poor. Nicky Maynard – I don’t know how a referee can miss or not give a penalty [at the end of the game]. It was a stonewall penalty, let’s be honest.

“Then we go over the watch late on in the second-half again. But they’re just excuses – we should have had a penalty – but that’s just me trying to make excuses for the dressing room. 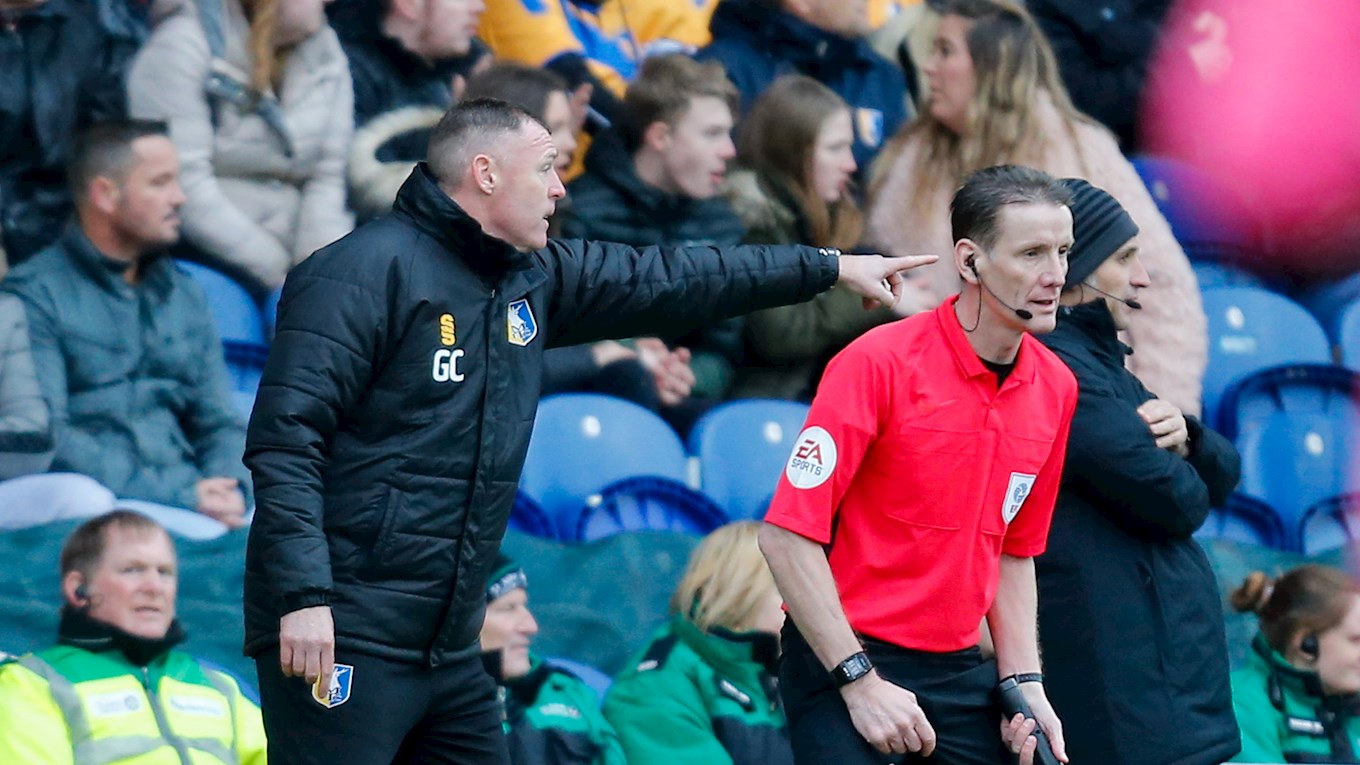 “They [Forest Green] goals were very preventable. We’ve got to and we should do better. You cannot allow a six-foot centre-half to stroll into your box and get a free header.

“Sometimes in football you have to hit rock bottom before you bounce back. That, for me today, in my gut, was rock bottom.

“It wasn’t acceptable. I feel for the fans because they’ve probably had to watch this all season. I can only imagine what they’re going through.

“At a time like this, we have to stick together as one with a unity. It makes us better and stronger, and we’ll enjoy the success when it comes, because we’ve had to scrape ourselves off the ground.”

The boss says that his side’s ‘mindset’ changed after Farren Rawson’s first goal of the afternoon, which made it 2-1 on the stroke of half-time.

“As soon as that ball goes into the back of the net and makes it 2-1, our legs turned to jelly. We came out with a totally different mindset and character than we displayed in the first-half.

“That’s not just a problem today – it’s been a problem all season. I don’t know why the mentality changes. 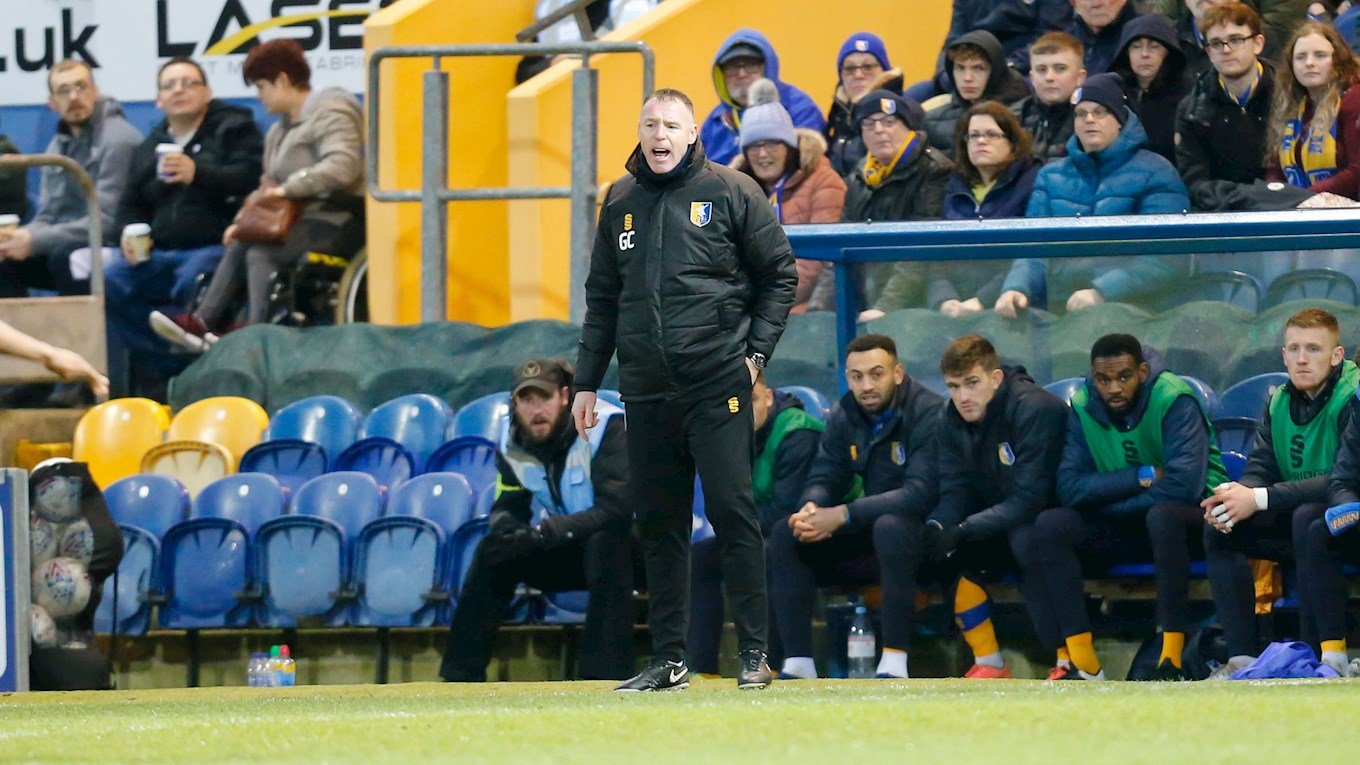 “Only hard work and new players may be able to dig us out of that mindset. We lack a leader and we lack a voice. We lack an organiser and the balls come into the box way too easily from out wide.

“It’s a problem I’ve inherited and it’s a problem that only I can sort out. I’ll need to sort it out because I’ve given these lads fair opportunity and a fair chance.”

Graham Coughlan also spoke of how he views the January transfer window.

“We might just have to galvanise ourselves and go along with what we’ve got from now until the end of the season.

“If we can add to that, that’s great, but I seriously think we need new recruits with a different mindset and a different mentality.

“We’re not going to go daft in the window. It’s a window where players and clubs can actually benefit massively from our desperation.

“We’ll be okay as a football club as there are plenty of players out there that want to represent Mansfield Town Football Club and play for myself and Joe Dunne. There are one or two in the changing room that can help this club.”