Manager Graham Coughlan says his charges ‘set the standard’ in today’s dominant 3-0 victory over Bradford City, and has challenged the Stags to now maintain this afternoon’s level of performance.

Two headed goals in the first-half from Danny Rose and Nicky Maynard were added to by Andy Cook in the second period to secure three points in emphatic fashion.

The boss says that his team ‘showed what it means to play for Mansfield Town’ with their outstanding ‘attitude, work rate and commitment.’

“The lads have worked their socks off,” he told iFollow Stags. “The front three up top absolutely epitomised our work rate and our attitude. 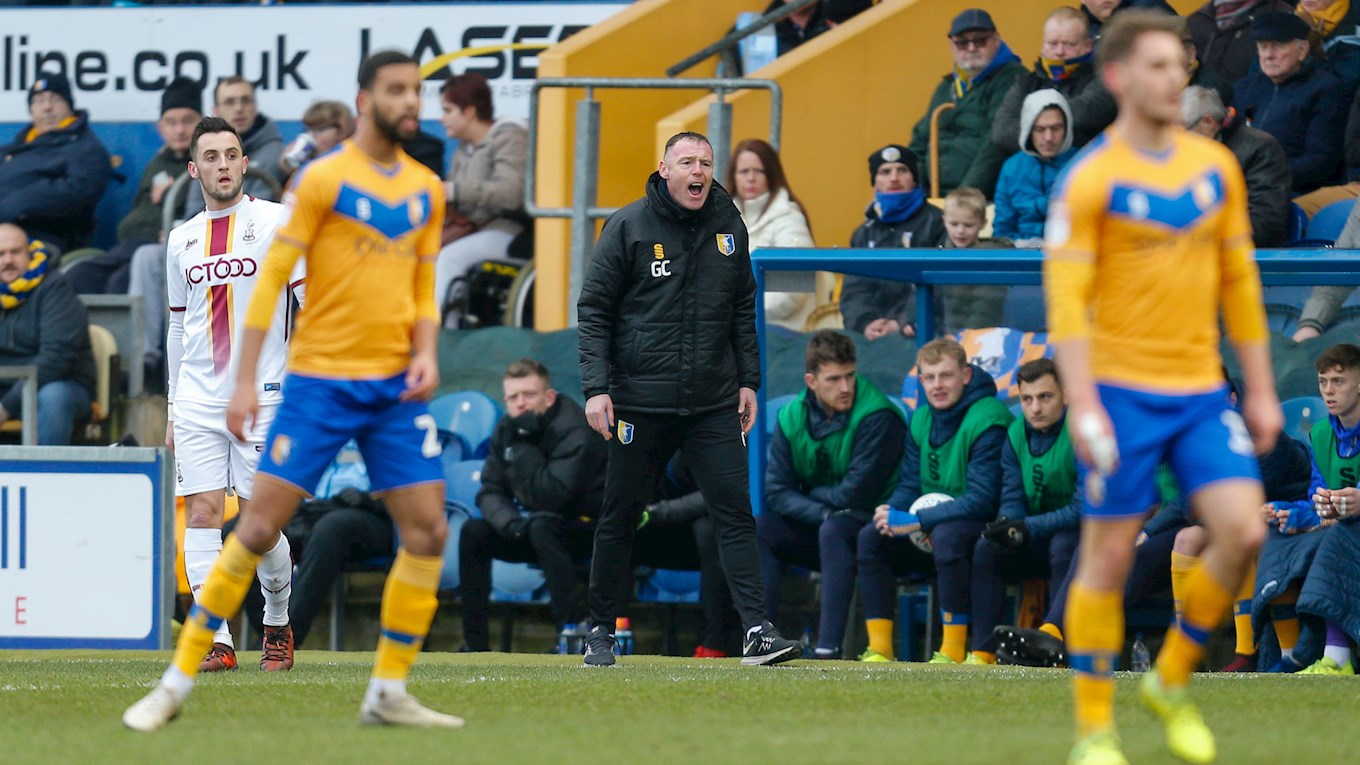 “But it was really, really pleasing and they responded really well because they’ve been hurting over the last few weeks.

“Today we’ve set the standard and I want us to continue it. The work rate has been there, the fitness levels have gone up and the intensity of training has risen.

“Their attitude, work rate and commitment has been there for all to show – we were just making some basic errors. Today, we’ve put our bodies on the line and showed what it means to play for Mansfield Town Football Club.

“We will get fitter, we will grow and we will improve. One thing I’d like to emphasise is: ‘let’s not get carried away.’

“Over the last 12 months, inconsistency has been an issue at this football club. It’s up to the lads now to push on and show consistency.”

The 45-year-old added that the resounding win must be dedicated to the ‘magnificent’ Mansfield supporters. 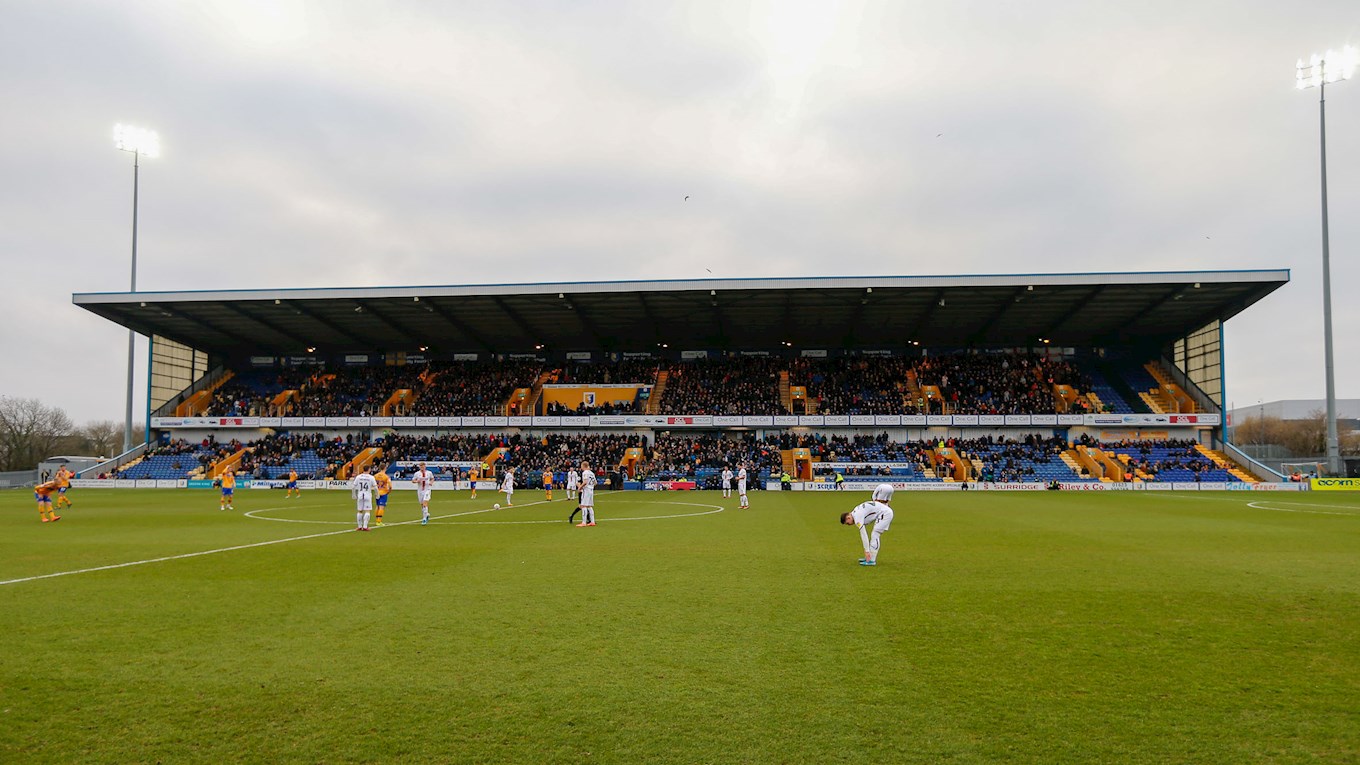 “It was a massive relief to win. Yes, I can talk about the clean sheet or individual performances – but I don’t think I don’t think I’ve been at a club where we’ve been cheered off at half-time.

“We were cheered to the rafters today from the fans. The fans just want to see a little bit of endeavour and hard work. The players gave that to them today.

“I thought the fans were absolutely magnificent today. You must take your hat off to them. They kept us on it and to sing us all the way home yet again, that victory has to be dedicated to the thousands that turned out.”

There was also a word on new signings Joe Riley and Harry Charsley – who both started today’s game – but said that all of his players deserve credit for a superb display.

“Each and every player today showed the commitment, the work rate and the attitude that I expect. I thought Joe Riley was very, very good and I thought Harry [Charsley] was excellent.

“His [Charsley’s] pressing and closing down set us off. He handled the ball well. It’s been really pleasing all round. 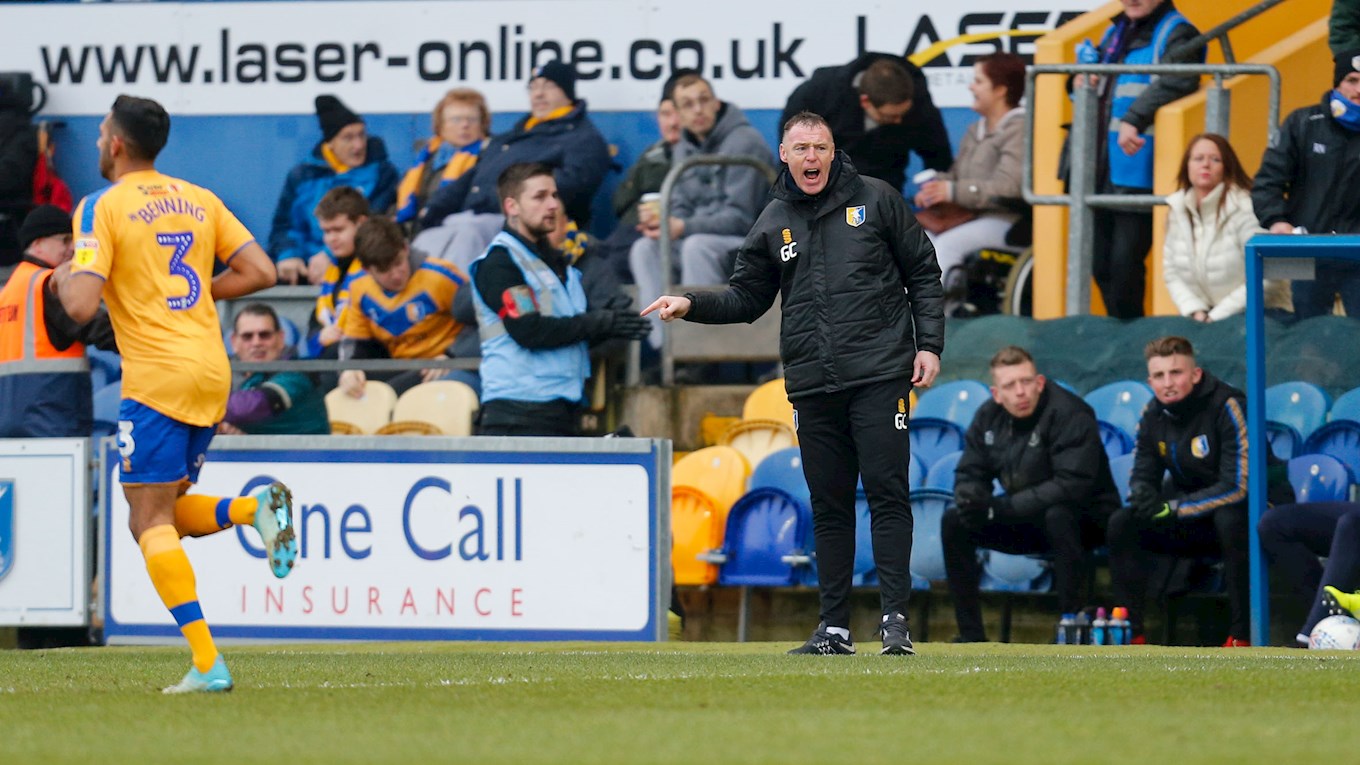 “To single one or two players out – the lads will have a go at me on Monday morning if they do! I’m going to give each and every one of them a little bit of praise this evening.

“The players should be given credit this evening because they’re the ones who go out and execute the game plan.