Defender Ryan Sweeney has discussed the impact made by manager Graham Coughlan since he arrived at the club, and the players’ targets for the remainder of the campaign.

Sweeney, 22, has appeared 38 times for the Stags this season, starting all but two of the current Mansfield boss’ matches this term.

The former Stoke City centre-back says that ‘fitness levels and performance levels’ have improved under the stewardship of the manager, and that the Stags need to ‘attack’ the remaining games of the season to accumulate the points their ‘performances have warranted.’

“Since the gaffer [Graham Coughlan] has come in I think it’s been there for all to see that there have been improvements,” said the defender.

“Fitness levels and performance levels, collectively and individually, have gone up. We would have liked more points on the board since the gaffer has come in – I think our performances have warranted that.

“At the end of the day, we haven’t got it [more points], so we need to keep working and finish the season strongly, accumulating as many points as possible. 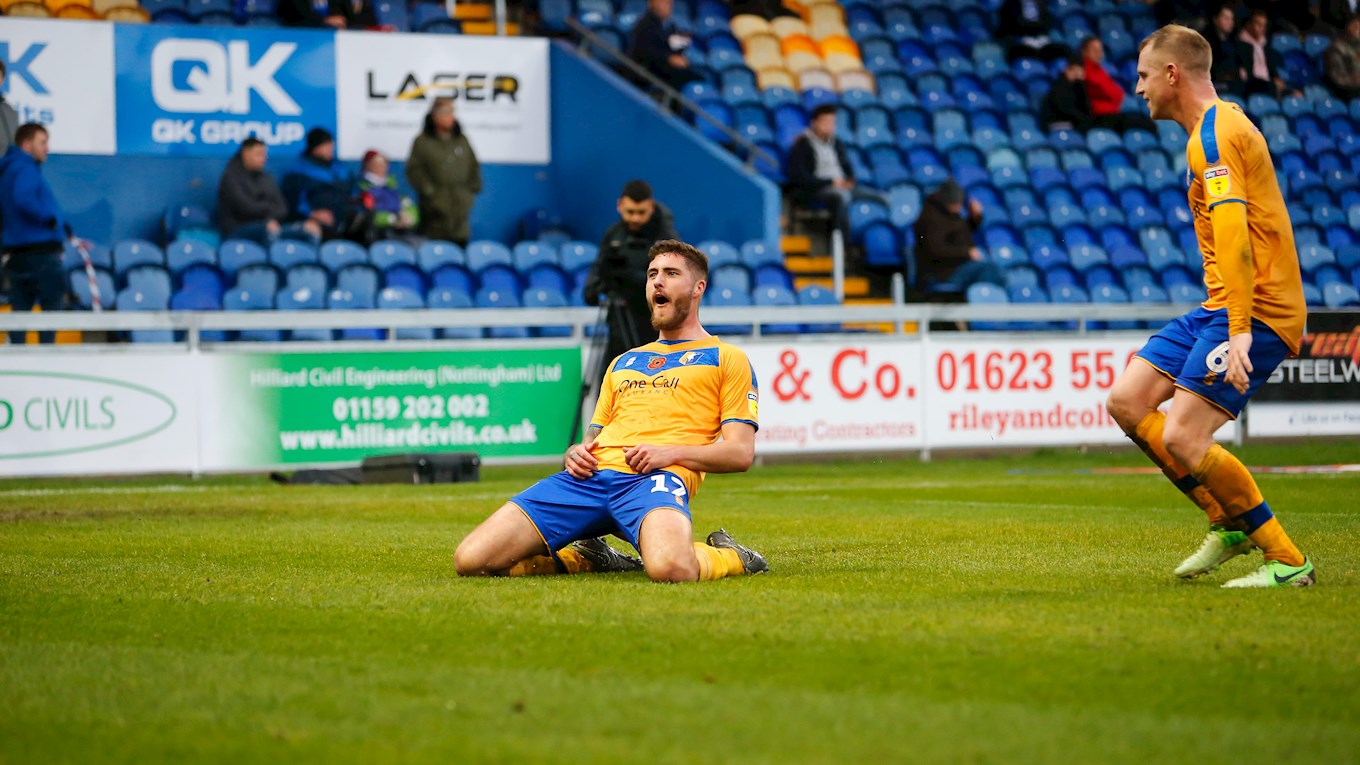 “It’s about trying to get those consistency levels. The performance levels have been good so if we can do that [develop consistency], I’m sure we can pick up more wins.

“We want to finish the season as strongly as possible. We have some tough games coming up and that [tough run] started on Saturday against Cheltenham.

“We’ll take it game-by-game and focus on the next challenge. It’s just about getting as many wins as possible, which will give us the momentum to carry into pre-season and the start of next season.

“We want to attack these last 11 games to give us that momentum heading into next season. Hopefully we can do that, starting with Saturday [against Swindon].”

Sweeney also reflected on Saturday’s narrow defeat to Cheltenham, a game that saw the Stags pass up several opportunities to score.

The centre-back says that Mansfield lacked a ‘clinical’ edge in what was a ‘good performance.’ 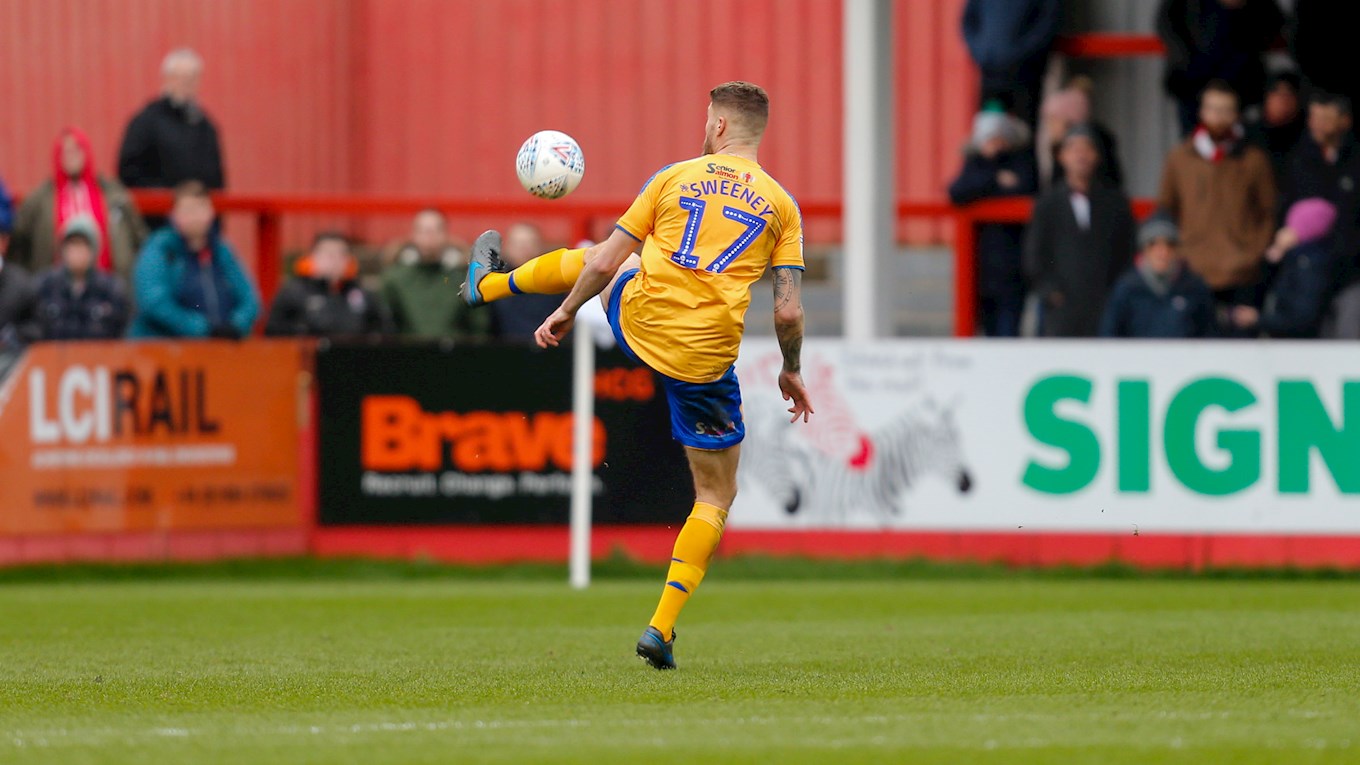 “We probably lacked that clinical nature [on Saturday]. We had good opportunities to take the lead but unfortunately it didn’t happen.

“The one good opportunity they produced, they produced a bit of quality and won the game, so that was the difference.

“When you concede a goal, there are always parts that you felt you could do better with. But to be fair to Cheltenham, they put a good ball in and [Reuben] Reid is in the right place at the right time.

“We’ll look back on the game today and pick the bones of it, see what we could have done better and try to improve it for the next game.

“I thought the overall performance was good and we looked solid. We kept them relatively quiet and they made the triple substitution – that probably swung the game a little bit in their favour, but not too much.

“I thought we had decent control of the game, even though they probably had more possession. On another day we might have gone there and scored two or three, but that’s just the way it went on Saturday and we have to move on from it.” 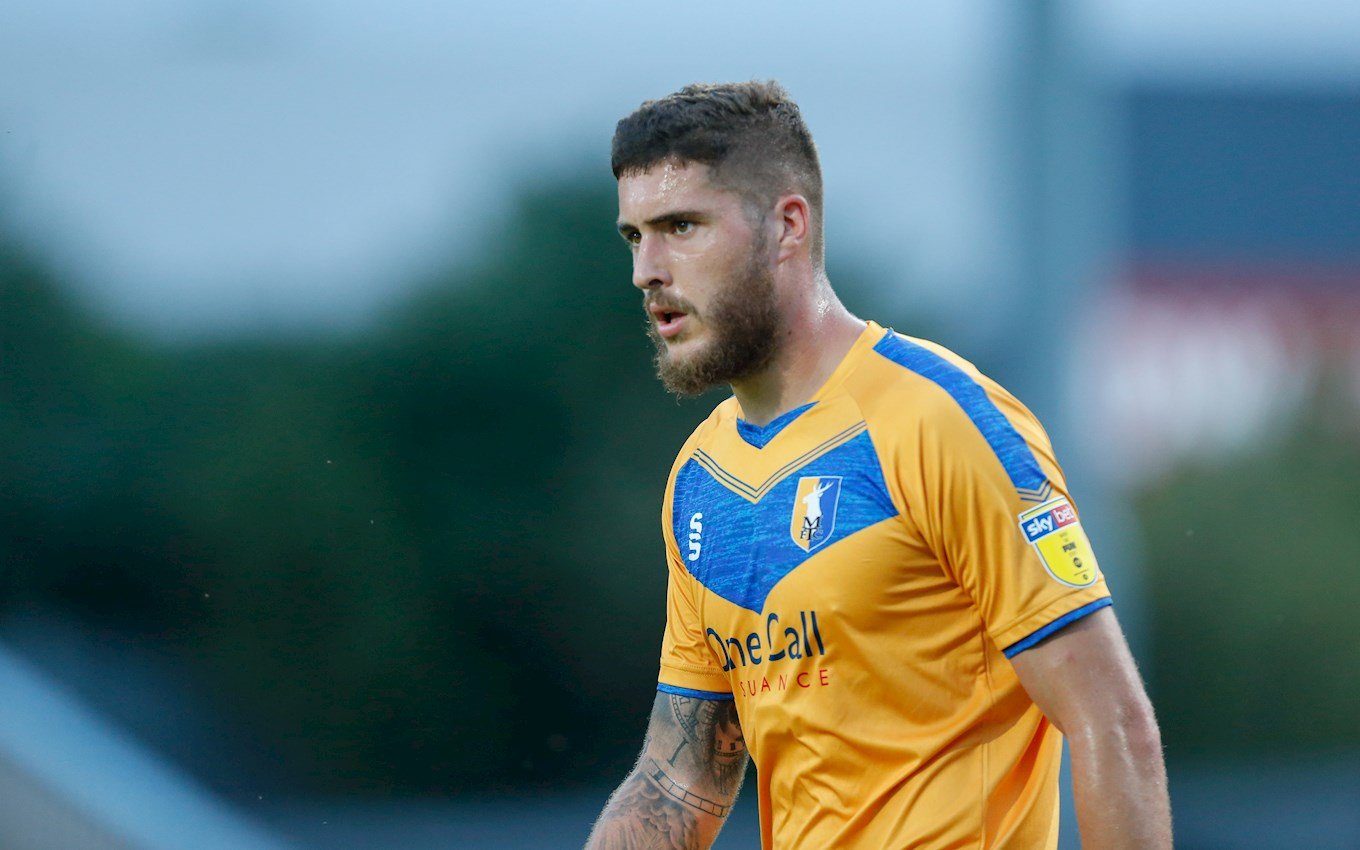 Looking ahead to Saturday’s game against league leaders Swindon Town, Sweeney says that the home crowd can play a big part on proceedings at One Call Stadium, as they did in the recent 1-0 win over Newport County AFC.

“Obviously it will be a really tough game as they have had a brilliant season to be sitting at the top of the table.

“We knew from the previous game [against Swindon] that they are a difficult side to play against. But I thought down there [County Ground] we had a good opportunity to take something from the game.

“We’re in for a tough game and they play a really good style of football. But it’s one we have to look forward to and prepare for in the right way.

“We’re off the back of a home win against Newport so hopefully we can take that momentum into this game. 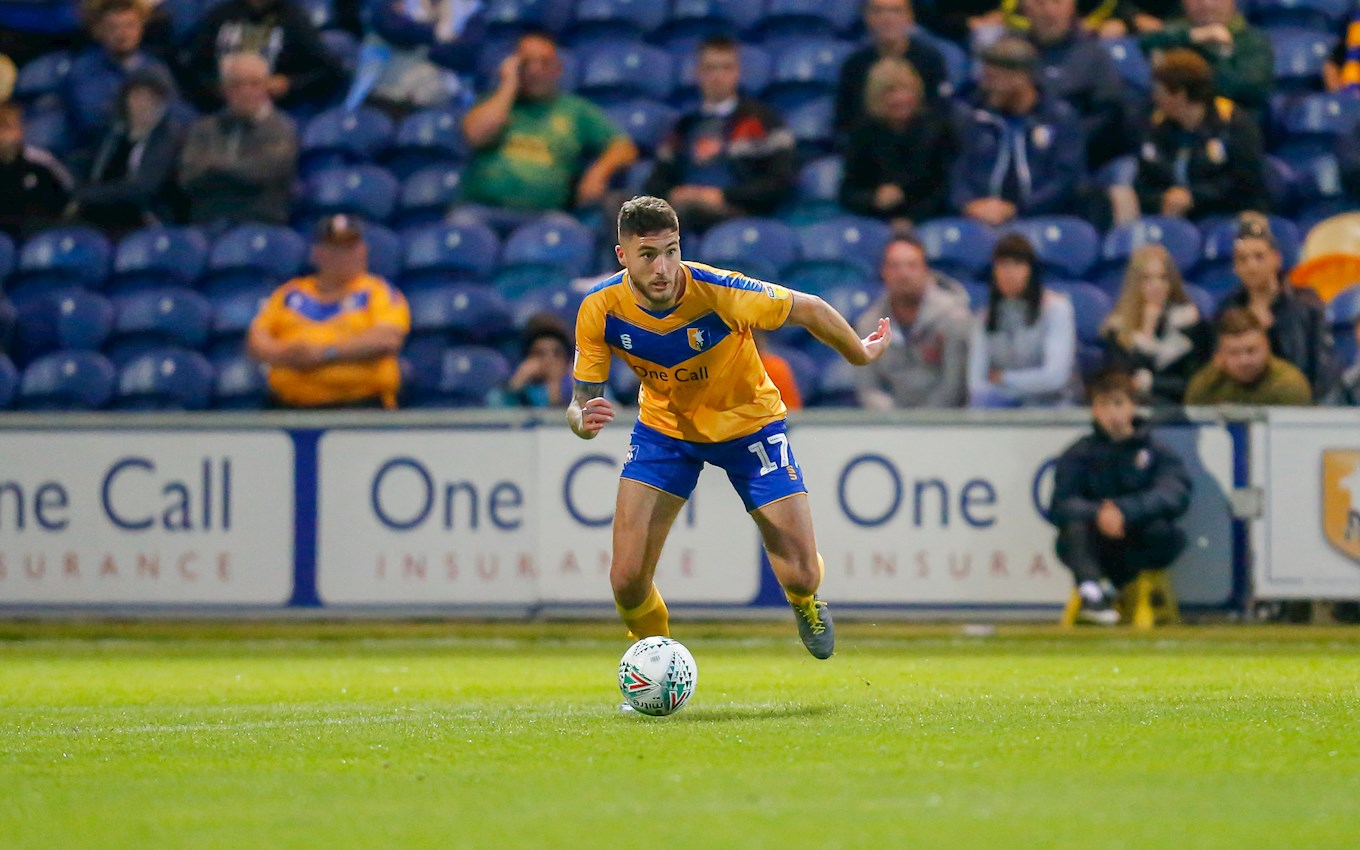 “We have to go in there and believe we can take something from the game. If we get the home crowd behind us and get on the front foot early, I’m sure we’ll have a good opportunity to do that.

“It’s an opportunity for us to see where we’re at as well. It’s a game we’re looking forward to. The home fans have been really good recently in terms of dragging us over the line – that was for all to see against Newport.

“We’re all looking forward to getting back home Saturday and hopefully putting on a performance for them.”