Full-back Joe Riley was left with mixed emotions after netting his first Mansfield goal during the eventual 1-1 draw with Morecambe on Saturday afternoon.

Graham Coughlan’s second January signing pounced upon a loose ball to give his side the lead on the hour mark at the Globe Arena.

However, midfielder Alex Kenyon climbed off the bench to salvage a point for the hosts during the closing stages.

It meant the Stags would only take one point back to Nottinghamshire, which left the No. 18 disappointed after opening his account in instinctive fashion.

“I’ve seen the ball get whipped in,” Riley began. “Chief [Krystian Pearce] has got up well and I’ve followed it in because the ‘keeper made a good save.

“He’s bundled it out to me so it’s probably the easiest goal of my career, to be honest. 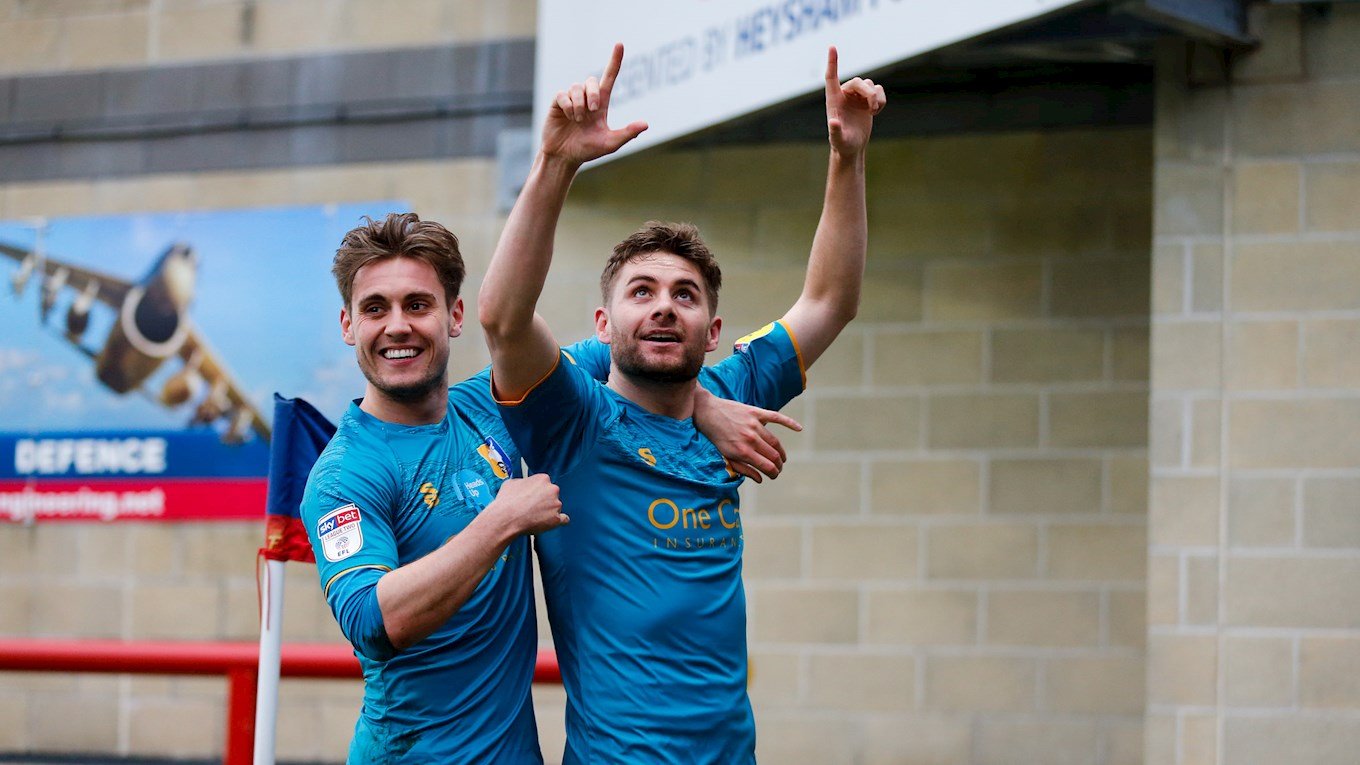 “I’d trade it in [the goal] for three points any day of the week. It’s always nice to score but I’m bitterly disappointed that we didn’t win the game.”

The former Plymouth defender – who made his fourth Stags appearance in Lancashire – believed his side should have left with all three points.

“We knew the conditions coming into the game wouldn’t be great.

“I think when you come to Morecambe, you know it’s going to be a fight and I thought we stood up to it, but it’s disappointing we didn’t see the game out. 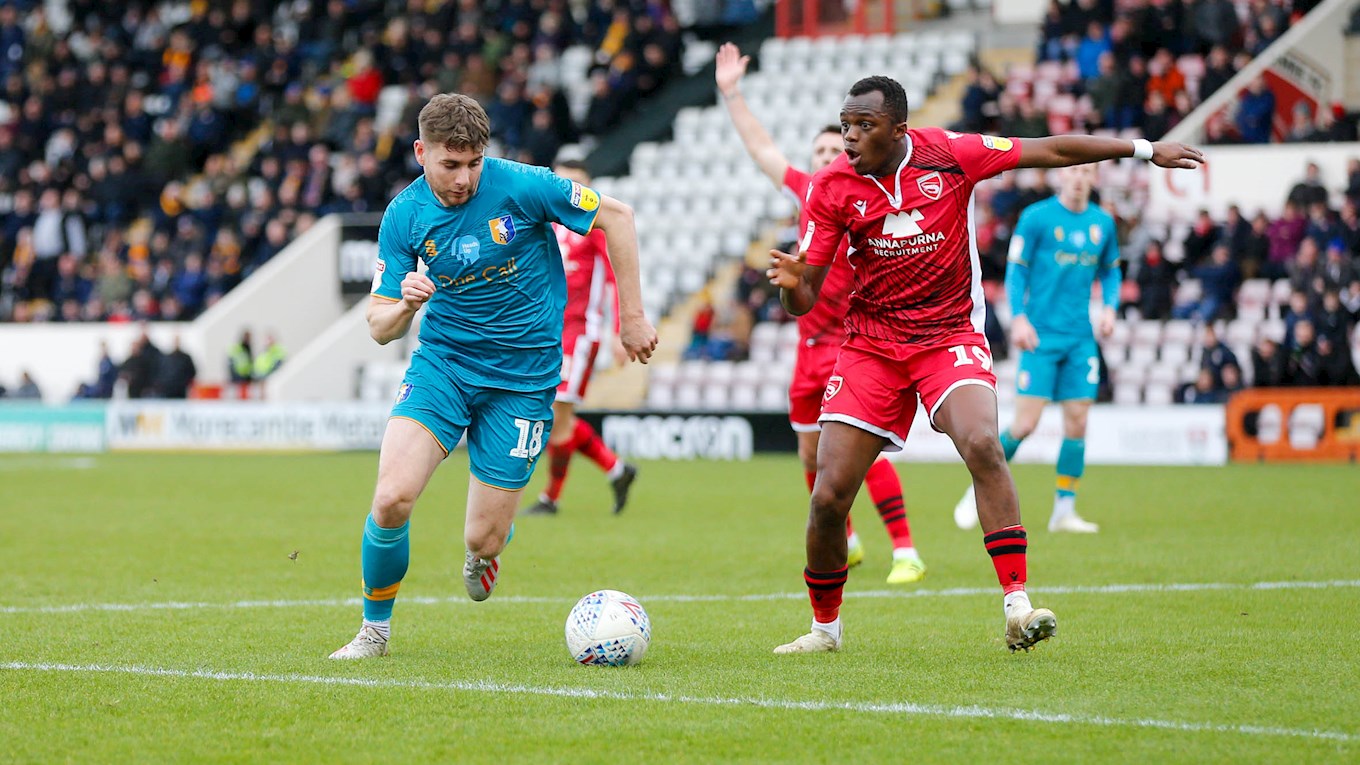 “[It’s] another game we should be coming away with three points and for 85 minutes I thought, at times, we controlled the game.

“Conditions were difficult, similar to last week, it’s déjà vu again where we’ve done well for large parts but we can’t see it out. We need to look at ourselves and try and do better.”

Mansfield travel to London on Tuesday evening to take on Leyton Orient - a fixture highlighted by Riley as one to make it four points from two league fixtures.

“They say, don’t they, try and turn a point into four and that’s what we’ll try and do,” he continued to iFollow Stags. 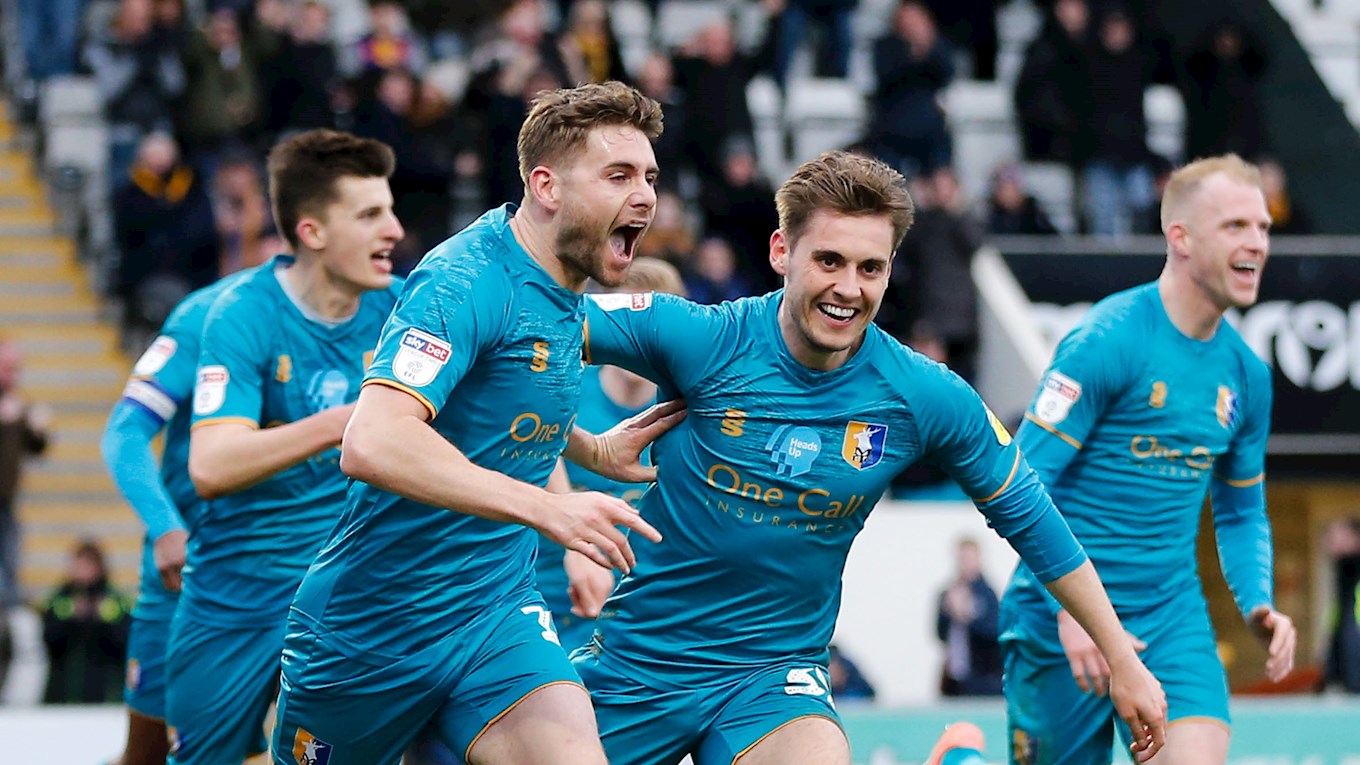 “Obviously, like we do every game, we’ll go to try and win the game and fingers crossed we can do that.

“You’ve got to be [low] because it’s a natural reaction but we’re not a negative group of people.

“We’ll come in tomorrow with smiles on faces, go to [Leyton] Orient and hopefully get the three points.”