Stags’ leading goalscorer seemingly set his side on course for all three points with a classy double midway through the second period.

However, in testing conditions at One Call Stadium, Elliot Watt and Joshua Kayode rescued a point for the Cumbrians in unlikely fashion.

And Mansfield’s no. 11 revealed the emotions inside the dressing room following the full-time whistle.

“We put ourselves in a great position to come away with the three points and we’ve thrown away a two-goal lead,” he told iFollow Stags.

“The lads are obviously hurting but we’ve got to dust ourselves off to put things right for Morecambe. 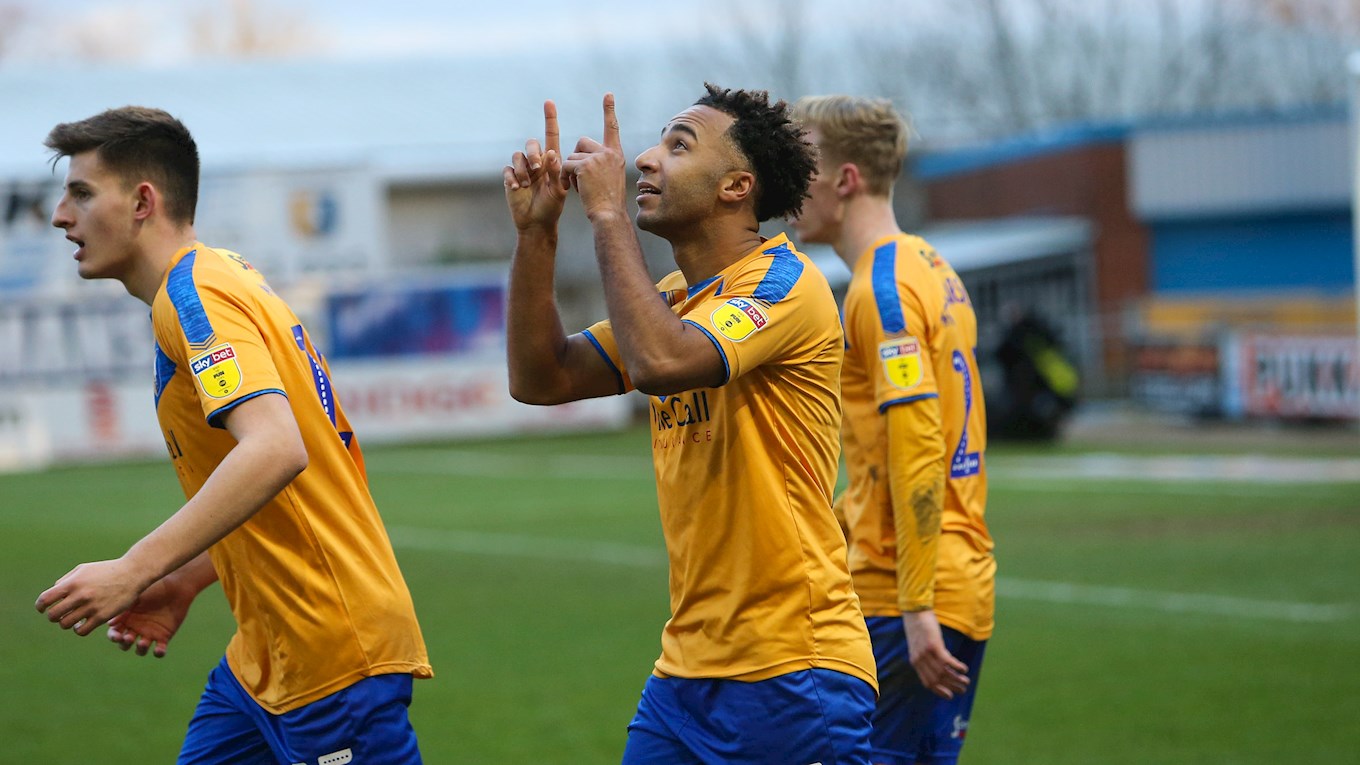 “We knew before the game whoever was going to be shooting down this end [the Quarry Lane stand] would have the majority of the ball, which was Carlisle, and I thought we did well to keep them out.

“Coming in at half time we knew the tables would turn and I think that’s what happened. We dominated, getting chances and we got ourselves into a two-nil lead.

“And then we’ve [conceded] a freak goal that didn’t look like coming. That’s got their backs up, given them a little bit of hope, and then we’ve given a silly foul away in the dying minutes.

“We say don’t give silly fouls away because you can be punished, and we’ve been punished again today.”

The second-half brace took the 33-year-old’s league tally to 14 for the season, yet Maynard believes there is still room for improvement. 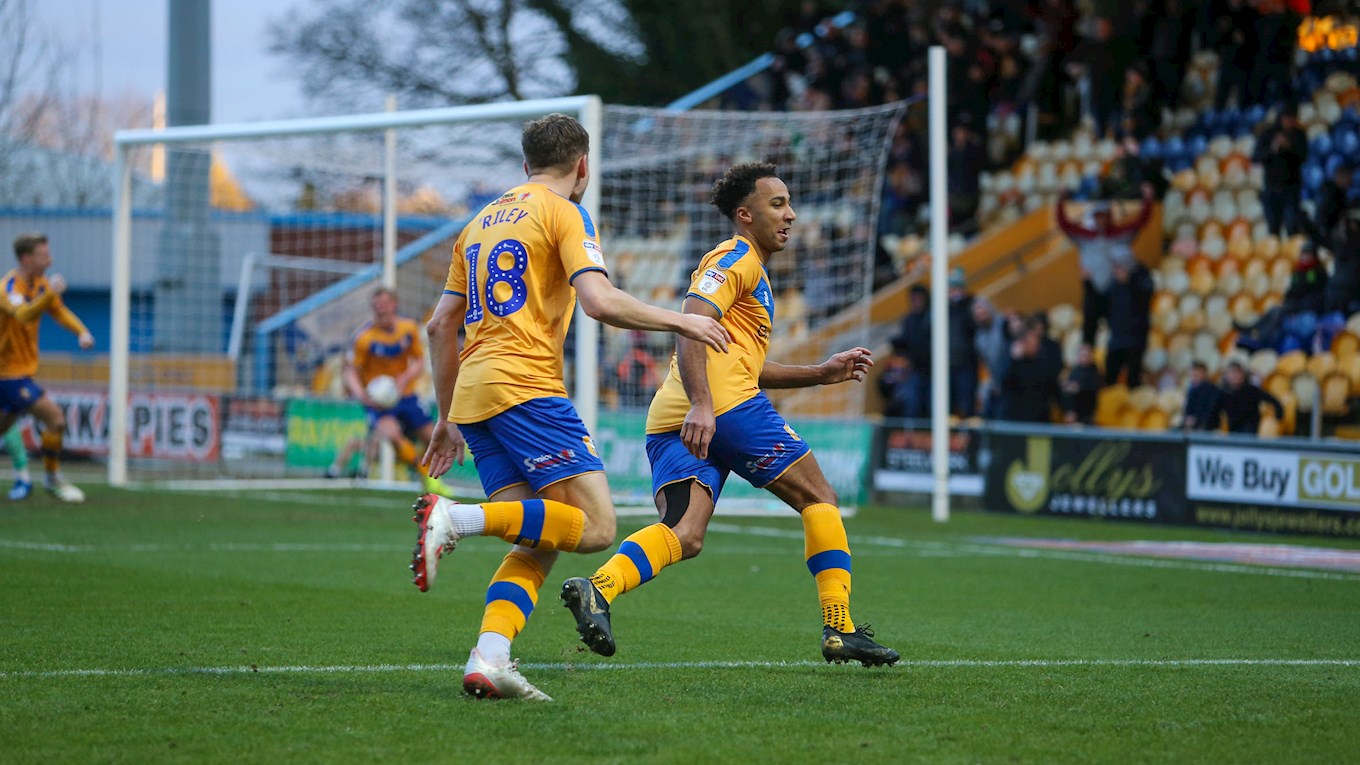 “There have been a few chances where, for me, they’re dead certain to be a goal and I’ve not scored. I’m never pleased.

“My game-to-goal ratio is okay but I don’t think you should be ever pleased with your work, you should always strive to be better and I’m no different.

“I’m not resting on the amount of goals I have now – I want to score more and hopefully that will bring more points.”

In addition, the former West Ham frontman noted that the amber and blue must become savvy in order to see games out.

“We’ve got to know, in a game like today, what got us into a two-goal lead,” Maynard explained. 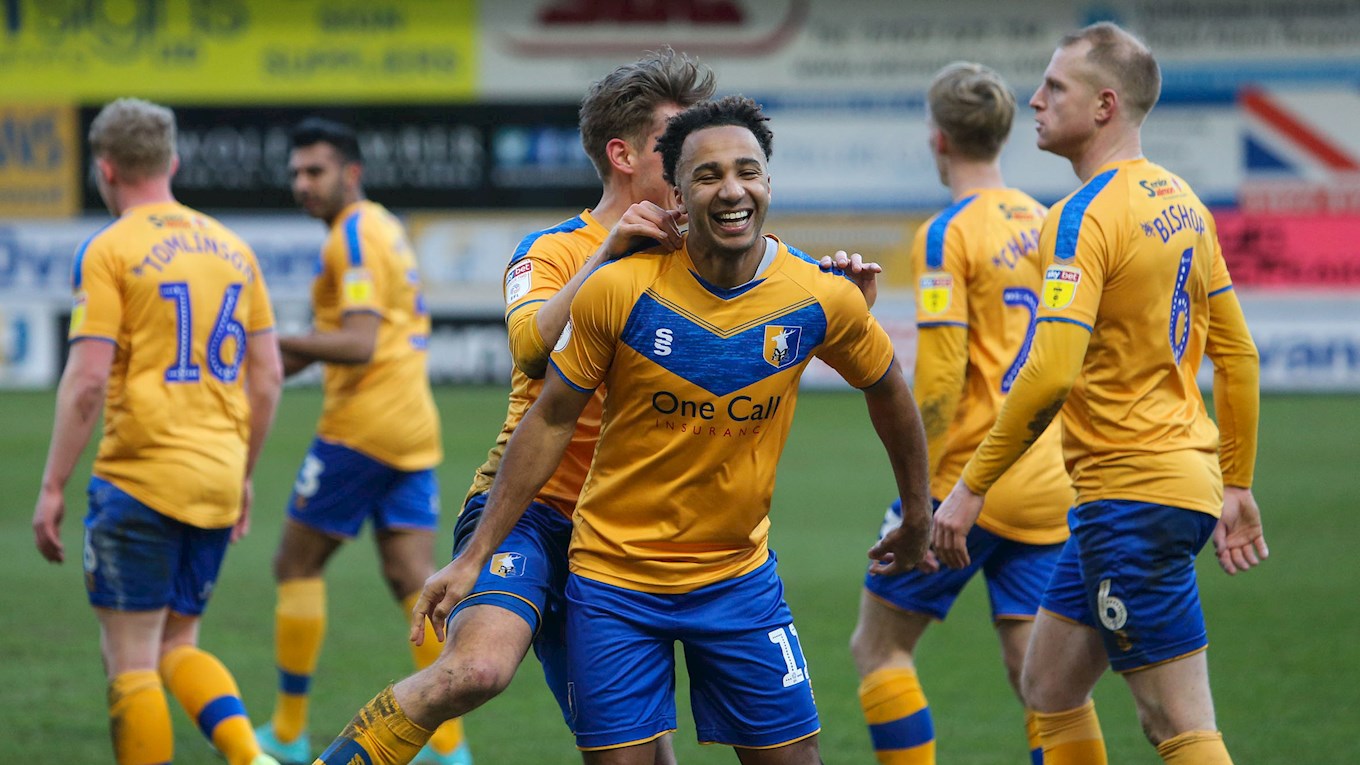 “Keep at that and don’t give silly fouls away, don’t be snatching at the ball.

“It’s football knowledge, really. We have to be clever and see the game out. We shouldn’t have threw that game away, we should have kept the ball in their corner, wasting time.

“I think Chief [Krystian Pearce] was outstanding today so he’ll be hurting more than most. He put his body on the line and I know it’s still a point.

“We need to move on, work on the training ground as we have been doing and hopefully things will change.”