Stags' reserves are back in action on Tuesday 11 February when they travel to face Doncaster Rovers in the Central League (1pm).

Last time out, the amber and blue recorded a 1-0 win at home to Walsall at The RH Academy.

Striker Jimmy Knowles opened the scoring in the first ten minutes, with the forward's effort proving to be the only goal of the game.

The result moved the Stags to second in the Central League standings, two points behind Rotherham United with two games in hand.

Doncaster sit fifth in the table ahead of Tuesday's clash, have suffered a 5-1 defeat to Rotherham last time out.

In the game prior to the heavy defeat against the Millers, Rovers recorded a 3-2 win at home to Walsall.

Ahead of the fixture, first team boss Graham Coughlan said: “There will be a couple of seniors in the side who are not quite featuring in our first team squad or coming back from injury.

“I like to have some seniors around the juniors, because if you have good seniors, you’ll have good juniors.”

The match will take place at the following venue, with entry free of charge for supporters: Cantley Park, off Ascot Avenue, Cantley, Doncaster, DN4 6HE.

The match will kick off at 1pm. 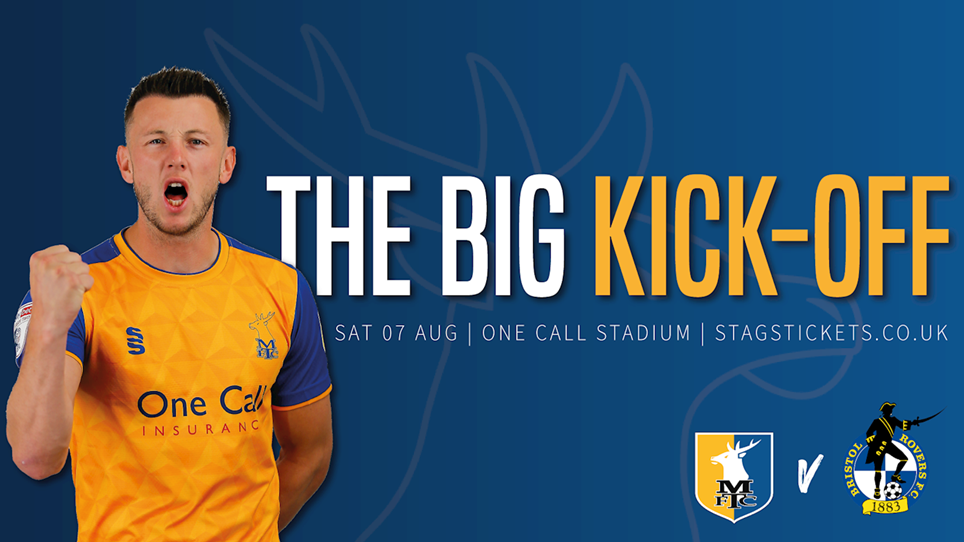 
The Stags begin their 2021/22 Sky Bet League Two campaign at home to Bristol Rovers on Saturday 07 August (3pm kick-off). Here’s all you need to know ahead of the match…


The Stags will welcome supporters back to One Call Stadium for the first time since February 2020 on Tuesday evening, when Nigel Clough's men host Sky Bet Championship side Coventry City (7pm...


Mansfield Town will continue their pre-season campaign away at Alfreton Town on Friday evening, with the match kicking off at 7:30pm.


The Stags will continue their pre-season campaign against Grimsby Town on Tuesday afternoon, in a behind-closed-doors friendly at The RH Academy.