After seeing his side create several opportunities away at promotion hopefuls Cheltenham Town, boss Graham Coughlan says that the narrow 1-0 defeat is ‘very hard to take.’

Substitute Reuben Reid scored the game’s only goal in the second-half after the Stags missed several gilt-edged chances – two of which were one-on-one situations.

The Mansfield manager believes his side deserved to leave Jonny-Rocks Stadium with three points.

“I felt we deserved to win the game,” he told iFollow Stags. “We were the better team and we didn’t win the game. We’ve come away with nothing again.

“I thought we were excellent in the first-half with the chances we created, and we defended manfully again. They did everything we asked of them.

“I thought we were very good today and it’s very, very hard to take to be honest. The performance levels have really risen and the fitness levels have gone through the roof.

“You can see that we’re in every game and we should have more wins on the board. We’ve lost another game and I’m absolutely devastated, but I have to take my hat off to the dressing room, the way they’ve performed. 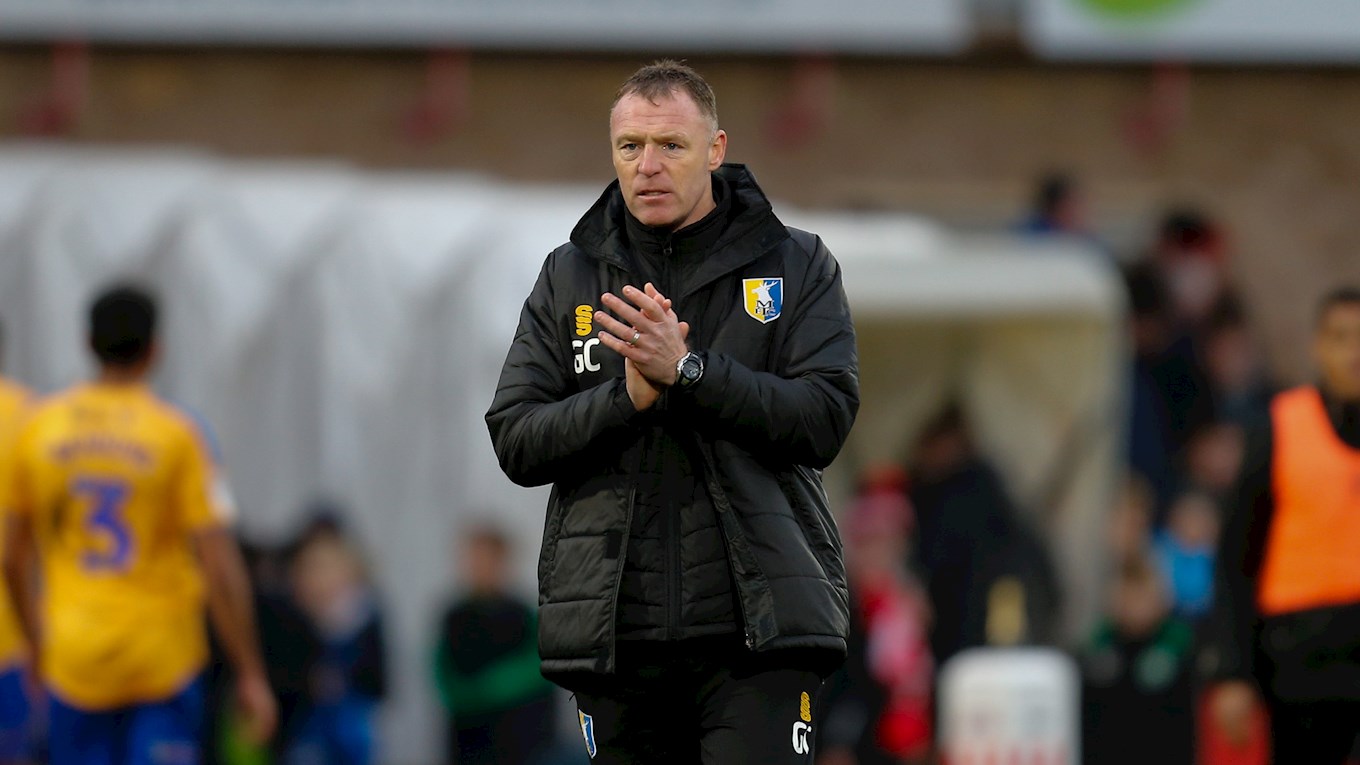 “In any game of football, you need luck, and we didn’t get the break of the ball today. They had one or two shots on target and came away with a 1-0 victory.

“That hurts us, the players, the supporters, as we fully deserved to win that game. Our lads were excellent today.”

The boss discussed Cheltenham’s goal and Robins manager Michael Duff’s decision to use all three of his allocated substitutions at once in the second-half.

“We gave the ball away in midfield [for Cheltenham’s goal]. We turned it over and let a cross come in the box, and no one picked him [Reid] up for the goal.

“They made three changes and one of them scored the goal. But that’s what Cheltenham can do with the squad of players that they’ve got. 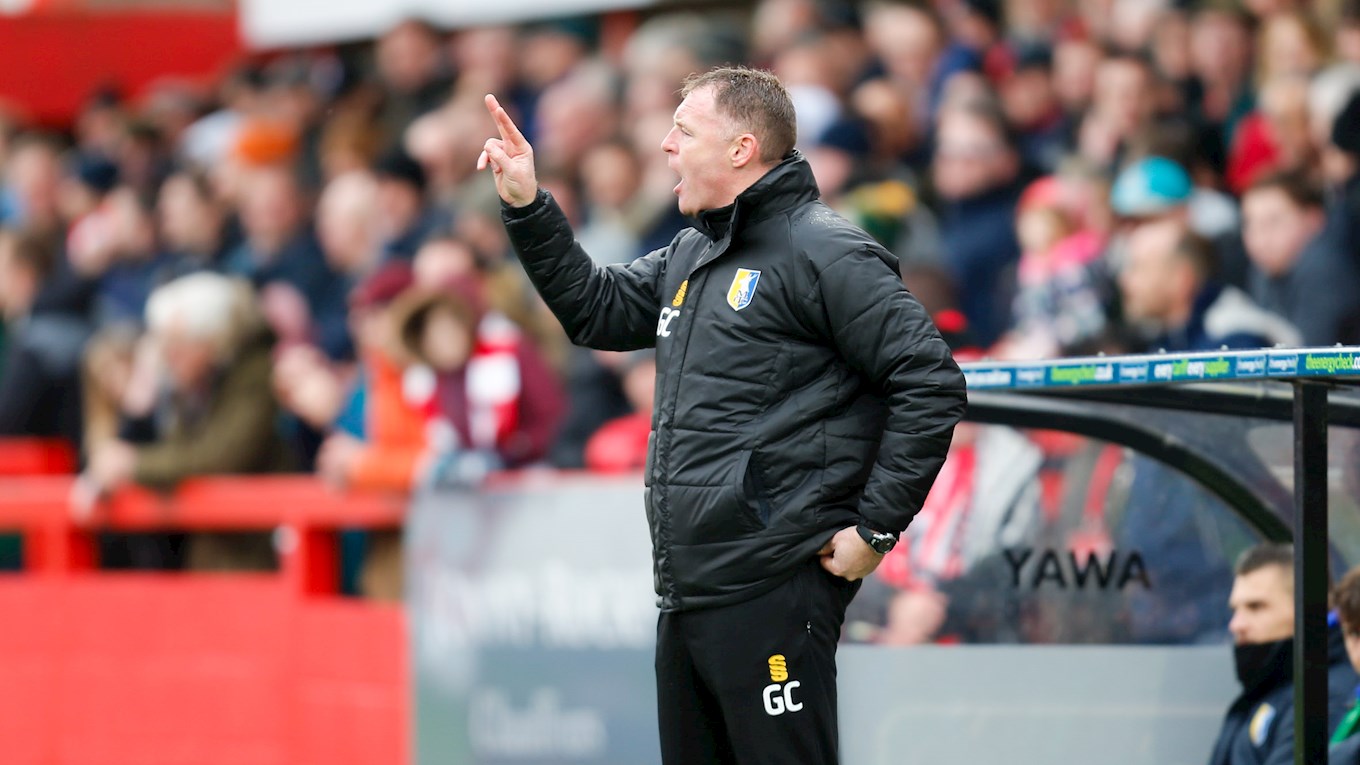 “But you take your hat off to them – when you’re up that end of the table, that’s what happens. You get little breaks.”

Despite the defeat, the manager says he can see much progress in his side.

“Today is really hard to take, but I’m really proud of the lads, the way they’ve employed themselves today, stuck to it and created many opportunities.

“We’re dominating games and have had a long road back to where we were. There’s certainly seeds of hope and there is plenty of progress.

“The fitness levels are improving, we’re organised and the players are believing that they can come out and compete.

“Mentality is a big thing in football, and to change the mentality of the football club is going to be tough. But I do believe we’re making inroads.”