Mansfield boss Graham Coughlan believes his side let themselves down late on after what he described as ‘a professional performance’ against Carlisle.

A brace from Nicky Maynard saw the Stags hold a comfortable two-goal lead before the visitors struck twice late on to secure a point.

The manager says that despite ‘positives’ in the amber and blue’s spirited display, his side did not defend Carlisle’s late free-kick well enough.

“The conditions played a part when the cross goes over our goalkeeper’s head [for Carlisle’s first goal] but you don’t give away a foul in the 90th minute,” he told iFollow Stags.

“We let the ball bounce into the box and it shouldn’t be happening at this level. It’s not good enough and it needs to be better.

“I thought it was a professional performance and we were in control. We were manful in the first-half and defended against the wind.

“We were in control and never in any trouble [in the second-half]. I’m just asking us to see the free-kick out at the end of the game.

“Their first goal goes in with a bit of luck, but let’s just defend the front post better than that [at the end]. The ball cannot beat the first man and bounce into the box. It’s happening too many times. 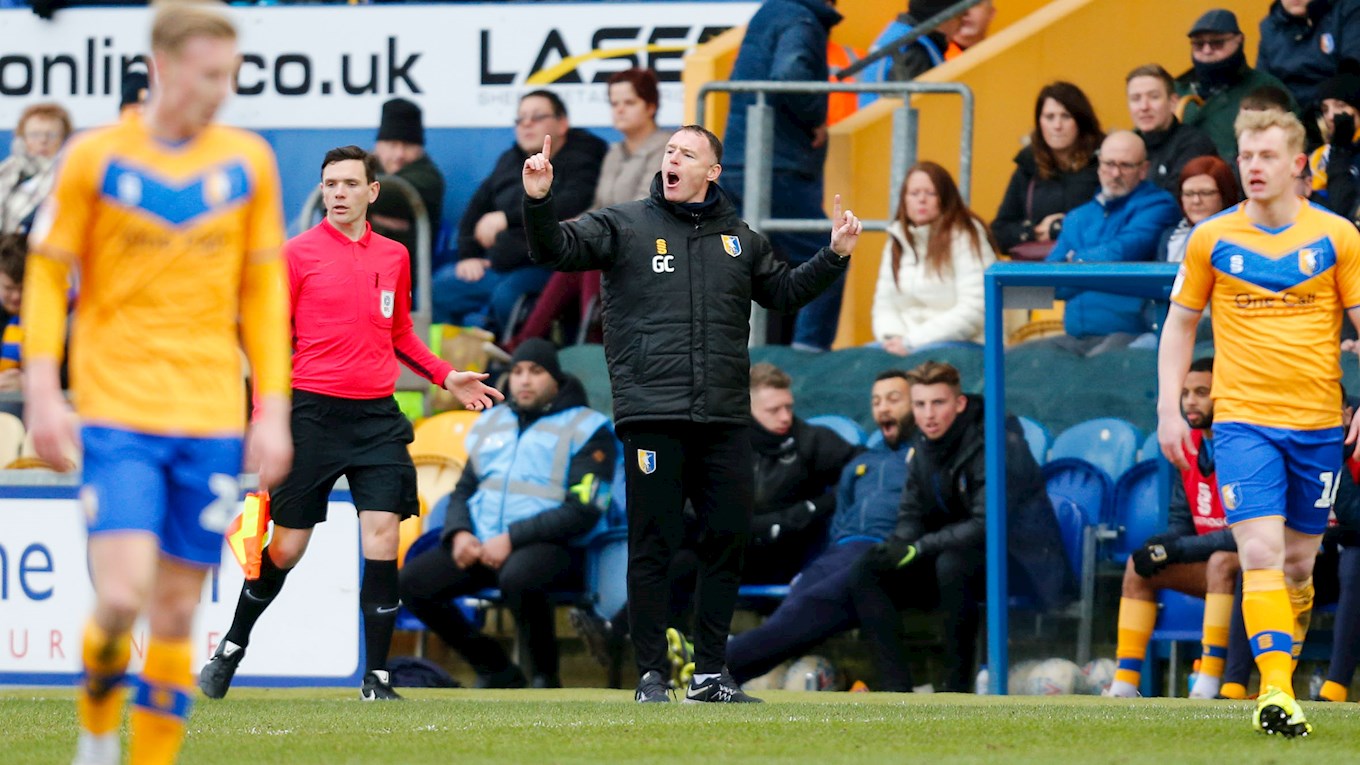 “Neither team had that spark or freshness today, so it was a stale performance from both sides – that’s League Two when you have a third game in a week.

“If we can see those moments through, we will have long term success. Because overall, the performances, there are a lot of positives – and that’s hard for me to stand here and say that after what feels like a defeat.

“We have to roll our sleeves up and accept where we are, and it needs to be better.”

The boss says that his players need to improve their ‘mindset’ in the closing stages of matches.

“We’ll have to iron them [mistakes] out. It’s about mindset. You need the players to buy in. They have to roll their sleeves up and get through it.

“We managed the conditions really well and we pinned them in. But they get into our half and a cross goes over the goalkeeper’s head and all of a sudden, chaos sets in. 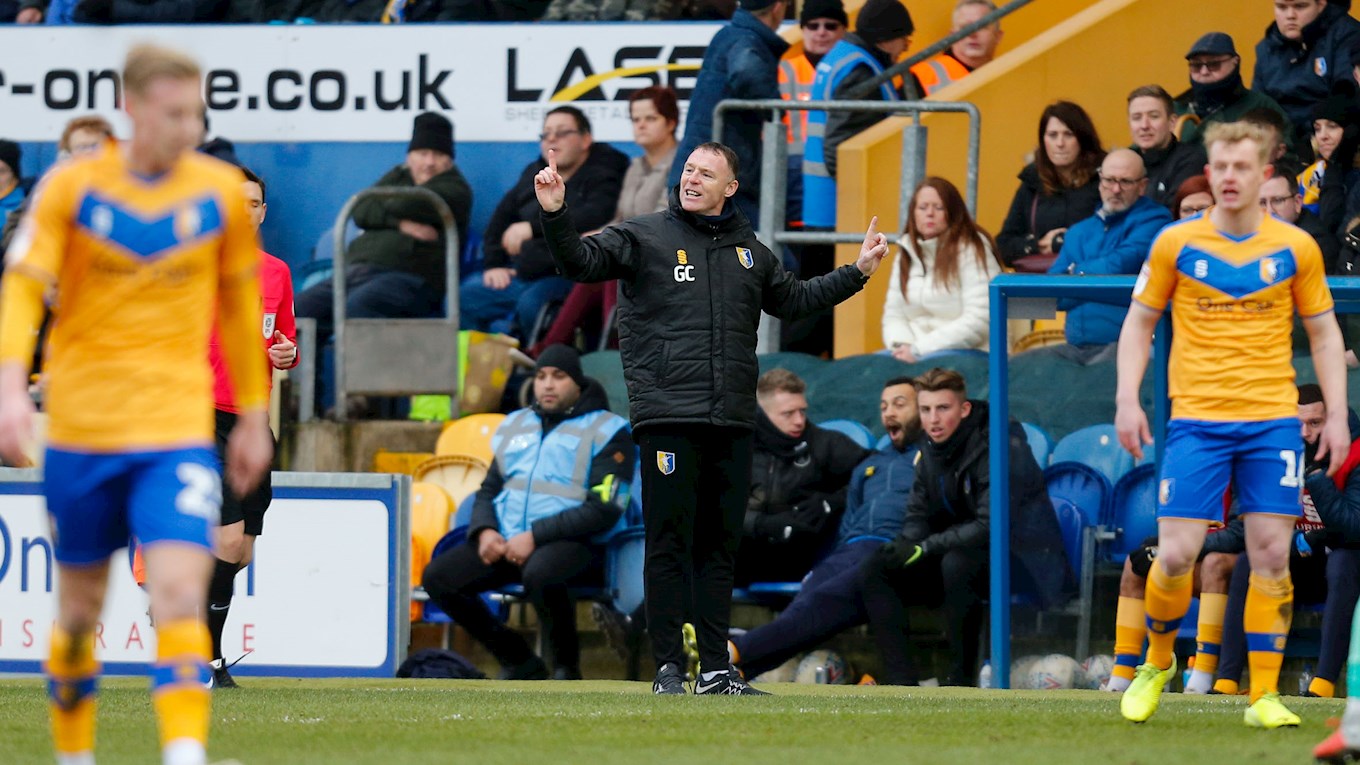 “We have to clear our heads of that mindset. The majority of what has been going on at this club over the last six or seven weeks has been excellent. But results aren’t going our way and we’re making too many simple errors.

“It’s difficult for me to stand here and raise a smile but if we can get through these patches, we’ll be fine in the long term.”

There was also an injury update on midfielder Alex MacDonald, who was replaced by Willem Tomlinson in the first-half.

“We’re hoping he [MacDonald] has come off through fatigue. We’re hoping he’s caught it [injury] early and it’s not too severe – I don’t think it is.

“He’s been sensible as a pro’ and come off early doors before causing any lasting damage.

“That’s the effect of having three games in a week and the six or seven weeks training with me, because it has been intense and tough on the lads. We’re playing catch up and these things will occur. Hopefully it’s not long term.”