After a scrappy first 45 minutes with few chances for either side, defender Joe Riley opened his Mansfield account on the hour, before Alex Kenyon equalised from a Morecambe set piece late on.

Despite the understandable disappointment following the late equaliser, Dunne was pleased with the majority of Mansfield’s display.

“Obviously we’re disappointed to come away with only a point,” he told iFollow Stags. “Coming here today, we were against a team that is in a similar position to us and have good home form.

“The impetus was with them to score and take the lead, so getting into half-time [at 0-0] we thought we could then work our system.

“I thought second-half we were in good control of the match. Getting the goal, I thought we were going to go on and win it.

“In the end there was some heroic defending to preserve that point, but it shouldn’t have really come to that.

“We feel that it’s a couple of points that we should have had in the bag again, and it [Morecambe goal] has come from a disappointing situation. 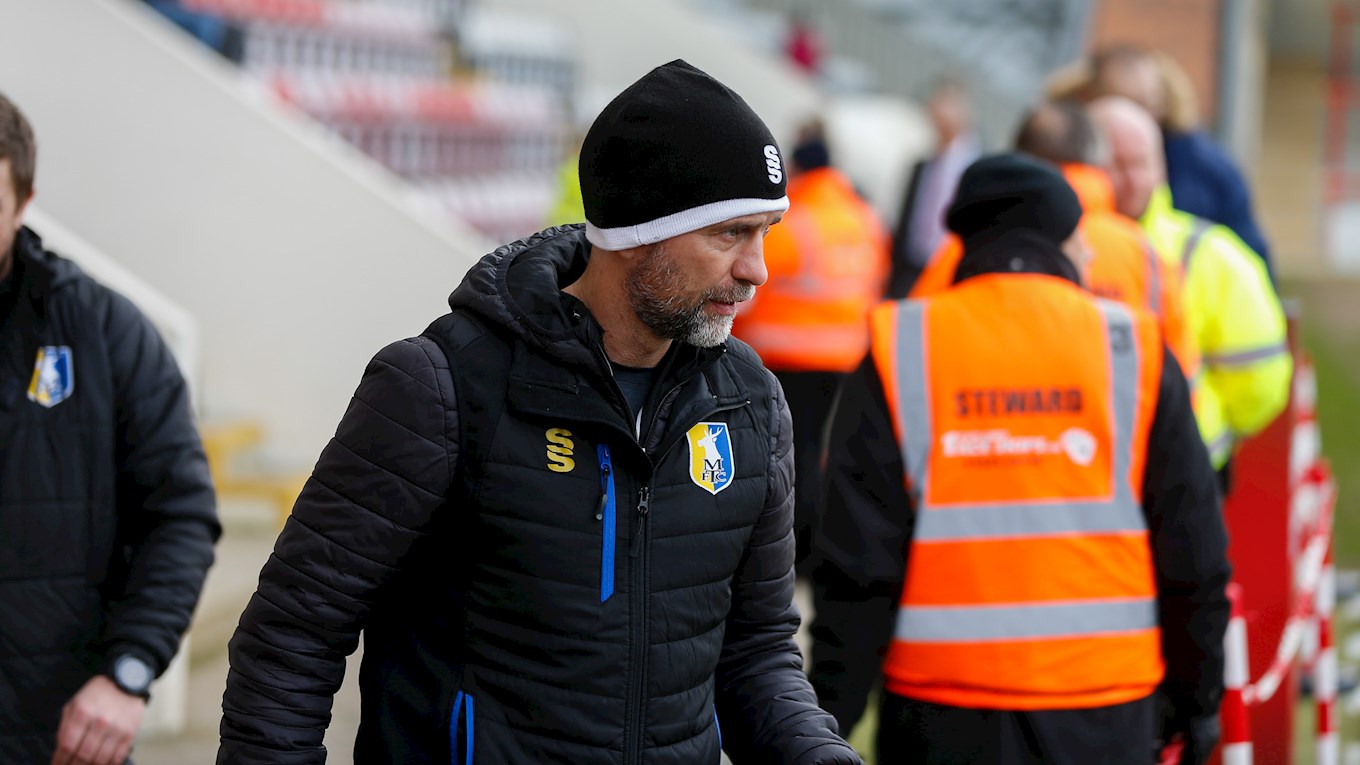 “However, there were a lot of positives in the second-half today. We worked our system and managed to get into it. But the difficulty of the last period of the match, we caused a lot of problems for ourselves.”

The Stags’ assistant boss says that the amber and blue are showing signs of improvement with every passing fixture.

“We’ve worked this week on a certain way of playing and we’re seeing improvements every week playing as a group,” he added.

“It’s good to see it capped off by a good move [Joe Riley goal, pictured below]. There were one or two other moments we had where we could have capitalised – especially in the second-half. “We just didn’t have that final ball, but we’ll work on that going into Tuesday.

“We thought after we scored there was enough control of the game to get another goal. We felt we had enough to see the game out.

“We added CJ [Hamilton, below] to the game, trying to get a bit of pace up front and get him in behind. Unfortunately we turned down opportunities to use CJ enough – we’ll speak about that and look at that.

“We felt it was a good, attacking substitute to make to put more pressure on the opposition.” 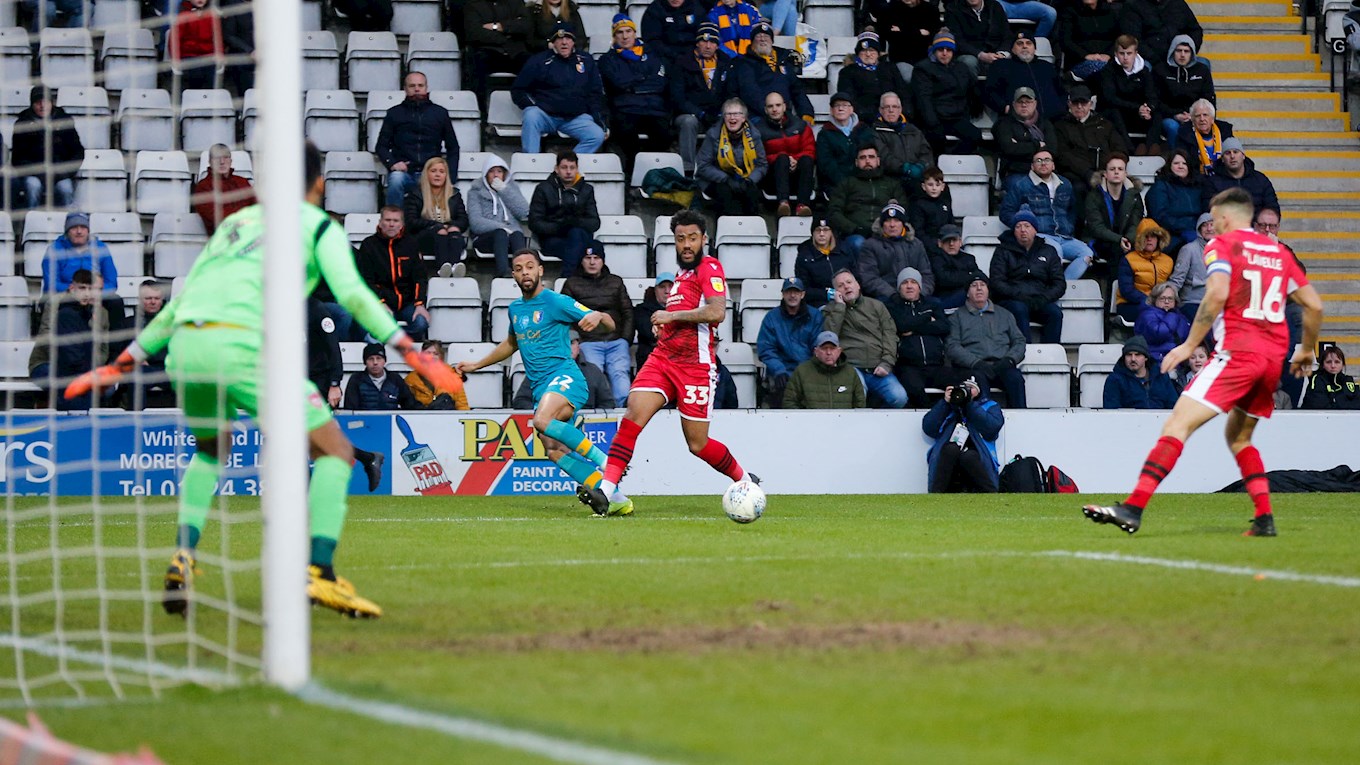 There were also comments on the goal conceded by the Stags from Dunne, who added: “We’ve had a couple now – we want to see more aggression to defend it individually in that moment.

“We defended most of their set plays exceptionally well today. We just need to defend that area a little bit better.”

Looking ahead to Tuesday’s fixture away at Leyton Orient, the 46-year-old previewed the schedule over the next few days.

“We’ll assess all the boys on the way home tonight and maybe get them in tomorrow depending on the knocks, bumps and bruises.

“Harry Charsley has taken a cruel blow to the nose and we’ve taken a couple of the boys off as a precaution.

“We’ll assess them all and try and stay positive. We still feel that we’re building and that we have a lot of good things going forward.

“You take out the small detail moments and we’re probably well up the league now. But that’s where we are and we have to keep on believing to try and move up the league.”