Centre-half Ryan Sweeney highlighted the character of the Mansfield Town squad after staging a dramatic fightback to draw 3-3 with Crawley Town on Saturday afternoon.

The No. 5 opened proceedings at One Call Stadium after turning home George Maris’ corner inside the early exchanges.

And with midfielder George Lapslie’s volley being followed up by a stoppage-time effort by forward Andy Cook, the Irishman was quick to praise their never-say-die attitude.

“I thought it was a decent performance, especially in the first-half,” the defender told iFollow Stags.

“I thought we were really good. The message at half-time was to be ready for their fast start and we weren’t. We hit a mad 10 minute spell and it felt like we had blinked and we were 3-1 down. 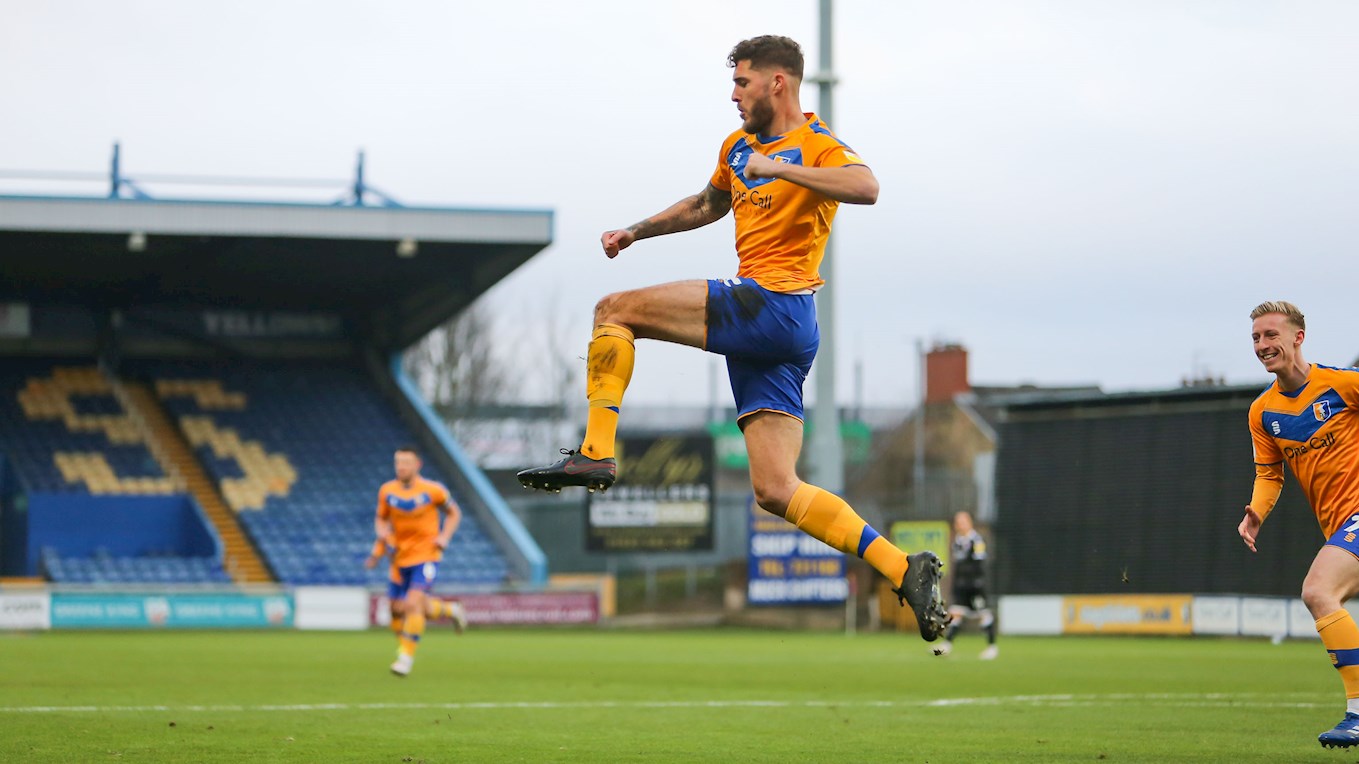 “Full credit to the lads for coming back and sticking with it. That’s two late goals in the space of a week, so there’s character in that dressing room.

“Especially after the week we’ve had – there’s been a lot of games with one going into extra time – so it’s fair play to the boys for coming back and taking a point.”

The 23-year-old was buoyed by Mansfield’s first-half display but was ultimately left disappointed after squandering their advantage early in the second period.

“There was some good football in there with the midfield doing the ugly side well. It got us up the pitch.

“The forwards were great, too, and I thought Jord [Jordan Bowery] carried the ball really well for us. It was just a little bit disappointing that we couldn’t capitalise on that a little more. I thought it was a good first-half performance. 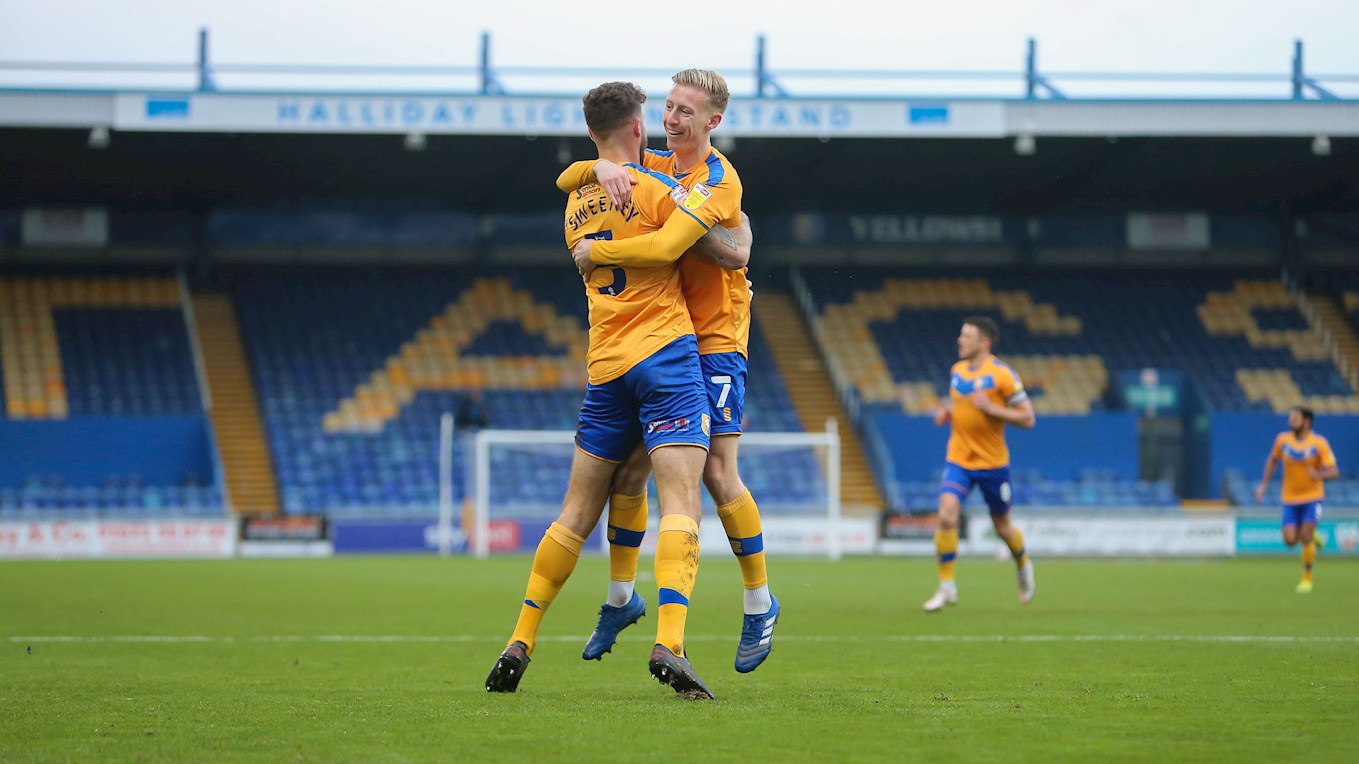 “We were really disappointed with the way we started the second-half but to be fair to them they probably had three or four shots in that space of time and it felt like everything went in.

“Sometimes that can happen. It’s disappointing from our point of view but we ended up taking the point.

“When you’re on top that much you’re expecting a response from the other side. It was just that we didn’t deal with it as well as we’d thought we could, so it’s something to look at and improve upon heading into next Saturday.

Sweeney also looked back on his side’s recent run under boss Nigel Clough that has seen just one defeat in the past 10 outings. 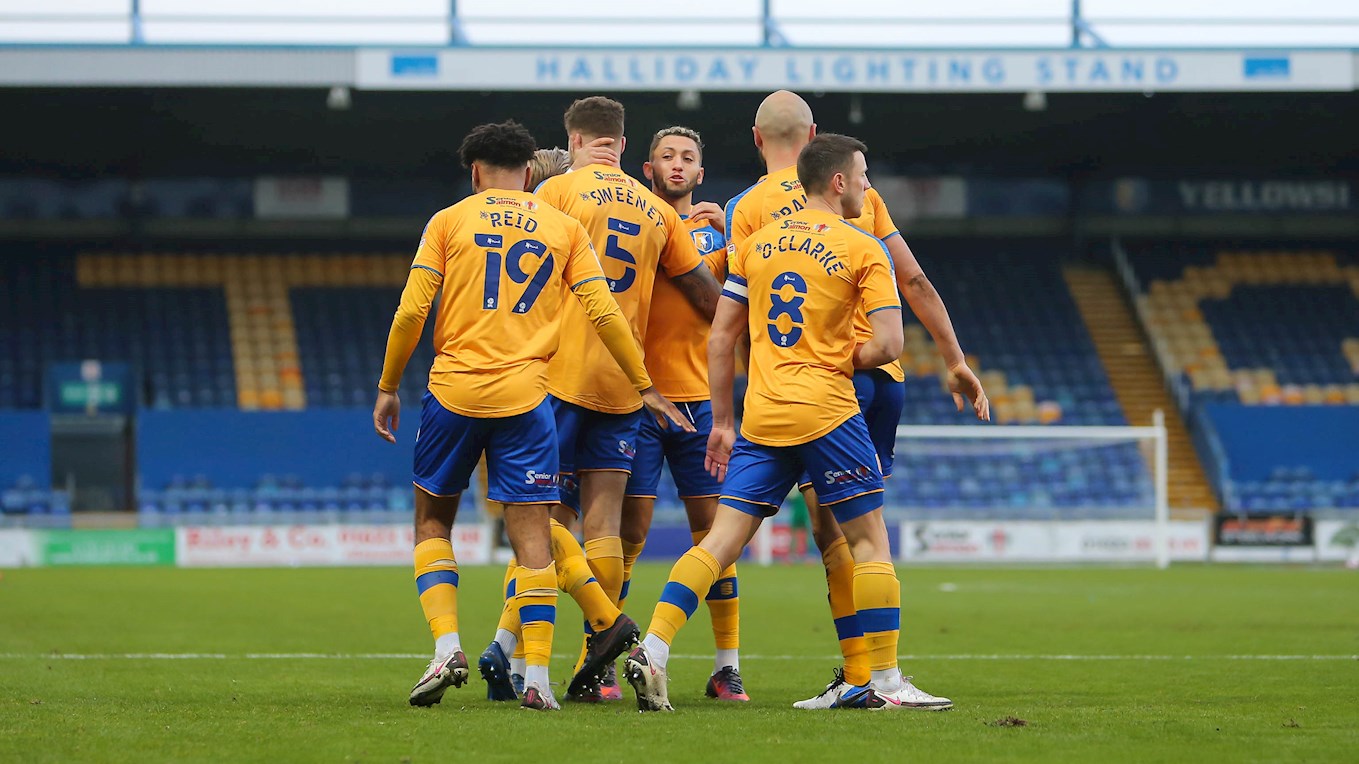 “It’s probably a bit mixed because I genuinely think we played decent, it was just a mad 10 minutes that have ended up stopping us from getting all three points,” he continued.

“I think it’s one loss in the last 10 [games] now, so if you can’t win then the first priority is not to lose and when you get a point from 3-1 down you’ll take it.

“We’re not happy with it at all - and it’s something we’ll look to rectify for next week - but it’s a point we’ll move on with.

“Football is about momentum. We haven’t lost an awful lot this season we just haven’t managed to turn draws into wins.

“We’ll keep cracking on, getting on the training pitch, working hard and still try to build that momentum heading into the Christmas period.”

iFollow Stags subscribers can watch Ryan's interview in full by logging into mansfieldtown.net/ifollow later this evening.