Manager Nigel Clough says it was ‘important’ that his side did not leave Blundell Park emptyhanded this afternoon, after he conceded the Stags were ‘far from their best’ against Grimsby Town.

Striker Nicky Maynard netted an equaliser from the penalty spot (below) after Ira Jackson opened the scoring for the Mariners in the second-half.

The boss says that there was a lot of ‘honesty’ in the performance, but says that the Stags were not ‘sharp’ enough today.

“I’m not particularly pleased with it [performance] today,” he told iFollow Stags. “It took us a while to get into the game and I thought the biggest thing that let us down today was the delivery into the penalty area.

“We either hit the first man or it was going over the back of the goal. I thought we started the second-half okay, but they get one shot that’s parried and they get the goal.

“It’s very important when you don’t play well not to lose the game, as we were far from our best today.

“We had a good week’s training, but mentally as much as anything, it caught up to us today.

“We looked a little bit leggy and not as sharp as we have in recent weeks. With that in mind, it’s really important not to lose. 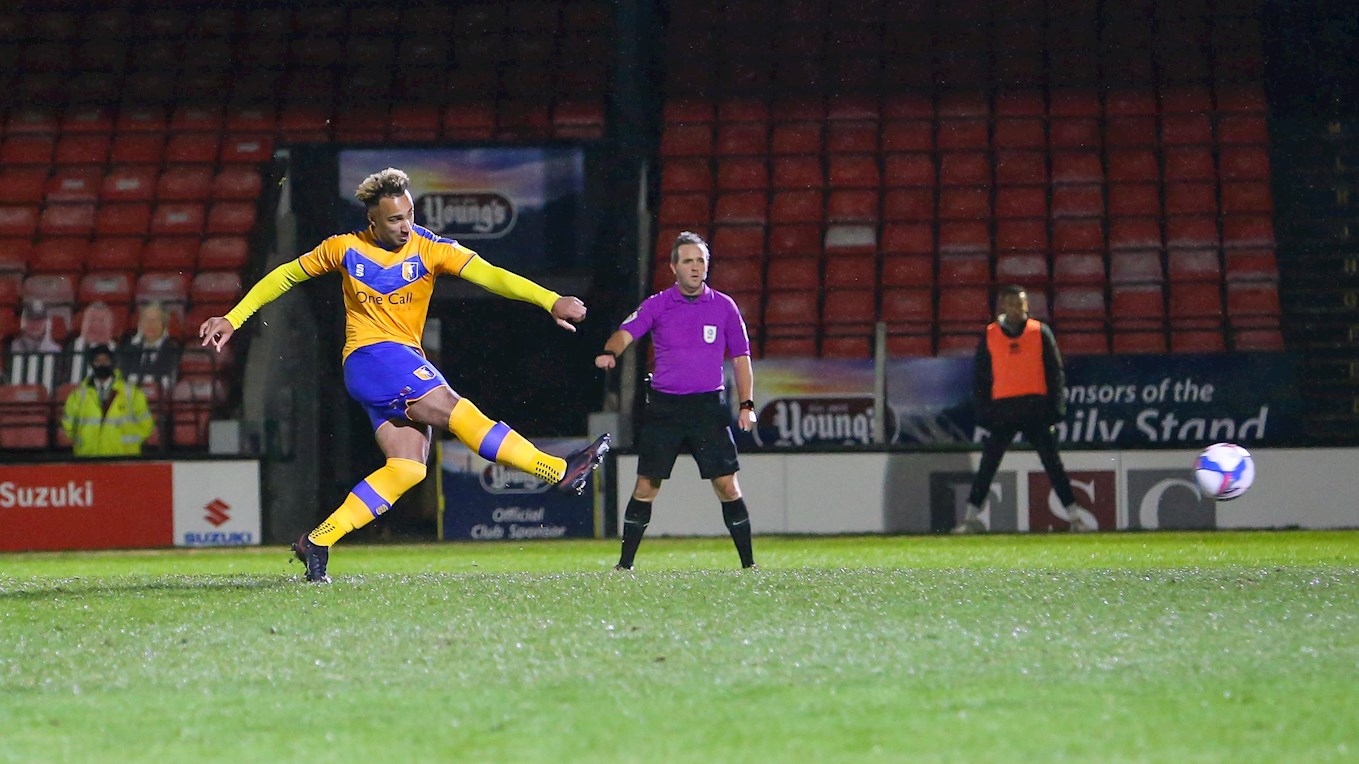 “There was so much honesty on the pitch today but it was a really scrappy game. There were a lot of free-kicks which disrupted the game.

“We threatened a couple of times, but it’s one of those if you’re on it or you’re defensively solid, you can win that game 1-0.

“It’s probably the poorest we’ve played, and we’ve come out with a point away from home.”

Nigel Clough also shared his views on Grimsby’s goal, which opened the scoring in a scrappy affair.

“The positions we got into today, we didn’t create enough clear cut chances, which was the problem,” he added.

“We finished the first-half okay and started the second-half well. We were pressing and then they had a little breakaway [to score].

“The lads thought it might have been out of play on the far side, but Faz [Rawson] should do better with the header. 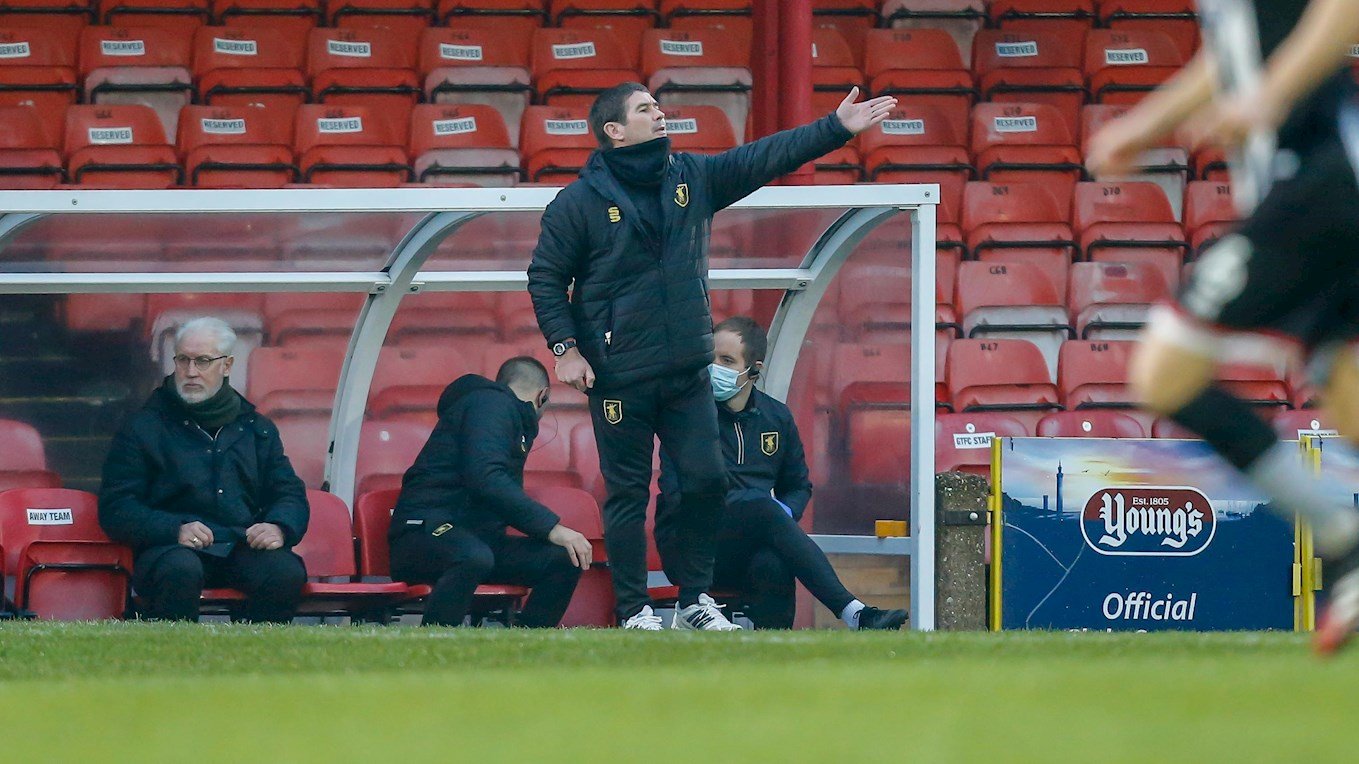 “It was a disappointing goal from our point of view and it gave them a big lift.”

There was also an update on injuries from this afternoon’s game, and how the Stags will utilise their time in the lead-up to Tuesday’s match at Carlisle United.

“George was coming off anyway – we were just in the process of making that substitution.

“He just got a whack on the thigh I think – there were two or three little dead legs today. Cooky [Andy Cook] and Nicky [Maynard] got one when they came on, so hopefully they will be okay for Tuesday.

“We’ve had a good week’s training, so they’ll certainly be off Sunday, then a light session on Monday ready for Carlisle on Tuesday.”