Boss Nigel Clough believes Stags ‘thoroughly deserved’ to win today’s 3-3 draw with Crawley Town, but praised the ‘resilience’ shown by his players to stage a late fightback at One Call Stadium.

After a dominant first-half performance saw Mansfield go into half-time 1-0 up, three quickfire Crawley goals at the start of the second-half left the amber and blue shellshocked.

However, the Stags dusted themselves down, and goals from midfielder George Lapslie and striker Andy Cook saw the points shared in Nottinghamshire.

The manager says he felt ‘relief’ at his side earning a point, but was still left with some disappointment after what was a superb first-half display by Mansfield.

“I thought it was a brilliant performance but a slightly disappointing result,” the boss told iFollow Stags.

“It was a great result in the end in the fact that we’ve come from 3-1 down with not long left, but over the course of the whole game, we thoroughly deserved to win it.

“The level of performance – apart from at the start of the second-half – was absolutely brilliant today. We created enough chances to win about four games.

“[I feel] relief that we’ve got a point. When you’re 3-1 down, then it’s unlikely you’re going to get anything. But I’m delighted with the resilience shown by the players. 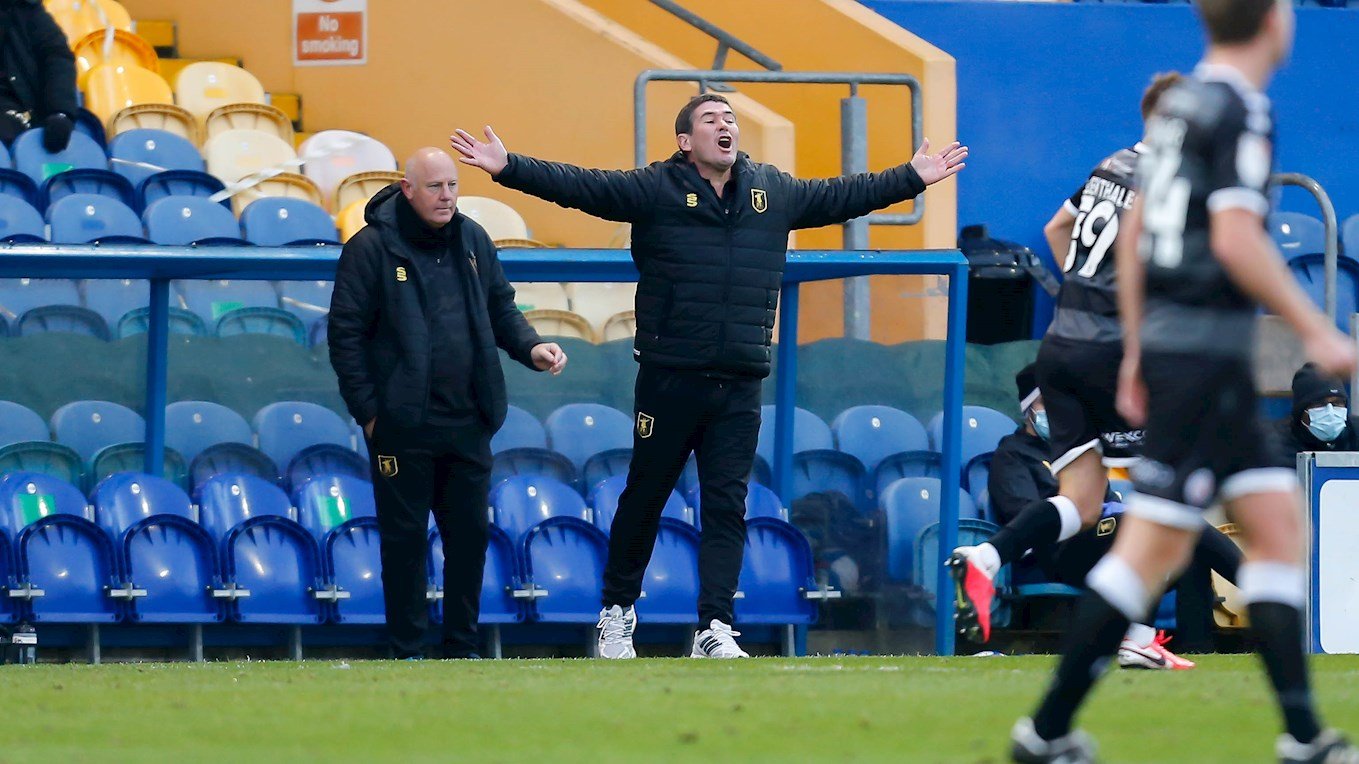 “When we did get it to 3-3, we got the ball back and were trying to get the winner. Coming off the back of the Cambridge win as well, I thought it was a brilliant performance today.”

Nigel Clough also shared his thoughts on what was a frantic first 15 minutes of the second period.

“To come in [at half-time] at only 1-0, that gives the encouragement and lift to the opposition,” he added. “They know they should be out of the game.

“When you come in at 1-0, you have to go out in the second-half and get through that first ten or 15 minutes, and we didn’t do that.

“They stepped it up for that period, had three shots and scored three goals. It’s not as if they were peppering us.

“They had three shots and scored three – if we had a similar ratio, we would be scoring eight or nine.

“Their third goal was an exceptional goal – but I also liked George Lapslie’s (below) goal.” 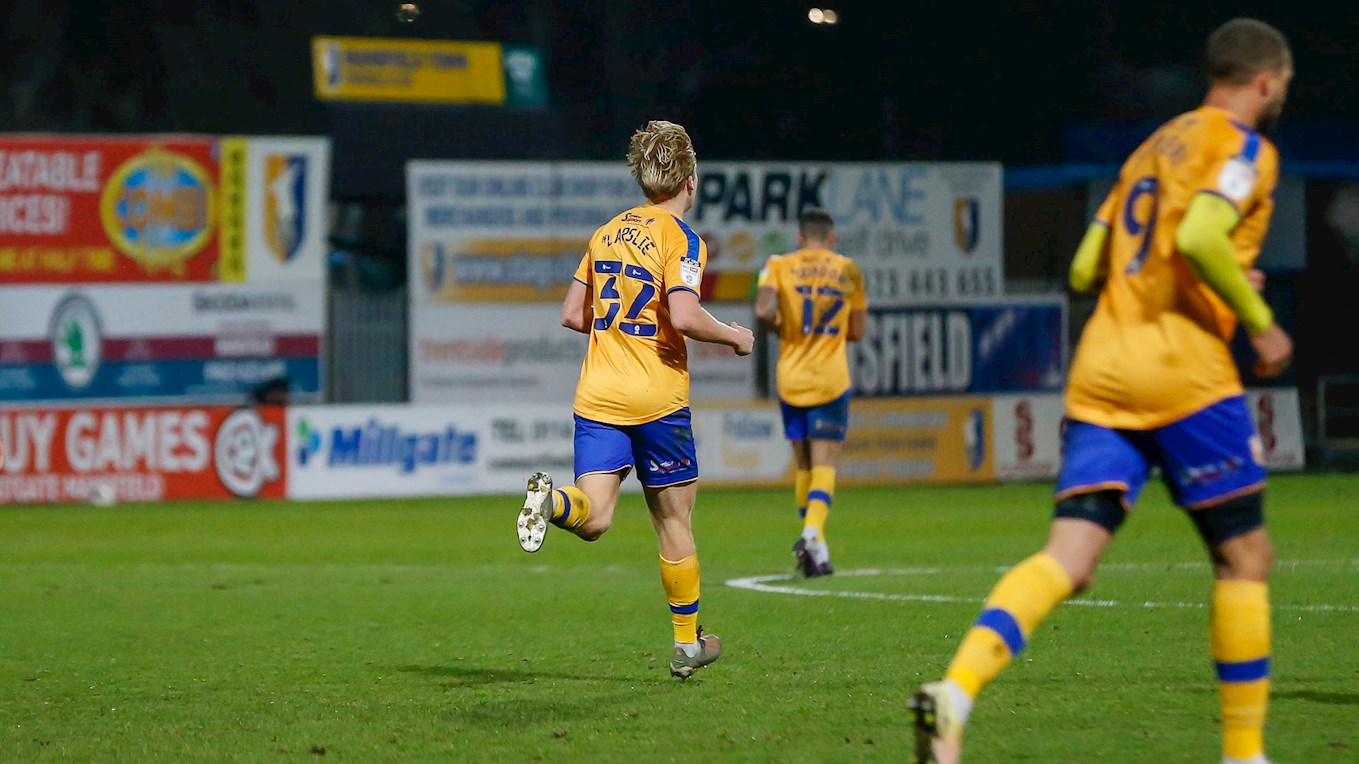 After seeing his side fight back from 3-1 down, the manager praised his players’ attitude, and reflected on a week where the Stags have won twice and drawn once.

“That [fighting spirit] is what we want. Never give up, never give in and go right until the end.

“We talked about it during the week a couple of times after the Dagenham result and hanging on at Cambridge.

“It’s about how important that spirit is going to be. We’ve had one defeat in ten now, coming from the place where they’ve been in the last few months, I think that’s a brilliant return.”