Boss Nigel Clough says he was ‘heartened by everything’ in Mansfield Town’s excellent win away at high-flying Cambridge United this evening.

In an entertaining affair at Abbey Stadium, it was striker Jamie Reid’s goal on 64 minutes that ensured all three points would be heading back to Nottinghamshire.

The manager says performances like tonight’s give the Stags a ‘template’ for how to win games away from home.

“I think it was [the perfect away performance], bar being a little bit greedy to go and get that second goal,” he told iFollow Stags.

“We came out to attack and I thought we did that really well in the first 15 minutes of the game.

“We got pushed back a bit, but came out similarly in the second-half and got the goal. Jamie Reid had a great chance just before [his goal], and we said to him ‘there’s a goal out there for you tonight.’

“It’s a great striker’s finish [from Reid]. It’s half a turn then he puts it in the bottom corner, and we looked after that lead from there. 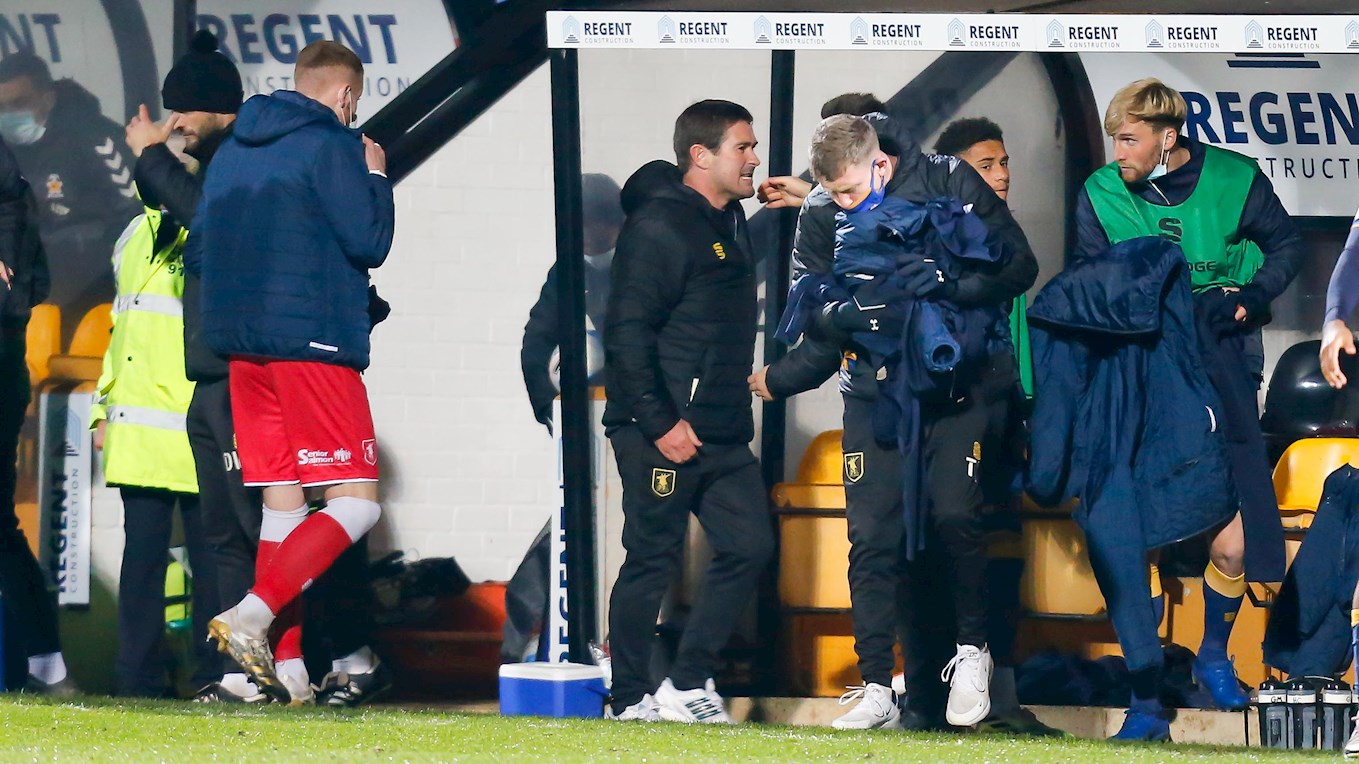 “For Rollin [Menayese] and Ryan [Sweeney] to come in, with both unfortunate to be booked in the first-half, defended magnificently in the second-half.

“I’m heartened by everything tonight. We had 15 shots each and possession will have been pretty even. I thought we looked as big a threat as them tonight. That’s the pleasing thing.

“The win gives us a boost and gets us up that table a little bit. We’ve got an awful lot of hard work to do in the next five months, but performances like this give us a template of what we’re looking for away from home.”

Nigel Clough also discussed a change of formation this evening, with his side operating in a 4-3-3 system.

“We’ve played it [4-3-3] with teams that we’ve been at because we enjoy it,” he added. “It gives us that balance and defensive solidity with three in midfield.

“You must have legs in midfield, good wide men and a centre forward who can get on the ball up front and is capable of getting a goal. 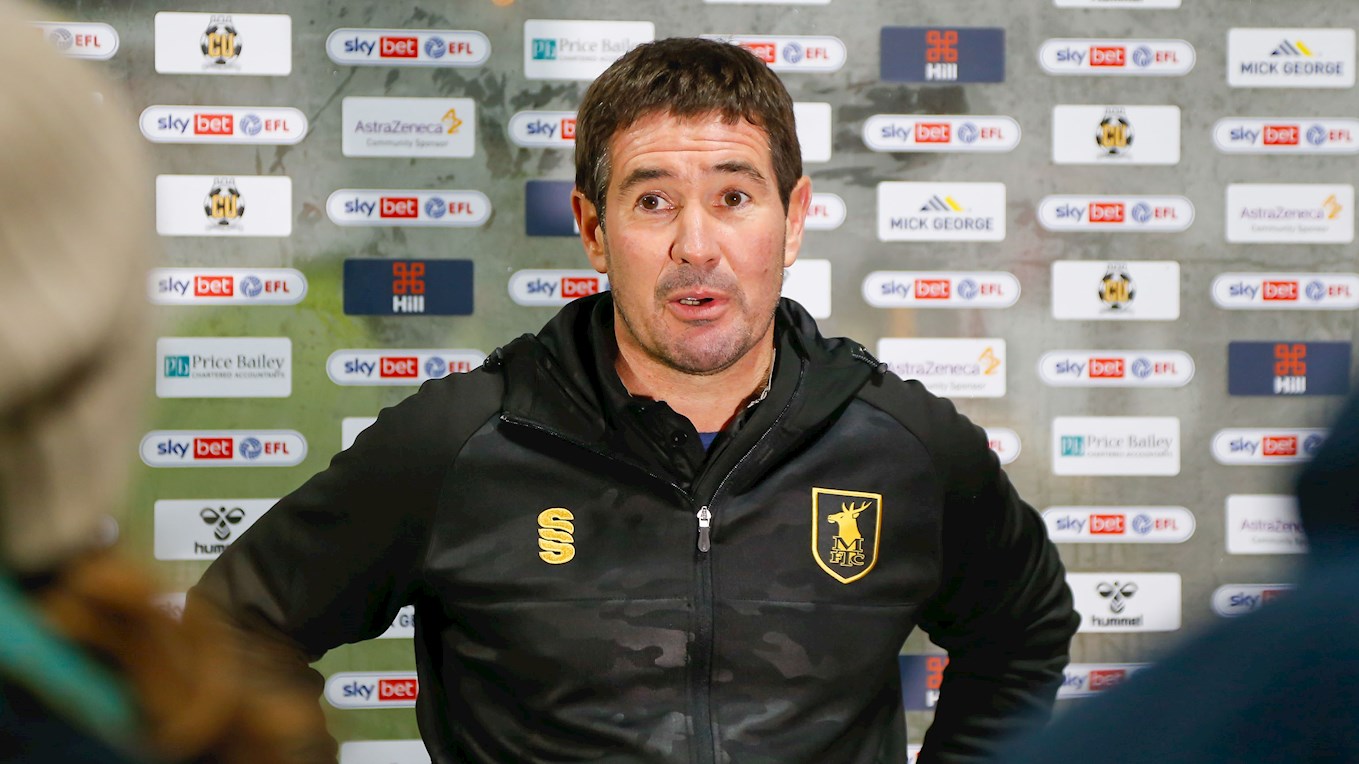 “Some people might say that we have to have two up front, but I think you can create as many, if not more, chances playing that way.

“I think Jordan Bowery has had as many chances playing wide than he has down the middle. It was a nice balance for the team tonight, but it might change on Saturday.”

This evening’s contest was played in front of just under 2,000 home supporters at Abbey Stadium, and the boss says he ‘can’t wait’ for fans to one day return to One Call Stadium.

“It was a bit strange. I’ve not had some stick from behind the dugout in a few months, so to hear one or two comments was nice!

“We’ve certainly missed the supporters and we can’t wait until we get some in at One Call Stadium.”