Mansfield Town captain Ollie Clarke says the Stags must improve their home form in 2021, and view the first game of the New Year – against Port Vale on Saturday – as a ‘clean slate’ on home soil.

The 28-year-old, who has made 16 outings this season, signed from Bristol Rovers in the summer.

The midfielder says that the Stags need to continue ‘taking the game’ to their opposition in the New Year, as he believes Mansfield are a better outfit when playing on the front foot.

“I think we need to improve in both boxes,” he told iFollow Stags. “We need to protect our leads a bit better and learn to be more streetwise at times.

“We just need to continue taking the game to the opposition, as when we do that, we look a much better outfit.

“On a whole, we need to try and keep it a bit tighter at the back to protect leads. We know that when we’re at it, we’re pretty much a match for anyone and we’re good enough to move up the league. 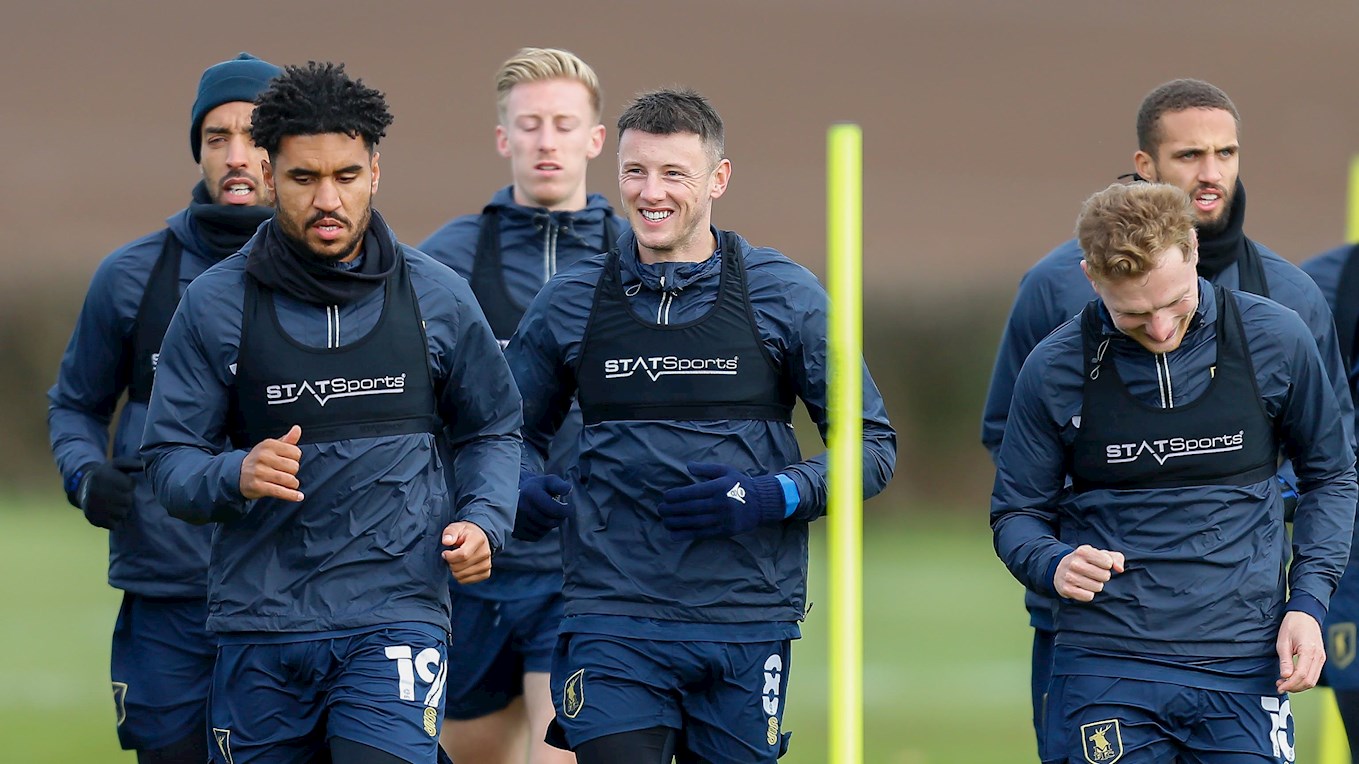 “You look at the home record and it’s been nowhere near good enough. We go into the New Year on Saturday and we want to start with a clean slate at home and go from there.”

Reflecting on 2020, the skipper looked back on the effect that the coronavirus pandemic had on last season, and his eventual summer move to One Call Stadium, a switch he says was the right decision.

“I know what I’m capable of and I knew [before recent run of games] I was capable of better, it’s just been the case this year where I haven’t had those runs of games [due to injury],” he added.

“The gaffer [Nigel Clough] has come in and he trusts me. I enjoy working under him and that probably gets a bit more out of me in terms of helping my game and doing the right things.

“Goals and assists, it’s one of those where I want to improve on them. It’s not my out-and-out game to go out there and score goals, but it is a nice feeling when you do that.

“It [year] has been a lot different to what I’ve been used to, football-wise. We had a long lay-off and didn’t really expect what was coming to us in terms of the pandemic. 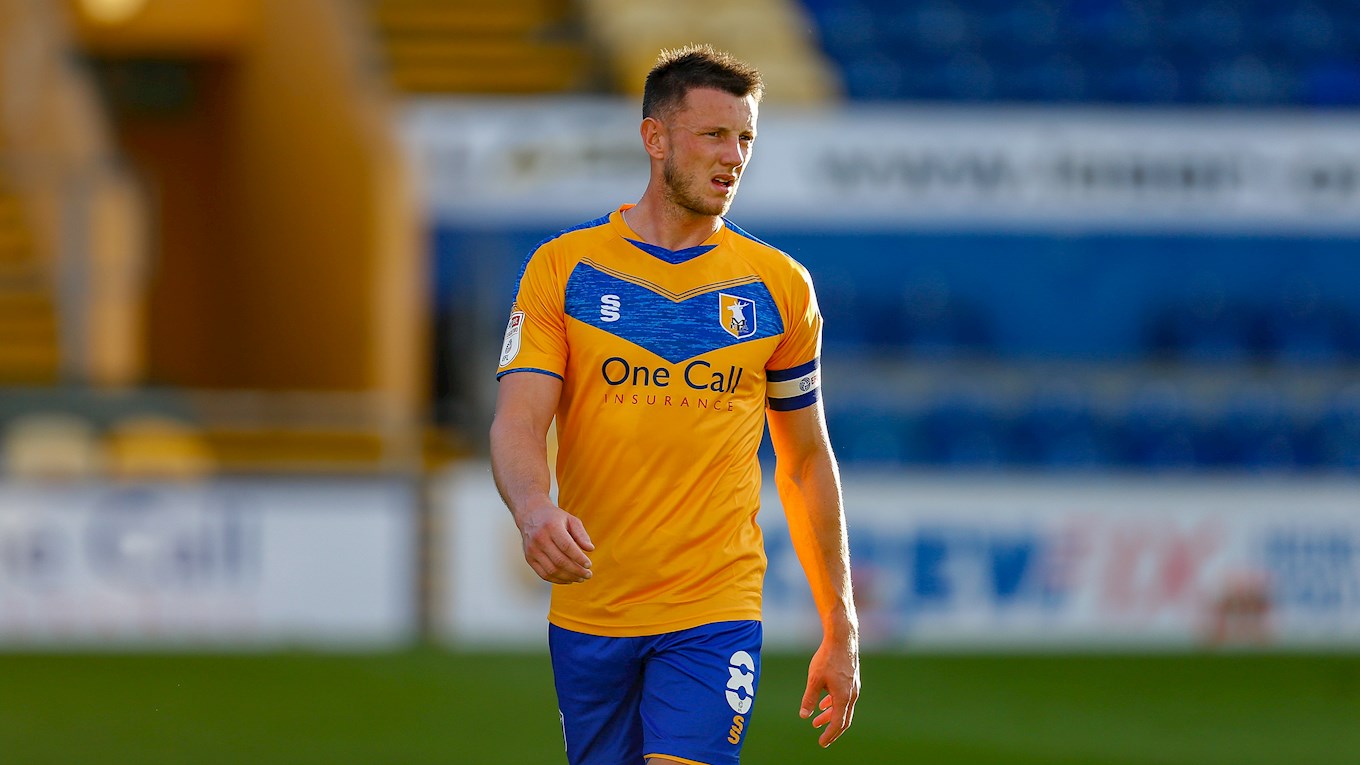 “Once I got my head around the fact that we probably weren’t going back to football [last season], I set my sights on a change. I decided to leave Bristol Rovers to try something new, as it was something I wanted to do.

“I’ve really enjoyed coming here and coming to this place [The RH Academy] to work every day. It’s an immaculate facility and it’s one where I hope it will be long-lasting. I’ve loved every minute so far.

“I knew it was the time to try something new and it [decision] was one I’m glad I made.”

The Stags were set to be in action on Tuesday evening, but the Sky Bet League Two home match against Salford City was postponed due to heavy snowfall in Mansfield.

Clarke says he was ‘disappointed’ with the postponement, as the amber and blue were looking forward to ‘testing themselves’ against an Ammies side that sit sixth in the table. 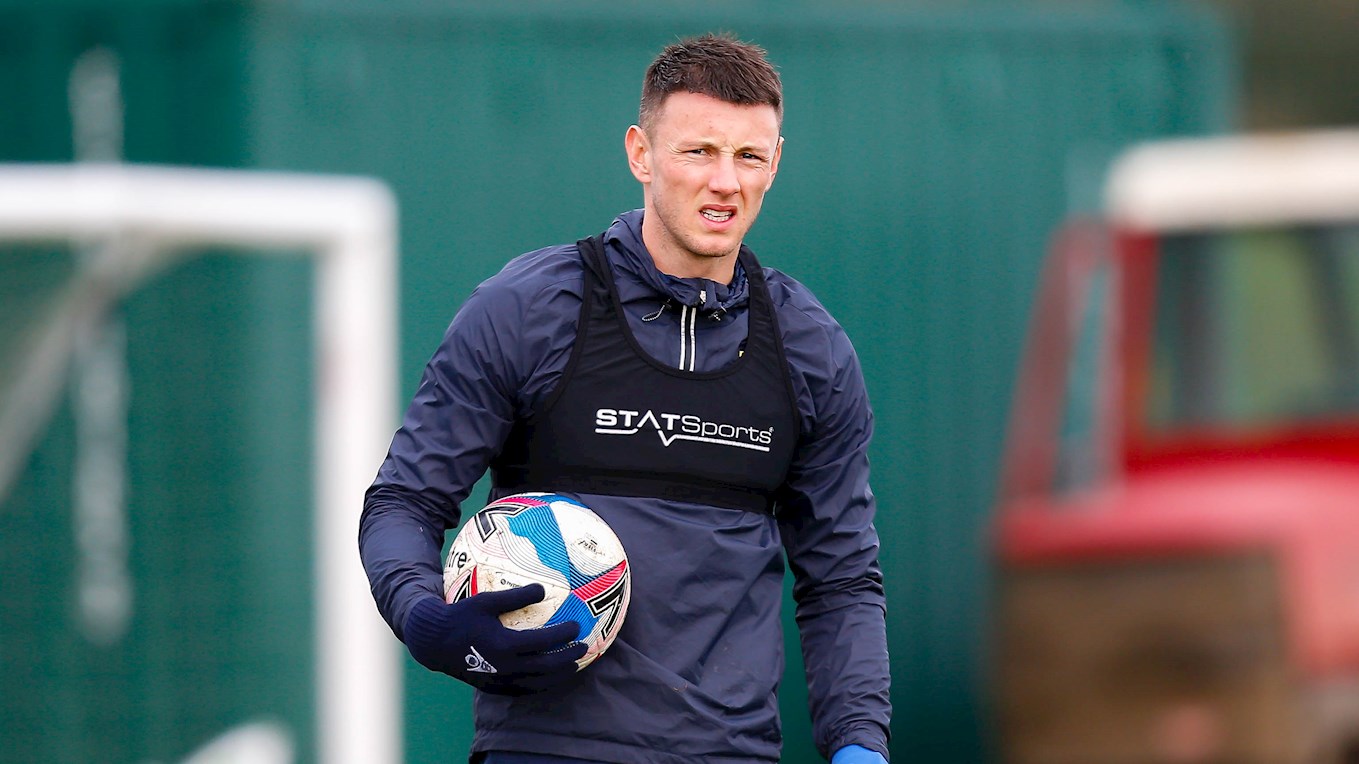 “We wanted to test ourselves to see where we’re at. When a game gets postponed it’s always frustrating, as you know you have to make it up.

“We were all looking forward to it as a group as we wanted to try and get our home form going.”

The midfielder also offered his final thoughts on Mansfield’s most recent outing, the 3-2 win at Scunthorpe on Boxing Day.

“It was a hard-fought victory and one we had to dig deep to see out. But I think it was deserved and I think on another day we win a bit more comfortably. 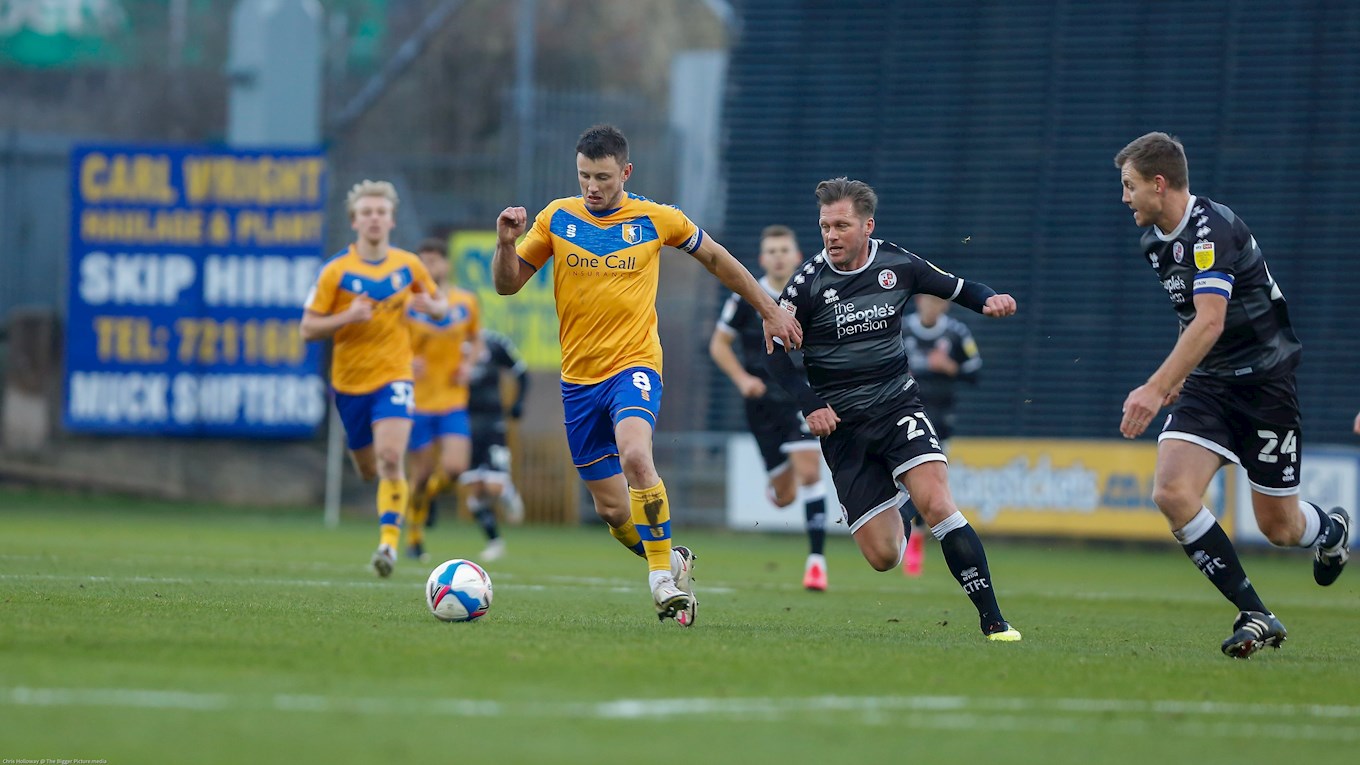 “Obviously it was much-needed at this stage of the season. We have to show more grit and determination sometimes to protect our lead, and be a bit more ruthless in both boxes.

“I think Saturday was probably a good example of that. We didn’t really take any risks and we dealt with what came into our box.

“There were a couple of errors on my behalf which started the attacks to the goals, which I was disappointed with. I hold my hands up and we move forward.”