Stags had further chances to add to their tally in the behind-closed-doors friendly, but a combination of good blocks and off-target efforts prevented a greater goal-margin.

Benning's goal, from a free kick, curled straight into the net whilst Knowles slotted home with aplomb against his former side to confirm the victory late on.

It was a memorable day for 18-year-old Knowles, who scored against his former club and wore the captain’s armband.

Stags’ victory never looked in doubt against a good Forest under-23s side.

With only six minutes played, striker Danny Rose forced a save by the goalkeeper from the left side of the box after being slipped in by fellow frontman Jamie Reid.

Midfielder George Maris let fly from 25 yards, but his shot was blocked on the edge of the box.

Stags' maintained their early pressure on the Forest goal when Gordon struck into the palms of Forest goalkeeper Jordan Wright.
.
In the 27th minute, Knowles had a shot charged down from outside the box and soon after Sinclair smashed one goalwards to win a corner after it flicked against a Forest defender.

Reds’ midfielder Ethan Dekel-Daks.lashed a free-kick over the bar from 25 yards, in Forest’s first significant effort towards goal.

At the other end, Rose attempted to scribe his name onto the scoresheet with a shot which deflected wide, after Benning had sent a teasing cross towards the former Barnsley man.

From the resulting flag kick, Sinclair made his way into the box before shooting just over the bar from a tight angle.

Dekel-Daks again tried his luck towards Aidan Stone’s goal, but fired narrowly over. 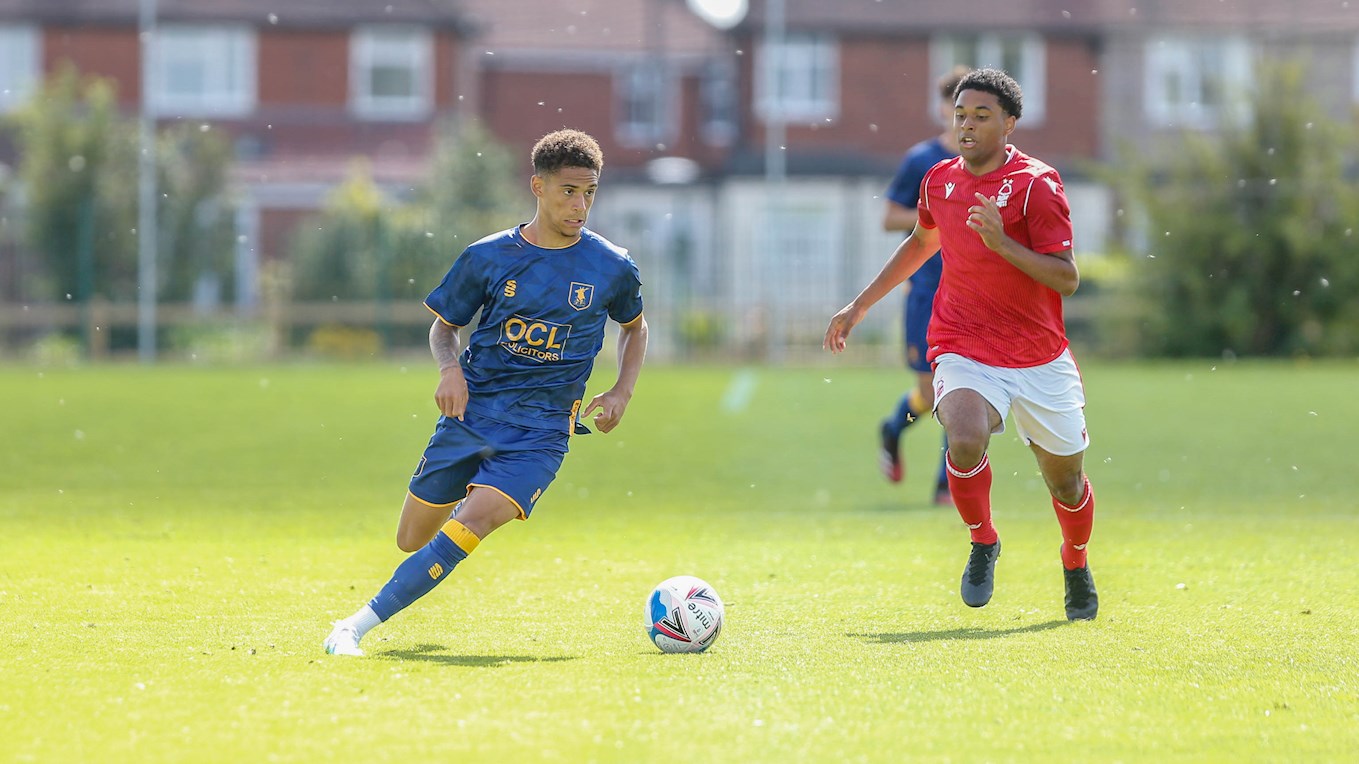 With six minutes of the first half remaining, Sinclair sent a sumptuous ball into the box, but no one was able to connect.

The same man set up Rose less than a minute later, but the striker's effort arrowed inches wide of the far post.

In the last minute of the first half, Forest frontman Virgil Gomis steered a blistering shot wide from the edge of the box.

The second half followed much the same pattern as the first; with Mansfield enjoying most of the ball, creating the greater chances and Forest launching sporadic attacks on the Stags’ goal.

A minute after the half-time interval, Stags may have had a penalty when Sinclair appeared to have his legs clipped inside the area, but the referee allowed play to continue.

Defender Aiden Walker then throw himself to the ground to block a Forest shot.

On 56, Stags finally broke the deadlock. Benning's inswinging free-kick from the right-flank deceived everyone, including the goalkeeper, as it curled into the corner of the net. 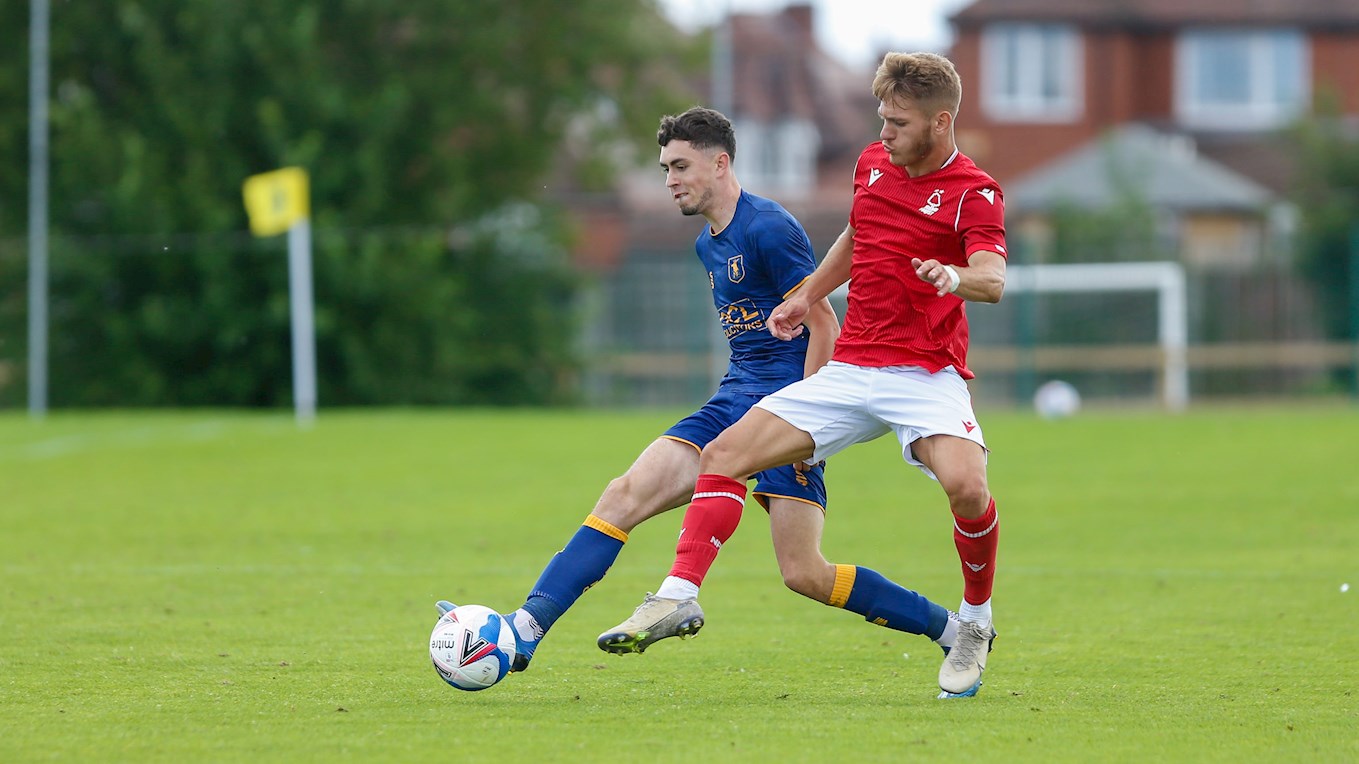 Two minutes later, Stags made a treble change as new signings Corey O’Keeffe and James Perch were sent into the fray, along with young striker Josh Scott. Midfielder George Maris, along with Mal Benning and Danny Rose were the players to make way.

Gordon, who looked so eager to test the visiting ‘keeper throughout the match, saw an effort blocked from the left of the box.

On 83, Knowles struck wide from inside the area after Forest were unable to clear.

With two minutes remaining, Scott won the ball superbly 30 yards from the Forest goal, which enabled him to release Knowles to coolly slot past the goalkeeper from 10 yards.
In the closing minutes, Scott struck wide with a low effort, but Stags’ work was already complete.