Manager Graham Coughlan has drawn confidence from the Stags’ first-half display against Championship side Rotherham United, during which the amber and blue carved out several opportunities.

It was the Millers who ran out eventual 3-0 winners in the behind-closed-doors affair at One Call Stadium, despite a hugely promising opening period from the Stags.

The boss has called on his players to produce ‘quality’ when looking to convert their chances.

“I thought we were very good for the first 45 minutes,” he told iFollow Stags. “We had some really good moments – and then you’re asking for that little bit of quality.

“We looked a real threat and looked really dangerous. We had some really good moments that we’ve been working on. It was really pleasing in the first 45 minutes. 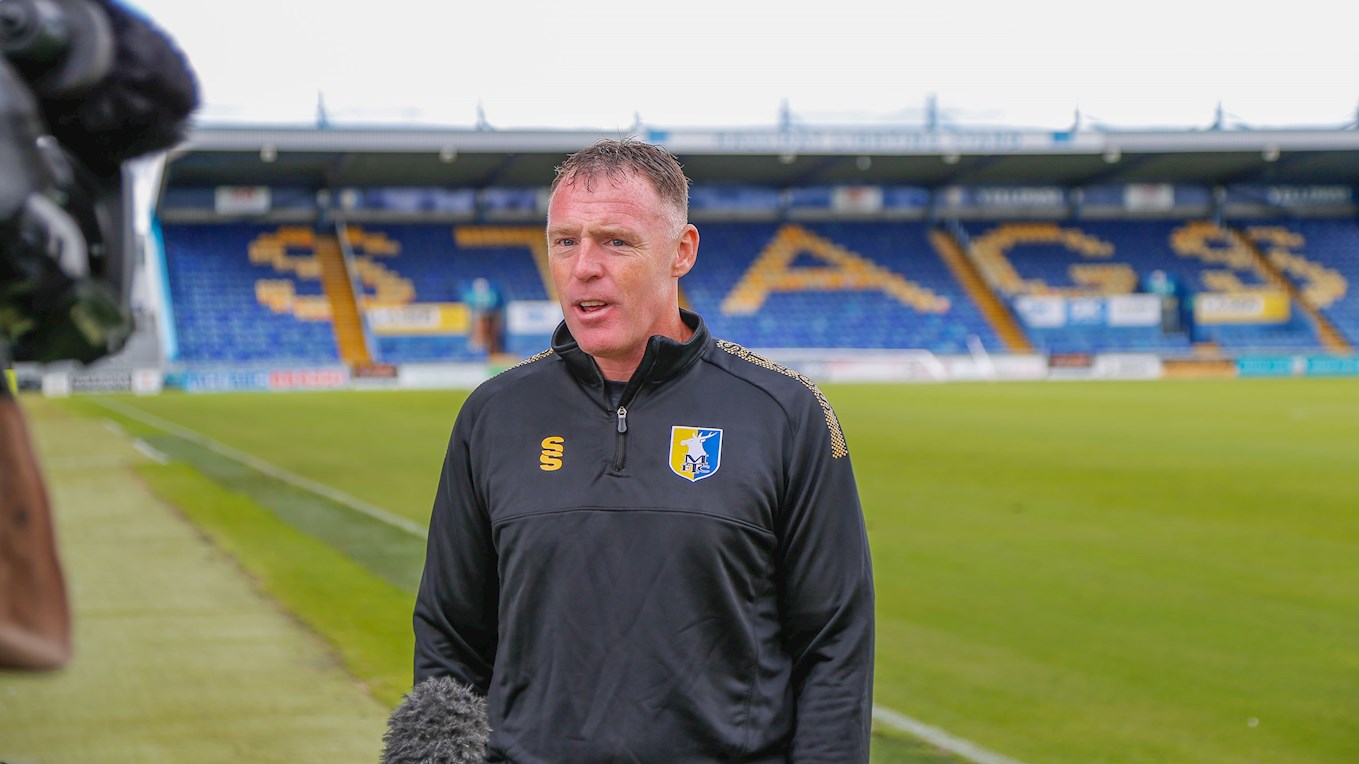 “The second-half was a non-event for us. Rotherham made a lot of changes and upped the tempo. It hurt us at times and then we go to pot with our discipline.

“If you start pulling people down at the edge of your own box, at this level – Championship level – you’re going to get punished.

“It was a disappointing second-half, but a really pleasing first-half.”

Listing what has impressed him most during Mansfield’s pre-season campaign, the boss added: “I think the attitude, work rate, honesty and the togetherness that the lads have shown early doors [has impressed me most in pre-season].

“The first 45 minutes today really encouraged me, which is another positive. I’m [also] really pleased to see so many young lads making an impact on the first team squad. 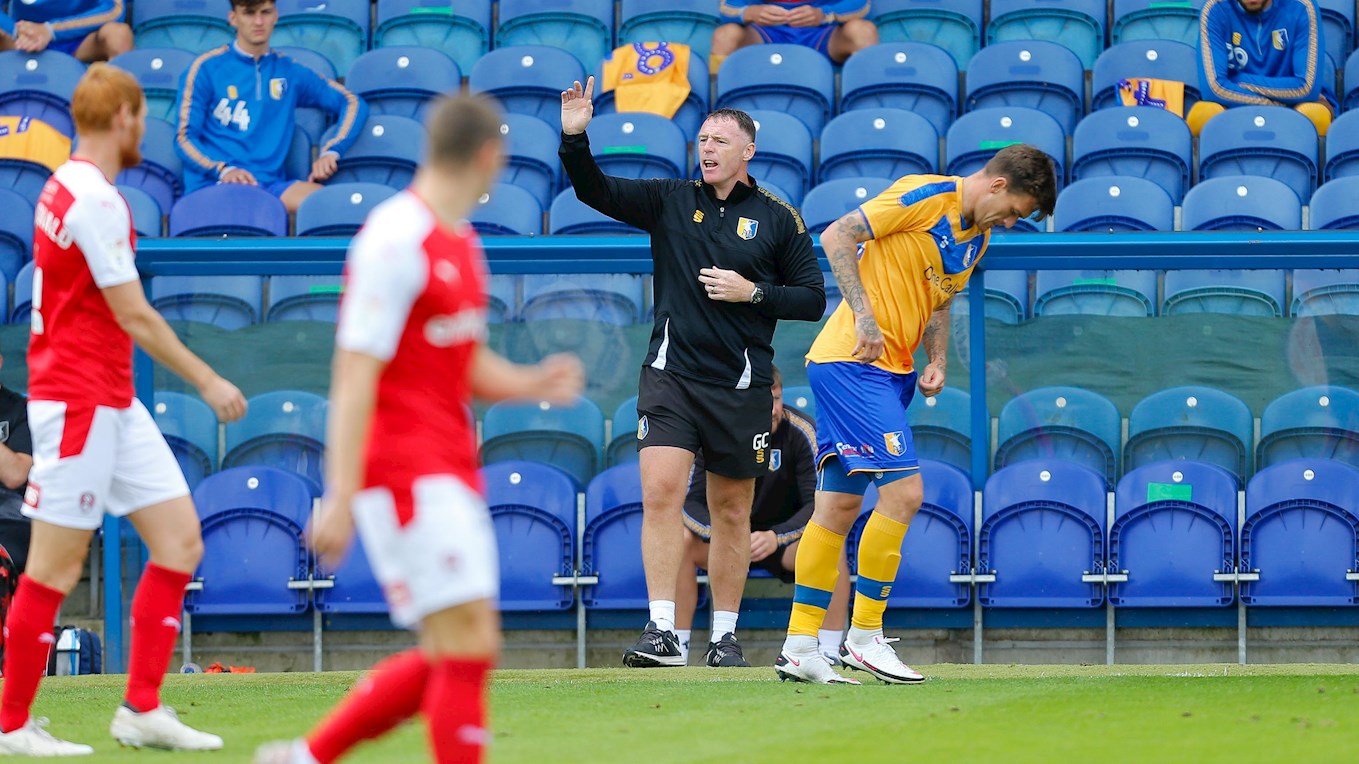 “All-in-all, we’re in a decent place. We have plenty of time between now and 12 September to build on it more.”

The manager also gave his thoughts on Stags’ next fixture, a trip to face Preston North End in the Carabao Cup first round next Saturday.

“We’re not ready for Preston,” he said. “I think that’s obvious. We were preparing for a September 12 start. We then get information that our game [against Preston] is on the fifth.

“All of a sudden, we’re playing next Saturday. Four or five of the lads have played 90 minutes today and that’s their first 90 minutes.

“It’s not a nice scenario to be in. You’re given a date and a timeline, and to bring that forward is running the risk of injury and it’s not ideal.

“We’ll get up and get on with it. We’re adaptable. We’ll go across and give a good account of ourselves. We’re a fit group, but it’s just that match sharpness that we’re lacking, so advantage Preston. 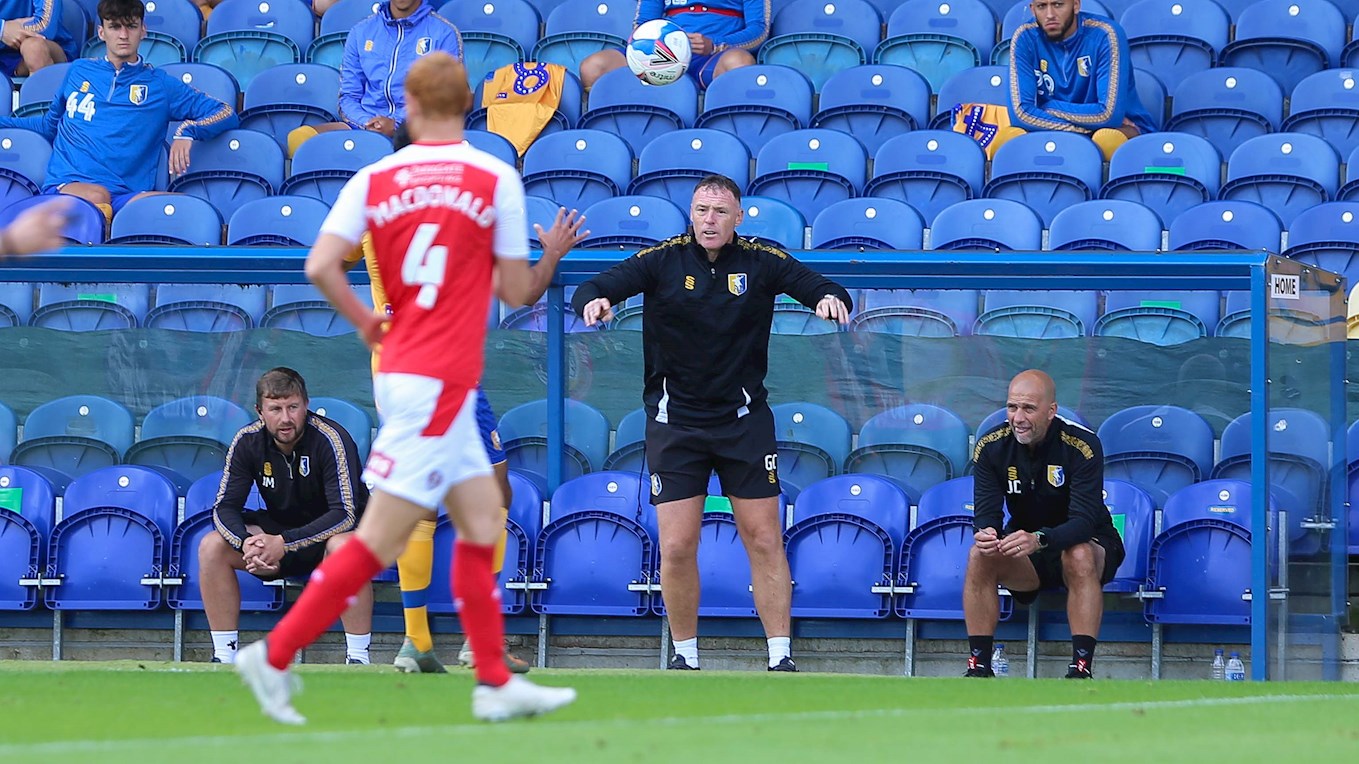 “Fitness – we’re getting there. We’re building that, but the lads will need another 90 minutes under their belts before we can contemplate taking on Tranmere here.

“There is a good mood about the camp and they’re an honest, hard-working group.”

There was also an update on midfielder Ollie Clarke, who the boss says is expected to be available for selection in time for Mansfield’s Sky Bet League Two opener against Tranmere Rovers.

“Ollie [Clarke] has been annoying me to play [him] – he’s wanting to play, but I’m not going to risk anybody.

“I’m certainly not going to put anyone on the pitch if there’s any risk. He’s training, he’s on the grass, but isn’t quite up to full speed – that will come this week.

“Ollie Clarke – I want him ready for September 12 [first game of league season] – I didn’t want to risk him today and I probably won’t risk him next week.”