Stags’ boss Graham Coughlan says that this afternoon’s game at Preston North End was ‘beneficial’ in terms of increasing fitness levels within his squad, and that the eventual 4-0 scoreline was a ‘harsh lesson’ for his players.

Three first-half goals, added to by Josh Harrop in the second-half, meant that the Stags exited the Carabao Cup in the first round.

The boss, despite being left disappointed with his side’s display, was pleased that eight of his men completed a full 90 minutes.

“Without being too clever about it, I learned that we’re still short. We still need organisation and structure,” he told iFollow Stags

“The lads need a lot more work put into them. It was nice to get eight of them through 90 minutes. That is a plus point.

“We’ve learned not to give the ball away to good teams. There were times where we spent ten or 15 minutes chasing the ball. 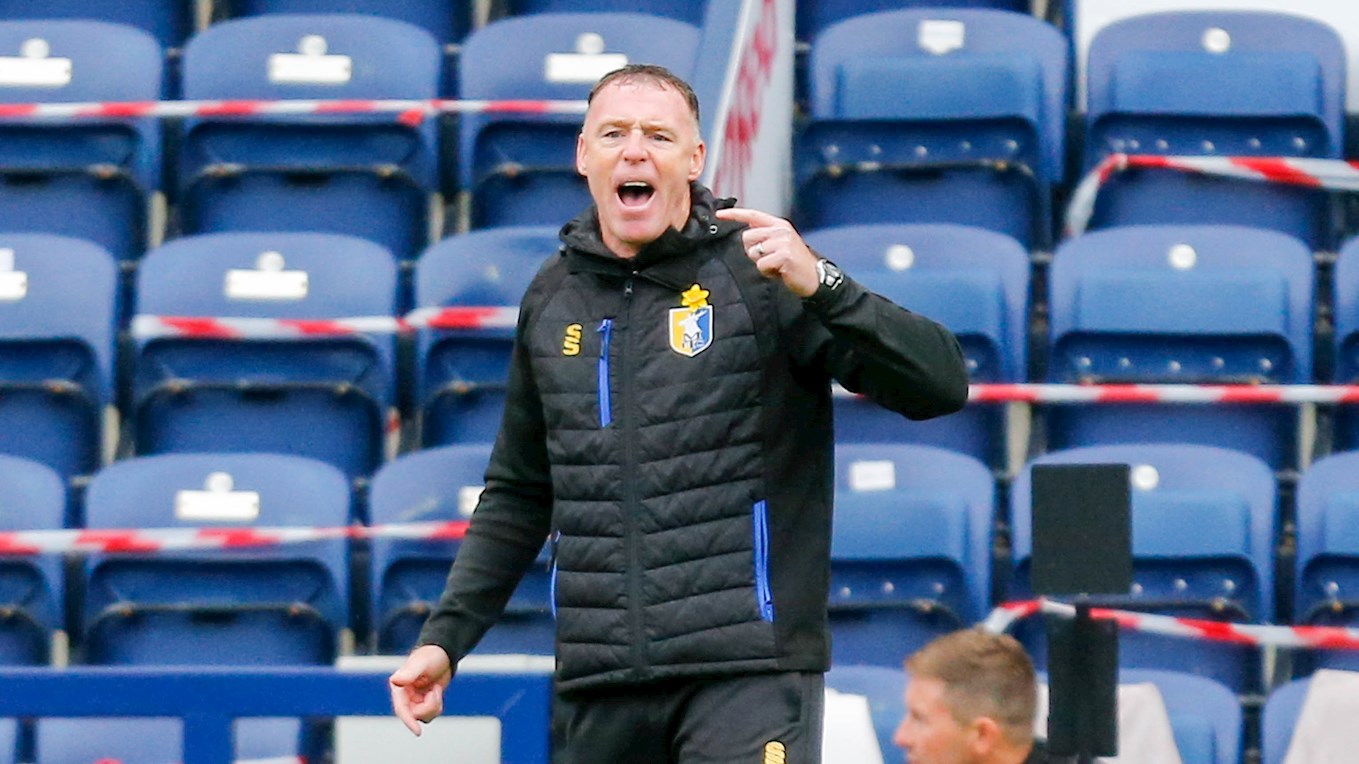 “I’d like to see a little more composure and a better thought process when we have the ball. All-in-all it’s been a massive awakening and it’s been beneficial to get the fitness work in.

“We kept going and didn’t stop. Fitness levels are up there and I’m relatively pleased with where we are fitness-wise.

“We now need to work on quality and attention to detail. We need to be a little more clinical in and around the opponents’ goal.”

The manager says that the result is ‘tough to take,’ and that the Stags must retain possession more effectively.

“It’s tough to take. I thought they [Preston] were excellent, the better team by far. Overall, I’m really disappointed with the goals that we conceded. 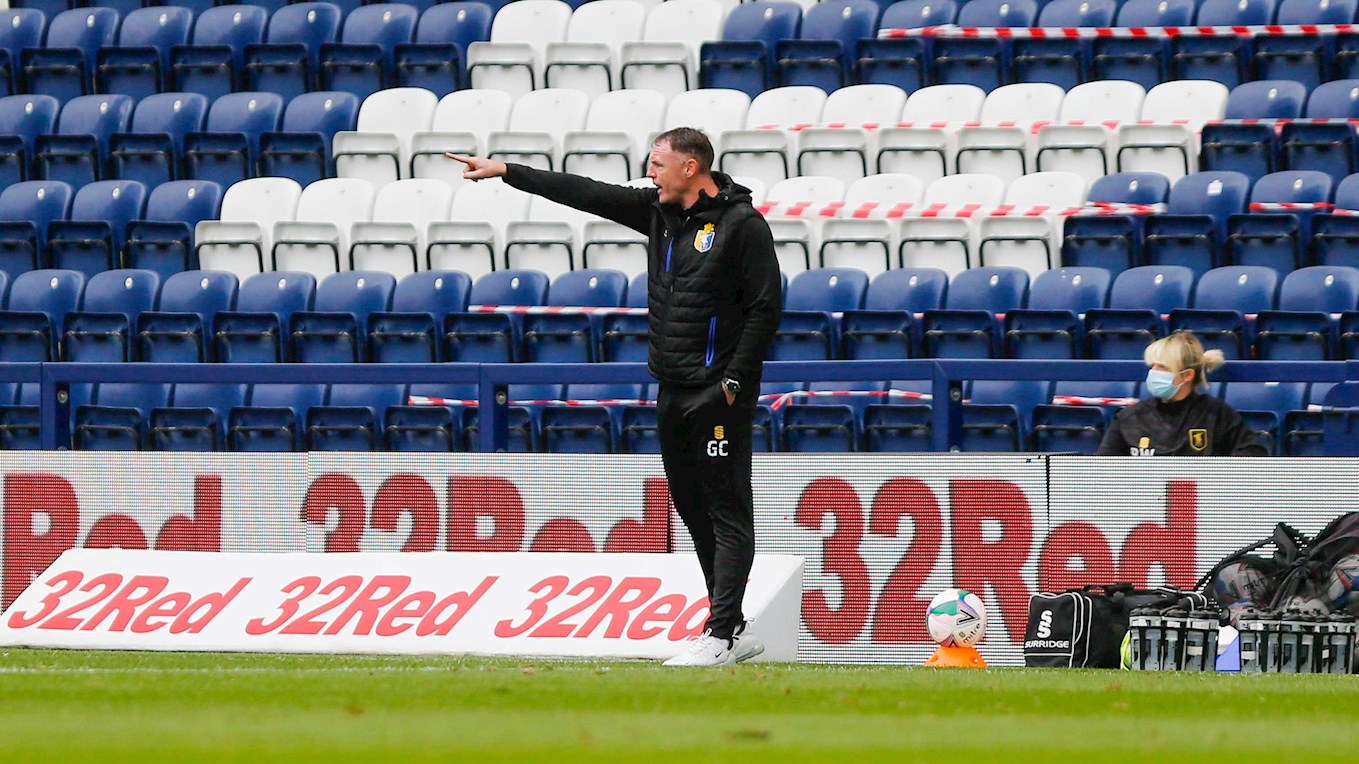 “We gave the ball away cheaply and if you do that against a team like this, you’re going to be in trouble.

“We’re young, we’re developing – we’re still a fair way off, but that was a harsh lesson for us to take today.

“I was expecting them to have most of the possession, but I didn’t expect us to concede with the ease which we did.

“We had two or three opportunities, but those big moments in games, we need that tide to turn and be a little more clinical in front of goal.

“But we’ll make no excuses as they were far the better side today.” 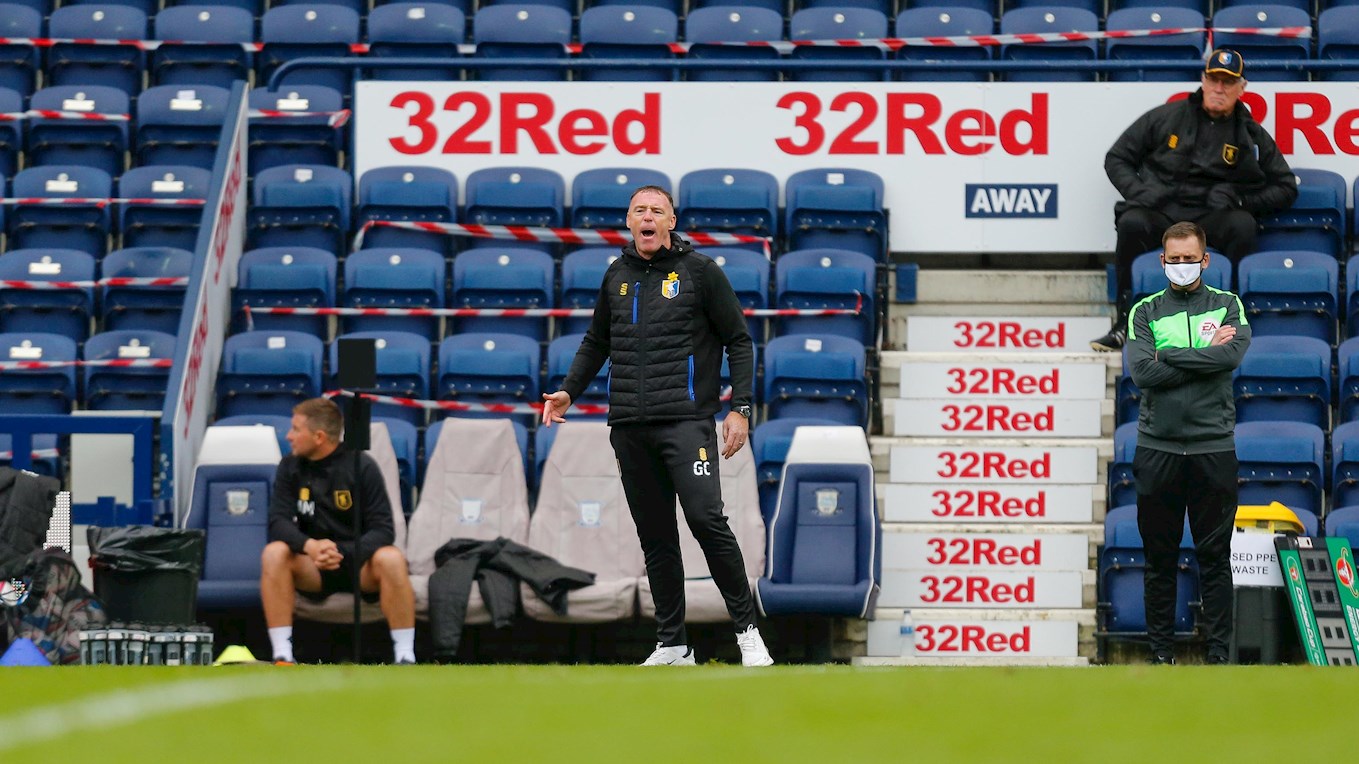 There was also an injury update from the boss.

“Jordan [Bowery], Nicky [Maynard] and Ollie [Clarke] all trained this morning. Nicky only came in on Thursday so that’s an obvious one [that he couldn’t play today].

“Ollie – could he have played? Possibly. Jordan Bowery could have played if it was a league game.

“There was just a bit of tightness – Jordan will train on Monday and Ollie Clarke, you should see back on the grass next week as well.

“Nicky is probably two weeks off. I’ve said all along during pre-season, I don’t think at any stage of the season I’m willing to risk long-term injuries.”