The match, which was split up into two 60-minute halves in hot conditions, saw the Posh record a 2-0 victory, despite the Stags fashioning some good opportunities.

The boss says that his men were able to learn from their League One counterparts this afternoon – while also calling for Mansfield to convert the chances that they create heading forward.

“It was a very decent exercise on a hot day,” he began. “The lads got 60 minutes each. The friendly was selected against Peterborough as they are a possession-based team and a League One outfit.

“We wanted to learn, look at them and see why they’re in League One. I think it was a really good learning exercise and a really good workout.

“We had spells with the ball, but should have kept the ball a lot better. When you turn the ball over to good teams like Peterborough, they hurt you.

“We got a lot of leg work into us, so it was a great exercise defensively. We need to keep the ball better and the service into the frontmen needs to be better. 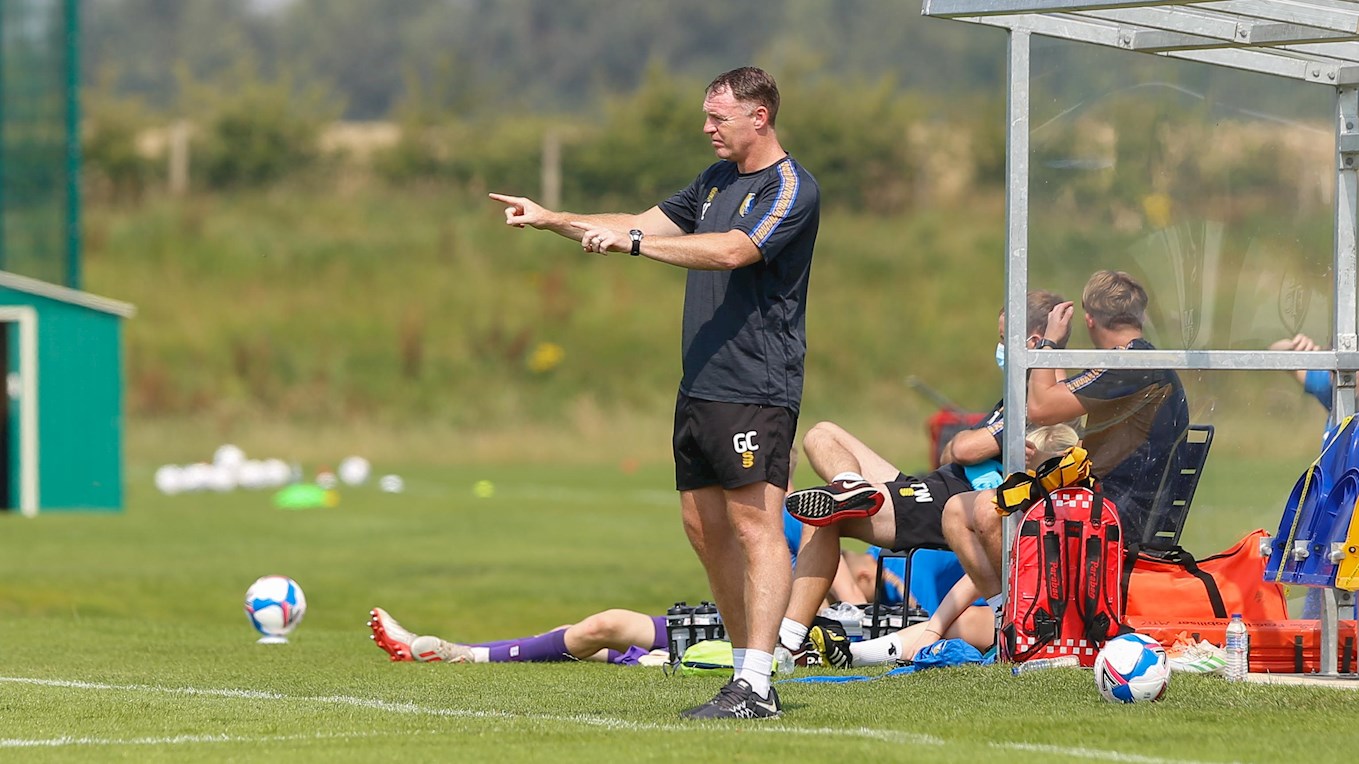 “We did [have decent chances] but we didn’t convert them – we had a similar story to that last season. The instruction from now to the start of the season is: ‘let’s start converting our chances.’”

Graham Coughlan chose young players Joshua Scott and Kyle Tomlin as his captains today, adding that working with Stags’ academy players has been one of the ‘highlights’ of pre-season.

“It’s great to have the young lads on board,” he added. “We’ve been doing a lot of work with the young kids over pre-season.

“We have 14 or 15 senior pro’s at the moment, so that’s an opportunity to include six or seven young kids.

“They’ve worked hard and enjoyed it – it’s probably their first taste of a senior pre-season. Playing against a team like Peterborough will have been a great experience for them.

“Fingers crossed, they bank that experience, learn from it and move forward. They now know what’s expected.

“The highlight [of pre-season] is getting these 17 and 18-year-old lads involved – hopefully, if one or two go back to youth team or under-23 football, it pushes them on for the rest of the season. 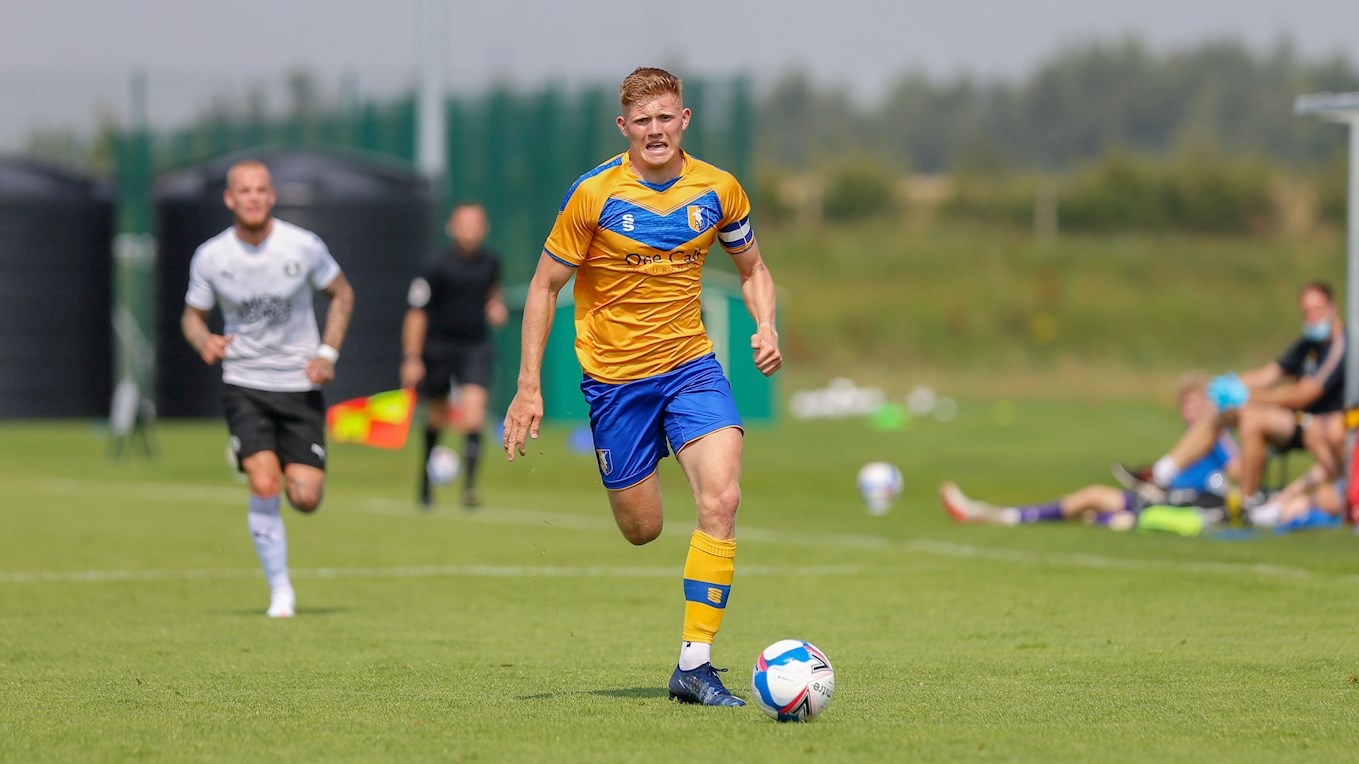 “We all know it’s going to be a long, hard season. We are going to need a squad, so hopefully one or two of these young kids can step up to the plate.”

There was some disappointing injury news to report on from the Stags’ camp, as the manager revealed wing-back Joe Riley has suffered an ACL injury, which may take ‘six to eight’ months to recover from.

“Joe [Riley], unfortunately, it’s a really tough one to take – he did his ACL in training last week, with no-one near him.

“Joe was looking good and was flying in pre-season. It’s testament to the man that he came in Monday morning on crutches, and they were all consoling him and looking after him.

“But he’s picking us up – he’s telling us to just get on with it and that’s a proper pro’. I really feel for the kid to be honest with you, because nobody deserves that luck.

“We’ll have a sit down as staff and we’ll see what the best course of action is [in terms of looking in the transfer market].”

The boss also spoke of striker Danny Rose and new midfielder Ollie Clarke, who were both absent from today’s squad.

“Danny [Rose] reported a tight hip flexor over the weekend. It’s the same with Ollie Clarke – I’m not going to put them out if there is any type of niggle. Danny and Ollie were omitted today – Ollie had a bit of tightness in his calf.

“I wasn’t going to chance them if they’re not 100 per cent. I want them all right and ready for September 12.

“You’ll probably see Danny and Ollie soon – it’s nothing to be stressed or worried about. I possibly could have used both of them today, but it wasn’t worth the risk.”