Midfielder Harry Charsley believes it was beneficial to get a full 90 minutes of action ahead of the 2020/21 season opener next weekend.

The Stags travel to Preston North End in the Carabao Cup for the new season’s curtain-raiser on August 29.

Meanwhile, though, Mansfield faced off against Sky Bet Championship side Rotherham United in preparation for their first competitive fixture since early March, this afternoon.

And despite a 3-0 scoreline favouring the Millers, Charsley drew attention to getting minutes in the legs ahead of the next campaign.

“It was a tough game today against good opposition,” he began.

“That was my – and a lot of the lads’ – first 90 minutes today since the Northampton game. I was feeling it a little but glad we got through it, and I don’t think there are any injuries either so that’s another positive. 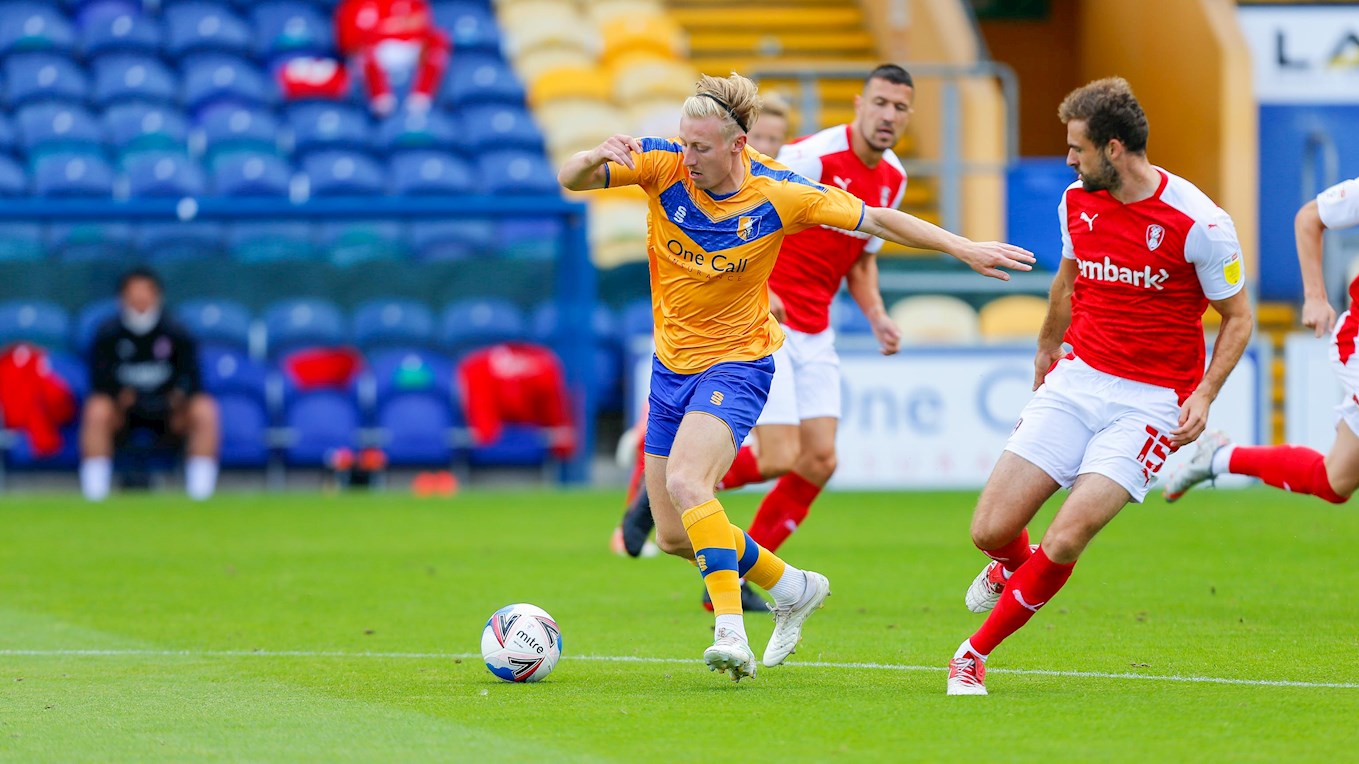 “We’ve had a few games and built it up to 90 minutes. Personally, I feel great and I feel ready to start the season. We’ve had a tough pre-season – the gaffer has worked us hard to get us ready.”

Graham Coughlan’s side controlled large parts of the first period at One Call Stadium and could easily have taken the lead.

Both defender Mal Benning and new signing George Maris had opportunities that were ultimately squandered, and the 23-year-old subsequently weighed up the positives with the negatives.

“I thought we created a few chances in the first half. They’re a Championship side so it’s never going to be easy but I thought [we had] good pieces of play in their half.

“But with the second half, obviously, [we’re] really disappointed as a whole.

“It is a relatively new team with lots of new signings, so I think it will take a bit of time to get used to each other but I think we’re doing alright at the moment. We just have to get the final bits ready for the start of the season.” 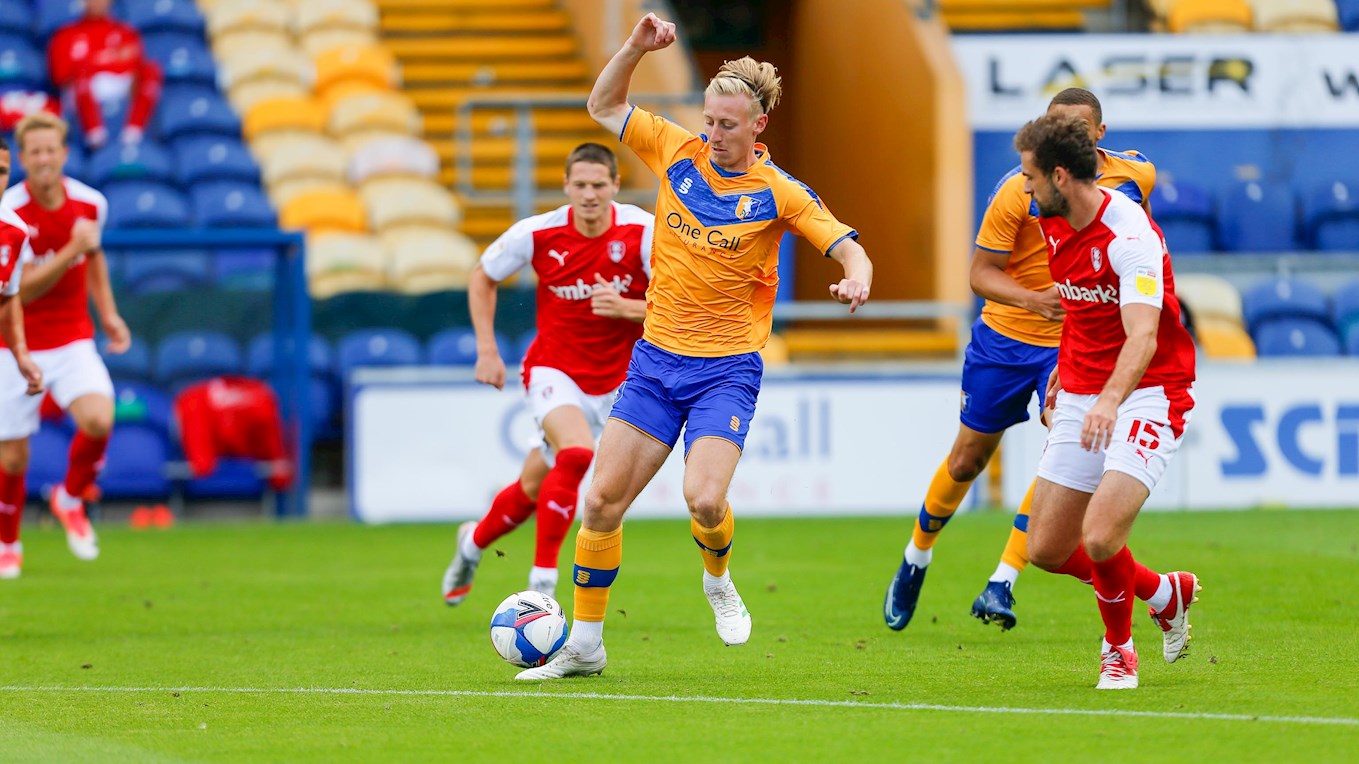 The Irishman also touched upon his side’s recent trip to the Lake District, where the new signings were given a chance to bond with the rest of the already established roster.

“It was good to do that,” he stated, in regards to the squad’s trip.

“We needed to get to know each other a little better, the new players, so I think everyone really enjoyed it.

“I think we’re expecting to hit the ground running. We’ve been training every day and working really hard. We’ve had a few games now, so hopefully we’ll start well and be able to carry that on.

“I want to get into the team and stay in the team, play as many games as possible and get Mansfield as high as possible [in the league standings].”