Defender Matt Preston has revealed a ‘competition’ between himself and fellow centre-backs Krystian Pearce and Ryan Sweeney, to see who can add the most goals throughout the season.

Preston notched his first goal of the season on Saturday as he opened the scoring in Stags’ 2-0 home victory over Scunthorpe United.

He says that he wants to score ‘as many goals’ as possible, while adding that skipper Pearce has joked about catching top scorer Danny Rose’s total, with the former Bury striker currently leading the Sky Bet League Two scoring charts with six goals.

“It was a good feeling to get the win [on Saturday],” he said. “There are a lot of positives to take from winning but I feel like we can get better as a team.

“It’s just a matter of converting what we do in training and putting it on the pitch. Saying that, I think a lot of games aren’t going to be pretty, so it’s good to see that we can play the ugly side as well.

“[For my goal] originally I thought ‘I have to get back’ but I thought I’d take a risk and stay up. CJ [Hamilton] has put in a good ball for me and I’ve managed to stretch out a leg and put it to the opposite side of the ‘keeper. 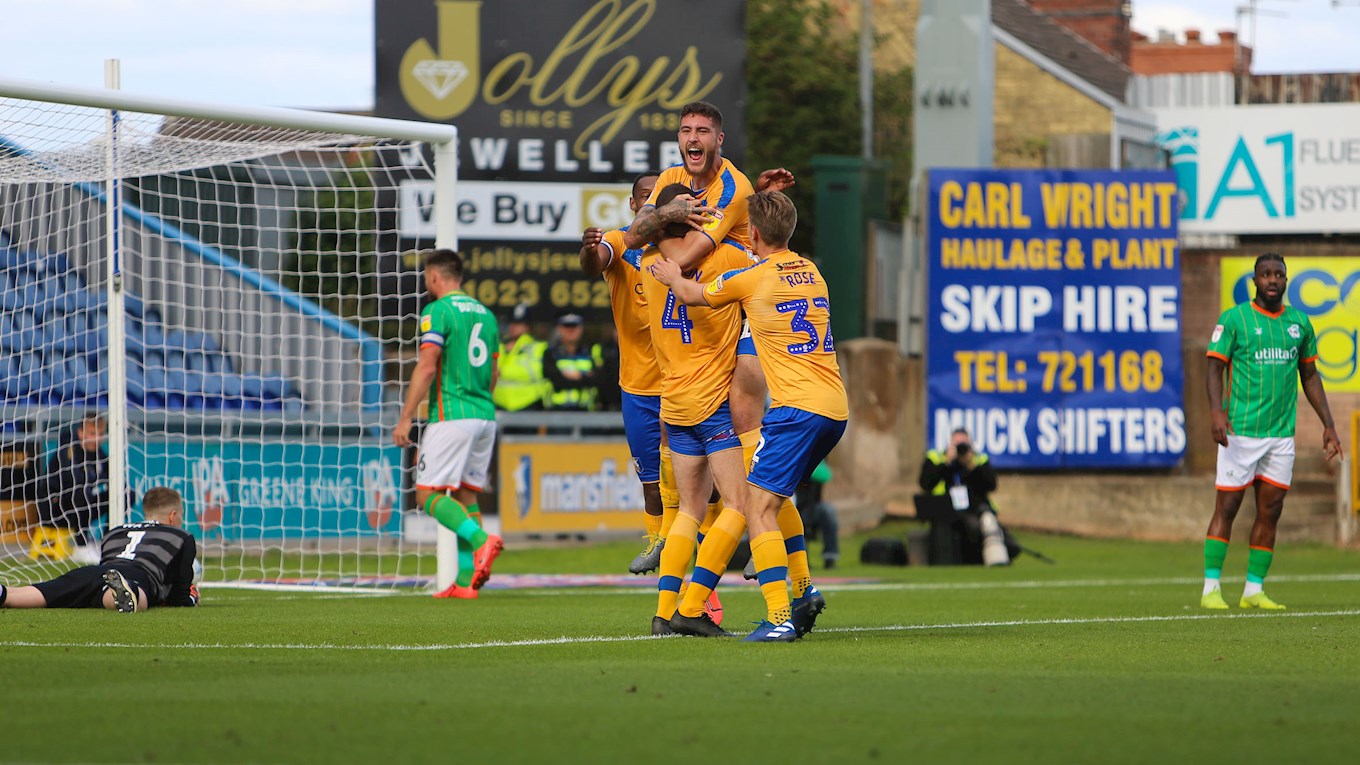 “As much as a defender can, I tried to time my run – so I’ll take it! There’s a little bit of a [goalscoring] competition between me, the Chief [Krystian Pearce] and Sweens [Ryan Sweeney].

“Chief is leading the way at the minute. He’s coming for Danny Rose, he keeps saying but I’m trying to stay with the pack with as many goals as I can.

“It’s banter, but Chief will take it as seriously as he can until Rosey is out of sight. It’s good to have that little bit of competition within the squad.

“Defensively it was maybe my best game of the season. Everyone can do better, but defensively I was solid, which is obviously what you want from a centre-back.”

The centre-back has revealed that the strong off-the-field relationships between the Mansfield players has a positive influence when it comes to matchdays.

“We want to get back to how we were last season, which is solid,” he told added. “We want clean sheets every week and we’re building our base on that. 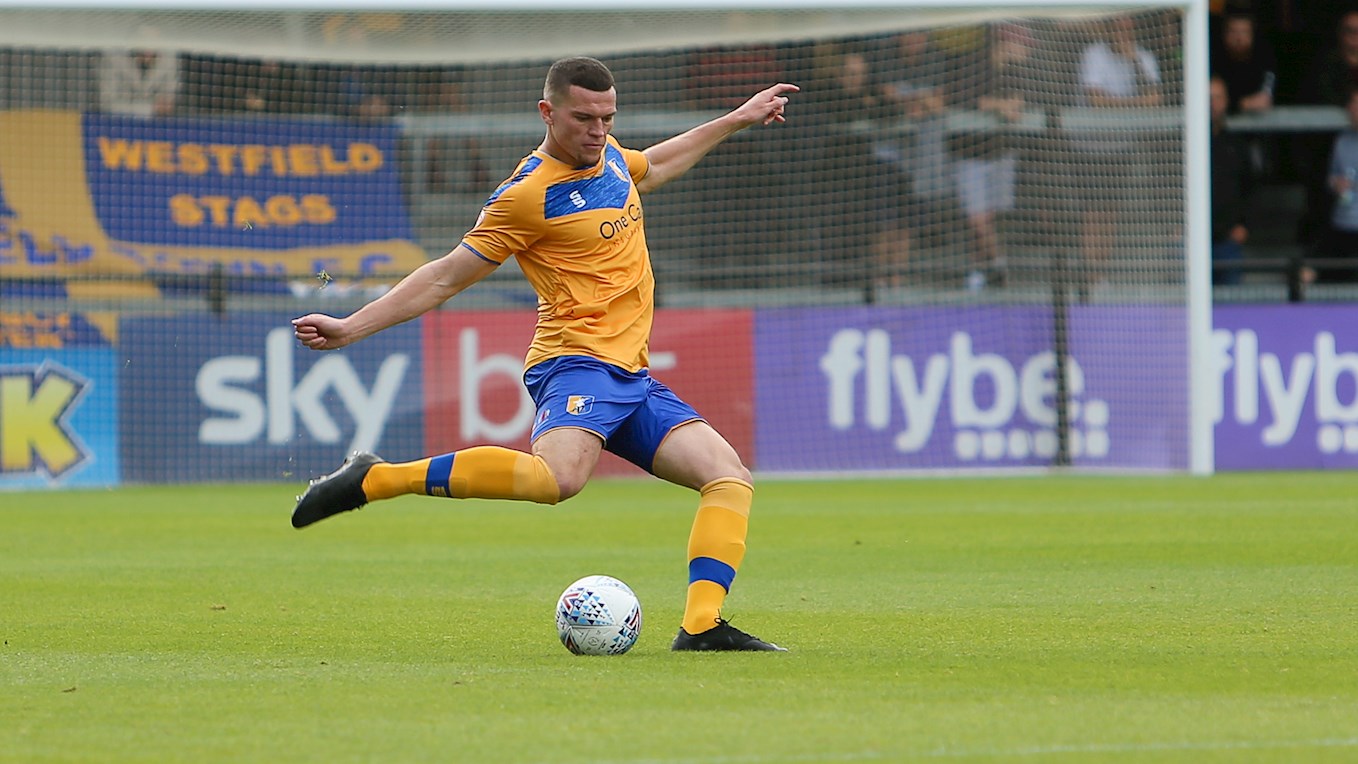 “It’s about having that familiarity and knowing what they want. Hopefully Saturday gives us a confidence boost and we can kick on now.

“We need to put a string of games together and a few wins – I think that will settle everyone down.

“I feel like we all gel off-the-field and that helps us when we come on it. Me and Chief [Krystian Pearce] travel in together so we have that extra two hours together.

“We do bounce off each other and that helps us on the pitch. Me, Chief, Mal [Benning] and Omari [Sterling-James] all travel in together and we do talk about the [football] problems that we might be having and how to counter them.

“I think that helps us because, with Chief being the captain, if he can get other people’s perspectives on problems or things that are going well, he can reiterate it to the manager [John Dempster].” 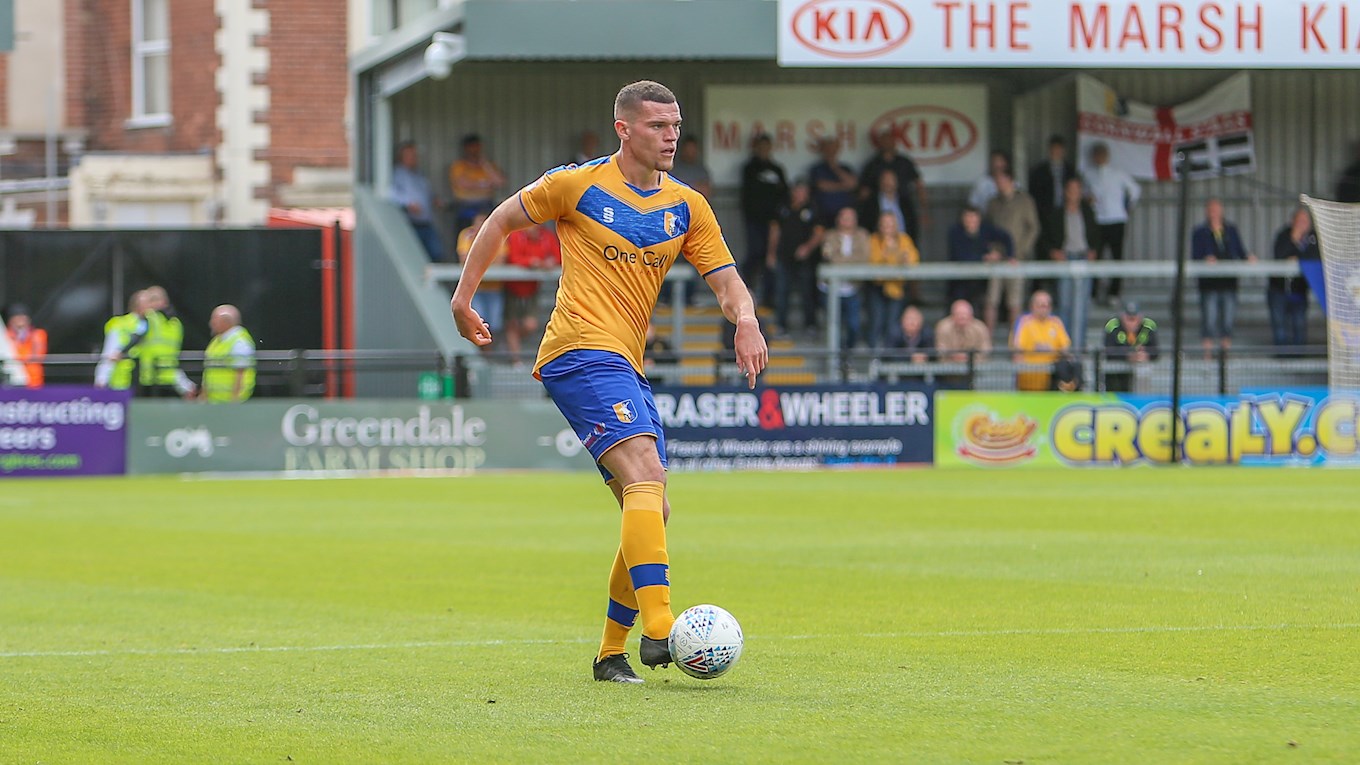 Preston says that the Stags must keep their standards high, as they look to build momentum from the weekend’s victory at One Call Stadium when they face Crawley Town at the People’s Pension Stadium on Saturday.

“A lot of League Two games are going to be tough games. We have to approach each game with the right mental attitude and get the win.

“I feel that if you concentrate too much on the opposition it can be a bad thing, they should be concentrating on stopping us – I think that’s the sort of mentality you want to have going into games.

“All the games are going to be tight so it’s about whether we can keep the high levels that we’ve got and get a win.

“From Saturday, we’ve got the win, so now we have to keep our high standards in training and put that into the game, keeping the momentum that way.

“There’s a lot of competition. If you know that you’re not on it, then someone can potentially come in and do better than you, which is obviously going to push you to strive for better.

“It’s a good thing having someone breathing down your neck.”

The 24-year-old also outlined his aims for the remainder of the campaign.

“I want to play as many games as I can and getting as much experience as I can. Hopefully I can add some goals to that.

“It’s also the same as last year as me and the Chief [Krystian Pearce] want to try and beat that clean sheet record.”