Midfielder Alex MacDonald has issued a ‘stick with us’ message to Mansfield Town supporters following a narrow 1-0 defeat against Plymouth Argyle.

The Stags produced a dominant second-half display in their latest fixture in Sky Bet League Two but it was a first-half strike that was the difference.

Midfielder Conor Grant’s long-distance strike in the 13th minute proved decisive as the away side travelled home with all three points.

And MacDonald subsequently stated that provided the players and fans stick together, results will soon turn in their favour.

“We’ll take our medicine tonight and Sunday and we’ll come in with a smile on our faces and our heads held high,” he told iFollow Stags.

“We’ve got to stick together as a club. It’s a position that we didn’t envisage ourselves being in, we don’t want to be in it, but as a group of professionals we hold ourselves accountable for where we are right now.

“I’m sure if we stick together, with the fans, we’ll start climbing this table. 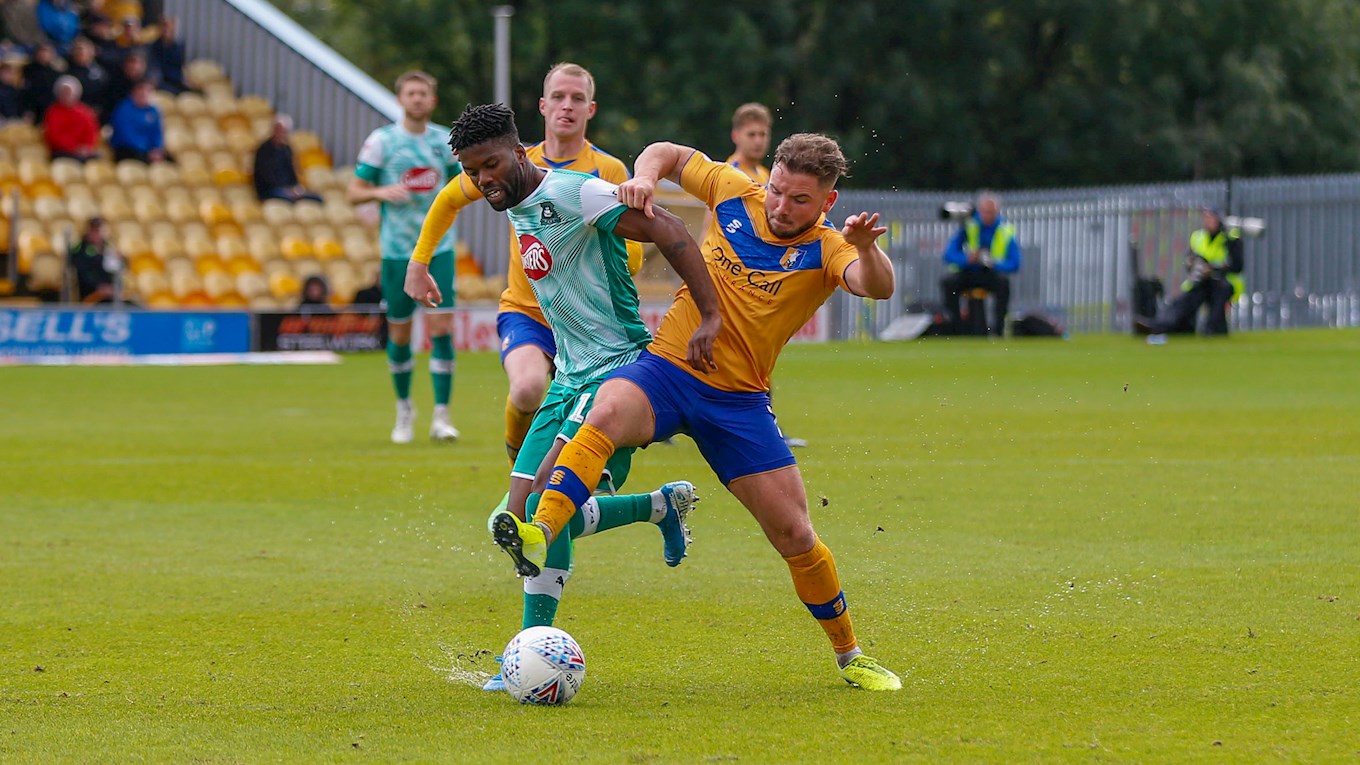 “I’ve seen it before. I’ve been involved in good teams, good dressing rooms and it all comes from the training ground, and ours in the last couple of weeks has took a switch for the better.

“As a group of professionals we know if we keep putting the hard yards in, when it comes to a Saturday and we perform to the levels we are doing, I genuinely believe we’ll start climbing this table.”

The former Burton Albion man also believes that performances have been positive, but results have to follow suit.

“If you’re going off the last couple of games I’d expect us to come away with something. Certainly a win at Port Vale and being involved today I felt comfortable. 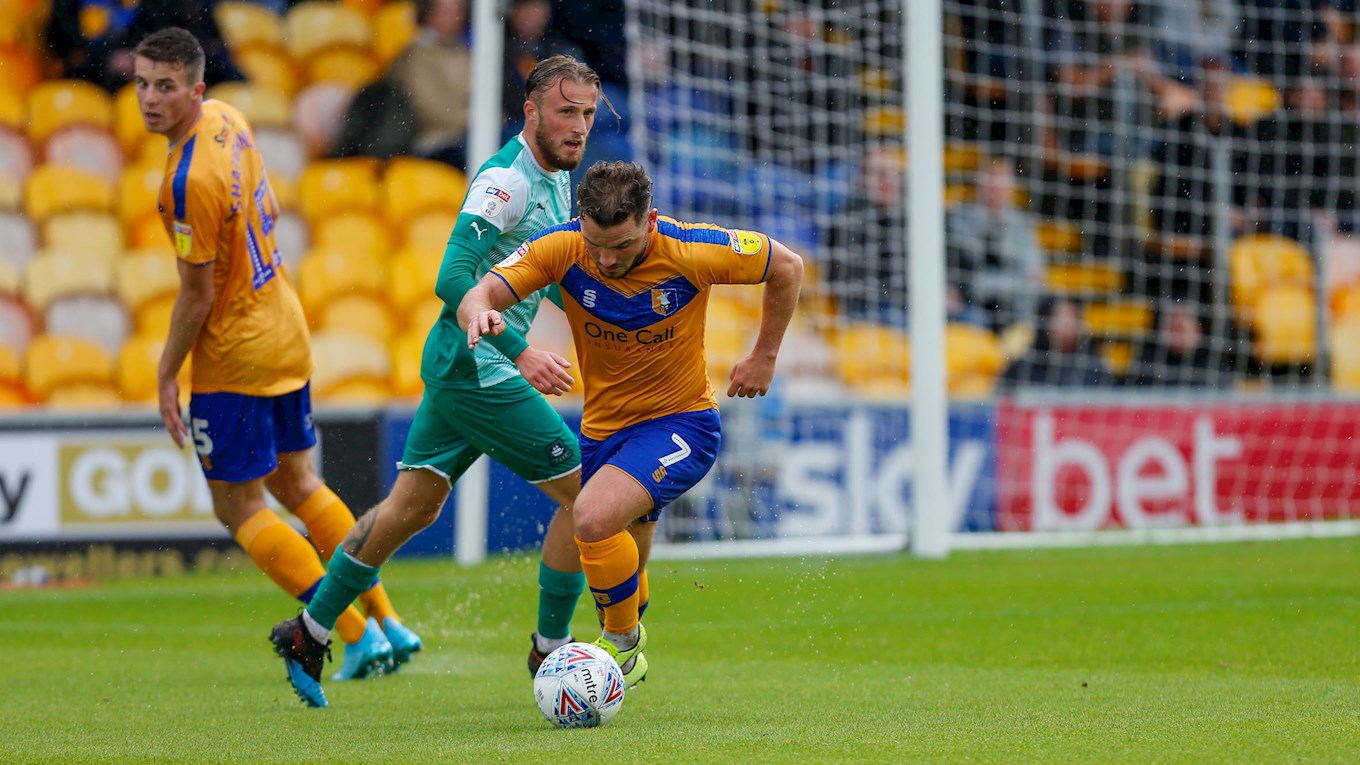 “They scored a great goal from distance but for large parts I didn’t think they would break us down.

“I’ve seen many teams have slow and sluggish starts; it just means we have to start hitting form.

“And it’s alright me saying that but we have to start hitting form, and it’s got to start happening soon.

“The mood obviously isn’t going to be as good as it has been, or as good as what it can be, but the only way to change that is by ourselves. We’ve got to come in bouncing on Monday.”

In addition, the 29-year-old felt his side lacked a clinical edge in the final third against the Pilgrims this afternoon.

“I thought from goalkeeper to their box we were good, not excellent, but it was solid display,” he continued. 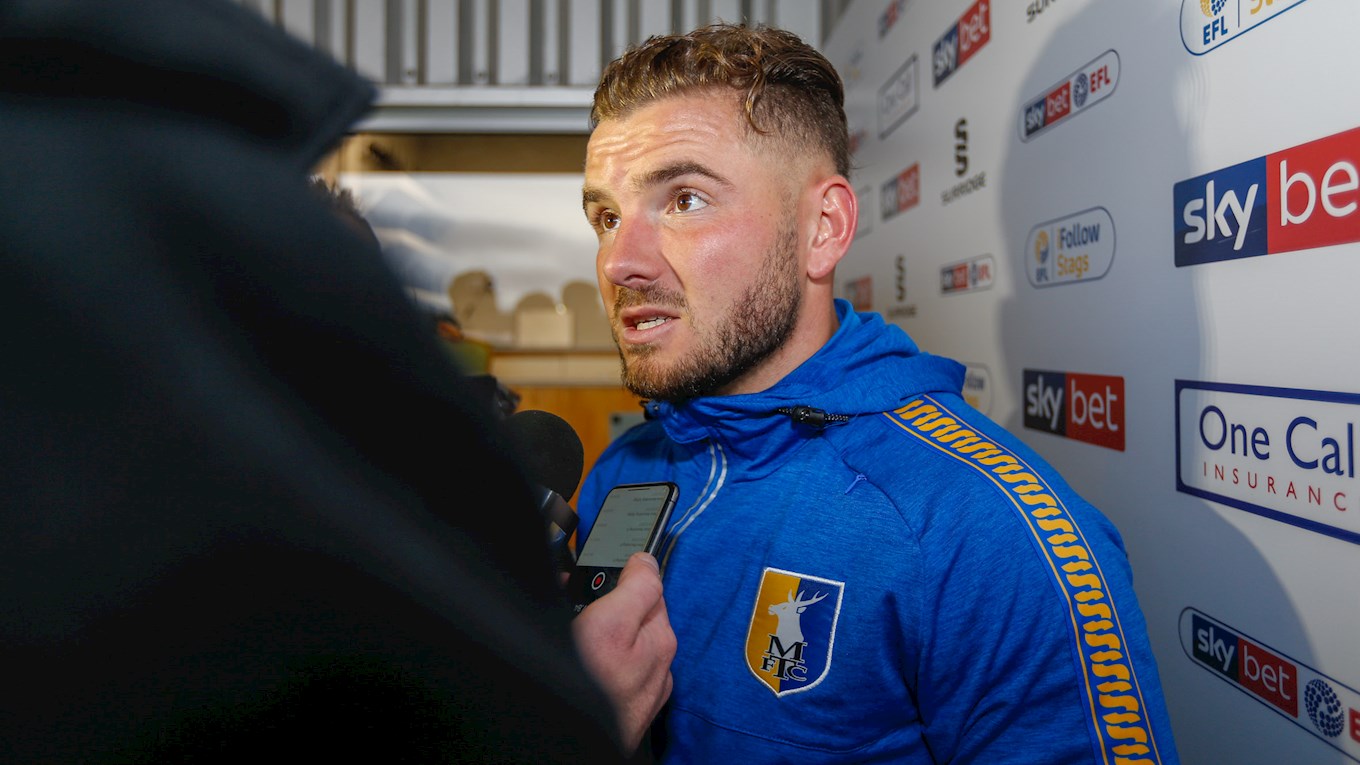 “But that little bit of quality in the final third probably not taking our chances has ultimately cost us.

“We can create more clear-cut chances. We got into their final third many times we just seemed to fall short today.

“It’s a cliché that ‘goals change games’ and if we take our chance early on it could be a completely different game. We’re not quite doing that so we are where we are.

“We’re not kidding ourselves – we know our results haven’t been there – but what I can say is from the training ground to the last few performances I can say we’re just round the corner from the levels we need to be at to climb this table.”

iFollow Stags subscribers can watch the midfielder's interview in full by logging into mansfieldtown.net/ifollow later today