Stags’ boss John Dempster has praised his side’s ‘exceptional’ work-rate in today’s 2-2 draw with Port Vale, but conceded that Mansfield must be better in ‘crucial moments’ of matches.

Strikes from Kellan Gordon and Danny Rose were both cancelled out by late goals in either half by Mark Cullen and Nathan Smith.

The Stags’ boss says the nature of the draw at Vale Park is ‘gut-wrenching,’ as he believes Mansfield ‘outplayed and outworked’ the Valiants.

“It was domination from start to finish,” he began. “I asked the players to come out fighting and represent what I’m all about and they did that today.

“The level of performance was high, but in crucial moments at the end of each half, we need to be better.

“We outplayed them and we outworked them. A neutral would watch that game and think Mansfield Town are going to go on and get all three points.

“I’m very, very disappointed, as you can imagine. It’s gut-wrenching to not pick up all three points from a dominant display. 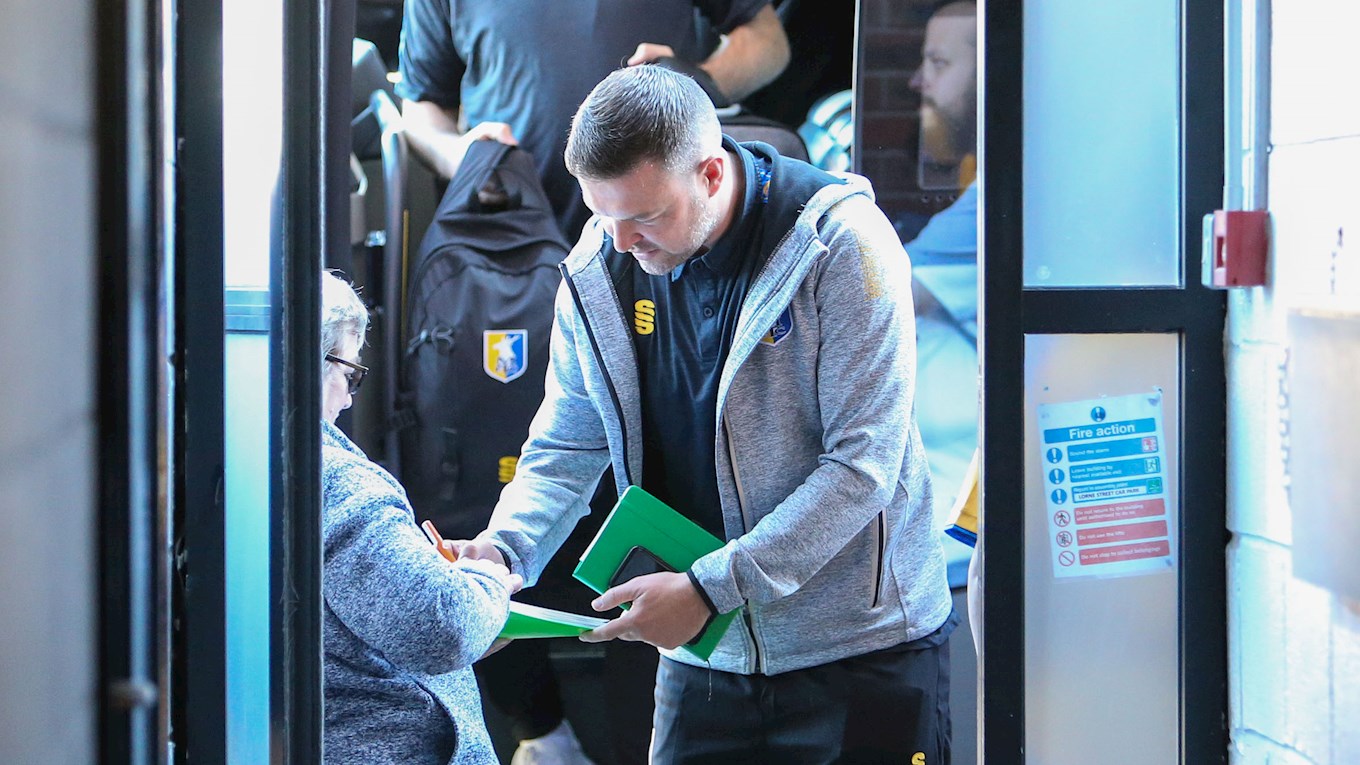 “We’re picking up and looking like the team I expect. But those crucial moments are key and we have to do better.

“People need to be together and communicate with each other, making sure the ball stays out of the back of the net.

“We were in their box a lot more. I thought the work rate and the pressing from the front was exceptional.

“The crowd were disputing the penalty, which I thought was a penalty, then after that a lot of decisions weren’t going our way.

“Our supporters were outstanding today. The noise that came from the [Mansfield] army was brilliant and that’s what drove the boys on.” 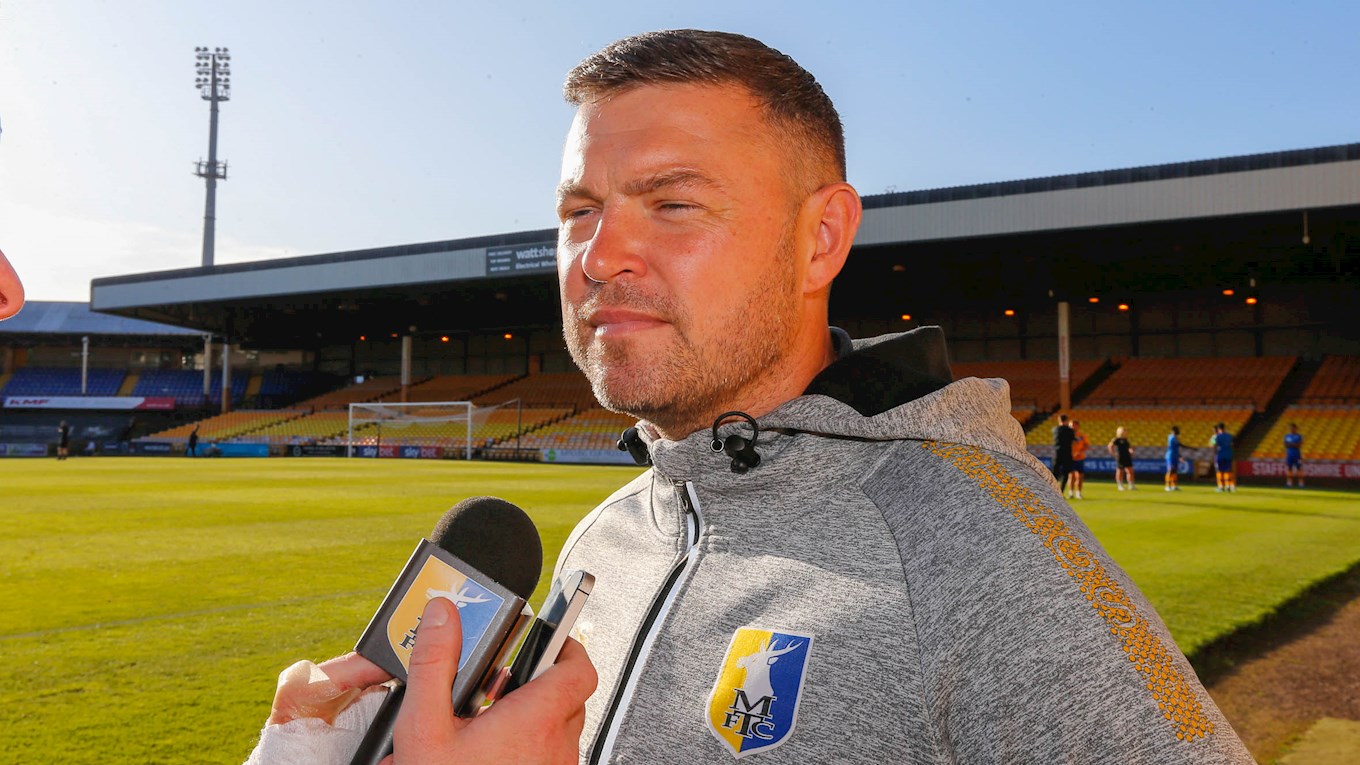 The boss says that the overriding emotions from his players at full-time were ‘anger’ and ‘disappointment’ following Smith’s scrappy goal deep into stoppage time.

“When we play like that, we win the ball back quickly and can then play.

“You look through the team and you can’t pick a player that had a poor game today. They were all at a high level and to go away with a point is disappointing.

“The players were disappointed with one another at full-time. There were quite a few words said from the players and the staff.

“[We feel] anger, because we can do better than that [for second goal]. In the key moments, we have to do better. It’s simple.

“I’m an honest person and never give in or back down. That’s what I want to see from my players and they fought today.

“If we can tighten up in those [key] situations, we will start climbing the league. I’m confident that we can climb the league table, but we have to be better in those moments.” 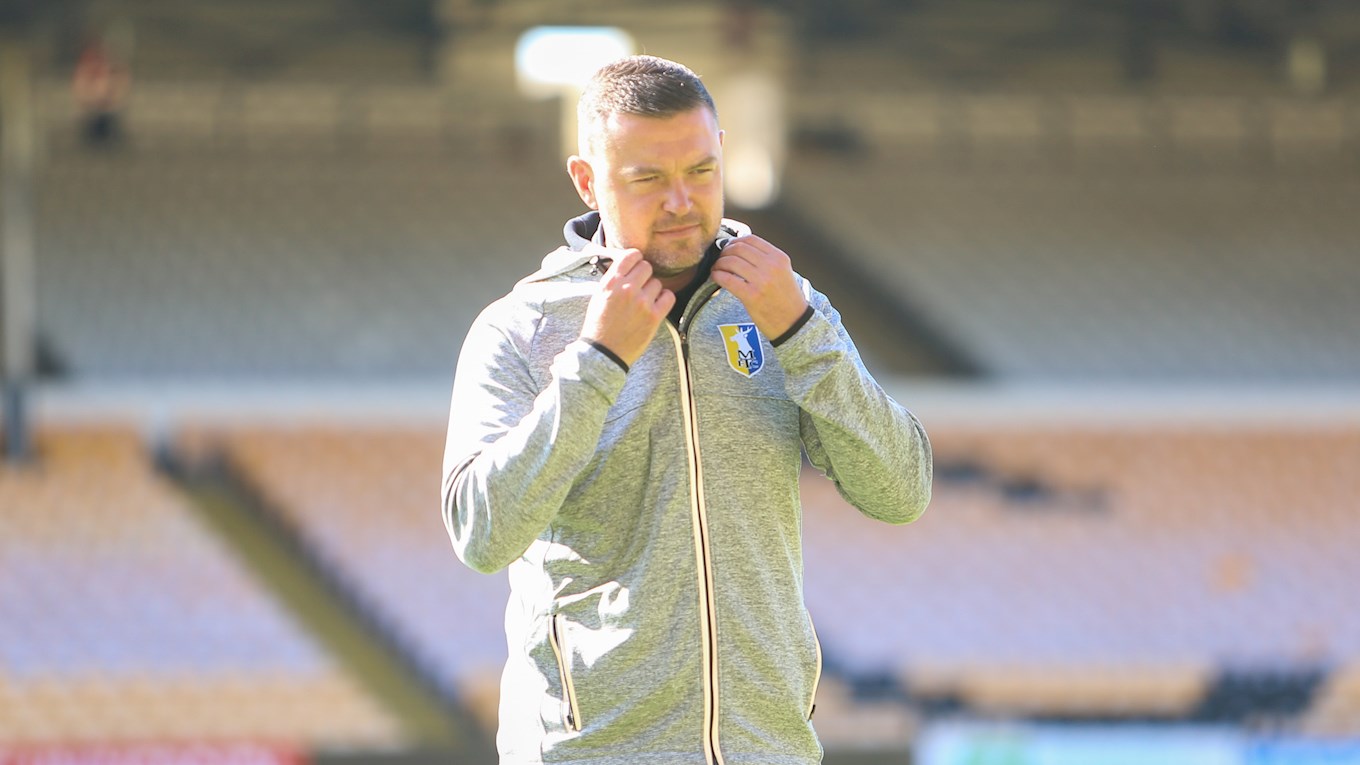 The manager hopes that his side will take the same ‘intensity’ from today’s performance into next Saturday’s home match against Plymouth Argyle.

“We followed on from Tuesday night, where it was domination until the [Matt Preston] sending off and have shown a lot of character to come here and perform at that high level.

“There was a lot of anger in the dressing room after and a lot of disappointment. But we’ll be back in this week and move onto Plymouth.

“It’ll be about picking the players up on Monday once they’ve digested it [result] and putting a plan together for Plymouth.

“But we want more of the same. We want intensity when we press and that same bravery to get on the ball and pass the ball.