Mansfield were the better of the two sides in the second-half but could not register an elusive equaliser following Conor Grant’s stunning long range strike in the first-half.

The manager says that the ‘effort’ and ‘bravery’ were there from his players but conceded that his side need to improve in the final third.

“[We lacked] that last bit of quality, whether it was a ball into the box or a finish. Effort and endeavour can’t be questioned today. They worked their socks off,” he said.

“But what you can question is that quality in the final third. It hasn’t been good enough today.

“There were two key moments in the game where both players [CJ Hamilton, pictured below and Andy Cook] have gone through one-on-one with the ‘keeper.

“CJ’s pace has got him in, his touch has let him down and Cooky managed to get a shot off, but the ‘keeper’s made a save. We expect both players to do better in those situations. 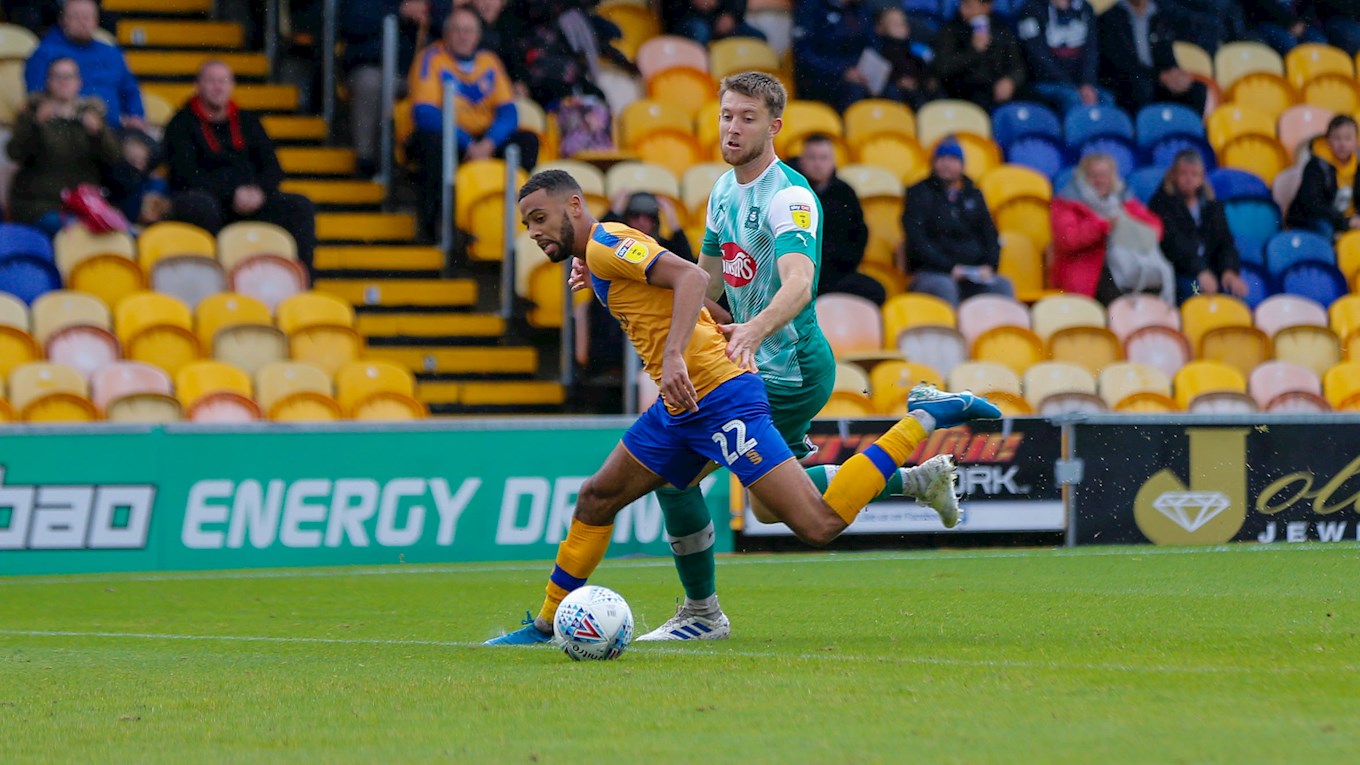 “The strike that has won it, they’ll say it was a strike worthy of winning any game. But we’ll pick the bones out of it and look where we can do better previous to the strike.

“We felt that we could do better in terms of movement in the box and a lot of times our delivery hit the front man.

“I don’t think we deserved to lose, but I don’t want to be a manager who stands here and cries about bad luck. It’s our responsibility to make sure that things do go for us.

“We want to maintain the work ethic and the bravery on the ball, but the final piece is that bit of quality. That’s what we need.

“If you look at our last three performances, they’ve been positive. It will turn if you keep consistent with those levels of performance. But we need to get going and keep moving up that league table. 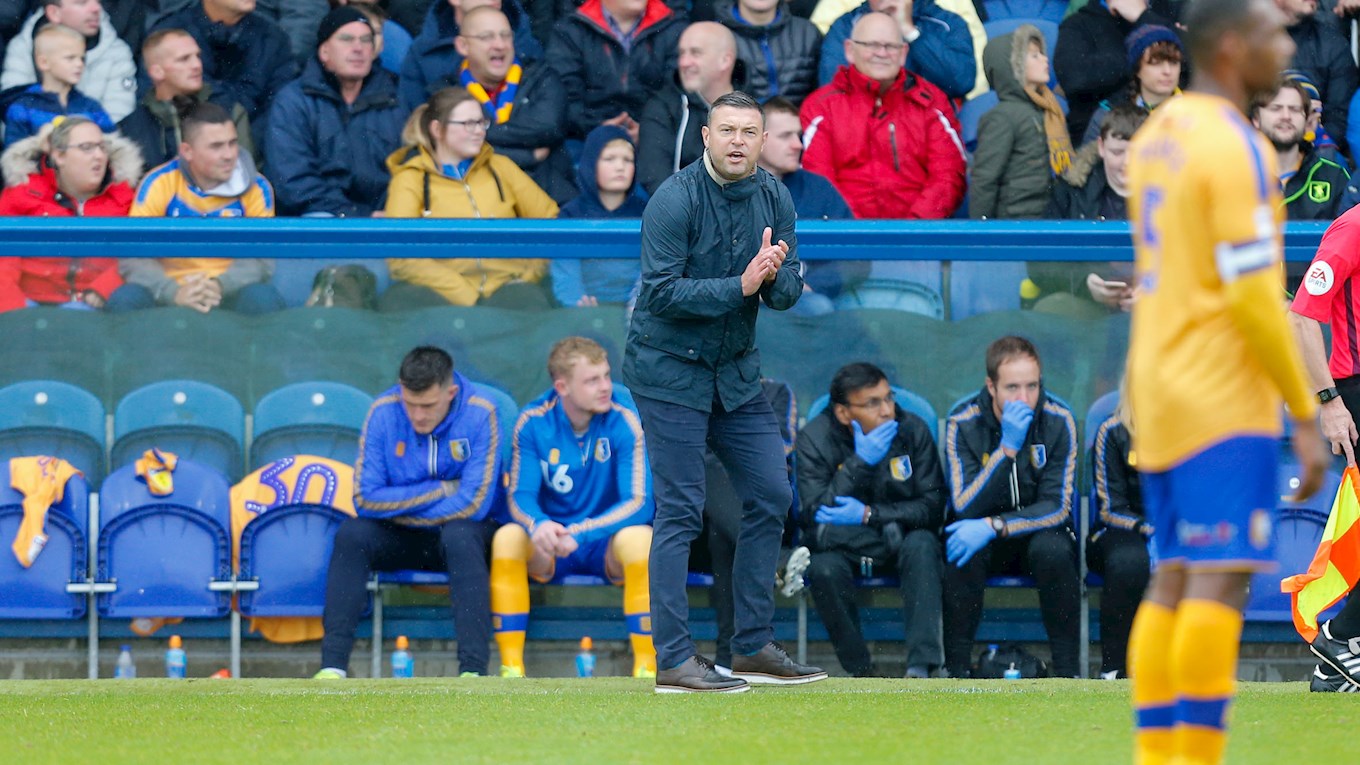 “Performance levels and effort levels were high today and bravery on the ball was good, intensity of press was there. Consistency [in those areas] is going to be key.”

The boss says that the Stags will look to improve by working hard on the training ground.

“We needed a goal. We had four centre forwards on the pitch so we threw the kitchen sink at them.

“There were a couple of blocked shots and a few deflections that would fall for us, but that’s not happening right now.

“What you have to do is dust yourself down and come back in on Monday. You either shrivel up into a ball and give in or stand up and be counted. Those are the two options and I know what I’ll be doing on Monday morning.

“[We will improve by] hard work in training, emphasising exactly what we need and what we want. 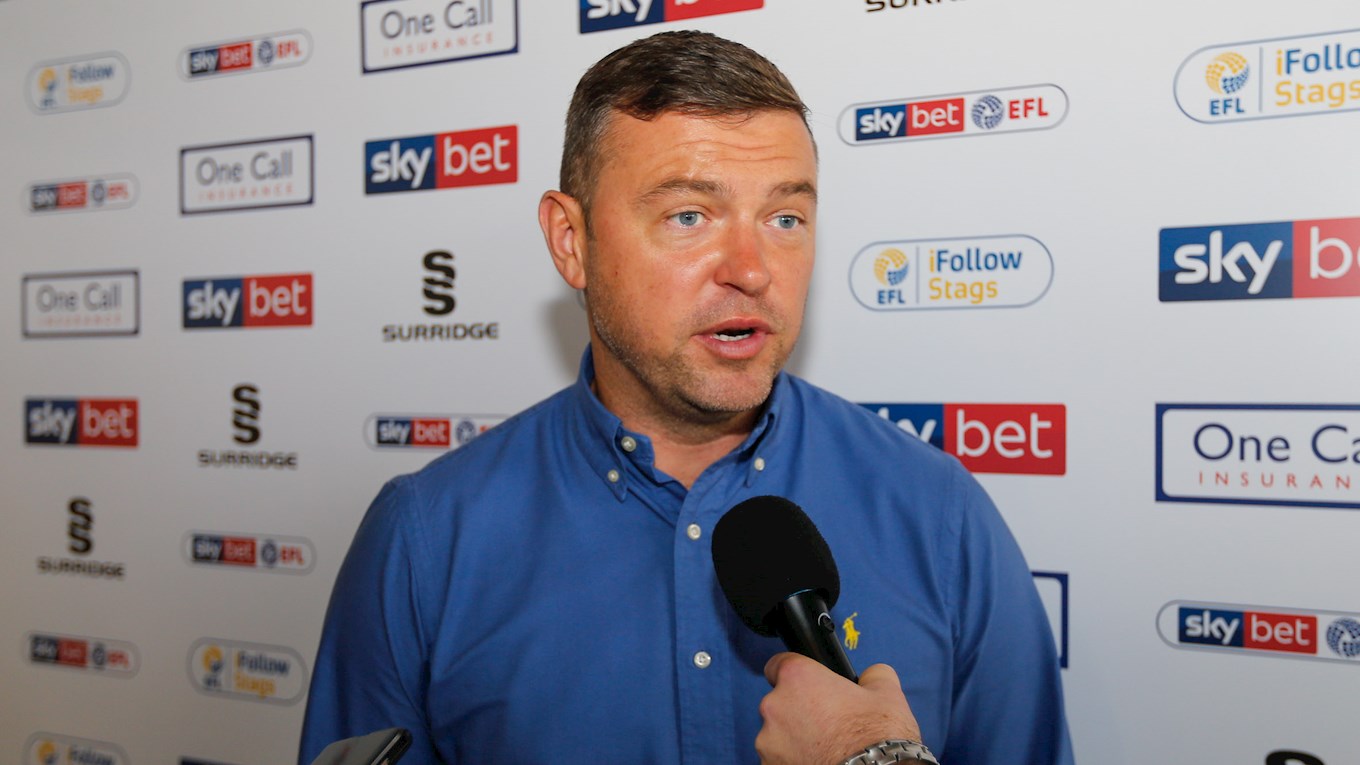 “Some of it is technical and some of it could be confidence because of where we are in the league at the moment.

“Hard work will see you through. Having watched the game, if you’re a neutral, there wasn’t anything in it. To lose at home is disappointing, but we have to dust ourselves down and go again.

“Confidence isn’t low, but that crucial moment and somebody stepping up and being the hero, is probably where we lacked today.”

John Dempster also provided updates on wing-back Hayden White (below) and goalkeeper Bobby Olejnik, who were both absent from today’s matchday squad. 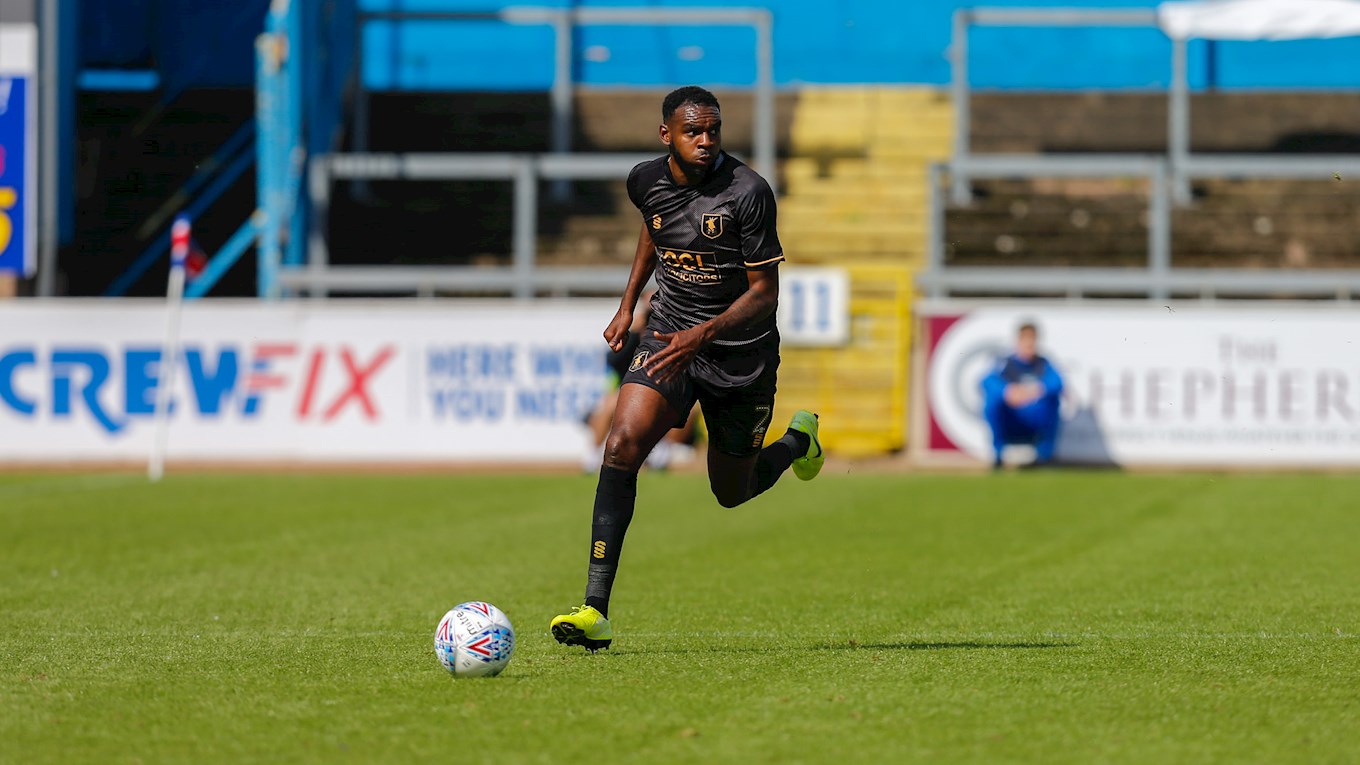 “Hayden [White] had some issues on Thursday night and came into training on Friday not feeling great. We sent him back home to rest, but the club doctor advised him that if he was continuing with the pain, to go to A&E.

“The hospital have kept him in to do some testing on him as he’s got some severe stomach pain. It goes without saying that we wish Hayden well.

“The last update I had before the game was that the hospital had taken him in – I’ll be making a phone call to make sure he’s okay.

“Bobby [Olejnik] dislocated one of his fingers in training. We were pleased to have him back and competing for a place. We have a reserve game on Tuesday against Scunthorpe and Bobby is due back in the hospital on Monday.

“The possibility of him playing in that game on Tuesday is very slim because they need to check if there’s any ligament damage.”