Manager John Dempster believes that missed opportunities were the Stags’ downfall in this afternoon’s 1-0 defeat away to Crawley Town.

The hosts took the lead in the second-half via Bez Lubala’s deflected effort, after the winger saw his penalty saved by Conrad Logan in the opening period.

The Mansfield boss says that his side’s lack of a ‘clinical’ edge in an ‘even’ game proved to be the difference.

“It was an even game and there were chances for both sides,” he began. “The game has been won by a deflected goal which you could call a fine margin.

“But you can’t play a spell of games and harping on about fine margins. It’s about making the most of your opportunities. It’s a deflected goal that’s won the game, but we had opportunities.

“You can’t really overanalyse it. There were times where we created chances when we’ve not made the ‘keeper work or been clinical. 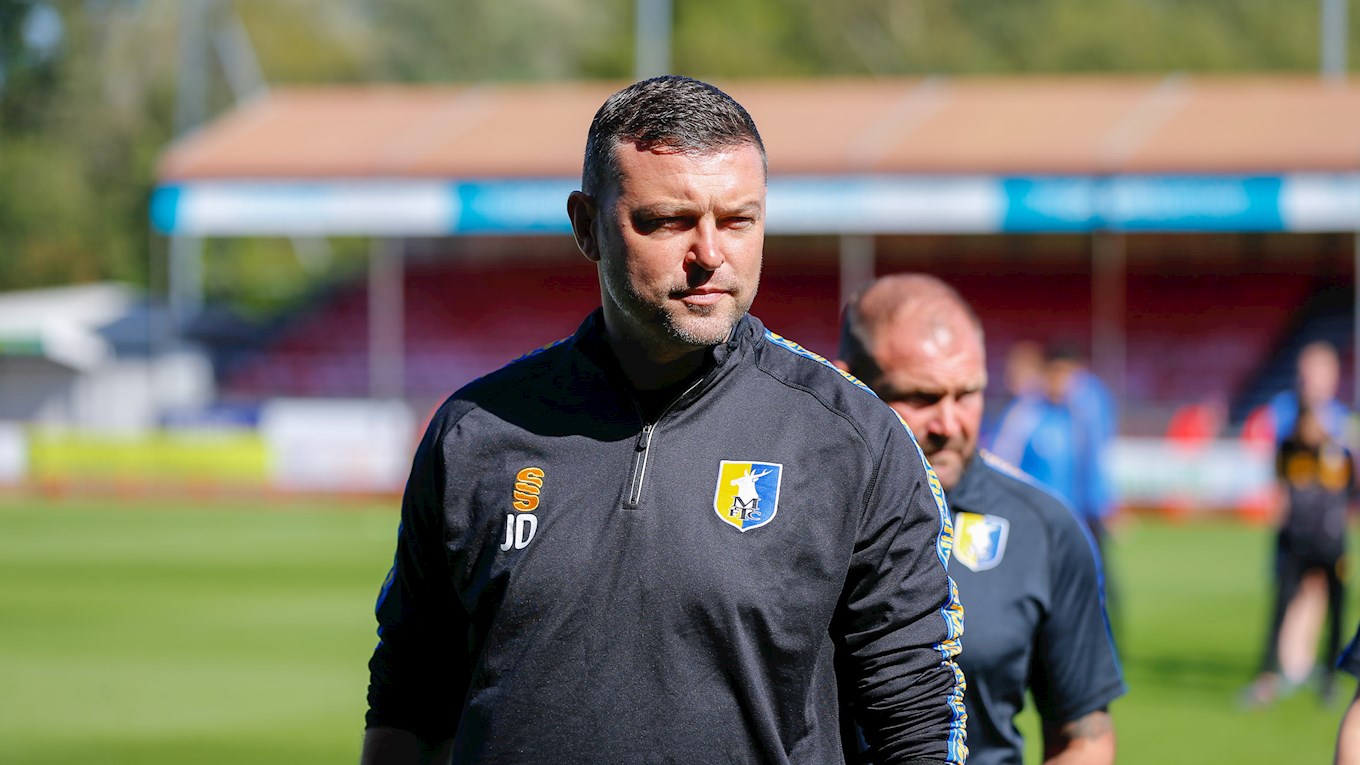 “We had some good opportunities, but we were snatching at it. We can do better. On reflection, with the opportunities we created today, we should’ve had one or two goals.

“We don’t want to make excuses or talk about being unfortunate. We’ve had a run of games and so far this season we haven’t been good enough – that’s the reality.

“We’ve scored some good goals this season when we’ve not looked good at the back, then snatched at our opportunities when we’ve been solid defensively. If we bring that together, we’ll be fine. But we don’t want to be saying that as often as we have.” 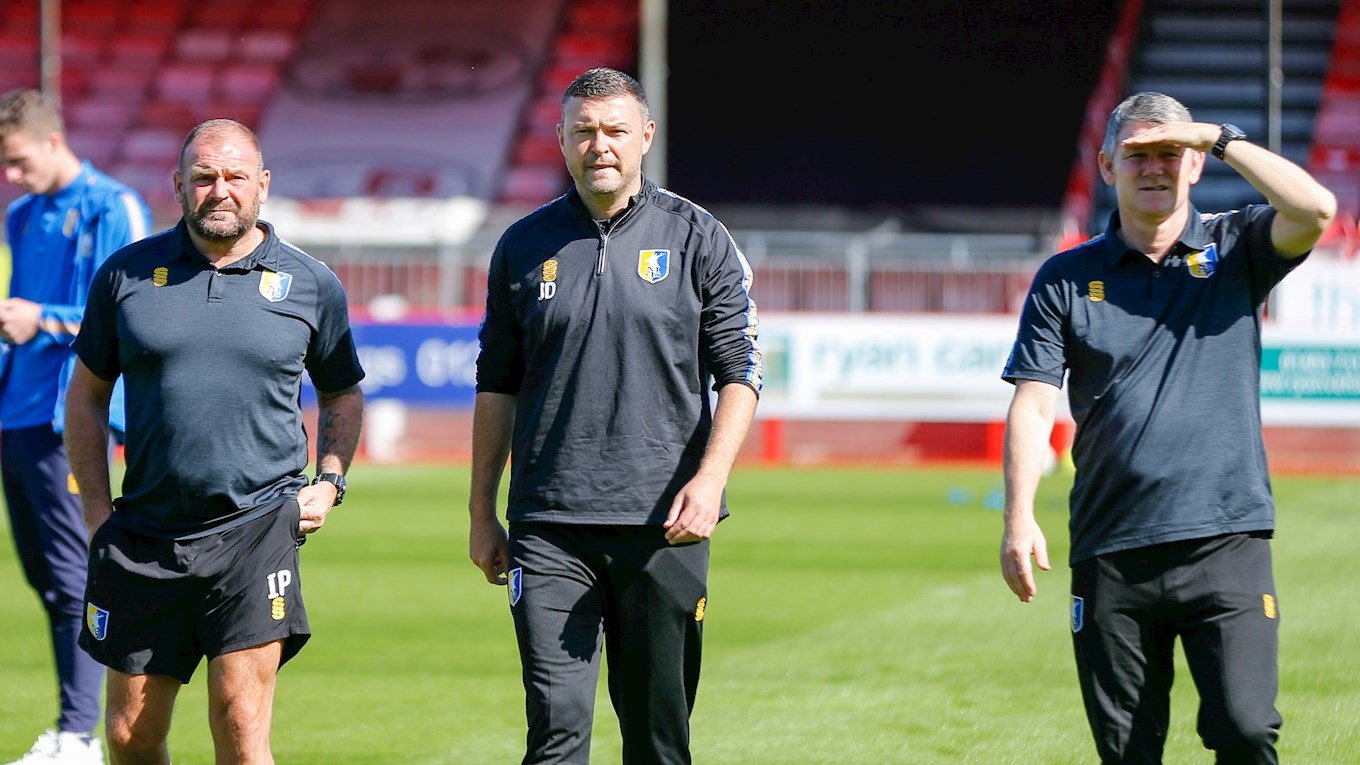 The boss added that his players’ ‘effort and endeavour’ could not be faulted in West Sussex, with the Stags pressing for the equalising goal for the majority of the second-half.

“The goal went in and it injected a little bit of energy into the players that were on the pitch,” said the manager. “Because we have good attacking players on the bench, we wanted to bring them on.

“They [substitutes] didn’t make enough of an impact and they didn’t take the opportunities that we created – but that’s all over the pitch.

“I am gutted because this football club means a lot to me and I think there have been times where I have been critical of the players.

“Today, no-one can fault our effort and endeavour and our ability to create opportunities – we just weren’t ruthless enough or clinical enough today.” 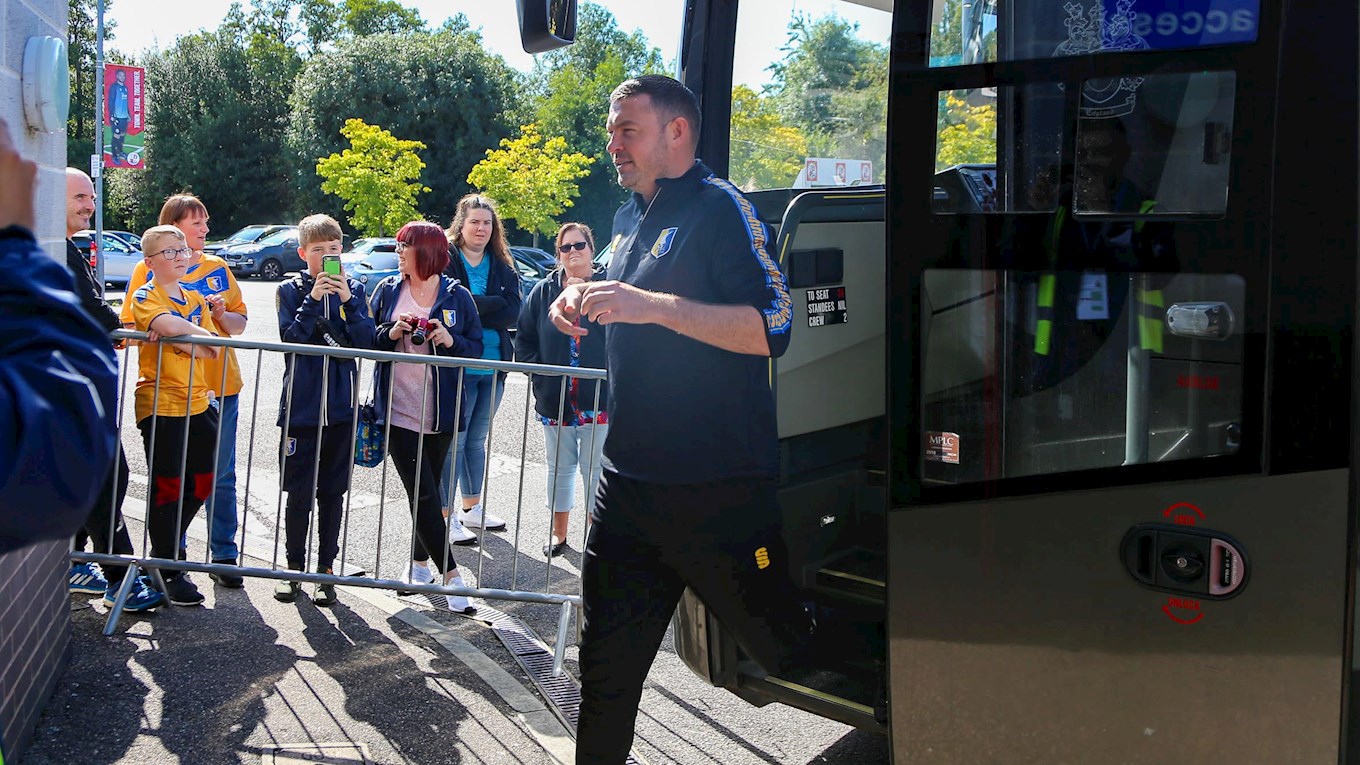 He moved on to praise the performance of goalkeeper Logan, who could do nothing about the game’s only goal and made a superb penalty save in the 26th minute.

“I think KP [Krystian Pearce] has read where the Crawley player is going. As soon as he’s taken his touch, KP has got his arm around him and in my view, it’s good defending.

“It’s never been a penalty, but Logan has pulled off a great save to keep us in the game. He made a couple of good saves today.

“When Conrad was called upon today, he did what he is paid to do. I think the Crawley Town ‘keeper had a good game as well, so it’s a reflection of the ball going from end to end.

“I’m disappointed we haven’t scored a goal with the opportunities we created. It’s important that once we’ve digested this game, we go into Cambridge with a positive frame of mind.”