Stags’ boss John Dempster has delivered his post-match verdict from this evening’s 4-0 defeat to Cambridge United.

Mansfield were reduced to ten men in the second-half following defender Matt Preston’s straight red card, which was followed by four second-half goals from the U’s.

The manager believes that Preston’s ‘crazy decision’ was the game’s major turning point.

“The sending off, Pressie [Matt Preston] has made a crazy decision,” he said. “He’s been sent off and rightly so, and that completely changes the complexion of the game.

“We had to regroup [after the sending off]. We went to two banks of four with one centre-forward and we were hoping to get something from a set play or a counter attack. 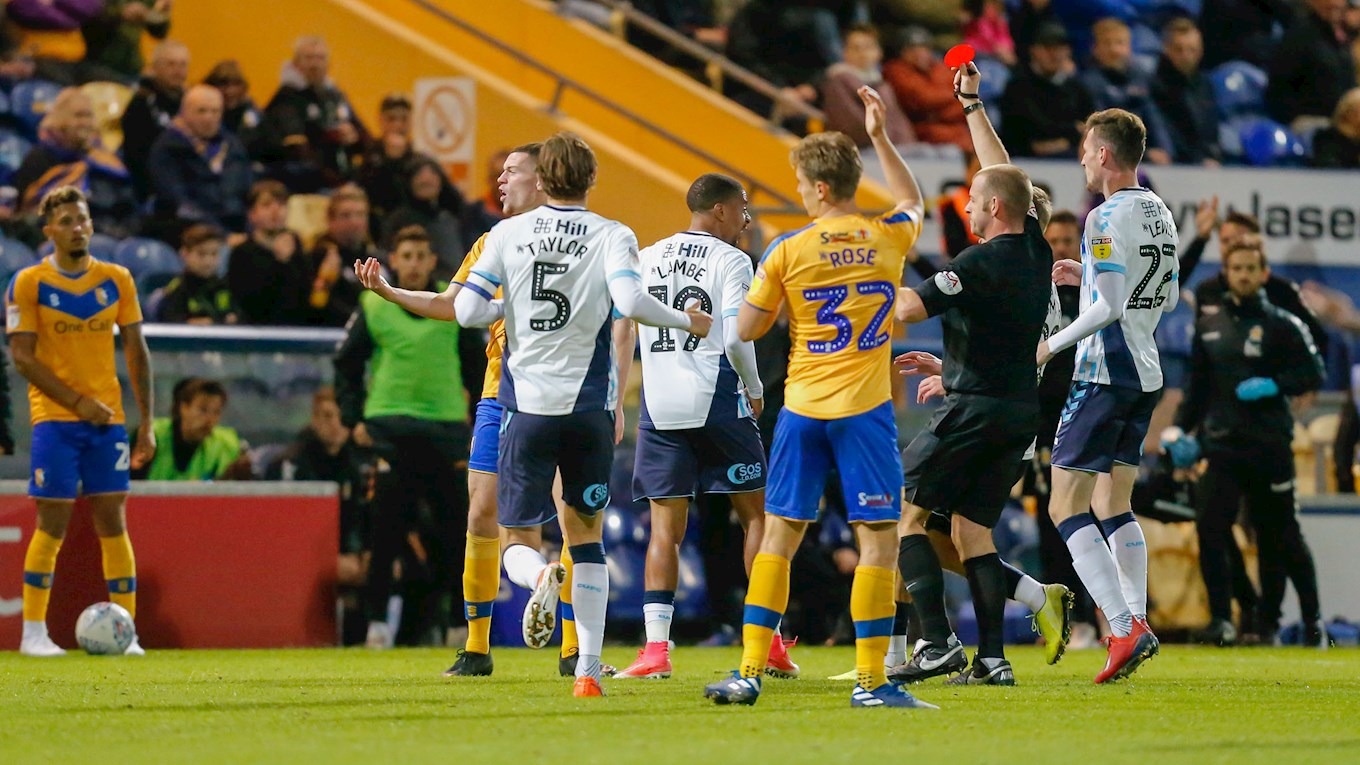 “That’s the best we’ve played in the first-half, without a doubt. We got after Cambridge and we had several chances that we have to do better with.

“I’m absolutely gutted. It felt right before the game and it felt right at half-time. In the end, it’s disastrous and it’s hard to believe that happened.

“We had Cambridge on the ropes [in the first-half] and we were creating opportunities. We were pressing high up the pitch – it was more of what we’re after.

“I understand the supporters’ frustrations without a doubt because they feel as I do about this football club. They want us to succeed and when you lose at home, it hurts. It hurts me as much as anybody, believe me.

“The fact that we’ve lost 4-0 today after the way we played for 60 minutes is tough to take. There’s not a lot more I can say.” 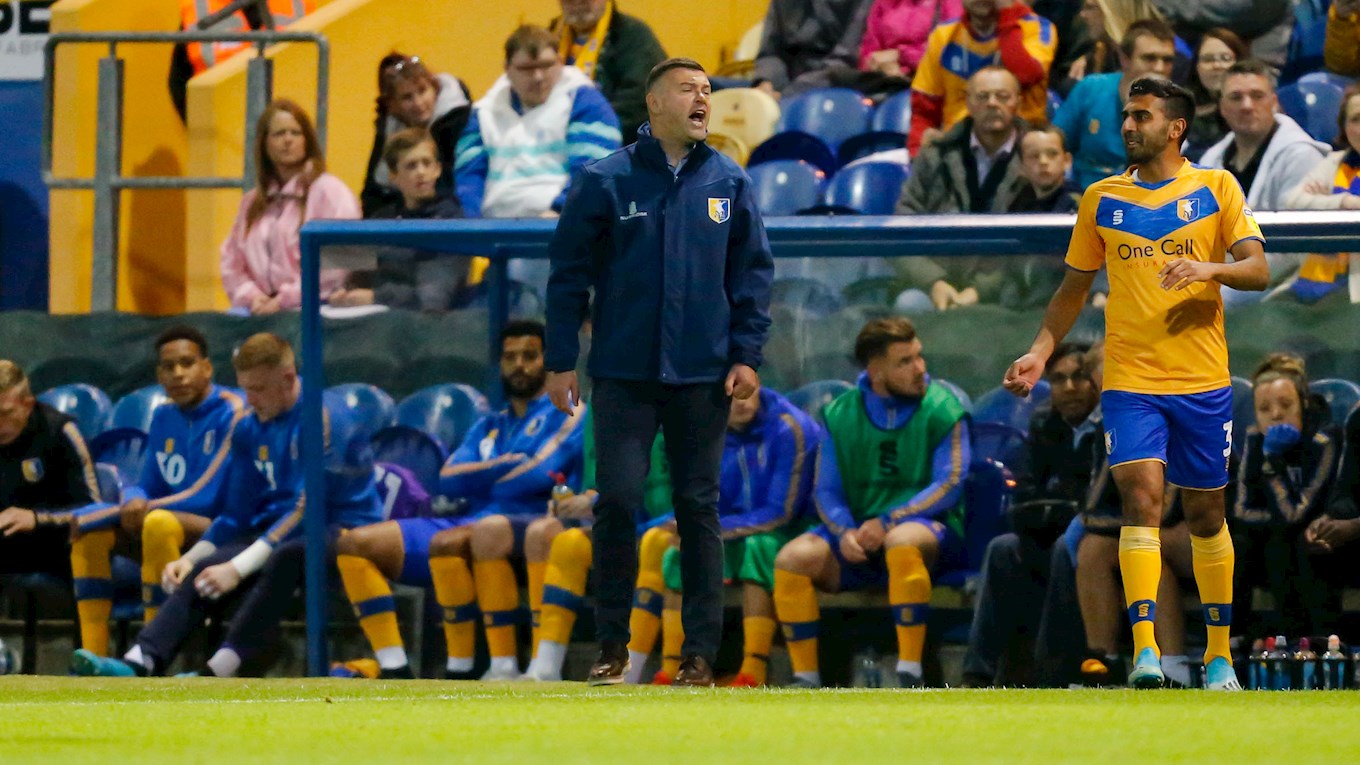 The boss spoke about missed opportunities and explained the reasons for Mansfield’s late collapse.

“The fact that we didn’t take that opportunity [Cook’s chance] and they go up the other end and score [was the reason for late collapse].

“Because we’re now two goals down we had to throw everything at them and try and get something out of the game. When you have ten men, it leaves gaps.

“When it’s one goal, you’re always in the game. When it’s two, it’s very difficult when you’re a man down.

“After the second goal, we were all over the place. The boys were doing okay initially with ten men and we had a great opportunity that we didn’t take.”

John Dempster says he will ‘pick up the pieces and go again,’ adding that he will continue to face the challenge of being Mansfield manager ‘full on.’

“We’re only nine games in and it’s been a real rollercoaster. It’s a real challenge but I knew it would be. There’s probably more happened in the first nine games that’s happened in some managers’ careers.

“It was a challenge that I was always going to face full on as I have a young family to provide for.

“There is pressure but there are people in worse positions than me. I’ll battle on and I’ll never give up, I’ll always do my best.

“The boys are down as you can imagine. Everything felt positive today until the massive turnaround. But however you dress it up, getting beat 4-0 at home is unacceptable.

“We’re a proud football club with proud owners, a proud board and proud supporters. You can’t be getting beat 4-0 at home.

“We’ll be back in tomorrow and we’ll have to move on quickly for Port Vale. It [Vale Park] is always a tough place to go.

“We’ll pick the pieces up and go again, without a doubt. That’s what you do when you’re in this profession.

“I’ll stand up and be counted, without a doubt, and the players need to do the same.”

iFollow Stags subscribers can watch the manager's interview in full by logging into mansfieldtown.net/ifollow later this evening.