Under-18s’ coach Mike Whitlow says that his charges displayed ‘grit and determination’ to progress to the second round of the FA Youth Cup with a 4-3 win over Doncaster Rovers at One Call Stadium last night.

Two goals apiece from Jimmy Knowles and Rio Molyneaux (both pictured below) were enough to see the Stags into the next round despite a late scare, as Doncaster scored their third in the 87th minute before Mansfield were reduced to ten men after a red card to goalkeeper Maison Campbell.

Whitlow says that, despite the way the game ended, he was pleased with how his charges ‘gave absolutely everything’ for the victory.

“It [game] wasn’t dull! We’ve played Doncaster three times [this season] now and you know what you’re going to get,” he said. “They move the ball well and did so really well at times in the first-half.

“If we’re being honest, concentration levels defensively could have been a bit better at times. But, we showed grit, determination and gave absolutely everything to come out with a win today.

“Today was about battling and working together. Josh Scott up front was amazing, holding up play and showing work ethic. Jordan Armsden led from the back. So, there were a lot of pleasing things about the game. 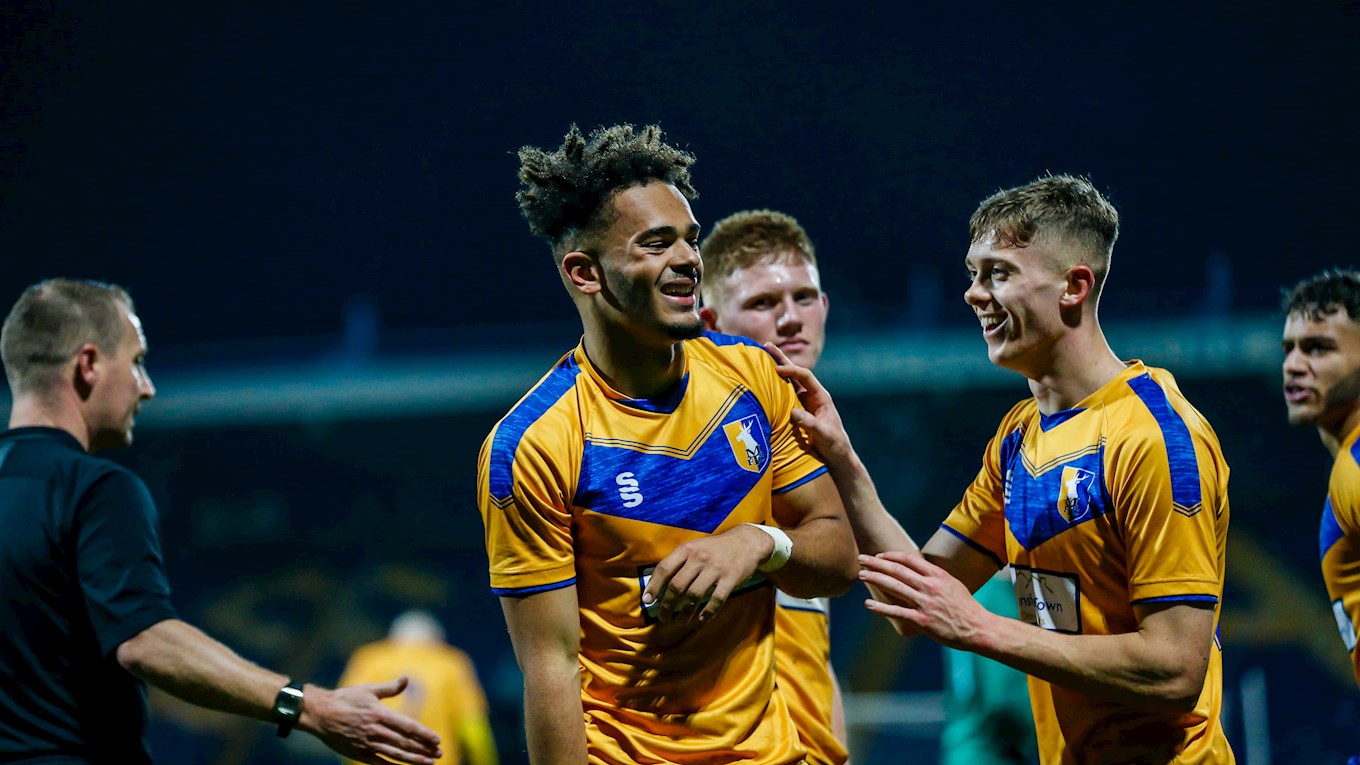 “At 4-2 you think we’re home and dry. But the ‘keeper [Maison Campbell] gets himself sent off because there was a scuffle, which was disappointing.

The Under-18s’ coach also spoke of the priceless experience for his young players to perform under the lights of One Call Stadium.

“You can’t replicate the experience [of playing at One Call Stadium] in the last ten minutes. We’re on our home pitch and the pressure was on with the crowd.

“Some of the crowd were willing Doncaster to do well, our lot were willing the lads to stay in the game. It’s great – what a learning curve it is for the players.

“Some of them grew because of it – they’re 16 years old. Some of them today led others, some stood up to be counted – what an experience.

“Credit to Doncaster too because every time we’ve played them it’s been a tough old gig. They have some really good players and I wish them all the best.”

Stags’ under 18s will play the winners of Haughmond and Rotherham United at home in round two. The tie will be played in the middle of November at a date to be confirmed.