Wingman Rio Molyneaux described last night’s FA Youth Cup victory as ‘unbelievable’ as his brace helped Mansfield’s under 18s to a 4-3 victory in an action packed first round tie against Doncaster at One Call Stadium.

The former Colchester man scored a second half brace to put Stags in the box seat following a 1-1 scoreline at half-time.

But Mansfield’s young guns were made to sweat for their eventual victory.

With Stags 4-2 ahead, the South Yorkshire side netted in the 87th minute to set up a nervy finale, which saw home goalkeeper Maison Campbell sent off following a goal-mouth incident.

Hot prospect Jimmy Knowles also scored two in a frenetic affair which was watched by 150 spectators.

Speaking after the game, a beaming Molyneaux told iFollow Stags: “It was unbelievable. All the boys are delighted. We’re over the moon. 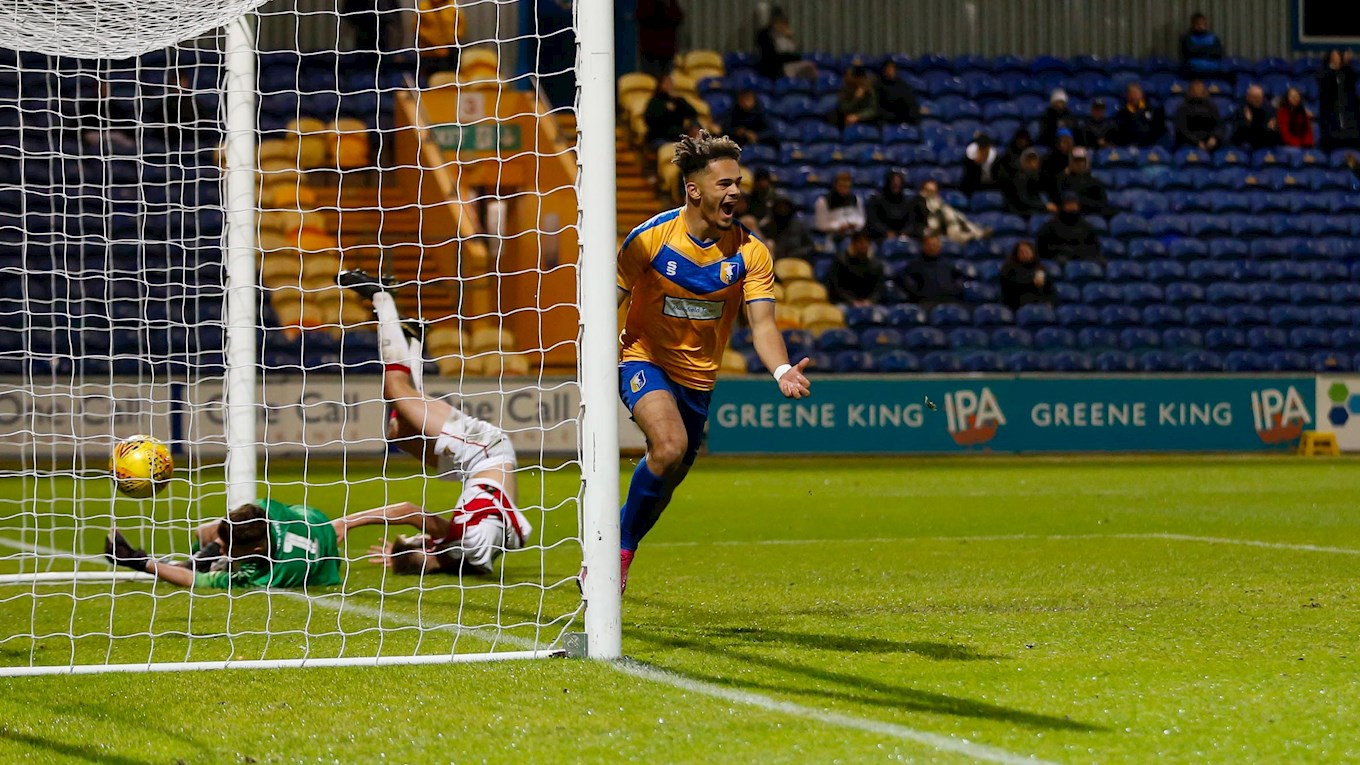 “It was a hard graft with ten men and we did well.

“We were 4-2 up so could have seen out the game, but we always seem to do it the hard way.

“We defended well, pulled through and showed good character.”

Molyneaux scored the game’s best goal in the 82nd minute, as his curling effort from outside the box put Stags’ 4-2 in front. Reflecting on the strike, he said: "[Throughout] The whole game the full-back was showing me inside.

“Their centre-back was coming over to double up so I couldn’t get around the outside, so I thought the next time I would drive inside and put it across goal.

“I saw the keeper was off his line, so I took the shot and it went in.”

Stags’ under 18s will play the winners of Haughmond and Rotherham United at home in round two. The tie will be played in the middle of November at a date to be confirmed.