Ahead of Saturday’s clash with Forest Green, we look back at five memorable matches between the Stags and Rovers.

The Stags cruised to victory over a Rovers side struggling in the lower reaches of the Blue Square Premier. Mark Stallard opened the scoring with a simple header from close range. The visitors were then reduced to ten men before Robert Duffy doubled the amber and blue's advantage from the spot. Stags, then managed by David Holdsworth, also fell a man light when Matthew Somner receiving his marching orders. That would make little difference to a rampant Mansfield side who would add a third ten minutes before time as Scott Garner guided home with a header from a free-kick.

A sensational second-half display saw the Stags overhaul a one goal deficit to see off Rovers comfortably as they scored four times in 23 minutes. Ex-Mansfield loanee Tomi Ameobi had given Forest Green the lead which lasted until past the hour mark. Luke Jones began the onslaught with a headed finish from a corner. Three minutes later the amber and blue were in front through Rob Duffy. Jake Speight and Jones then rounded off the scoring in the final 15 minutes to send the Stags home with all three points.

An own-goal and a Lee Stevenson finish gave Mansfield a huge three points against fellow promotion challengers Forest Green as the Stags marched towards the Conference title. The victory, their ninth in succession, began with a slice of luck as a Lindon Meikle effort deflected off Eddie Oshodi and into the net on the half hour mark. Stevenson then added to the lead just after the break. James Norwood, now of League One Ipswich Town, then grabbed one back in the closing minutes but it was too little too late as the amber and blue would hold on for yet another success in their road towards the Football League. 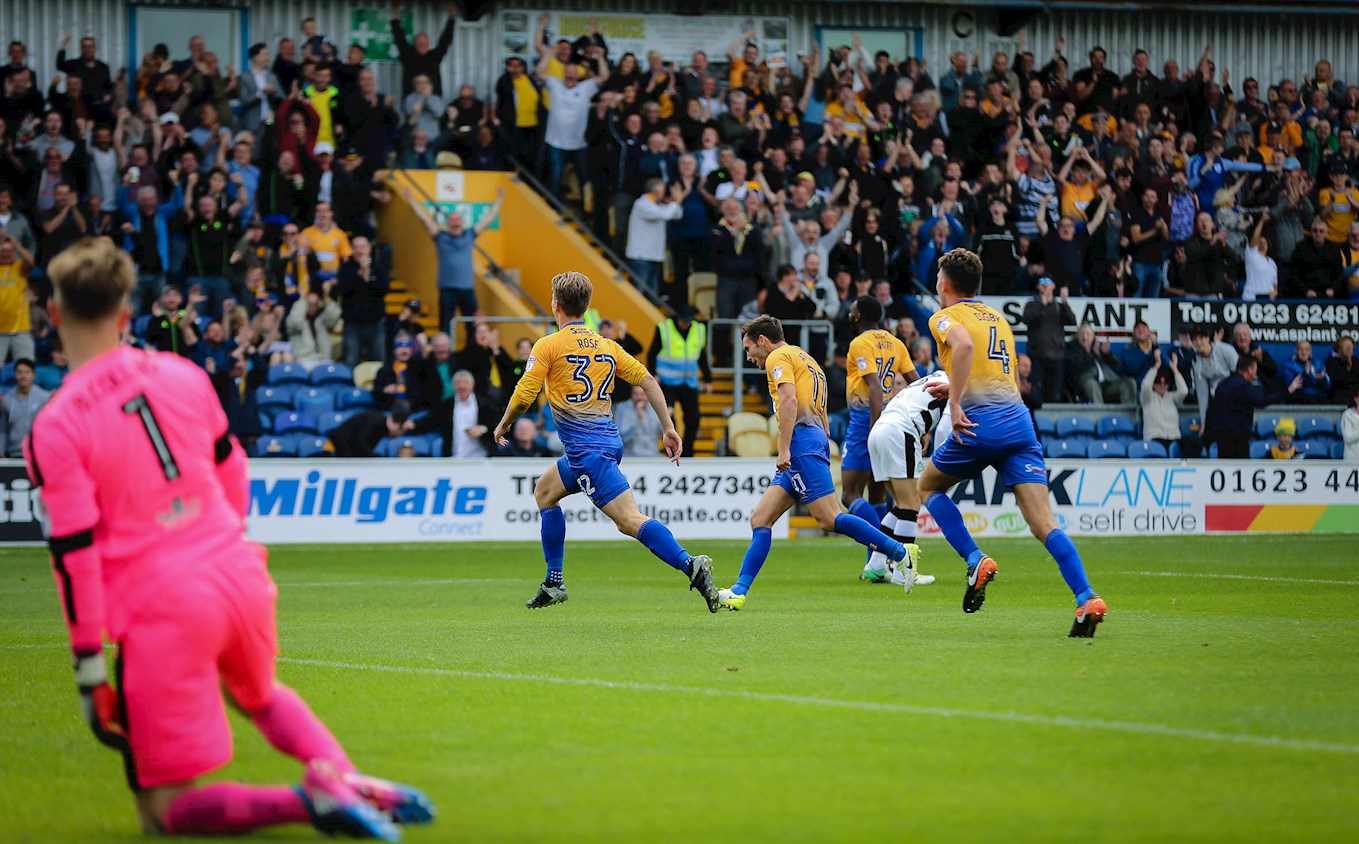 Two goals in six second-half minutes gave the Stags victory over Rovers who were playing what was just their second-ever Football League fixture. After a frustrating first 45 minutes, Danny Rose headed Steve Evans’ men ahead, leaping highest to direct a Joel Byrom corner past former Chelsea youngster Bradley Collins. Paul Anderson then made it two quickly after, tucking into the net after beating the offside trap.

Goal number 21 of the season for Tyler Walker was enough to give David Flitcroft’s men all three points against fellow promotion contenders Forest Green. Both sides had opportunities but Walker, reliable and clinical as ever, would provide the finishing touch required to give Mansfield a massive win. The game-clinching goal came in the 69th minute as keeper Lewis Ward saved a CJ Hamilton effort before Walker leapt to head home brilliantly. He was then sent off in added time to slightly stain a very successful afternoon for him and his side.