As Stags prepare to welcome Salford City to One Call Stadium on Tuesday (7.45pm kick-off), we take a closer look at the men from Greater Manchester…

For 78 years, Salford were playing non league football, gradually progressing from local, to regional divisions and then, in 2018, for the first time in their history, the National League. They were then, last season, promoted to Sky Bet League Two at what was the earliest opportunity.

This came via the play-offs as they overcame AFC Fylde in a scintillating 3-0 annihilation of the Lancashire side at Wembley. The promotion marked their fourth climb up the English divisional ladder in five seasons as the Class of 92s involvement with the club continued to yield success.

Prior to their recent remarkable transformation, The Ammies had been very much out of the national picture, plying their trade in Northern and, before that, Manchester-based leagues.

Now, with the involvement of ex-Manchester United legends David Beckham, Paul Scholes, Ryan Giggs, Gary Neville, Phil Neville and Nicky Butt, everything has changed. They have their own nationally-broadcasted television series and a new multi-million pound stadium, contributing towards a name which has become very recognisable across the country.

Salford have had relatively mixed fortunes so far in their maiden Football League campaign. They currently sit 18th, behind the Stags only on goal difference but despite their seemingly low position, only four points separate them and the play-offs.

The Ammies’ away record bodes well for Mansfield, with them amassing just five points on their travels this season, their only full haul coming in an impressive 3-0 drubbing of Walsall earlier this month.

Their last five matches have been varied in terms of results with two wins and three defeats. The latter saw them ship ten goals, despite the former seeing them keep clean sheets on both occasions. 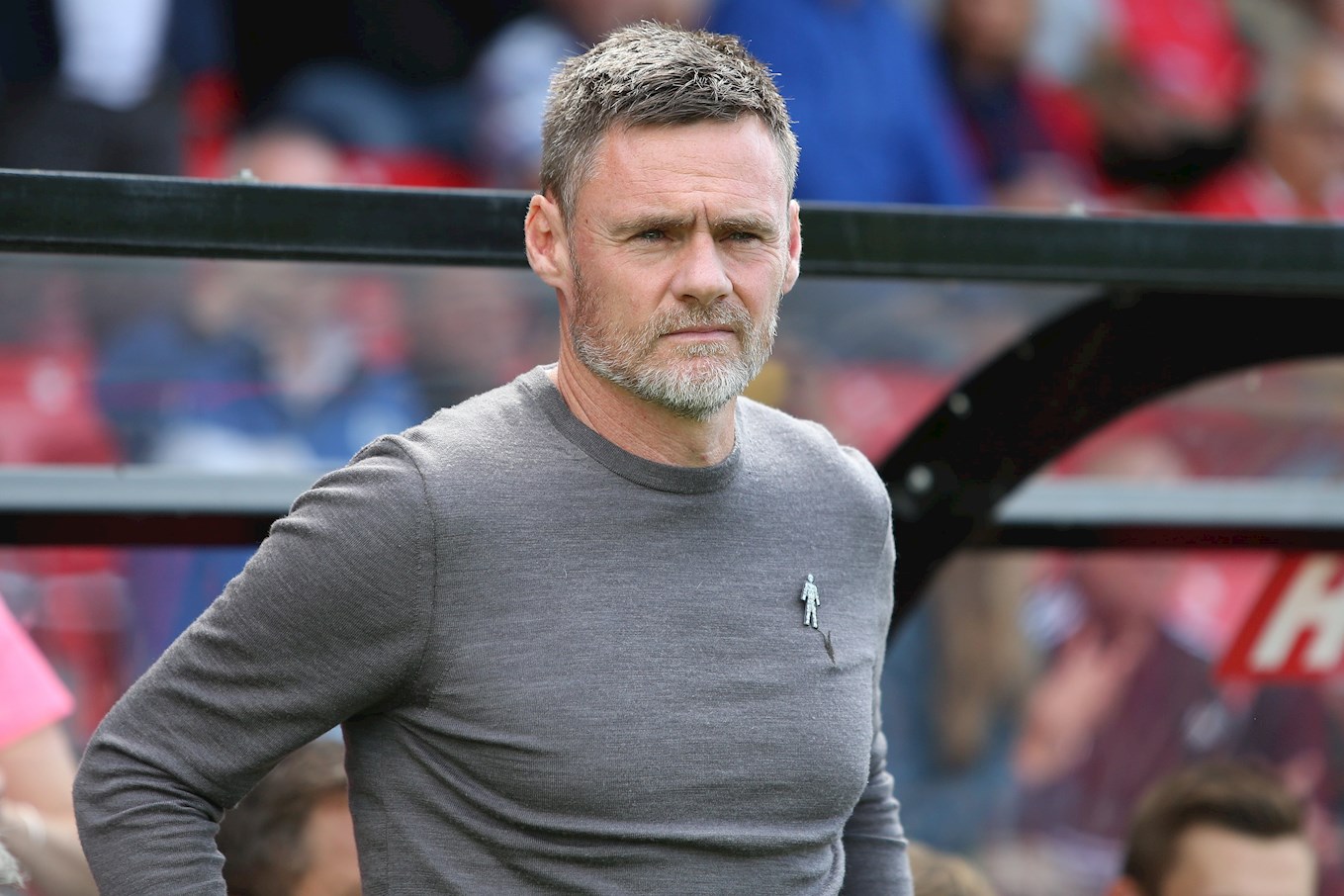 The former Premier League midfielder was the man who helped complete Salford’s quest to become a Football League club as he guided them to this level in his first season in charge.

His appointment as Ammies’ boss in May 2018 came as a surprise to many as he made the step down to non league following positions at Fleetwood Town and Scunthorpe United of Leagues Two and One respectively.

However, having completed the difficult job of promotion from the fifth tier, Alexander is now in charge of one of the most ambitious clubs in England’s top four divisions with plenty of scope for further success in the future.

Prior to moving into the dugout, the 48-year-old had a highly respected career on the pitch as he became only the second-ever outfield player to rack up over 1,000 professional appearances in the English game. These came for Scunthorpe, Luton Town, Preston North End and Burnley.

Although he is yet to really hit top form in League Two, Adam Rooney is one to watch in Salford’s red and white. The frontman fired in some vital goals last season, scoring 21 in total, the most in Alexander’s side.

Since moving up a level, Rooney has only scored twice, but having found the net 203 times in a career spanning over 500 games, it is only a matter of time before the 31-year-old begins to do what he does best.

Another one of the key stars in last season’s promotion, full-back Ibou Touray, is also one to look out for. The ex-Everton youngster missed just one league match in the history-making campaign and was a vital component in their success, providing both defensively and offensively.

This notion is epitomised by his excellent display in the play-off final as he scored once, assisted another and played in a backline which kept a clean sheet. In League Two, the Gambian international has so far struck on two occasions and registered a single assist.