The striker stole the headlines after hitting two goals in quick succession – before Tomas Egert and Filipe Morais were dismissed for the Latics.

And the forward then secured the match ball by netting a classy third at the end of the opening period.

The Stags built upon their two-man advantage in the second half, with Maynard citing the hard yards on the training pitch as the main reason behind the victory at One Call Stadium.

“I think even when they and 11 men on the field we were always looking a threat in the final third,” he told iFollow Stags. 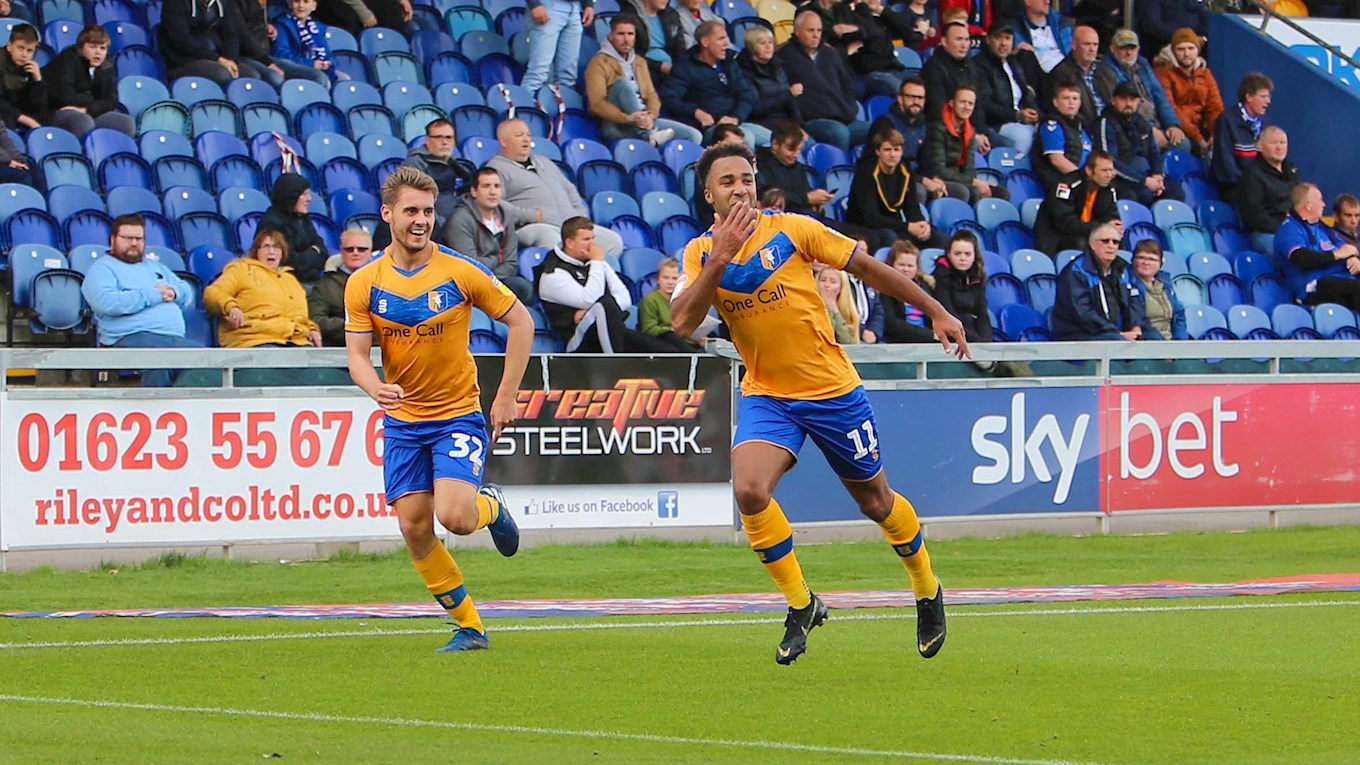 “It’s something we’ve worked on over the past few weeks so it’s nice to see it come to fruition.

“It’s nice to get on the scoresheet too and even better to get three goals. I enjoyed it today.

“When they get their two men sent off it makes it even easier for us to create those chances and it was good that we never let our foot off the gas."

The 32-year-old then compared the differences between this afternoon’s victory and last week’s win at Grimsby, where his side notched a last-minute winner.

“I think we got an ugly win last week against Grimsby and we’ve worked on how we want to create chances and get [everyone] on the same wavelength. 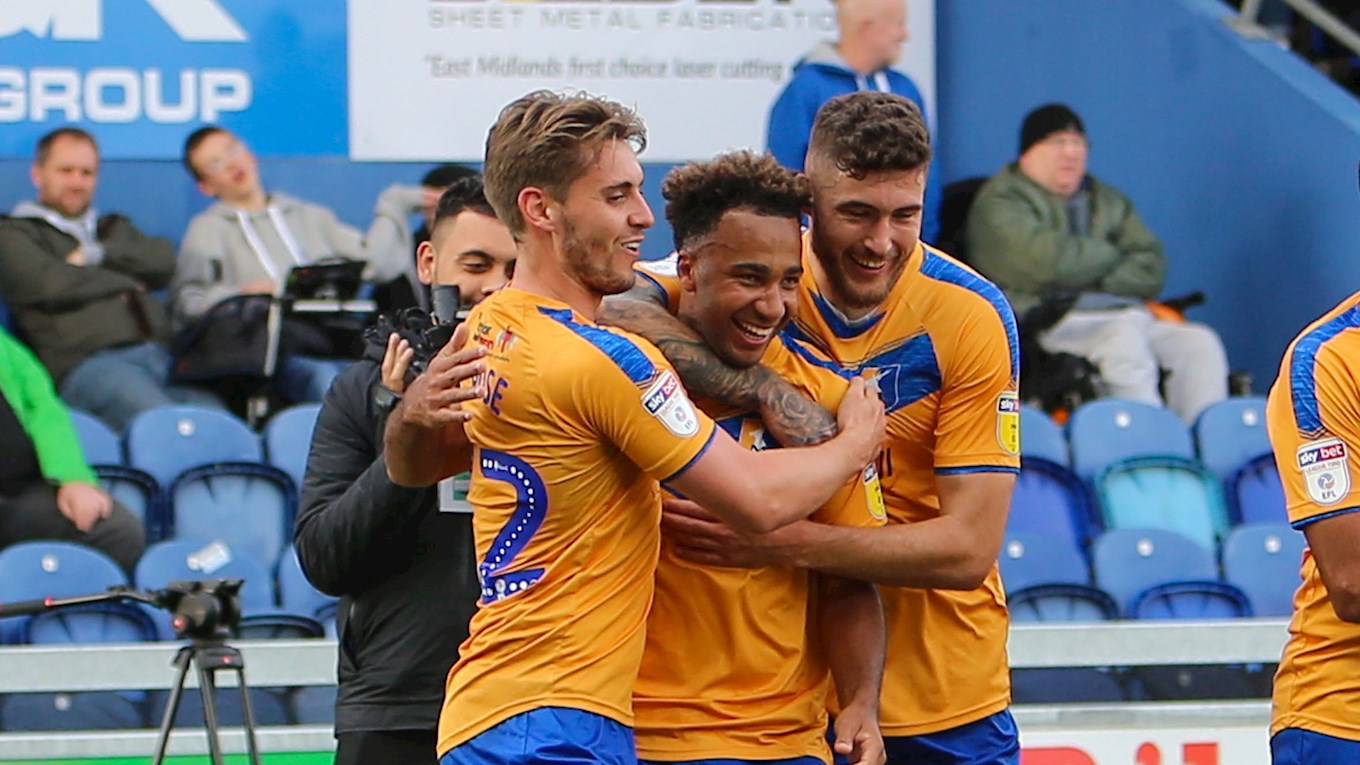 “It proved today, especially with my goals, that it’s something that we’ve worked on so hopefully it can continue throughout the season.

“It’s probably the first time I’ve enjoyed the chances we’ve created. Grimsby was disappointing for me personally because I don’t think I had a shot or chance, then I was substituted for the red card.

“It was frustrating in a way but we know what everyone’s capable of. I’m just happy to get the three points and the match ball.” 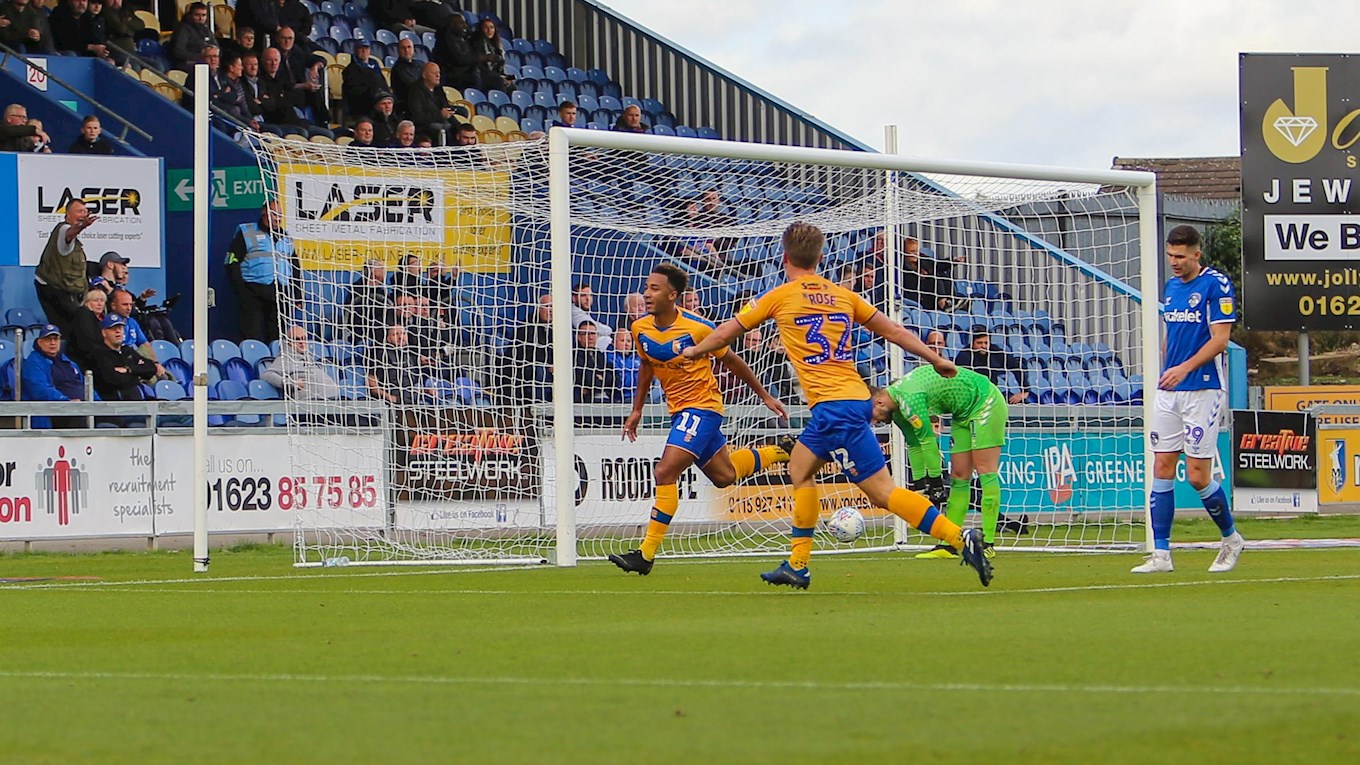 The former West Ham man also joked about where he would keep the match ball following a superb individual display.

“It’ll probably go alongside the other three or four match balls I have,” he said.

“My boys wanted to play around with it but I definitely won’t be letting them do that!

“It was nice to see them here at such a young age, seeing their dad score a hat-trick, I don’t think they’ve seen one yet. I’m happy that I’m scoring goals.”