Stags’ boss John Dempster says that his charges will be going ‘full throttle’ against Oldham Athletic on Saturday, with the aim to secure back-to-back league wins for the first time this season.

The weekend’s clash at One Call Stadium follows Mansfield’s dramatic 1-0 win away at Grimsby last week, in which captain Krystian Pearce stabbed home the winner deep into stoppage time.

The boss says that securing back-to-back league victories would be ‘massive’ in terms of enhancing ‘confidence and belief’ in the squad.

“The players came in on Monday with a real spring in their step [after win at Grimsby],” he told iFollow Stags. “The atmosphere after the game in the dressing room was brilliant. To be on the right end of a late result was fantastic.

“It will enhance confidence and belief. It’s a real opportunity on Saturday. We’ve missed opportunities in the past to go back-to-back – we had an unbelievable chance to do it against Leyton Orient. 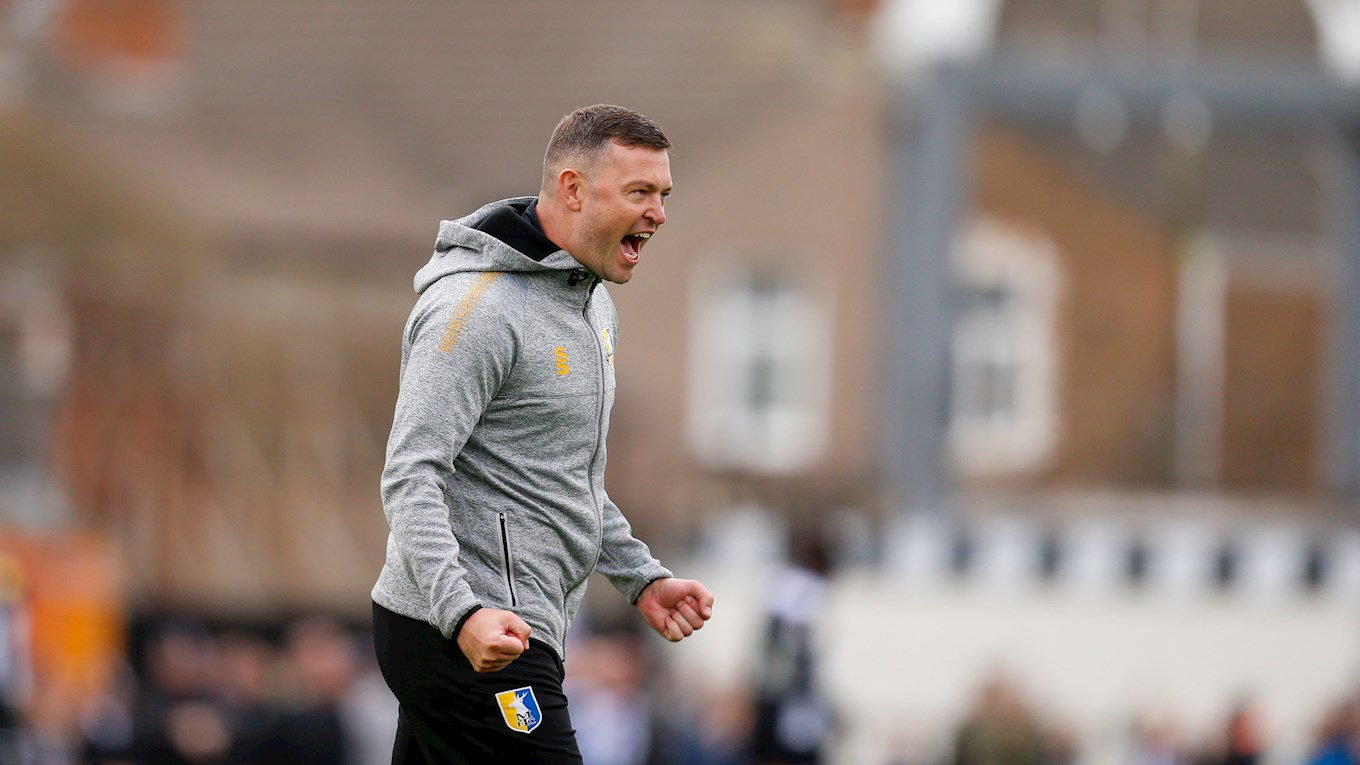 “We’ve been through a lot over the last couple of months – myself included – and we’ll be doing everything on Saturday in front of the home crowd to go back-to-back and get the three points.

“If we’re going to be successful, it [home form] is key. We need to get the supporters off their seat and have our players performing with confidence, freedom and courage.

“We’ll be going full throttle on Saturday. Dino’s [Maamria, Oldham head coach] sides are always hard to beat and are organised, but we’ll be setting up to play on the front foot.

“Oldham have some dangerous players going forward and a bit of experience at the back. They have players who can cause problems if not respected.”

After an injury-plagued start to the campaign, the boss revealed that the amber and blue are edging closer to a fully fit squad for the first time this season.

“Willem [Tomlinson] is okay and will train this morning,” he added. “He wasn’t feeling great but he wanted to play [against Crewe]. He struggled physically, I think you could see that. 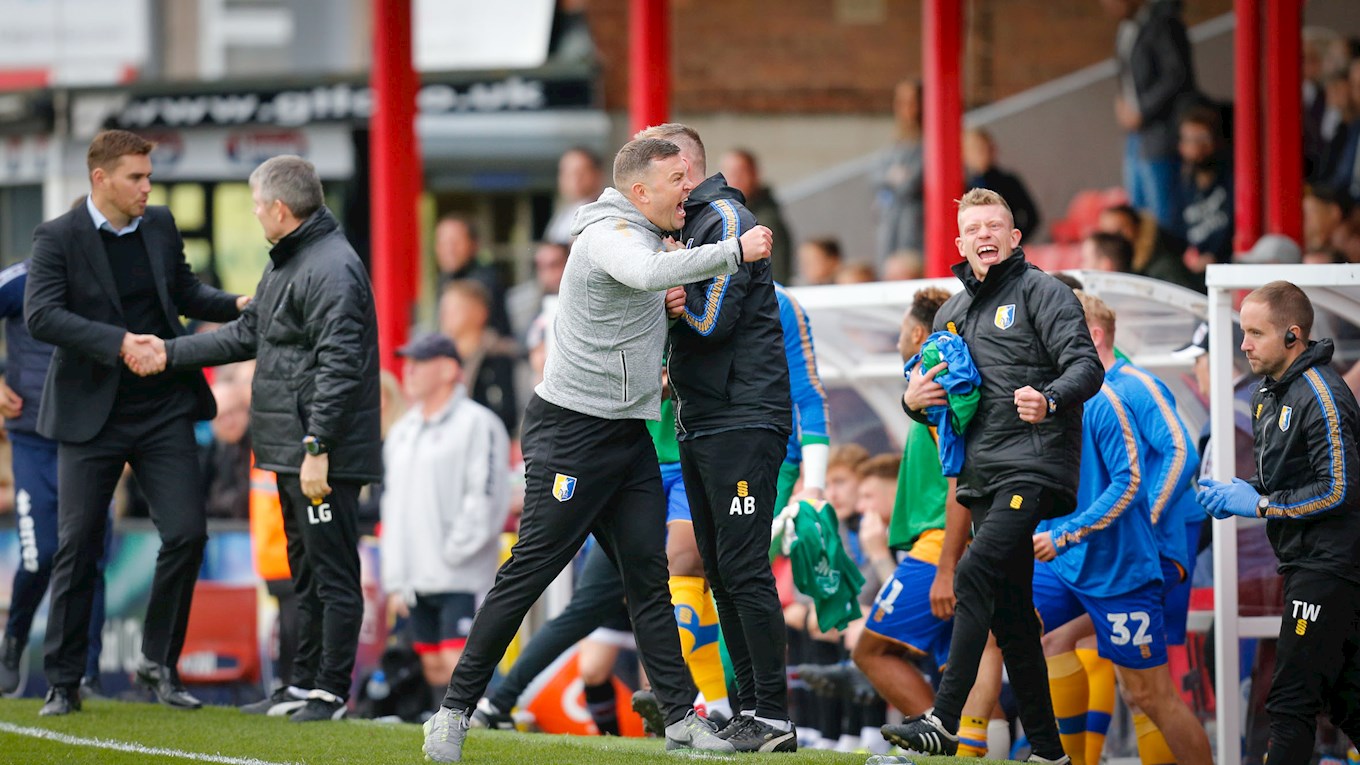 “Mells [Jacob Mellis] has tweaked his hamstring slightly. It’s not as bad as first feared, but he’ll be with the medical staff this morning who will re-evaluate him.

“Neither are major issues or injuries, and we’re starting to get the squad back to full strength. Matty Preston comes back and is available for Forest Green and Jordan Graham is back training.

“Davo [Craig Davies] will be the last to return. He’s coming along well and I expect him to be back with the group over the next week-and-a-half possibly.

“For the first time this season, we could be at full strength in the next week or so, which is massive.

“We’re a strong squad that needs to be together, at full strength, to be at our best. We’re a group of players who need to do better over the forthcoming weeks.”

After 17-year-old Jimmy Knowles netted his first senior goal for the Stags in Tuesday’s 1-1 Leasing.com Trophy draw with Crewe Alexandra, the boss was full of praise for the forward, citing his ‘attitude’ and ‘work rate’ as the reason for his success at such a young age.

“It was like seeing your little brother score [on Tuesday]. Jimmy is someone that I think a lot of, as a person as well as a young player.

“It was only a couple of years ago when I made the phone call to his dad, after he was released from Nottingham Forest.

“After a couple of trial sessions, it was evident that Jimmy was a real talent. The first training session we did with him, he was scoring goals left, right and centre.

“Since he’s come into the building, his attitude towards his gym work and the way he conducts himself on a daily basis is second to none. He is somebody who has a real chance. 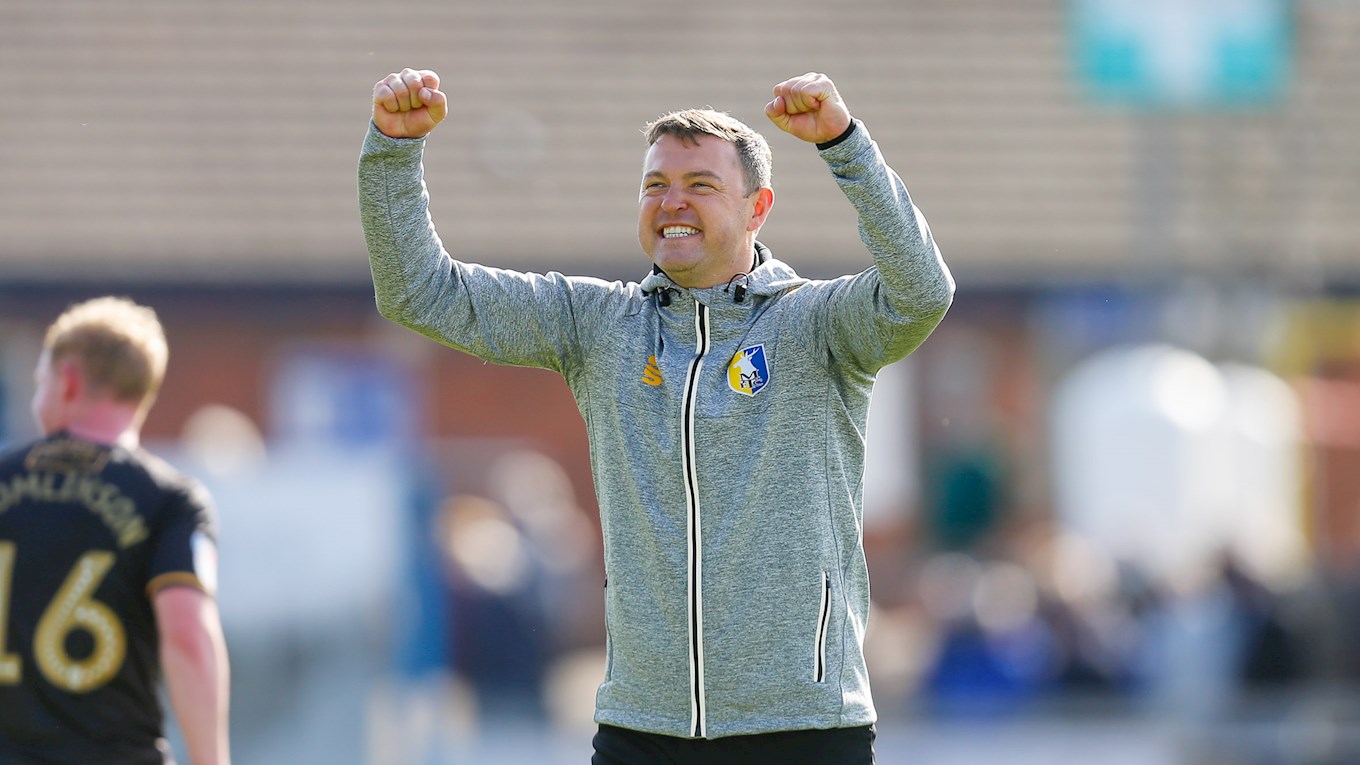 “We’ve had a bit of informal interest in Jimmy from Premier League clubs and a Championship club so he’s creating a real stir.

“When he’s not involved in the first team, he’s banging in goals left, right and centre for the under-18s.

“He needs to do more of the same of what he’s already doing. His work rate is phenomenal and he’s hungry.

“He trains with the first team every day. One of the reasons he hasn’t been on the bench every week is we want him to continue playing football [with the under-18s].”

On World Mental Health Day, the boss issued an ‘it’s good to talk’ message, saying: “Drewe [Broughton] is here to help improve performance. But there is a difference between mental health and the players being in the right frame of mind to win a football match.

“There are serious issues in the game with mental health. Quite a few of my former teammates have found themselves in rehab during or after their careers, Drewe being one of them.

“When you look at the suicide rate for young males under 40, it’s alarming. It’s important for people to realise that it’s good to talk.

“Just having a cup of coffee with your mate and having a chat about how you’re feeling, or if you’re struggling to deal with something, is important.

“I’m fully aware of how important it is today and it’s great that there is a day that broadens awareness of the issues in today’s society. As human beings it’s important that we support each other.”