Although stating his belief that the Stags were the better side in tonight’s loss to Salford, manager John Dempster says he is ‘very frustrated’ at the two goals his team conceded at One Call Stadium.

The boss says he is left with a feeling of ‘disappointment’ after his side conceded two goals against the run of play and squandered a number of good opportunities late on.

“I think the best team lost,” he told iFollow Stags. “It was disappointing to concede that first goal because it was from a boot down the pitch.

“The second goal was a throw-in high up and it’s just basics that we can do a lot better with. To find ourselves 2-0 down at home is shocking.

“We have to be better in our defensive box, but the amount of shots we’ve had and opportunities to get a decent cross in, we should score more.

“I’m very frustrated. I think in general play, if we play like that, we’ll dominate teams. We dominated Salford tonight but we can’t defend like that and concede goals like that. 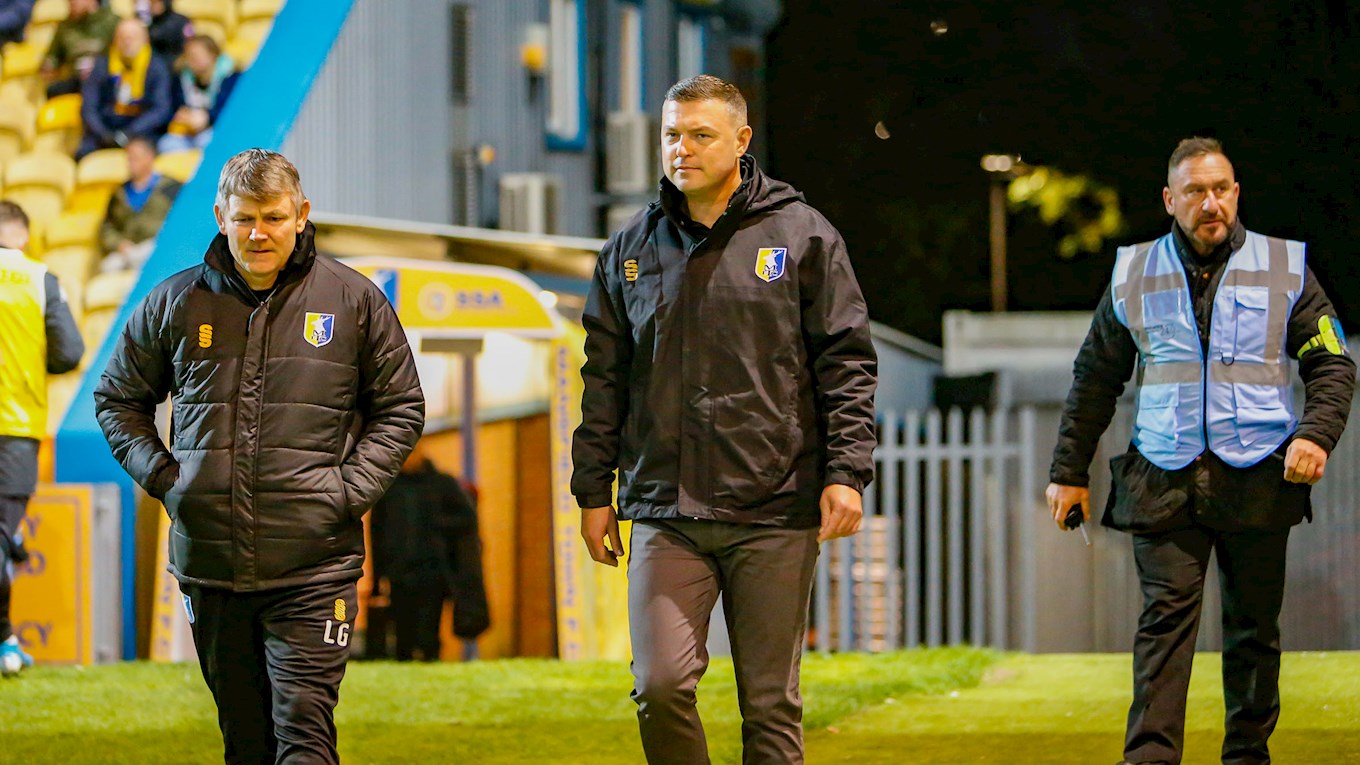 “The two goals were so easy for them to find themselves two up and we were trying so hard to get the ball in the back of the net. That’s what the difference was tonight.

“I think Salford will be rubbing their hands together and thinking it’s smash and grab.

“Some of our play was good but when you’re vulnerable and concede goals, to say I’m disappointed is an understatement.

“As it turned out, we created the opportunities but didn’t take them. It’s difficult because we’ve been dominant.

“Salford came tonight and had a game plan – we’ve been very naïve and not good enough in both boxes.”

The manager made one alteration to the side during the match, with West Ham loanee Dapo Afolayan replacing midfielder Alex MacDonald. 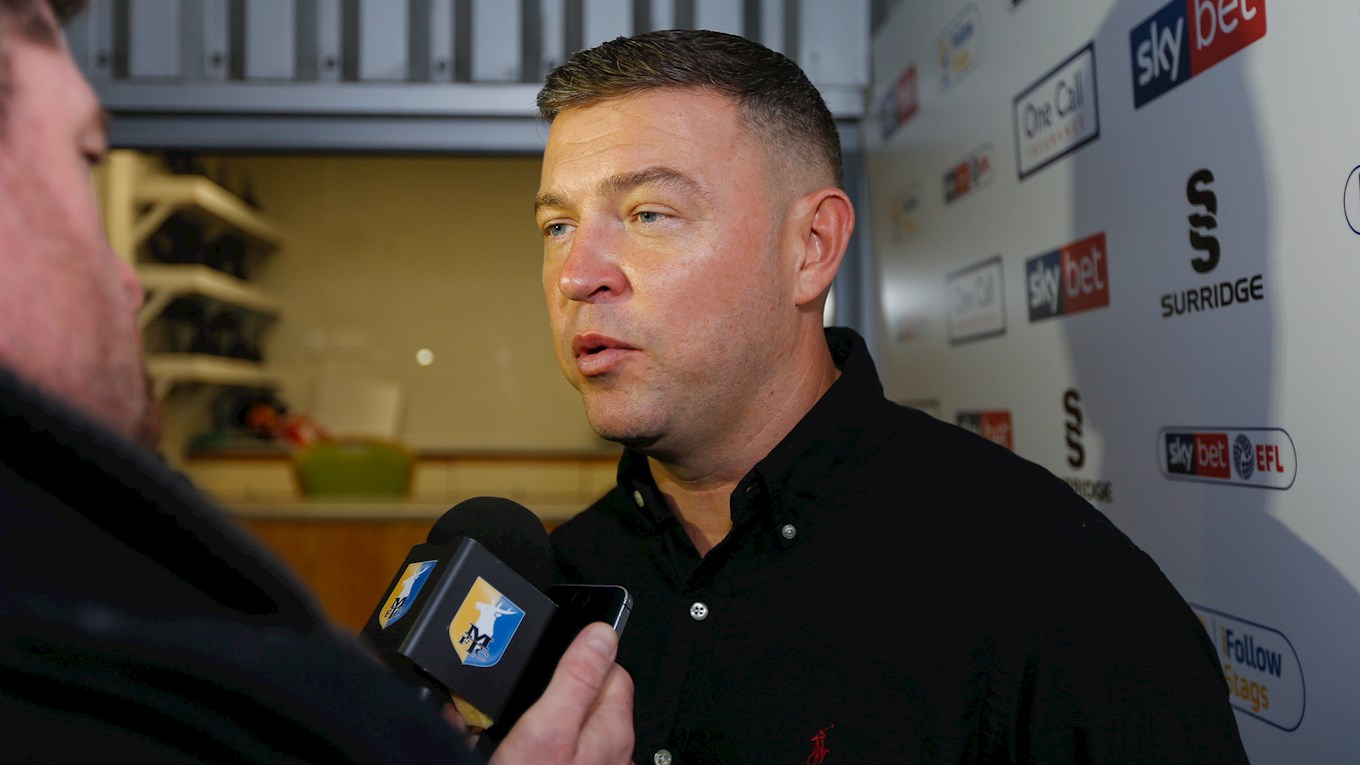 “You’re always considering [making more changes],” said the boss. “But if you feel that the game is going a certain way and you’re going to create chances and score goals, you have to be brave and stick with it.

“As it turned out, I was right because we did create chances. But we didn’t put the ball in the back of the net.

“I’m sure of the substitutes will be disappointed not to be able to get on and affect the game, but as a manager you have to make certain decisions which you live and die by.”

John Dempster also spoke of the Mansfield supporters, who he understands will be disappointed after this evening’s defeat.

“We will [get a run together]. We’ll keep going. We’re not going to win every football match that we compete in but it’s always disappointing to lose at home.

“But they also expect to see their team win at home, week in, week out, and tonight we’ve fallen short of that.”