Stags’ boss John Dempster described his side’s display as a ‘performance to be proud of’ as they recorded an emphatic 6-1 victory at home to Oldham this afternoon.

A hat-trick from Nicky Maynard in the opening period was added to by second-half strikes from Mal Benning, Dapo Afolayan and Jimmy Knowles – the latter’s first ever league goal.

The Latics were hindered by a double sending off to Tomas Egert and Filipe Morais in the first-half, with the Stags leading 2-0 at the time.

The Mansfield manager spoke of his side’s ‘outstanding performance’ post-match, adding his delight of seeing 17-year-old forward Knowles net for the first time in league matters for the Stags.

“It was an outstanding performance which we have felt has been coming over the last month or so,” said the boss. “People will look at the result and see that there were two red cards, but make no mistake we were outstanding when it was 11 versus 11.

“We were on the front foot and were full throttle. I’m pleased for everyone involved today, but if I had to pick out two players it would be Nicky Maynard for his hat-trick and of course, the icing on the cake was Jimmy Knowles getting his first league goal.

“I’m chuffed to bits for him [Knowles] and all his family that were here watching. Hopefully that will be the first of many. 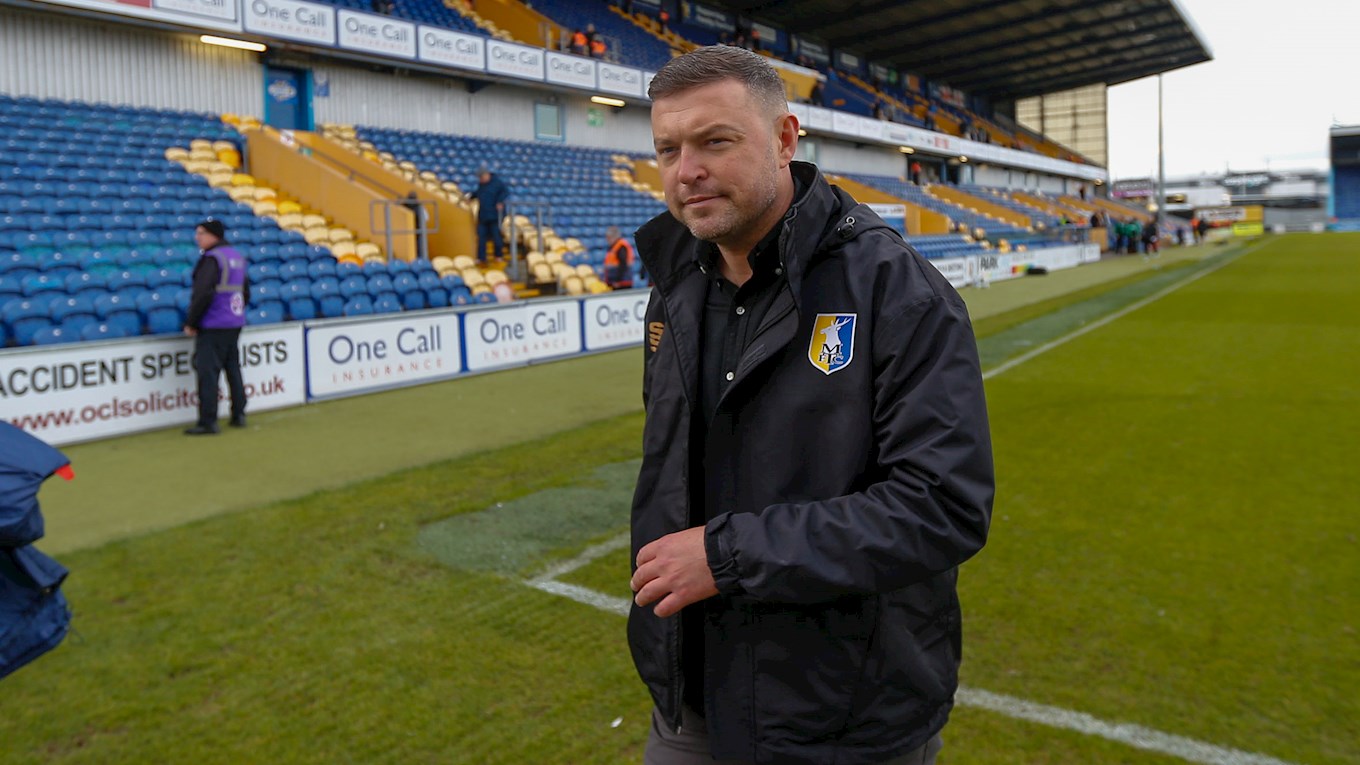 “The performance [pleased me most]. It was a performance to be proud of and one that we felt was coming.

“Hopefully now, we’ll start transforming the doubters into believers. It’s not going to happen overnight, but that’s something I’m passionate about doing.

“We can be a force this season, but if we are going to be a force, we’ll be together – the supporters, the players, the staff, the board – everybody here.

“Let’s stick together, change that doubt into belief, and let’s go to Forest Green and do our best.”

John Dempster also described what the emphatic nature of today’s victory means for his troops: “It [victory] backs up what the staff and I have been saying about what’s needed to win football matches. 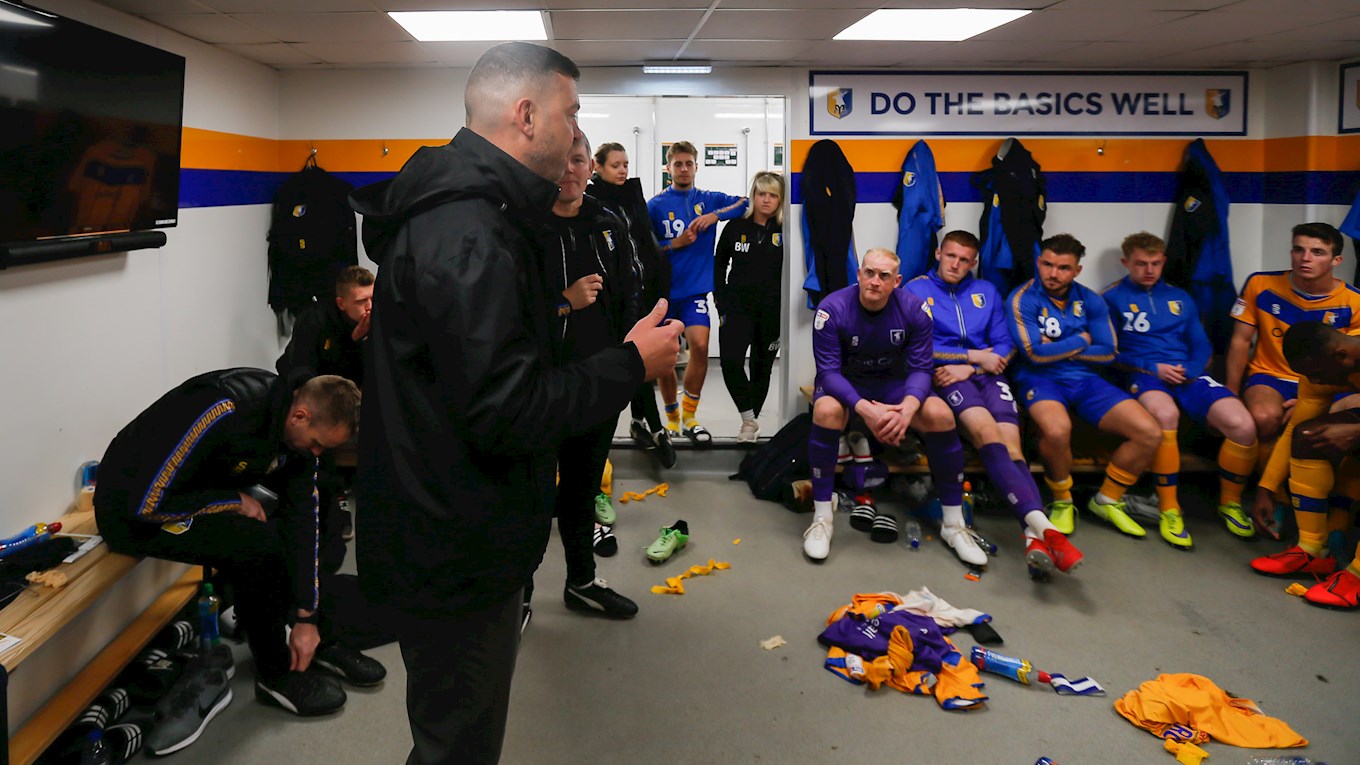 “It gives the players belief and emphasises that, if we play to our potential and give everything, we’ll be a match for anyone.

After opting for a back-three formation for most of the campaign, the Mansfield chief altered his lineup to start with a 4-4-2 this afternoon, something he says may have had an impact on the final result.

“I think Oldham would have expected a back three so it might have taken them by surprise [that we lined up 4-4-2].

“But formations mean nothing unless you have that spirit and drive – those are your foundations for any game.

“It [formation] did have an impact because we had Macca [Alex MacDonald, below] and Otis [Khan] going into pockets and our full-backs out wide. 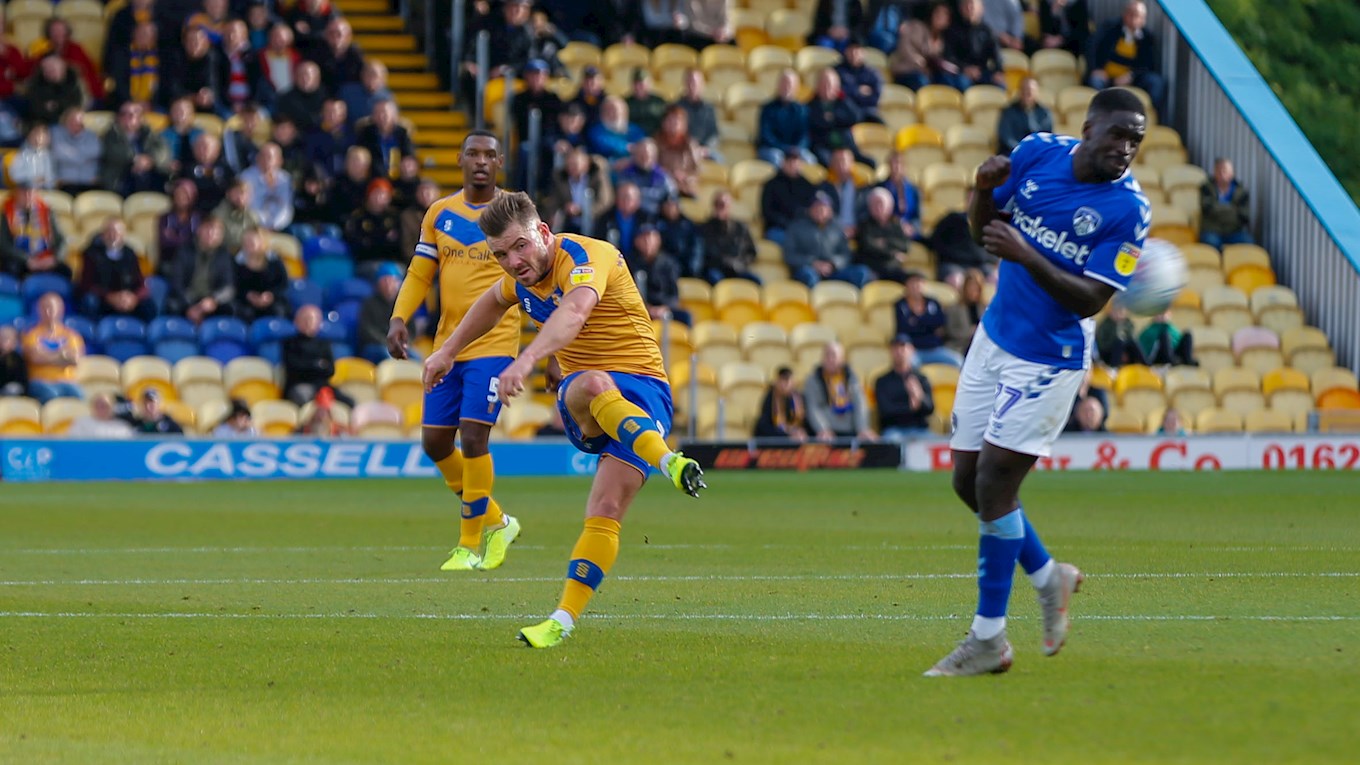 “The players that started the game were creative and the players that came on continued that. I think Oldham would be first to admit that they found it difficult to handle.”

Speaking of Oldham’s double sending off in the first-half, the boss praised the actions of referee Lee Swabey, who he says ‘handled it well.’

“I’d have to see it [Tomas Egert challenge back]. I wasn’t happy with the challenge when I first saw it.

“It was a bit of a bizarre situation which you don’t often see, but I think the referee handled it well.

“It would have been easy to overlook one of the offences, but he has to play to the rules, and I think he did that.”