Stags’ boss John Dempster has praised the ‘fantastic character’ shown by his side, as they overturned a 2-0 deficit to earn a point away at Forest Green Rovers.

Mansfield faced an uphill battle on 61 minutes when Jack Aitchison doubled the home advantage, but a brace from substitute Andy Cook restored parity.

Although conceding that his side ‘lacked quality’ this afternoon, the boss was pleased with how his charges fought back to ensure they did not leave The New Lawn empty-handed.

“After the hour, we were disappointed,” he told iFollow Stags. “Over the 90 minutes our quality was severely lacking and the players held their hands up for that.

“Good teams pick up points when they play poorly and in the second-half we were better. It was great for Cooky [Andy Cook] to come on, perform like he did and get the two goals.

“We were lacking in quality today, but what fantastic character to come back the way we did. It’s a good point on the road. 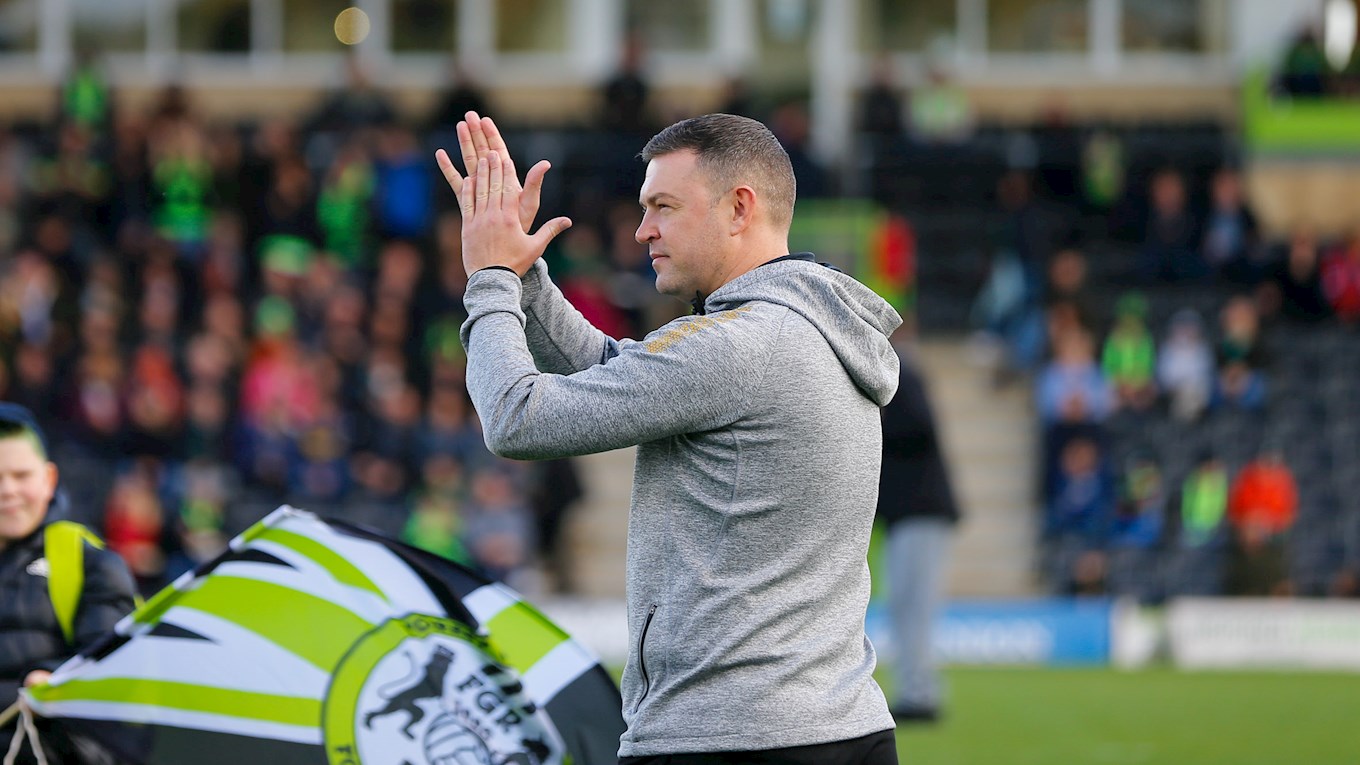 “Character is important in any team if they are to be successful and that was there in abundance today.

“We wanted to attack Forest Green, but the way Forest Green played and passed the ball, we couldn’t get bodies up the pitch.

“I thought they [Forest Green] were a very good side and probably one of the best sides we’ve played all season. They are a very young side who are talented on the ball.

“It’s a good point which we would have certainly taken after the hour. They showed real character and Cooky showed his quality.

“For large parts of the game, Forest Green were in the ascendancy, but that said, we could have won it. Cooky had a snapshot on the edge of the box and their ‘keeper pulled off a really good save. 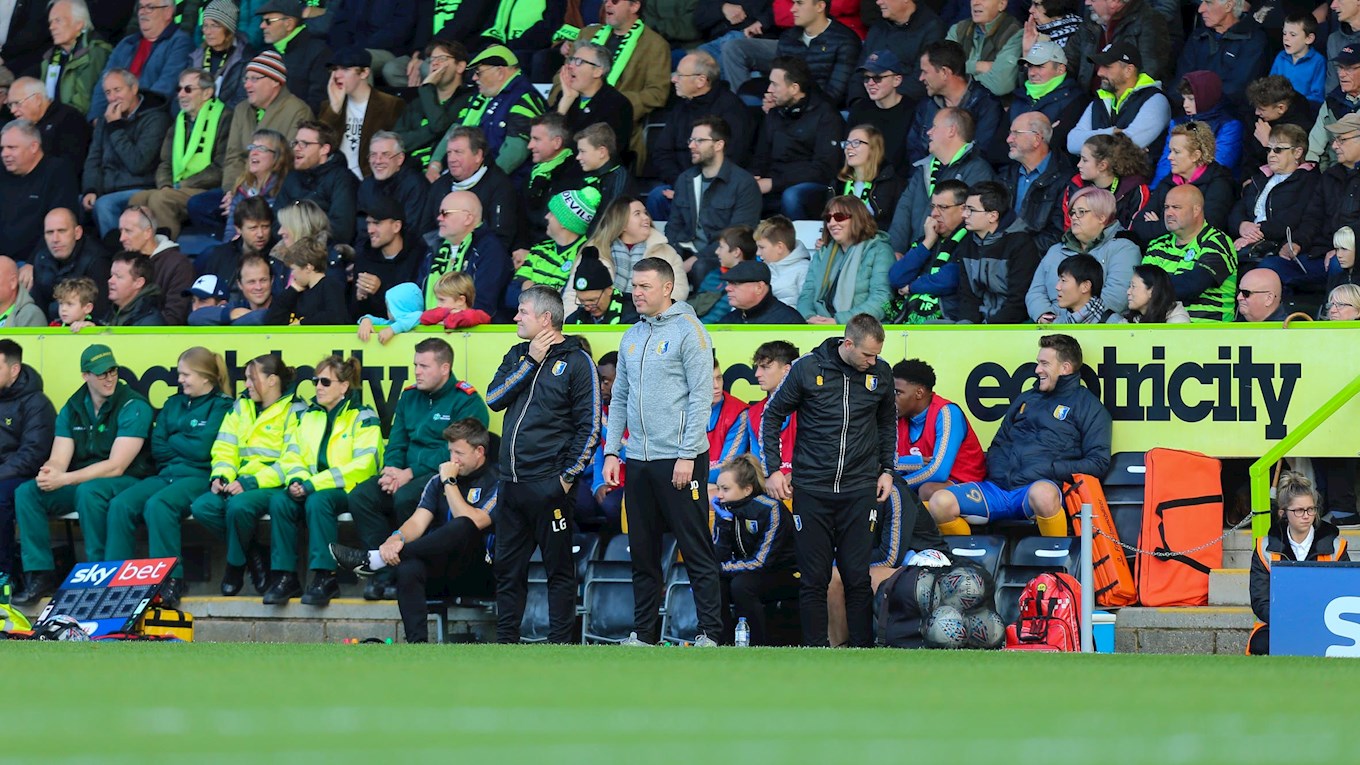 “The lads know that the quality was lacking. But we spoke in previous weeks about being a team that can pick up points when we’re not at our best. Today was certainly an example of that.”

The manager emphasised that his side must improve on the ‘basics’ if they are to see an increase in performance levels from today’s encounter against Forest Green.

“We have a big game on Tuesday night [against Salford] where we can hopefully perform better and pick up some more points,” he added.

“It’s about doing the basics well and in the first 50 to 60 minutes today we didn’t do them very well.

“We didn’t really link up like we can or pass the ball with any purpose or quality. If we do that better on Tuesday night, the performance will be better and it will give us a good opportunity of picking more points up.” 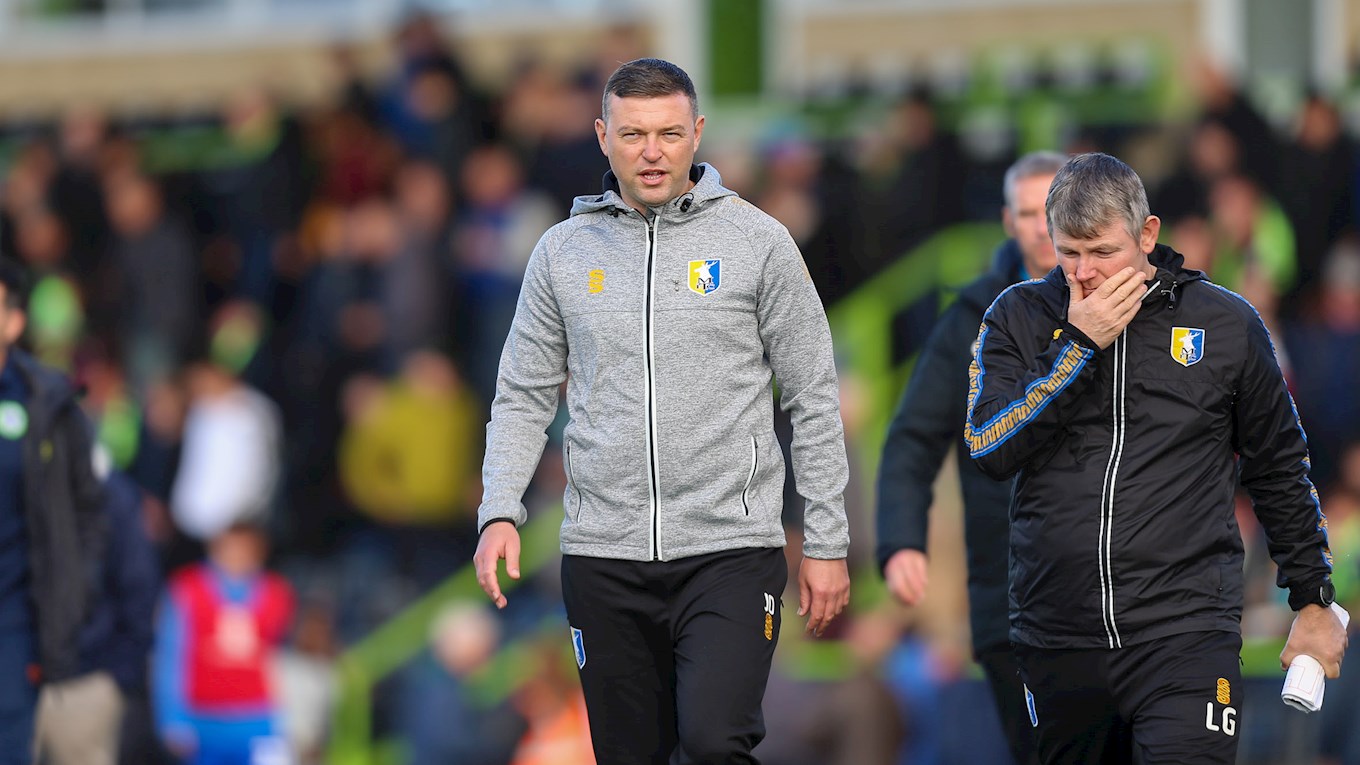 “I want to see the same character [against Salford] but the quality levels need to go up. Salford will be a different test to Forest Green.”

Prior to the match at The New Lawn, it was confirmed that top scorer Danny Rose will be sidelined for four to six weeks with an ankle injury. The boss explained how the injury occurred, saying: “We got Danny out on the training field on Thursday, which was a massive positive as he had been feeling his groin.

“The medical team managed to get him out on Thursday and he felt really good. We were doing a crossing and finishing drill and he went over on his ankle unopposed and he was in quite severe pain.

“We got him off the [training] pitch right away and got him in for a scan. Unfortunately, it looks like it will be four to six weeks at least because there is quite a lot of ankle damage.

“I’m disappointed for Danny [Rose] because it’s a real blow for him as he’s up there with the top scorers in League Two.” 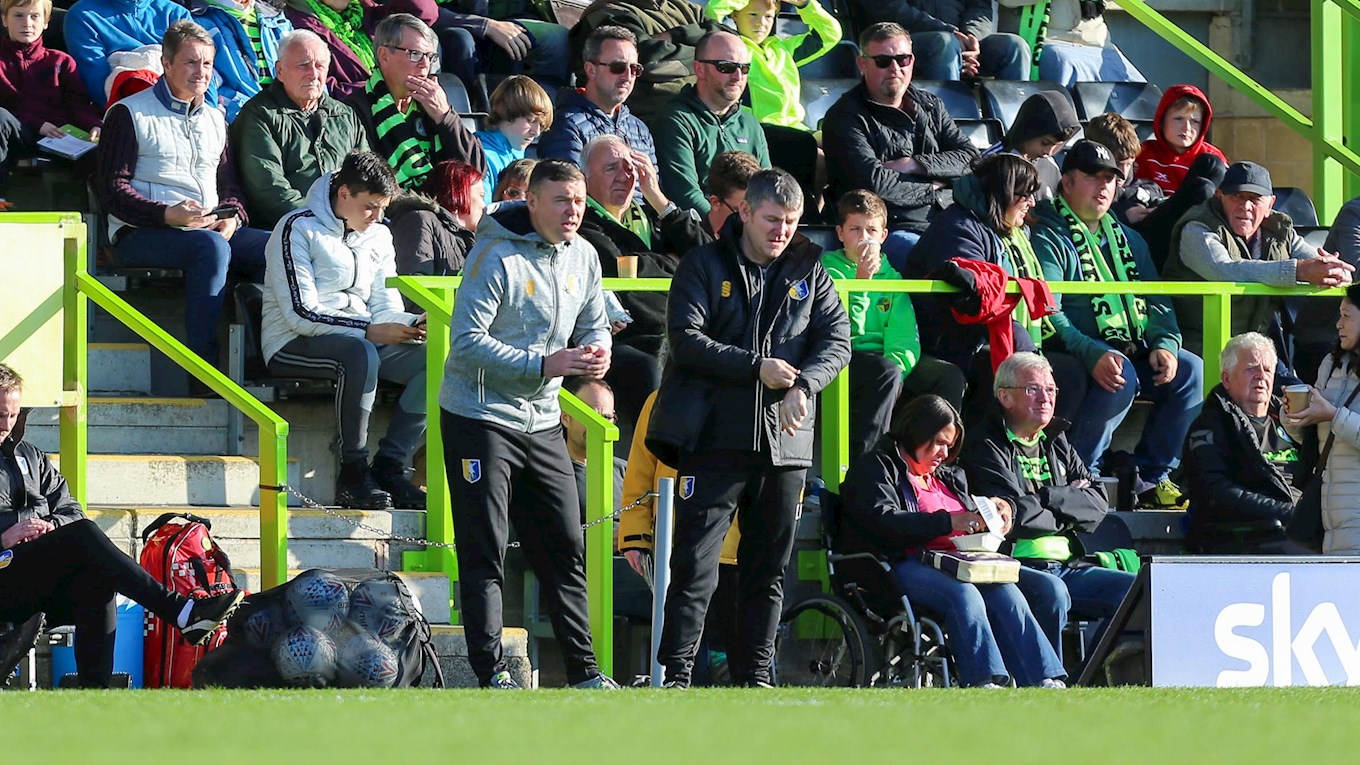 Midfielder Alex MacDonald was another absentee from the matchday squad, with John Dempster expecting the former Oxford United man to return to training on Monday.

“We’re hoping that Macca [Alex MacDonald] will train on Monday. He’s been a player who has been very consistent this season.

“He is somebody that brings a lot to the party on and off the pitch. He will hopefully train on Monday and if he does, he’ll be in contention for Tuesday night [against Salford].”