John Dempster’s men secured their third league win of the campaign as Pearce - known as 'The Chief' - stabbed home a 96th minute goal to earn three vital points for the amber and blue.
Stags had to march to victory with ten men following a controversial red-card to defender Hayden White on the stroke of the hour.
Speaking just minutes after the full-time whistle, skipper Pearce said that the win was merited.
“I think it was a typical hard-fought away performance,” commented the 29-year-old. 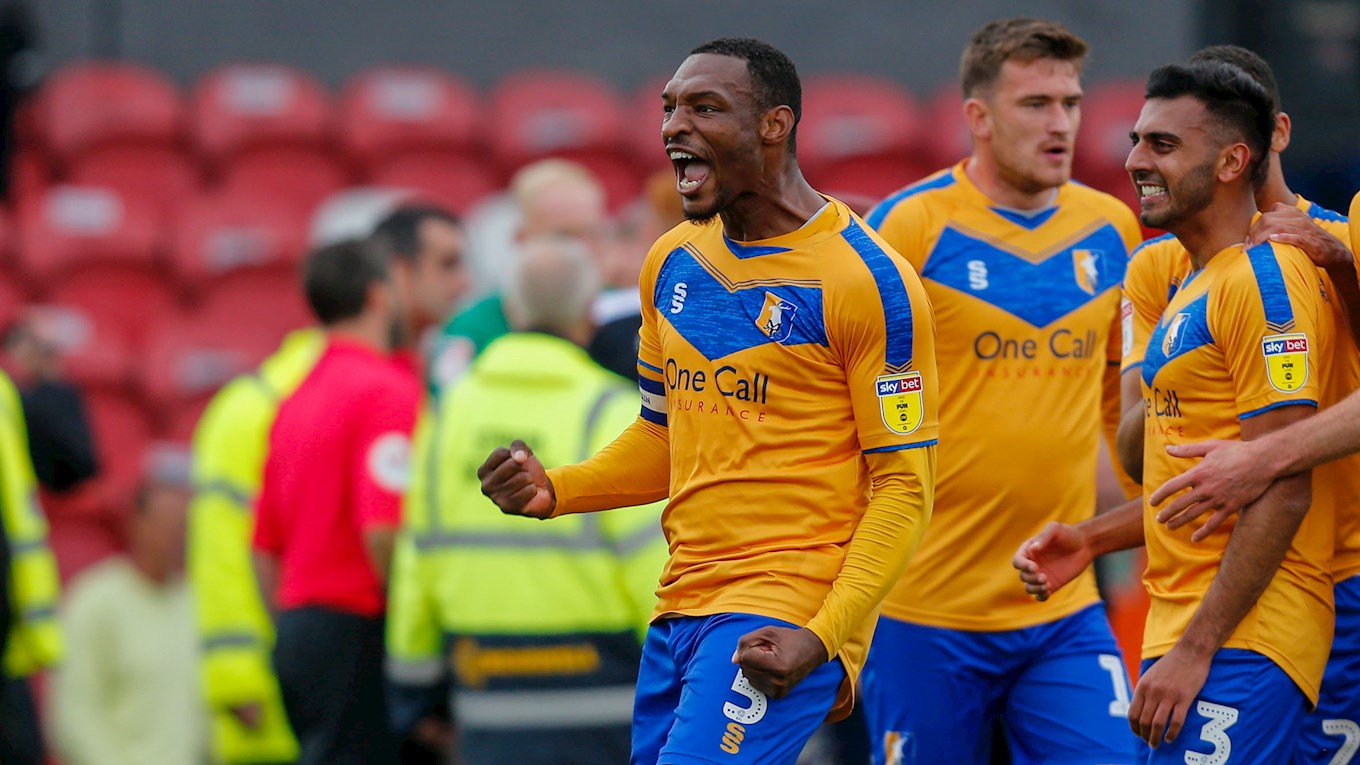 “We felt that we deserved all three points. The first half was a cagey affair, but we know it only takes one chance, as long as we stay organised, and luckily we took our chance.

"We were organised, had a good game plan which we worked on all week. It nullified their strengths and even with ten men we were able to incorporate our game plan to get the three points."

Reflecting on his decisive goal, he said: "It just fell to me at the right time and it was there to be hit. Luckily, I took it. It was a great moment.
"It’s always good to score the winning goal away from home in a scrappy 1-0 win. As a centre-back, it’s the ideal situation. Those ‘horrible’ 1-0 away wins are personally my favourite, so to get the goal as well, it’s just what you need. 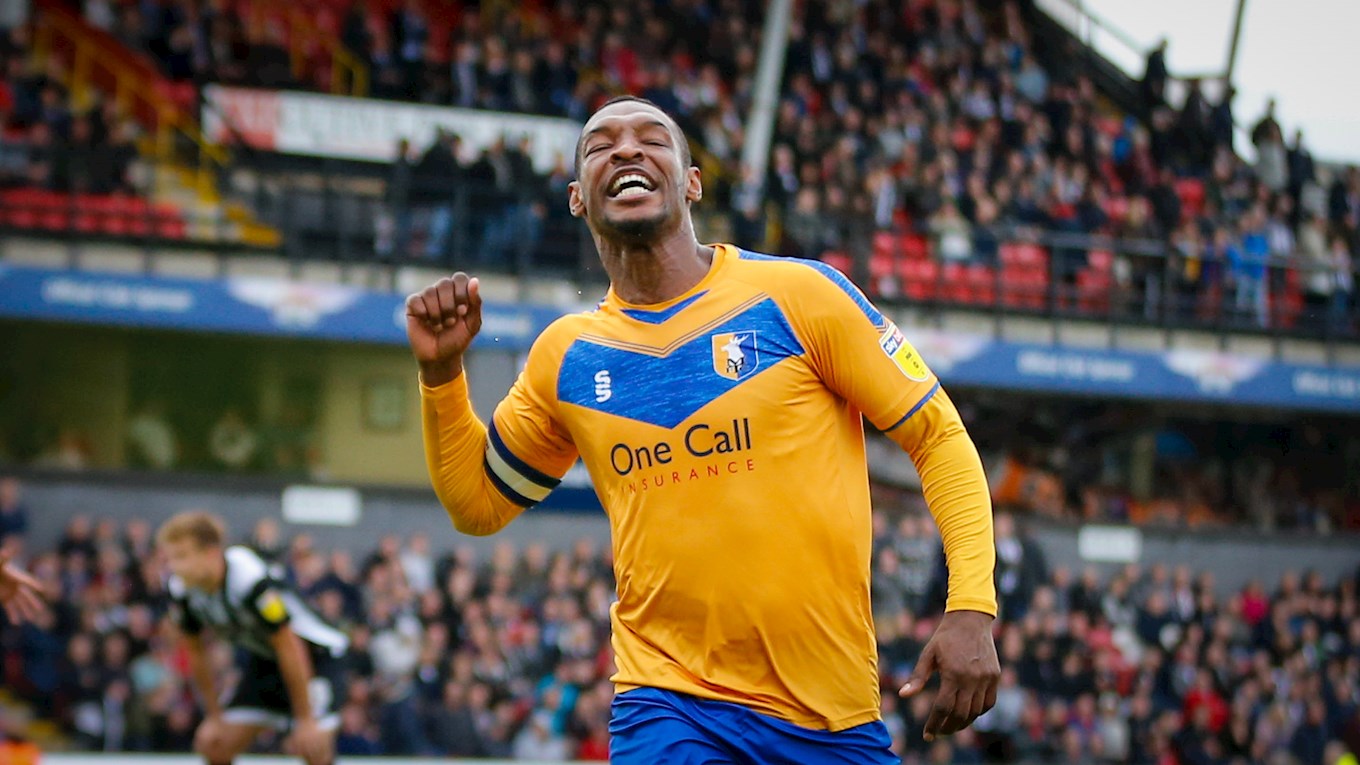 "Everyone knows that I’m a passionate player.  I wear my heart on my sleeve and try and give my all every game."

A measured then Pearce wants the win to act as a springboard to launch the Stags' campaign into life.

"It’s still very early in the season so we’re not going to get carried away. We’ll keep plugging away and working hard on the training pitch and hopefully results will come. 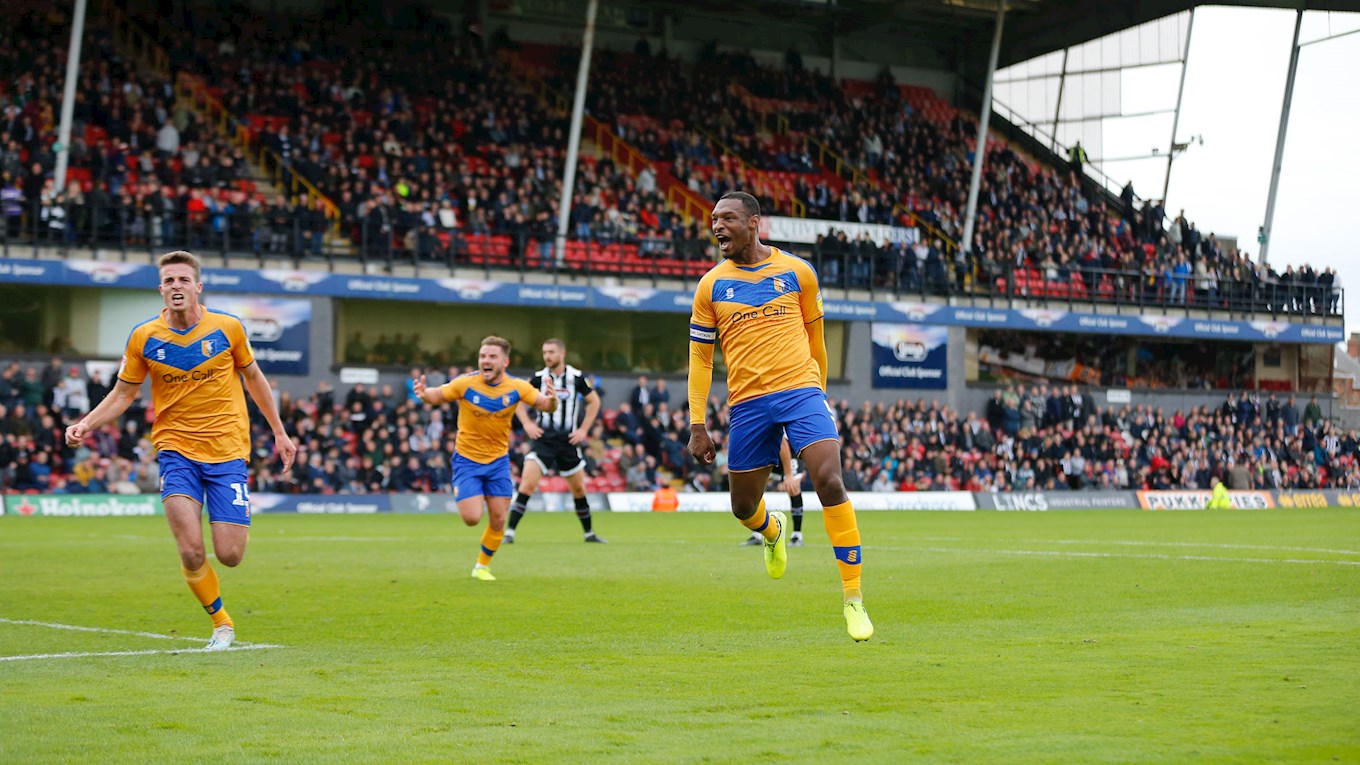 "We’ve been unlucky in recent weeks. Performances have improved, but results haven’t. But I think today we got the result that our performance deserved
"We’ve been waiting for that result to kick-start our season, so hopefully that’s the kick-start we needed.
"The boys have been quietly confident throughout the recent couple of games that we’ve had, but we’ve just not had the results.  Now we have a good result we can build on it."