Forward Dapo Afolayan maintained that Mansfield Town’s quality shone through against Oldham Athletic, regardless of their two-man advantage after both Tomas Egert and Filipe Morais were dismissed.

The West Ham loanee climbed off the bench on the hour mark, replacing midfielder Alex MacDonald, to make an immediate impact against the Latics.

He initially took just six minutes to find the back of the net against his former club, before winning a penalty that was duly converted by 17-year-old Jimmy Knowles for his first goal in Sky Bet League Two.

And while two red cards were brandished in quick succession to the visitors, Afolayan remained adamant that a big victory was still entirely possible without either.

“Before they went down to nine men we dominated the game,” he began.

“We were two goals up, pressing them, creating chances and I felt like we were the better team eleven versus eleven. It’s the best we’ve played since I’ve been here. 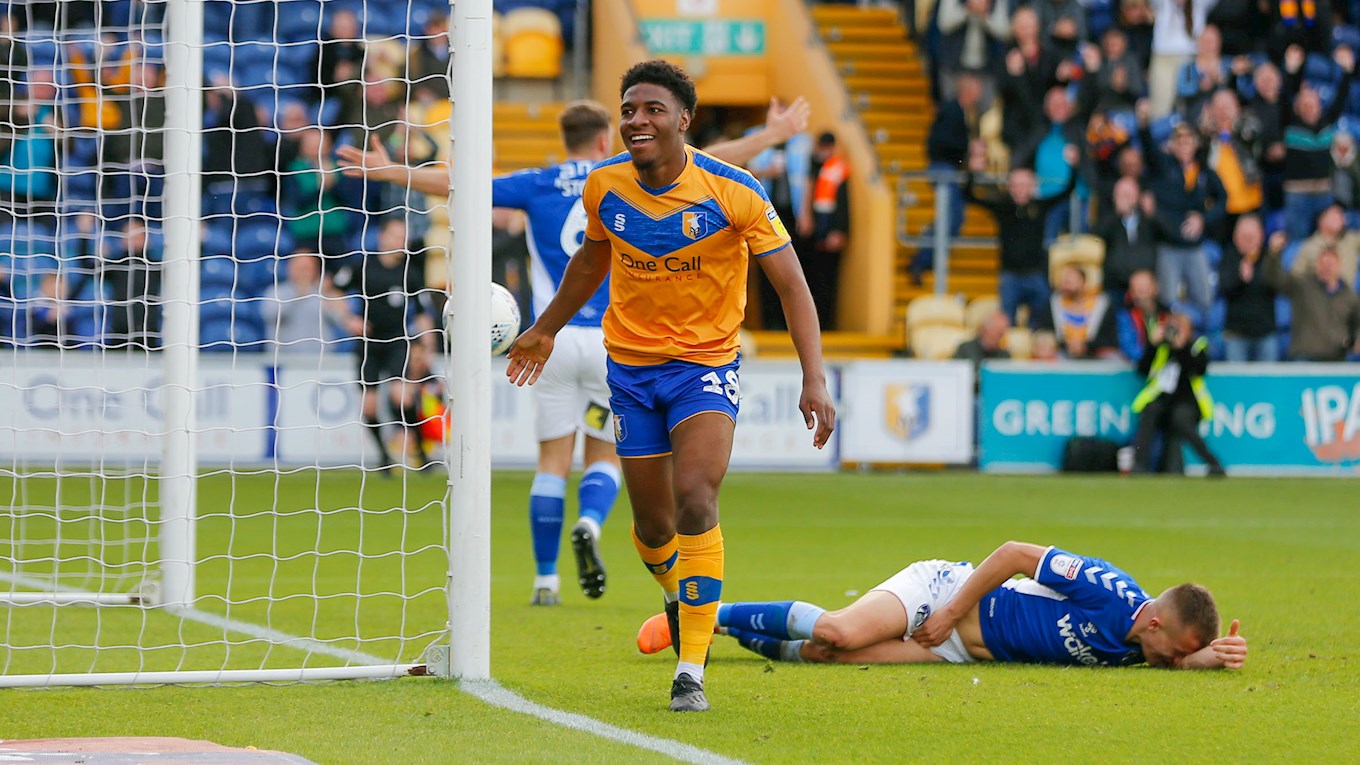 “Obviously, people will look at how many players they had, but no matter what we probably would have run the score up anyway.

“The Stags fans were great, they’re always great here. It’s always nice to have their support and coming off you can see the appreciation they had for us.”

The 22-year-old also paid homage to striker Nicky Maynard, whose fine, individual run from the halfway line eventually teed up the frontman to net his first goal for Mansfield.

“He did really well. He worked hard to get the ball from the halfway line. I just knew I had to keep myself onside.

“He almost put it too wide for me but luckily I was quick enough to get there!

“It’s nice to get my first goal for Mansfield but the Oldham fans were unbelievable today.

“Considering they lost 6-1, they were probably the best set of fans I’ve seen here today.

“I feel sorry for them in the way the game panned out but for us it’s brilliant to get back-to-back wins. It feels like we could go on a roll now.” 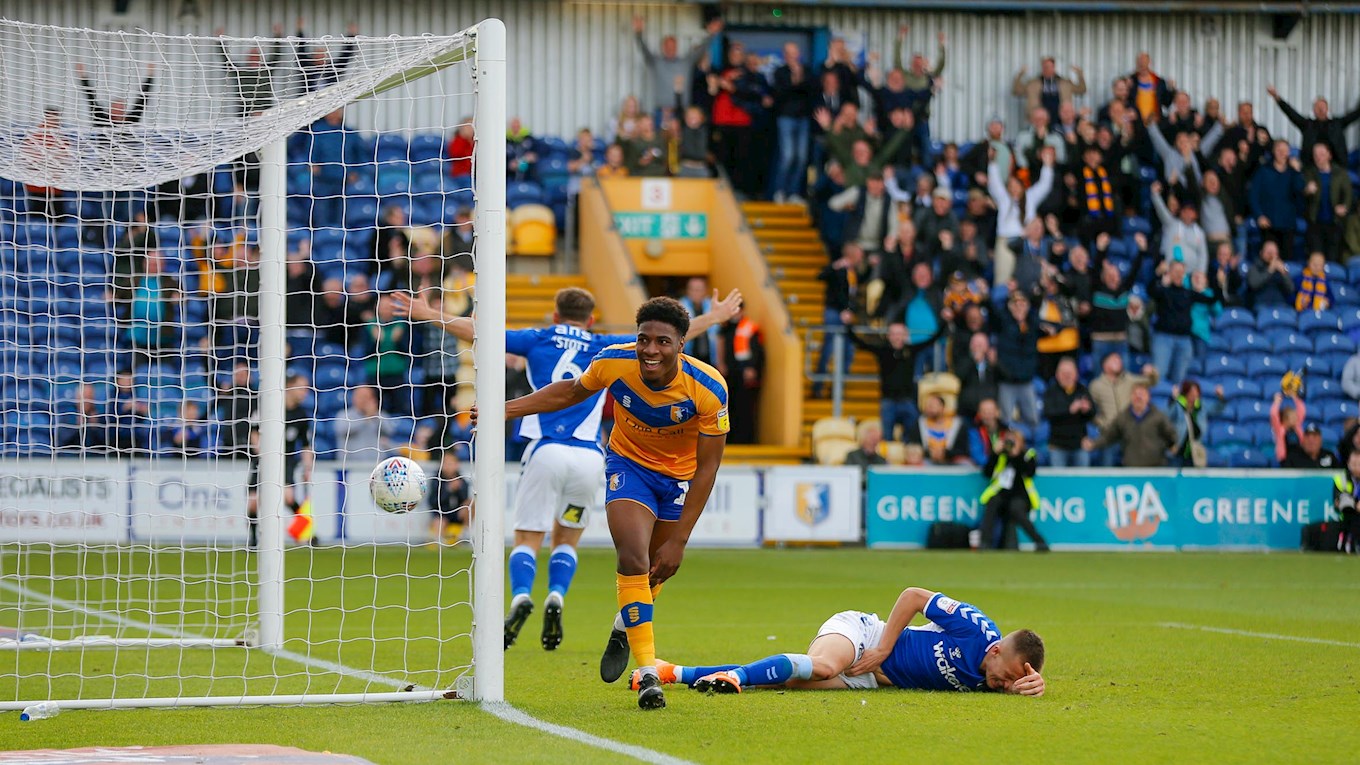 The former Solihull Moors man recognises the Stags’ recent upturn in form as they look towards an away trip to face Forest Green Rovers in Sky Bet League Two, next Saturday.

“It [the win] gives us massive confidence,” Afolayan continued. “We know that the start to the season wasn’t the best, we have too much quality to be where we are.

“We have some good fixtures coming up and teams will start looking at our form and fearing us.

“We need to go to Forest Green now and cement the performances we’ve been having recently.

“Get another win and see where it takes us. The games coming thick and fast will help us because we’re in great form at the minute."