Midfielder Alistair Smith labelled his first league start for Mansfield Town as a ‘big occasion’ after producing a solid individual display at the County Ground.

Swindon Town opened the scoring through Eoin Doyle’s 17th of the season midway through the opening period, leaving the Stags a one-goal deficit to overturn.

John Dempster’s side returned from the break in relentless fashion, carving out chances in abundance, yet were unable to register an equaliser in Wiltshire.

But aside from the result, Smith felt pleased with his own performance as he was handed the full 90 minutes by his manager.

“I enjoyed it. It was good to be out there playing the full 90 minutes and with the crowd it felt like a big occasion for me,” he detailed for iFollow Stags.

“I’m in my fifth year with Mansfield so I’m happy to have finally stepped out and made that league appearance.

“I put myself about and gave it everything I’ve got – that’s all I can do at the end of the day.

The 20-year-old also believes that his side’s luck will turn should they continue to perform in the same manner as they did on Saturday afternoon.

“At the end of the day it’s a results business so they aren’t in the changing rooms smiling just because the performance was improved in the second half. 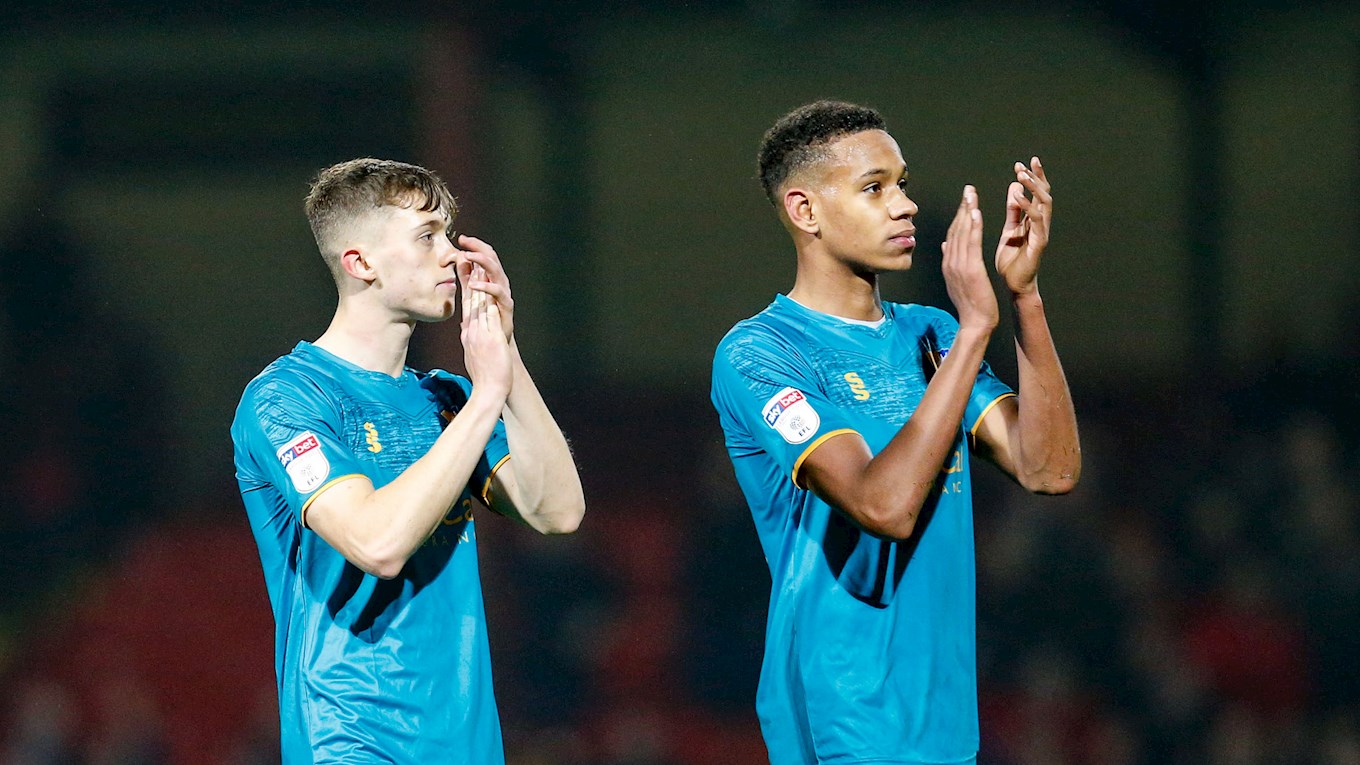 “Nobody’s happy but we have to go again, we have no other choice. The luck will turn eventually.

“We went toe-to-toe [with Swindon]. They’ve set the standard and I don’t think we’re a million miles off them.

“I really do think it’s going to change and we’ll pick up wins if we keep playing like this."

The academy graduate believes his side exhibited their attacking intent throughout the contest, despite being unable to find the back of the net.

“We’ve carved out some great opportunities through slick football, which I know we’re all capable of, it’s just one of them days where it doesn’t go in,” Smith continued.

“I felt like we looked fluid in possession and comfortable on the ball – it wasn’t defensive at all. The gaffer gave us freedom to go out and play, which we showed with the opportunities created.

“I was told to go out and enjoy myself, but also to keep doing what I’m doing. Don’t overcomplicate things with the surroundings and I think I did that today.”