Defender Matt Preston believes Mansfield Town had enough chances to emerge victorious against Macclesfield Town but remained upbeat with their sixth clean sheet of the season.

The Stags were forced to settle for a point at Moss Rose after several presentable opportunities were unable to be converted.

Striker Nicky Maynard (below) came closest for the visitors – rolling the ball agonisingly wide when clean through – alongside several other attempts at goal.

But Preston feels as though the clean sheet can be seen as a positive following a battle-hardened contest in Cheshire.

“It’s a testament to the rest of the lads,” the centre-half told iFollow Stags.

“The back-three, or five as a whole, had to do the ugly side today but it’s nice to see we can do that and come away with a clean sheet.

“I think we should have won. It was one of those games where it was two sides cancelling each other out but I think we’ve had the better of the chances. 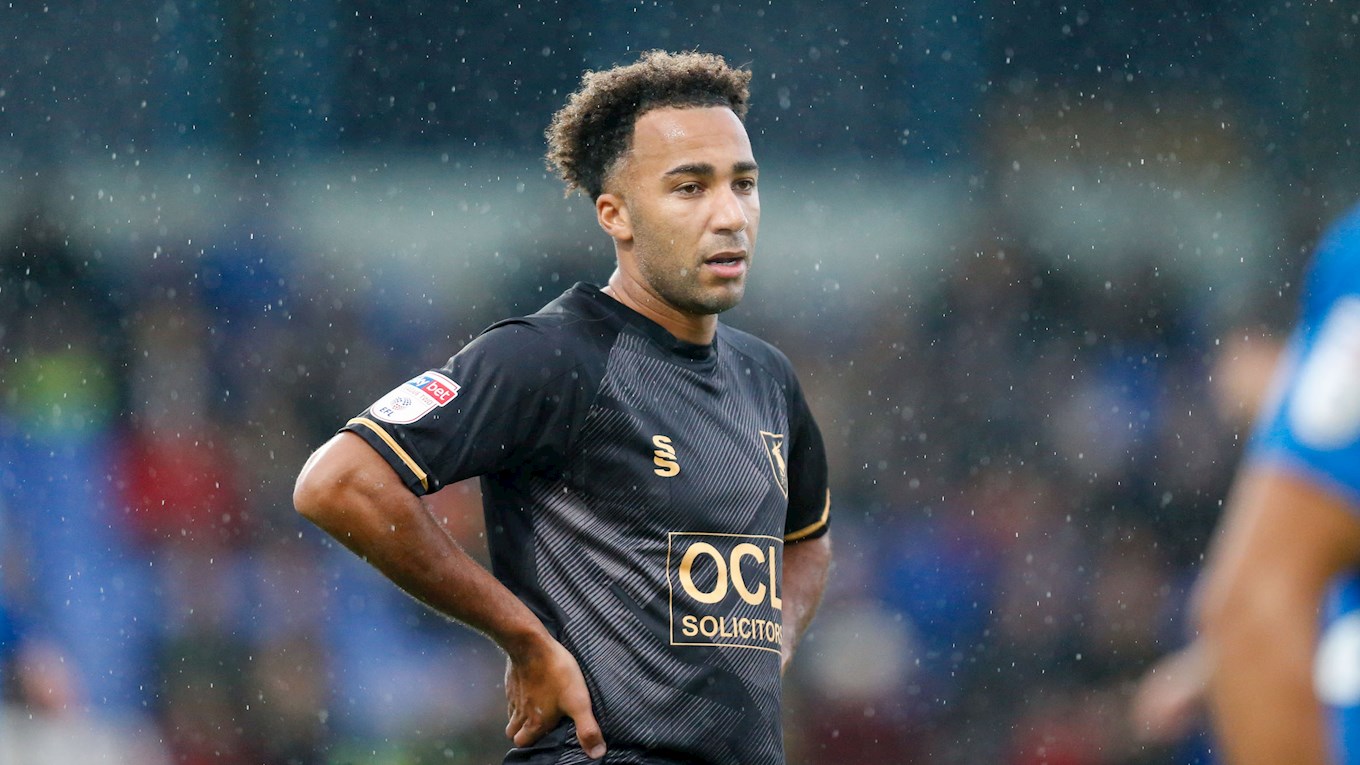 “We were unfortunate that we went to ten men at the end and then it was just a case of whether we could hit them on the break. It was more about just don’t concede.

“We should have clinched it but we haven’t – we’ll take a point and move on.”

Despite the chances, the 24-year-old believes today’s conditions played a part in neither side making a mark on the scoresheet.

“Today, it’s tough. I feel for the likes of Nicky [Maynard]  because of the conditions and the way the game’s turned out, especially second half,

“We’ve had a couple of good chances but it’s just unfortunate it hasn’t gone in. I wouldn’t say there’s anything drastic to improve.

“The pitch’s lively and the rain was coming down so it was just one of those games to grit in. We had to be resilient and we showed that with another clean sheet.”

The ex-Swindon Town man also looked ahead to the Stags’ trip to the County Ground next Saturday, where he will face his former side.

“We’re going to need a lot of what we showed today,” he continued.

“Swindon are a good team, they’ve shown that, and approaching most games in League Two it’s more about what we’re going to do rather than the opposition.

“We can build upon what we’ve done today, in terms of the clean sheet, and then add to that.

“The conditions will hopefully be better and we can play more than what we have done today, which is what we want to do.”