On Saturday, the Stags travel south to face current League Two table-toppers Swindon Town. Here’s all you need to know about the Robins…

Swindon are currently in their third successive League Two season after relegation from the third tier in 2017.

This is where the Robins have spent much of their 140-year history, sitting at the third level of English football for a total of 64 seasons.

They experienced a single campaign in the Premier League from 1993-94 following promotion via the Football League First Division play-offs.

Their most notable honour is the League Cup which they held aloft in 1969 after defeating Arsenal 3-1 in the final. This is known as one of the greatest giant killings in the competition with the Robins, at the time, sitting two divisions below their top tier opponents.

Swindon have been victorious in each of their last four League Two matches, a run that has taken them to the summit of the table, currently two points clear of second-placed Forest Green Rovers.

This is thanks mainly to their fantastic goalscoring record which sees them among the top EFL sides in-front of goal.

Only Premier League champions Manchester City (35) and League One promotion chasers Oxford United (33) have found the net on more occasions than the Robins (31).

A large amount of these have come from red-hot attacking pairing Eoin Doyle and Jerry Yates who have so far struck a combined 24 league goals between them this campaign. 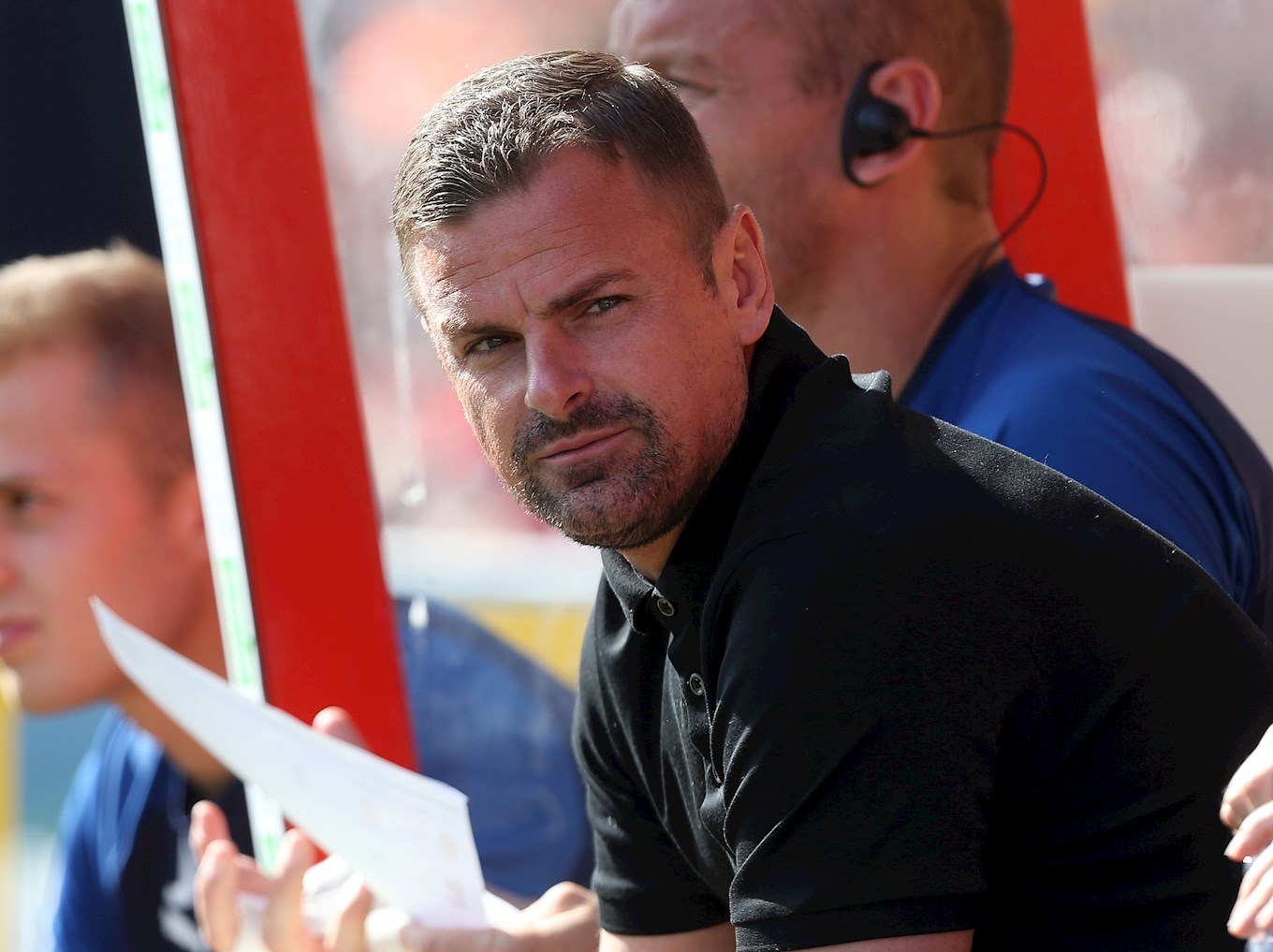 The 39-year-old is now in his second managerial position, taking charge of the Robins last November following a nine-month period with Oldham Athletic.

Now in his first full season with Swindon, he is experiencing his greatest run yet as a manager, with his side firing on all cylinders at the summit of League Two.

Wellens, a product of Manchester United’s academy, had a playing career spanning more than 18-years, over the course of which he made in excess of 600 appearances.

His most successful spell came with Leicester City as he was named the club’s player of the season in 2010-11. He hung up his boots in 2017 after a brief period with Macclesfield Town.

As mentioned previously, Wellens’ striking pairing – Doyle and Yates are currently proving too hot to handle for many League Two defences.

This was epitomised on Saturday when they combined to guide the Robins to a 3-2 victory at Salford City. Doyle struck an impressive brace and Yates fired home what proved to be the winner late on.

Out of the pair, Irishman Doyle in particular is, at present, in the form of his life, having scored four more than any other player in the EFL.

The 31-year-old’s double at the weekend took him to 16 for the season in just 17 appearances, giving him an impressive average of a goal every 92 minutes.