Mansfield Town striker Nicky Maynard says he is ‘hungry for more’ having already registered seven goals in 16 games this season.

The 32-year-old’s total is one that only Danny Rose can better in amber and blue this campaign but he still believes he has plenty more to prove in a Stags shirt.

“I’m never happy. I go into every game expecting to have chances and put them away. I aim to get as many goals as possible but the most important thing is to do well for Mansfield Town and get the three points alongside helping the lads along the way.

“I’m always looking to better the season before but I’m not one to put a marker on things – I wouldn’t set myself a goal because last time I did that I targeted 20 goals and ended up with four.”

The Stags face league leaders Swindon Town on Saturday and if they avoid defeat, they will be unbeaten in seven away from home. Maynard attributes this form to the ‘freedom’ Stags play with when on their travels. 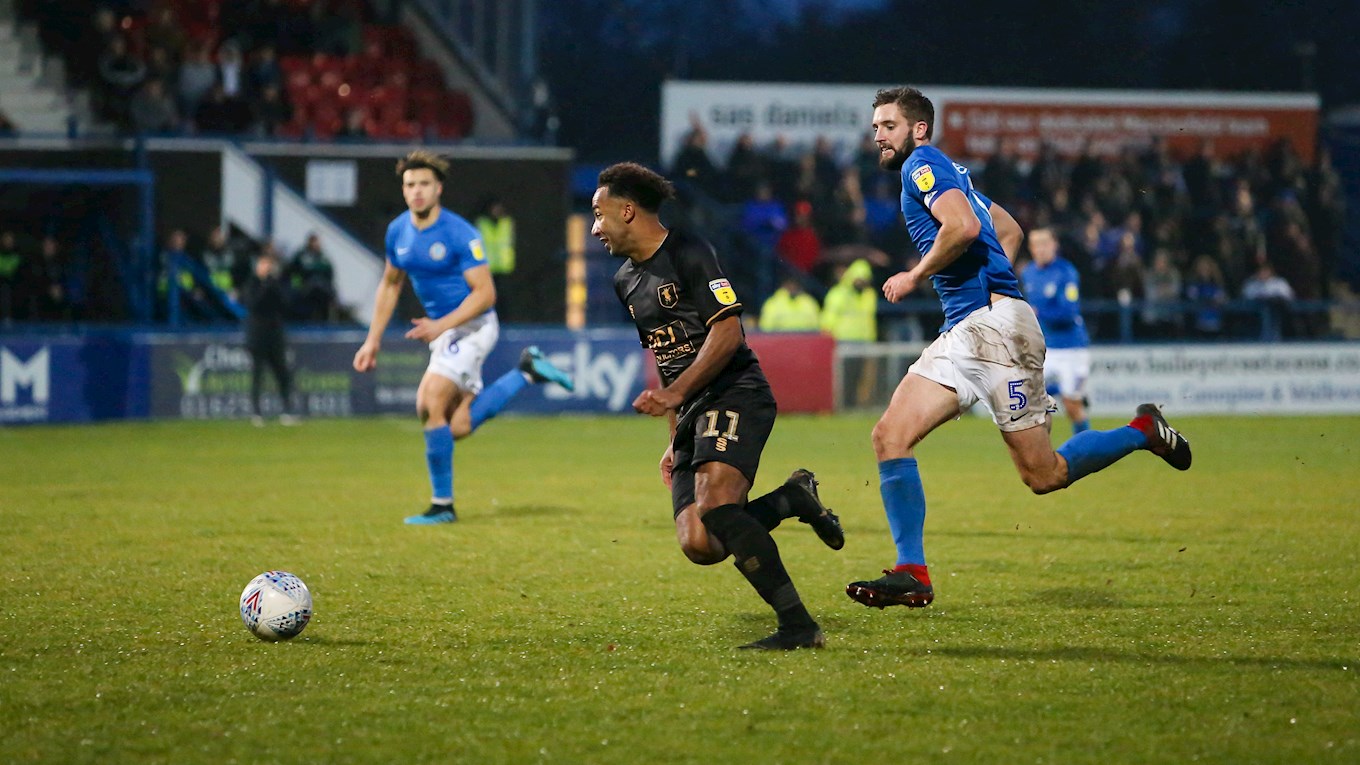 “We’re playing a bit more freely on the road at the moment. Obviously they [Swindon] are doing very well at the minute and scoring a lot of goals but we still have belief we can get a result.

“We’ve just come away from a game with a clean sheet so I’m sure the lads will have loads of confidence. We want to continue our unbeaten run. This consistency, especially going into the Christmas period, will be important for us,” said the 32-year-old.

The former West Ham player then went on to speak about the importance of the ‘experience’ the Stags possess and how that can help the younger players when in difficult situations. 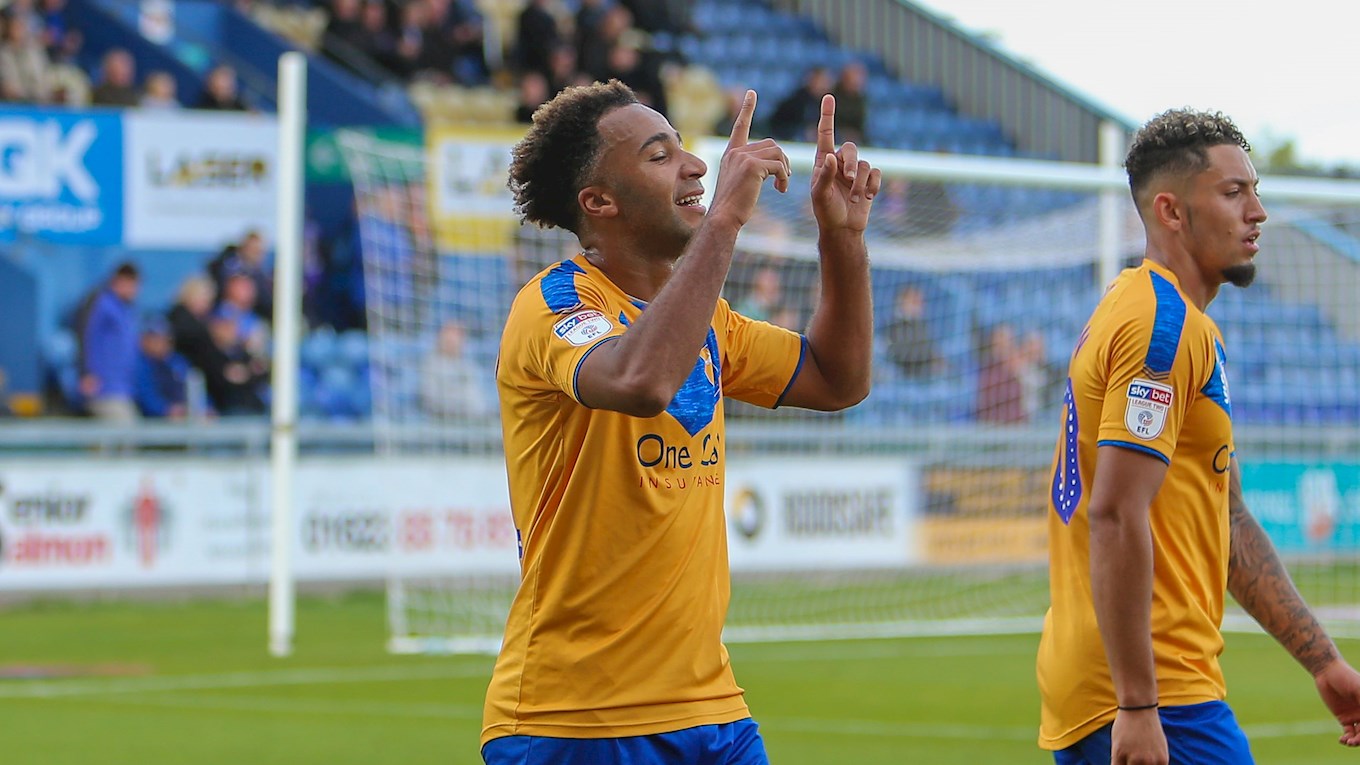 “When playing away, we know that one misplaced pass, a dribble that doesn’t make it or a shot that goes wide doesn’t get criticised.

“Some of the younger players will get disheartened and try to wow the fans to get them back on side, when sometimes you just need to do the easier thing rather than trying to be like Messi.

“We’ve got a few young players here and it’s a learning curve for them; with the experience we have in the likes of myself, Bish [Neal Bishop] and Macca [Alex MacDonald] we can always help them along the way. We’re in it together and if one player feels down, we all feel down,” added the Stags’ second top goalscorer. 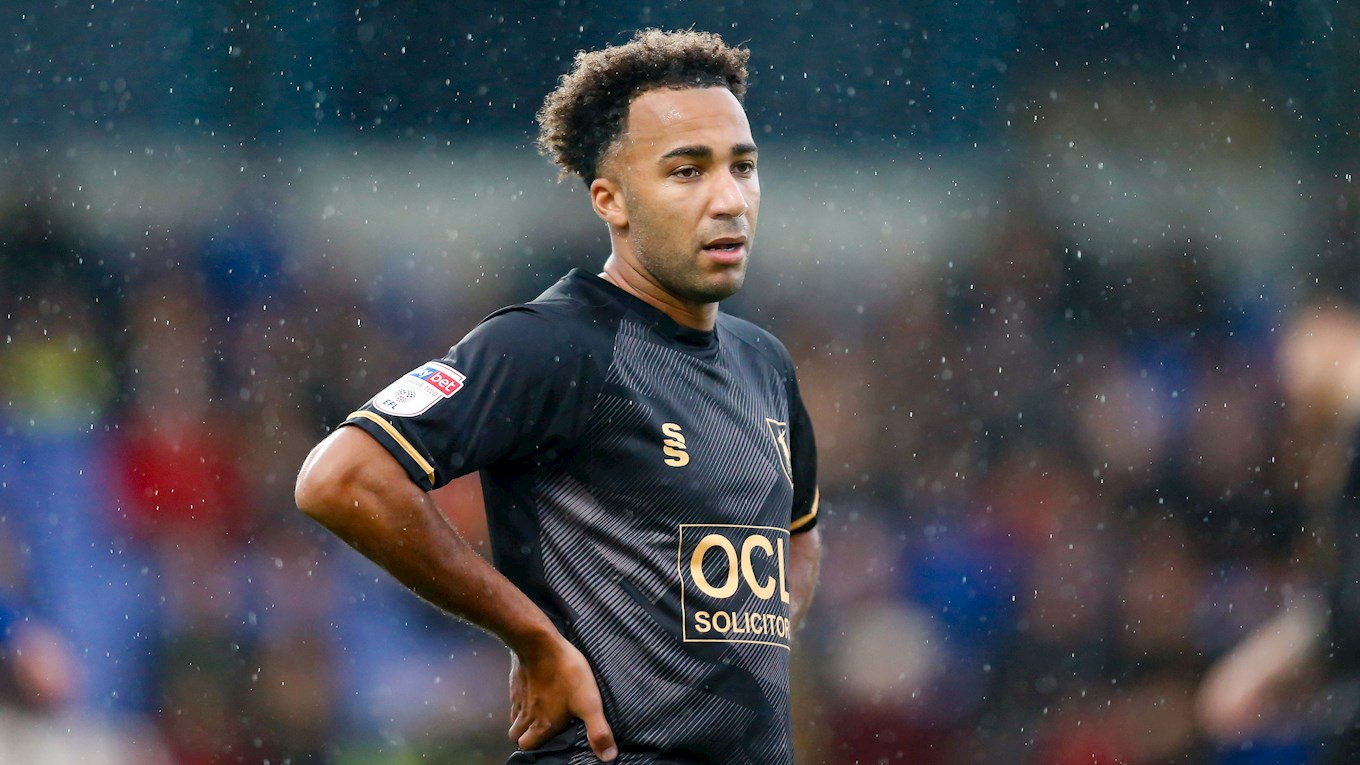 Although Maynard and his teammates are currently unbeaten in three in all competitions, he believes that ‘there’s a lot more to come’. He said: “We’re always trying to work on a few things here and there. In some games such as Macclesfield, we tried a few things but didn’t play anywhere near the levels we’d been working on.

“The more we do it, the more it’ll start flowing. Obviously we’d like to be a lot higher in the table at this point, but there are plenty of games to go.”