The frontman secured his side’s passage into the Emirates FA Cup second round with an 81st minute header, which came after goalkeeper Matt Urwin was unable to hold substitute Jacob Mellis’ initial effort.

And his seventh goal of the season proved to be the decisive moment – his predatory instincts ensuring victory over the Magpies.

“I’m pleased, obviously, to score the goal because we never played as well as we’d have liked but I’d give credit to Chorley,” he began.

“It’s nice to get a clean sheet as well – they made it hard for us but the lads dug deep, stuck to the plan of being patient on the ball and tried not to force it. 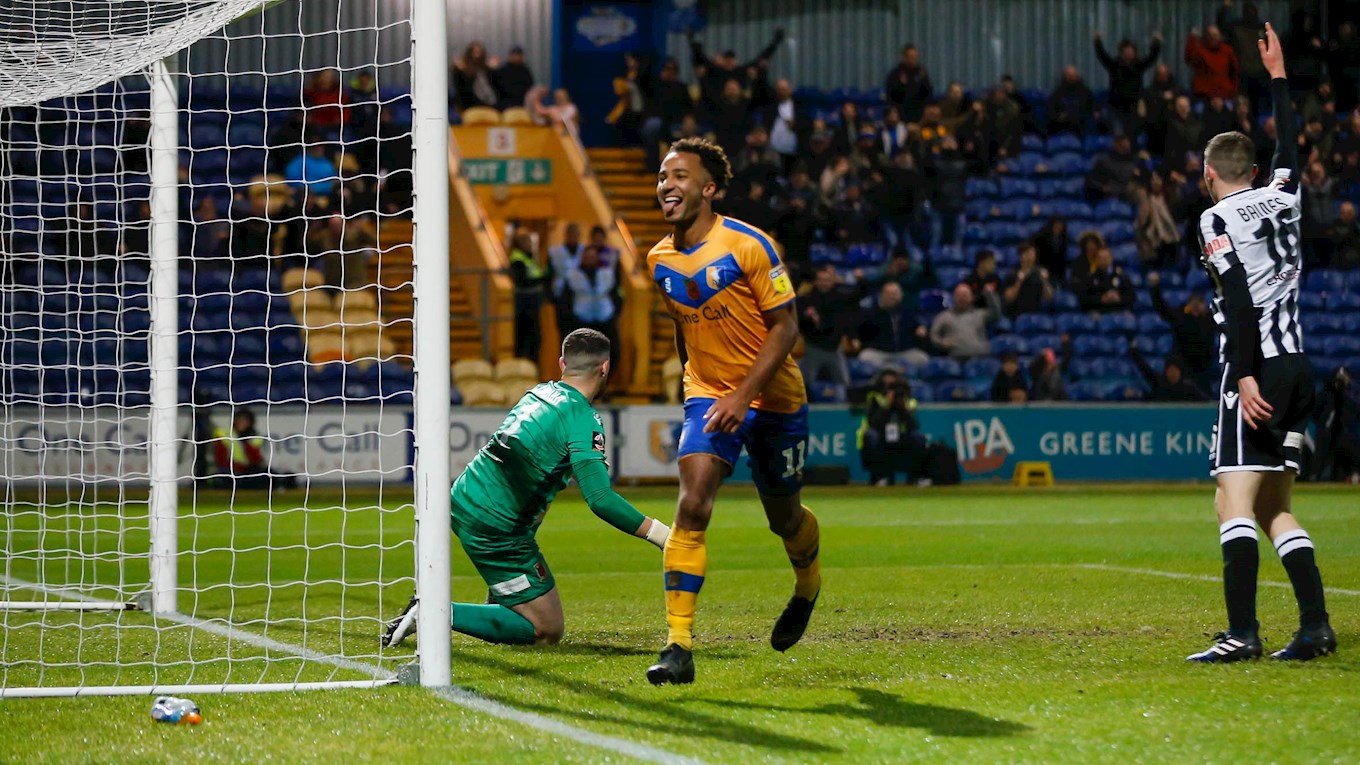 “We thought we would wear them down, which seemed to be the case but they kept going until the end.”

The ex-Cardiff man continued to praise the National League side, who made life difficult for the amber and blue at One Call Stadium.

“We have to tip our hats to Chorley because they made it difficult for us, but I don’t think we were ever in trouble of conceding.

“They had three centre-backs who were big and their wing-backs operated more like full-backs so they made it difficult to play through balls.

“We stuck to our task of using the free man to get crosses in and get shots. They put their bodies on the line; we came in at nil-nil and we just said to keep going.”

In addition, the 32-year-old believes his side must now work on patterns of play in the final third, ahead of their trip to face Burton Albion in the Leasing.com Trophy on Tuesday.

“I think we need to work on patterns of play in the final third,” he continued to tell iFollow Stags.

“We do it a couple of times and if it doesn’t come off we stop but we’ve just got to believe in what we set out to do, and sooner or later it’ll work.

“Maybe we didn’t have as much width as we’d like at times but with CJ [Hamilton] coming on that made a little bit of a difference.

“We would have liked to have won four or five-nil but it’s the FA Cup and that’s not always going to be the case – the main thing is we got through to the next round.”