A second-half fightback saw Mansfield's under-18s record a 2-1 victory away at Notts County under-18s on Saturday.

The young guns trailed at half time through Corey Bucalossi’s strike, though Joshua Scott equalised before Ryan Ingram won the game with just six minutes remaining.

Victory at Highfields Sports Complex saw the under-18s retain the Matt Salmon Trophy, in memory of the former physiotherapist who sadly passed away in 2017.

The hosts started strongly and forced Maison Campbell into a save in the fifth minute. Cameron Smith cut-inside from the left and fired at goal but the Stags’ ‘keeper was equal to it.

Two minutes later, Nathan Saunders denied Kieran Cummings as he flung himself in front of his effort to keep the game level.

The Stags threatened on nine minutes when Rio Molyneaux won a corner. From the resulting set piece, Scott could only direct Lawson’s cross over the bar.

Campbell kept parity on 13 minutes as he raced out of his goal to prevent Cummings. Tyreace Palmer held the ball up well from a goal kick and he slipped in Cummings but the 'keeper was on his toes to deny him.

Notts County opened the scoring on 25 minutes when full-back Mazhi Simmons picked out Bulacossi with a cutback. The midfielder made no mistake, emphatically firing his side into the lead.

The amber and blue responded through Nathan Caine, but the striker could only drag his shot wide from 25 yards.

With half-time approaching, some strong defending from Stern Irvine prevented the Stags from finding the leveller.

Firstly, the defender got himself in the way of Ethan Hill’s free-kick before springing to his feet to block his follow up.

Five minutes later, he was there again, this time making a timely intervention to stop Scott’s goal-bound strike.

Mansfield continued the second period as they had ended the first as they pressed for an equaliser.

Four minutes into the half, Simmons nipped in to beat Scott to the ball from Lawson’s cross. From the resulting corner, Lawson looked to find a yellow shirt with an inviting ball into the box, but saw it dealt with by the hosts.

The under-18s were deservedly level two minutes later. Ben Bayliss and Rio Molyneaux combined to devastating effect with a neat one-two inside the hosts’ box. Molyneaux then saw his effort tipped onto the bar by Brooks, but the ball dropped to Scott who poached the leveller from close-range.

Notts County responded well and could have retaken the lead two minutes later through goal-scorer Bucalossi, but Campbell was there to make a fantastic save from his close-range header.

Mansfield were somehow denied the crucial third goal during a dominant period of play, which started when Scott couldn’t quite reach Sketchley’s perfectly weighted free kick.

Three minutes after that, substitute Ryan Ingram saw his shot cleared off the line after a goalmouth scramble.

The home side struggled to clear and the ball fell to Bayliss who whipped in a delicious cross for Scott, although Brooks was there to somehow turn it over the bar.

Down the other end, Campbell denied Notts County with 15 minutes to go. Sneddon split the defense with an accurate through ball, but Cummings couldn’t beat the Stags’ stopper.

With 10 minutes to go, Ingram went agonisingly close to giving the young guns the lead as he directed Molyneaux's cross wide.

Four minutes later though, he made no mistake winning the game for his side from a similar position. This time it was Scott who picked him out with a cross from the other side and Ingram fired home from close range.

The Stags had to survive a late onslaught to claim the points as their Nottinghamshire rivals threw everything at them to try and force an equaliser.

With the hosts totally committed in attack, Hill led a counter-attack, surging past three County defenders before picking out Ingram, who was denied by a smart save from Brooks.

Notts County had one final chance through Emillio Stavrov. From a corner, the ball fell to the defender on the edge of the box but George Cooper was to block what looked a certain goal.

The young guns saw out the game and claimed a hard-earned victory, as they completed a double over their local rivals.


Mansfield Town were left to rue missed chances as they fell to a narrow 1-0 defeat against Cheltenham Town at Jonny-Rocks Stadium on Saturday afternoon. 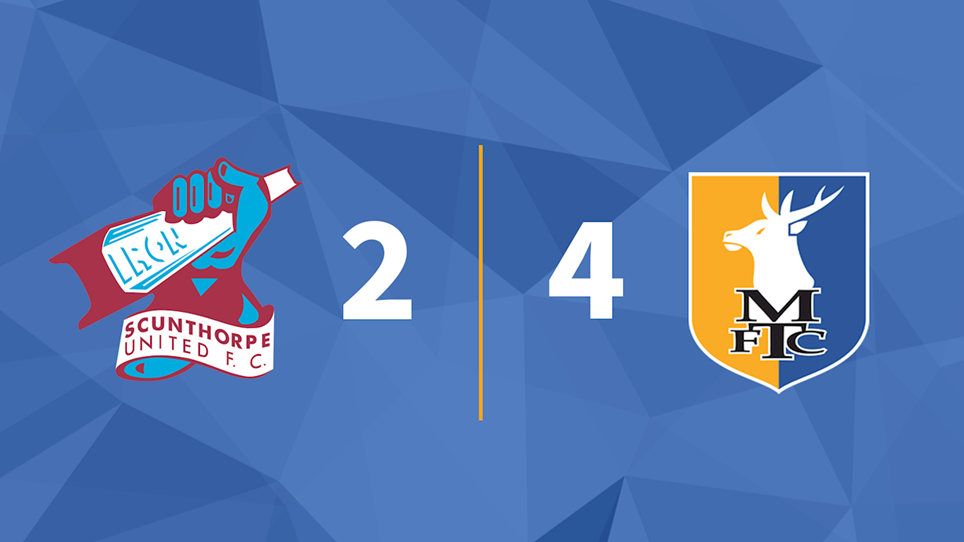 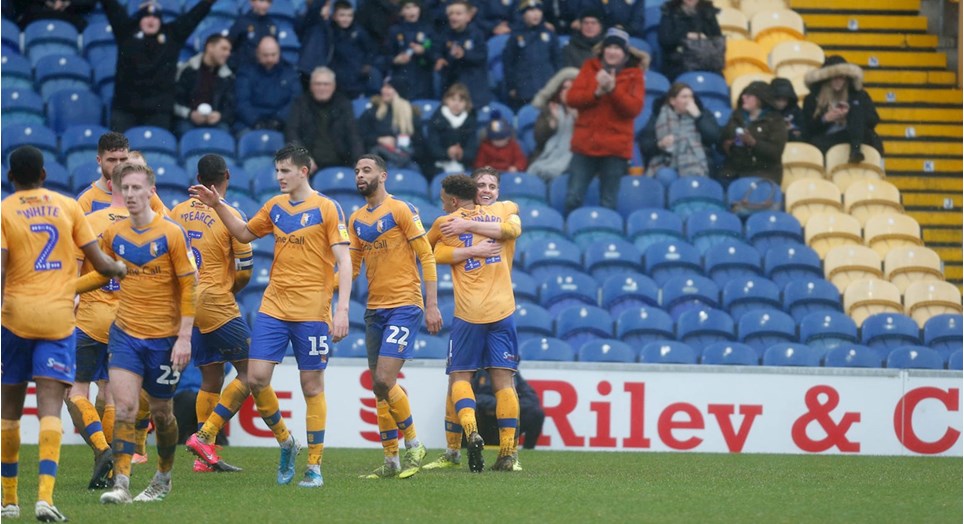 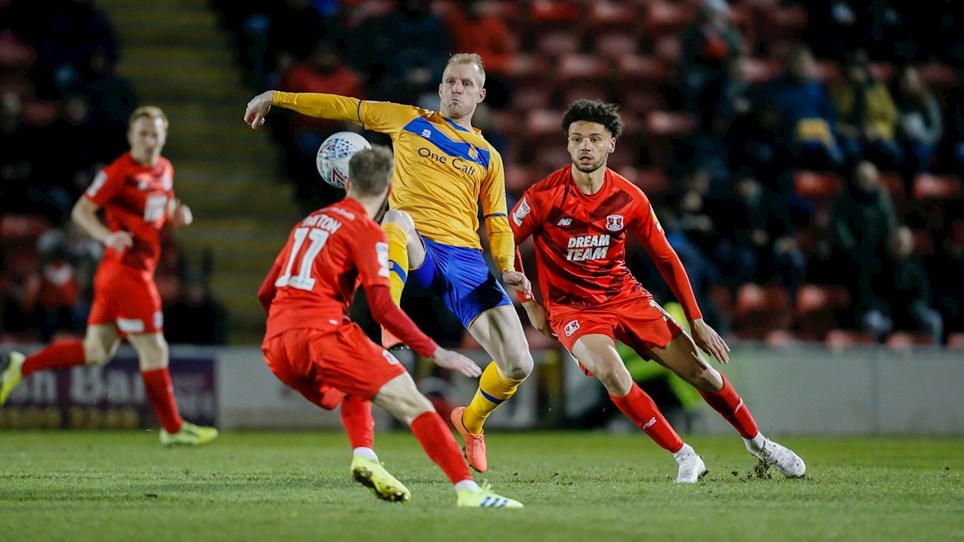