Goalkeeper Conrad Logan labelled this afternoon’s narrow 3-2 loss at home to Colchester United as a ‘sucker punch’ following a positive month of results during October.

The Stags were able to accumulate 10 points from five Sky Bet League Two fixtures as they sought to pick up three more against the U’s this afternoon.

Instead, it was the visitors who claimed victory, despite Logan making a fine penalty save from Frank Nouble early in the second period.

And the amber and blue ‘keeper shared his disappointment after not being able to build upon their growing league form.

“We’re disappointed, it’s a home defeat and a little bit of a sucker punch because things we’re going the right way over the last month,” he began.

“We’ve got to go again. We had some opportunities in the second half and then we kicked ourselves, really. 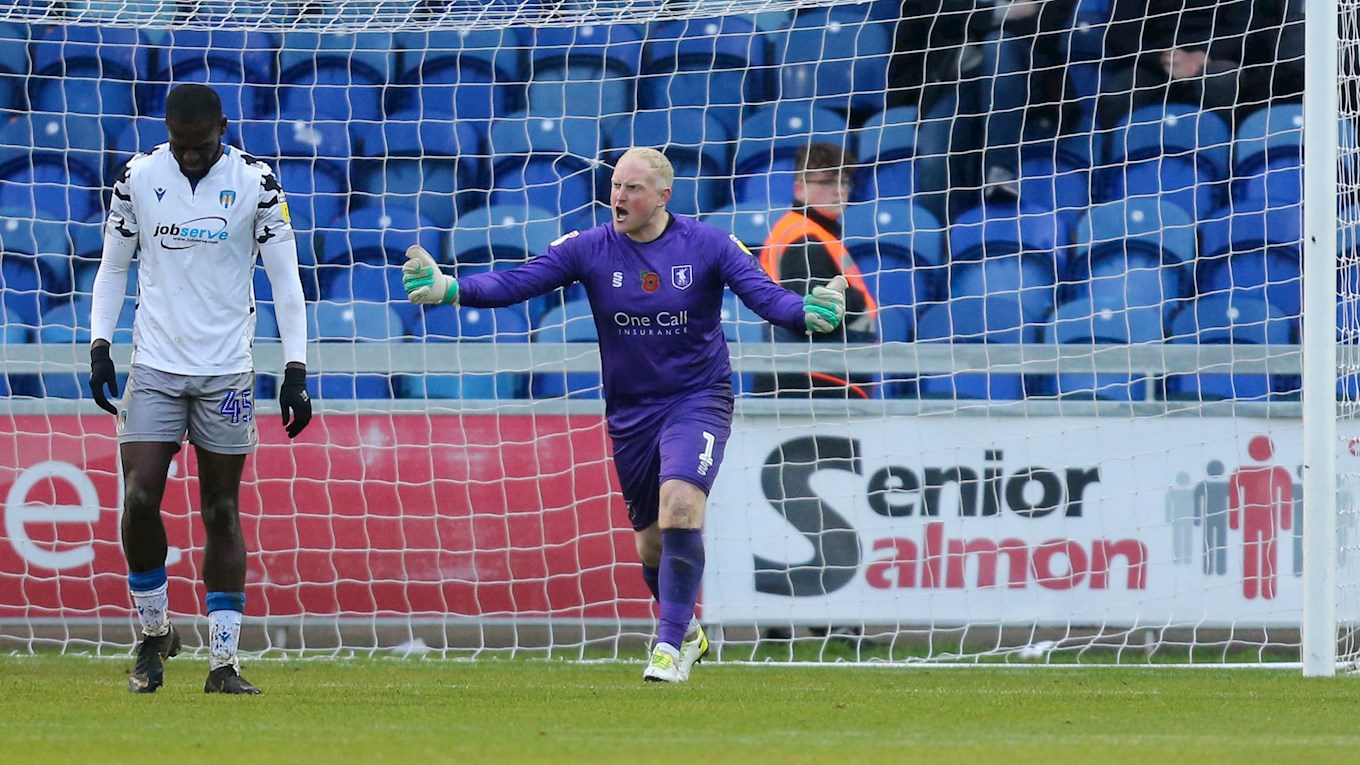 “We had the chance to put the ball in their box, they ended up clearing it and come down the other end to score from our attack.

“Then, the game opens up and we need to try and rectify that situation, but we were hit with another – which does happen when you’re 2-1 down.”

The former Hibernian shot-stopper produced another fine individual display, which earned him the sponsor’s Man of the Match award at One Call Stadium.

“Any save for a goalkeeper’s important. When you make a save, we rode our luck a little but it’s just part and parcel of it.

“It was a good save [from Poku’s effort] but unfortunately it wasn’t to be. 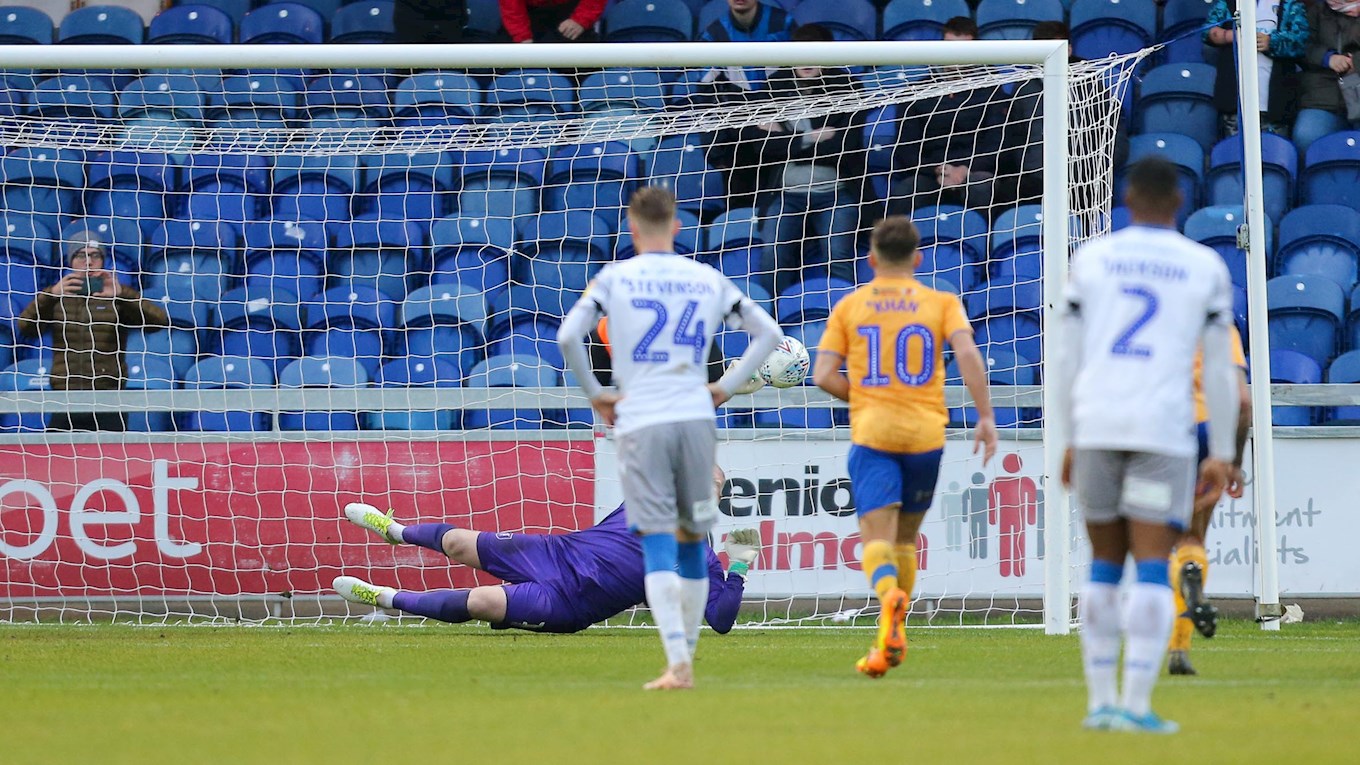 “It [Brandon Comley’s goal] was a great strike – sometimes you just have to tip your hat when someone strikes a ball like that.

“The other goals we all take collective responsibility for. We want to dig each other out and if someone makes a mistake, maybe the next person will get a chance to rectify that.”

The 33-year-old also reserved high praise for John McGreal’s side who sit eighth in the league table. 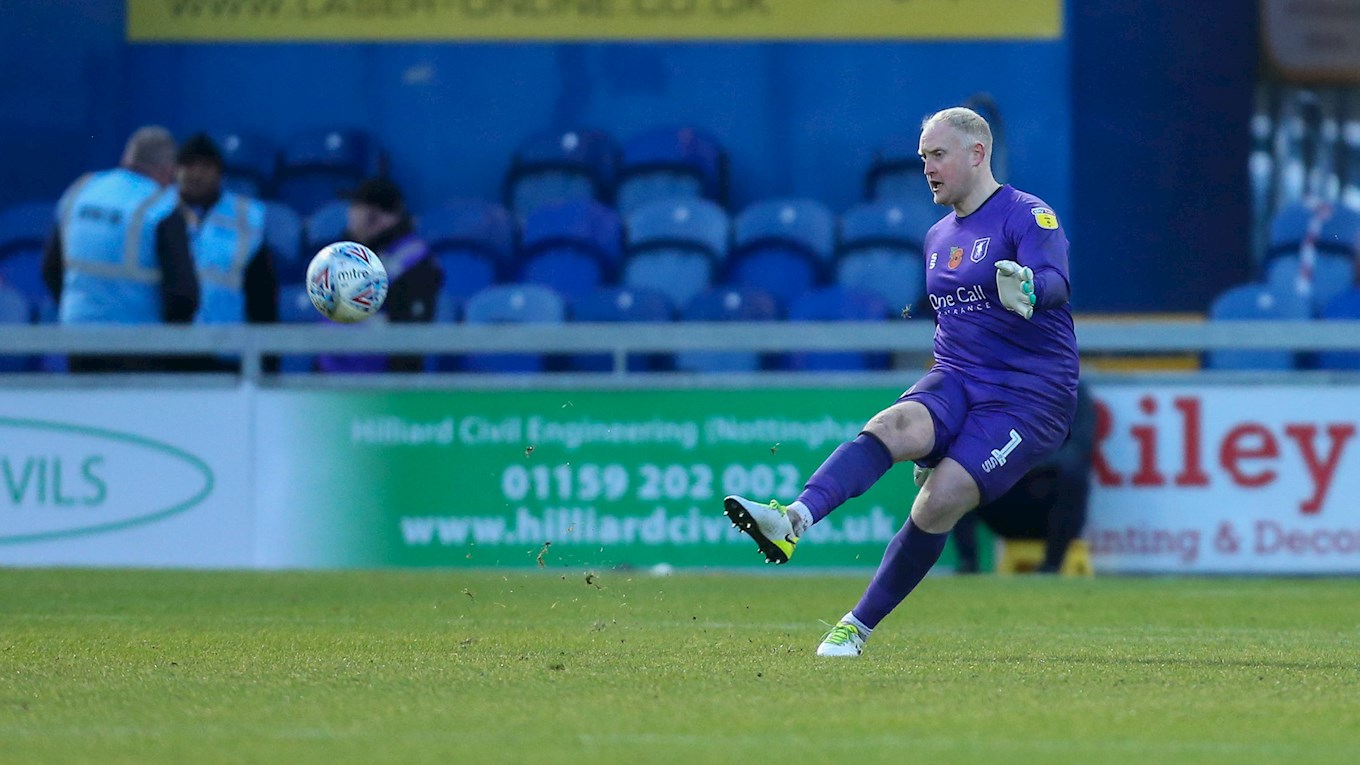 “I thought Forest Green were one of the better sides we’ve faced this season, but they [Colchester] are a good team,” he continued.

“They set their stall out, make things difficult for us and the use powerful, quick players that can break on you.

“They used that to their advantage and stuck to their game plan. I think, from the teams we’ve played so far, they aren’t going to be far away come the end of the season.”