Stags’ boss John Dempster believes his side did enough to earn ‘at least a point’ away at league leaders Swindon Town, following a game in which the amber and blue crafted several goalscoring opportunities.

The Robins took the lead in the first-half through Eoin Doyle – who leads the Sky Bet League Two scoring charts with 17 goals to his name – yet coughed up plenty of chances to Mansfield, especially in the second-half.

After a positive performance, the manager credited his players for ‘giving everything,’ but conceded that results need to coincide with good displays.

“I thought the players gave everything – we threw everything at Swindon. We had some good opportunities,” he told iFollow Stags.

“Richie [Wellens, Swindon manager] has put a good team together and I don’t feel we’re far off them. But it’s a results business and we’ve lost a football game, so we’re disappointed. 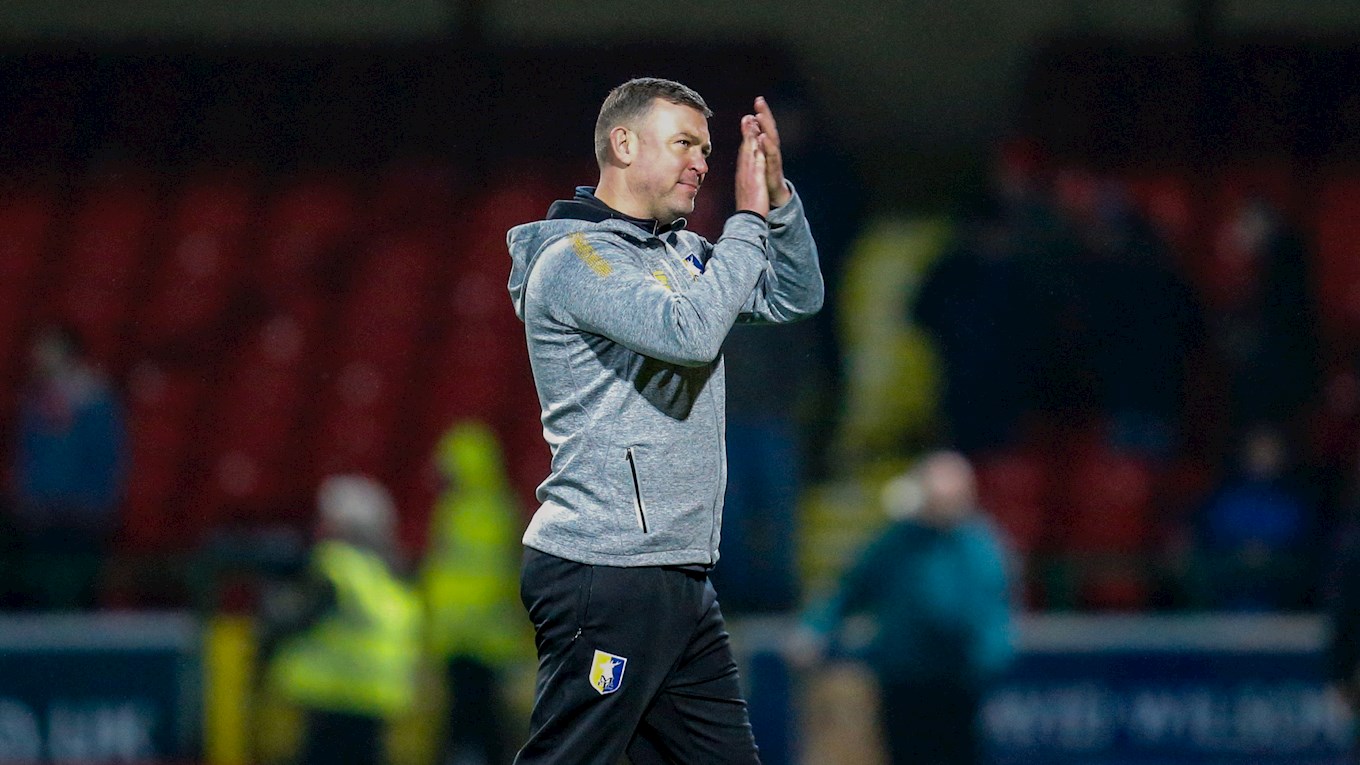 “[We deserved] at least a point – you can’t question the players’ efforts, but we just couldn’t get that goal.

“We certainly got into some very good areas at the end of the first-half and dominated the second-half.

“There were some really good opportunities for us and I’m disappointed that my more attacking players haven’t been more clinical in their box.

“We have some good players within our squad. We had some created players on the pitch and we probably weren’t brave enough in the first 20 minutes.

“We started to open them up and you could see our confidence lift. It’s another reason why we’re very disappointed not to score, but the effort from the players can’t be questioned.” 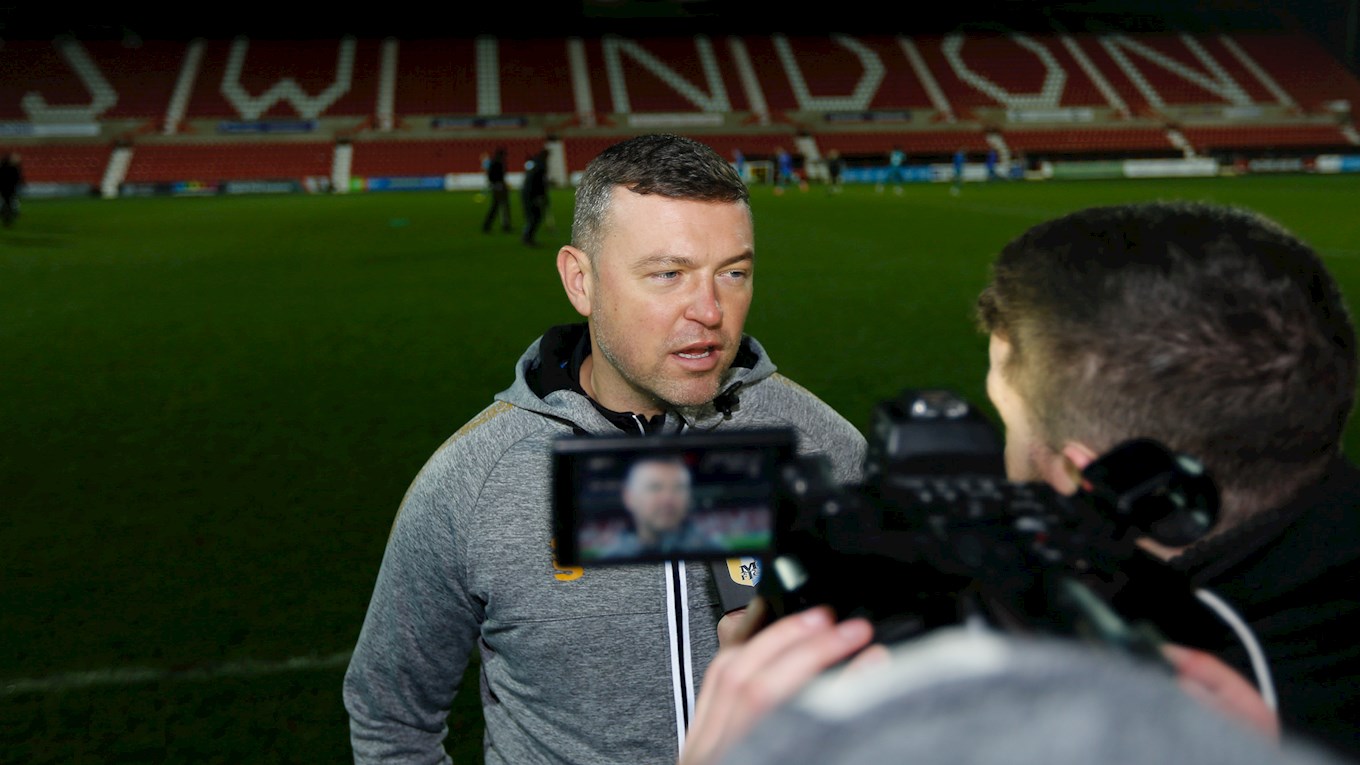 The boss spoke about his more attacking starting XI for today’s game, adding that his side travelled to the league leaders with the aim of taking all three points.

“We wanted to come here and win, regardless of them being league leaders,” he said “They’re in good form, but we felt we had the players in our squad to come and win a football match.

“When you look at the chances we created and the way we played, it’s just a shame that we couldn’t capitalise on the possession we had and the opportunities we created.

“We need to win football matches, so there’s no point sitting back. We’re well aware that we need to do that and this squad is very capable.

“So going forward, we’ll always be positive. But you have 11 players opposite you, trying to nullify you and win a match as well, so it doesn’t always turn out how you want.

“Everyone has an opinion about football, that’s why it’s the game we all know and love – but today we wanted to come here and win a football match, it’s as simple as that. It’s about how you react next week.

“If you play a certain player in a certain position, depending on their skills and attributes, it can make a team look more attacking. Today we wanted to be positive and we were.” 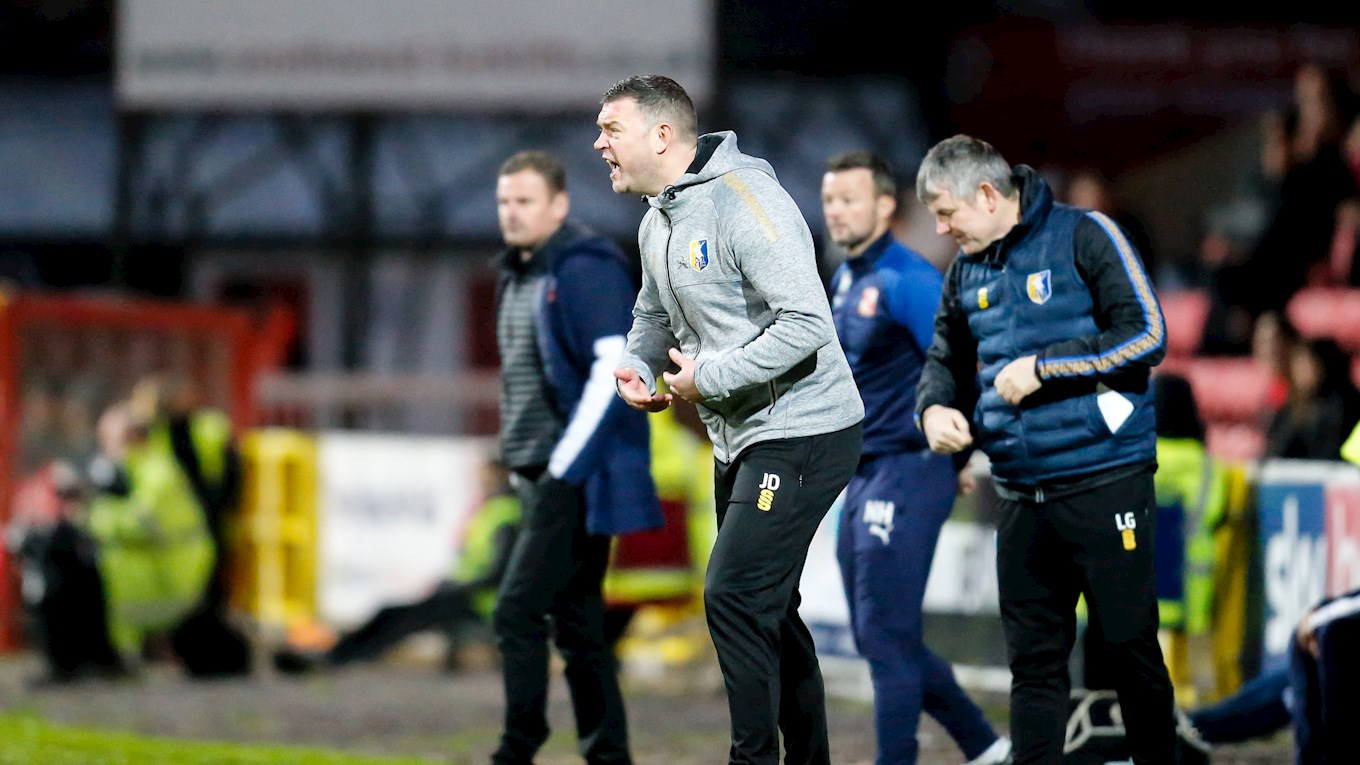 There was also a full league debut for 20-year-old midfielder Alistair Smith, someone who John Dempster is ‘proud’ of, having coached the youngster during his time as academy manager.

“I am proud of him [Smith]. He deserved an opportunity as he was outstanding at Burton and played very well for the reserves.

“He’s been training immaculately and I was proud to see him make his full league debut today.

“It’s just a shame that he can’t look back on that debut with a win – I did mention that to the players before the game.

“Alistair has been on a journey since being released from Hull at 16 and he’s come on leaps and bounds, so that was certainly one of the positives of this afternoon.”